Despite the populism ingrained in writing songs for film, Kaifi has left behind a body of work that is infused with his worldview. 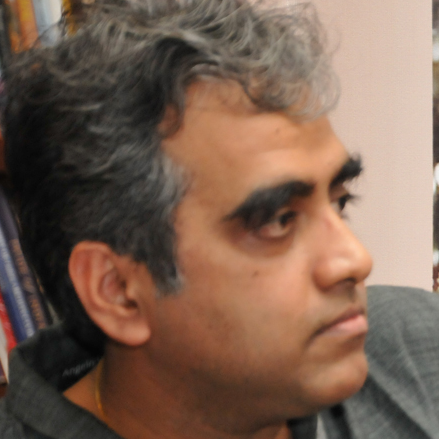 Kaifi Azmi was all of 11 years old when he wrote this most evocative of ghazals. Enthusiastically received by the audience at a mushaira, it eventually reached Begum Akhtar, who set it to music and turned it into a phenomenon. And a poet was born.

Though a lifelong card-holding member of the Communist Party of India, Kaifi began his formal education at the Sultan-ul Madaris in Lucknow, thanks to his father who wanted at least one child of his to be acquainted with their religion. However, it didn’t take long for the iconoclast and the firebrand in Kaifi to come to the fore.

Inspired by the incendiary Angarey (a collection of nine short stories and an one-act play) and his encounter with progressive writing of the era, he first set up a students’ union at the madrasa and then launched a year-long strike during which he composed a poem every day to keep the embers of the protest burning. Eventually he was thrown out of the madrasa, thus calling a halt to his religious education.

His career as a lyricist took off in Shahid Latif’s Buzdil (1951) with the song ‘Rotey rotey guzargayi raatre’ composed by S.D. Burman. His early work as a writer came in Nanubhai Vakil’s films like Yahudi Ki Beti (1966), and ironically enough his biggest success in that early phase came with one of Hindi cinema’s most celebrated flops, Kagaz Ke Phool (1959).

Though he is known for his poetry, he later also made a name for himself as a writer, most notably in two films that stand testimony to his genius: Chetan Anand’s Heer Ranjha, where he managed the unimaginable feat of writing the entire dialogue in rhyming verse, and with his script and dialogue for M.S. Sathyu’s searing partition drama Garam Hawa.

Despite the populism ingrained in writing songs for film and the constraints of context and commerce, Kaifi has left behind a body of work that, in the words of translator Rakhshanda Jalil, speaks of ‘a poetic temperament that brought together, almost instinctively, the radical and the progressive with the lyrical and the romantic’. Given the accepted norm in the Hindi film industry, of writing words to a given tune, Kaifi memorably likened the task to first digging a grave and then looking for a corpse to fit in.

On his 100th birth anniversary – he was born on January 14, 1919 – here is a list of ten of his most memorable songs, where he managed to do a more than just fit a corpse to a grave, infusing each with his own worldview. In a chat with this writer, his daughter, Shabana Azmi, gave a telling example of the optimism that characterised his writing. For the film Ek Pal, Kaifi writes ‘Aanewali hai bahaar’ on the birth of a child to an unwed mother.

1. ‘Waqt ne kiya kya haseen situm’ (Kagaz ke Phool, 1959): Arguably Kaifi saab’s most memorable Hindi film song. To begin with there wasn’t even a situation for the song in the film. It was only after Guru Dutt heard the mukhda that he decided to conjure a situation for it, in the process creating a song that is iconic as much for its evocative lyrics and its lilting melody as it is for its ground-breaking cinematography.

3. ‘Karchalein hum fida’ (Haqeeqat, 1964): A song that has achieved an almost anthem-like stature, this marked the beginning of the creative collaboration between Kaifi Azmi, Chetan Anand and Madan Mohan which delivered some of Hindi cinema’s finest songs over the next decade.

Despite the success of the songs Kaifi had written so far, the films had failed at the box office, none so spectacularly as Kagaz ke Phool, and Kaifi was being written off as jinxed. So when Chetan Anand approached   him to write for Haqeeqat, Kaifi’s first response was, ‘Why do you want to work with someone who is considered manhoos?’ Chetan Anand responded, ‘I am also supposed to be jinxed so why not work together because two negatives could make a positive.’

5. ‘Meri awaaz suno’ (Naunihal, 1967): Another iconic number in Kaifi’s repertoire of great songs, this has attained cult stature, as much for its words as for the fact that it was shot as a voiceover of Jawaharlal Nehru as his funeral procession made its way to the burning ghats.

6. ‘Yeh duniya yeh mehfil’ (Heer Ranjha, 1970): A high point in the celebrated collaboration between Chetan Anand, Madan Mohan and Kaifi Azmi, probably no other song conveys the despondency of the lover who has lost it all in love than this dirge, memorably rendered by Mohammad Rafi. No words express the angst of the mad lover Ranjha better than these – I have no use for the world and its festivities.

7. ‘Chalte chalte’ (Paakezah, 1972): Always a master at conveying the innermost feelings and desires of a woman, Kaifi outdoes himself in an album that boasts 16 other classics, many by other lyricists. No one has communicated the despair of a tawaif as eloquently as Kaifi Azmi does in the words, ‘Jo kahi gayi na mujhse who zamana kah raha hai, ke fasana bann gayi hai, meri baat talte talte’. Arguably the greatest mujra ever in Hindi cinema.

8. ‘Tum jo mil gaye ho’ (Hanste Zakhm, 1973): If ‘Yeh duniya yeh mehfil’ is an ode to the despair of love, ‘Tum jo mil gayeho’ epitomises the sheer abandon of being in the company of the beloved. In keeping with the standards set by the troika, this number is brilliantly shot by Chetan Anand, with Madan Mohan’s bluesy composition doing full justice to Kaifi’s words dripping as much with joie de vivre as with the rains that lash Marine Drive in all its fury.

9. ‘Tum itna jo muskara rahe ho’ (Arth, 1982): It’s a pity that one has to restrict a list a list like this to ten songs, because like Haqeeqat and Hanste Zakhm, every song in this film deserves to be in any list of Kaifi Azmi’s best. If I choose this it’s because once again Kaifi Azmi shows his intuitive understanding of the feminine psyche in the brilliant words ‘Aankhon mein name hansi labon par / Kya haal hai kya dikha rahe ho’, enacted brilliantly by Shabana Azmi trying her best to hold back her tears, having received her divorce papers on her birthday.

10. ‘Itne bazoo itne sar’ (Main Azaad Hoon, 1989): Based on Frank Capra’s classic Meet John Doe, this film, a forgotten gem stars Amitabh Bachchan in one of his most atypical roles. Uncharacteristic for its time, the film had just one number – a stirring call for action sung by Bachchan himself – that harks back to Kaifi Azmi’s lifelong commitment to the masses and the optimism that was an integral part of his worldview.


Shantanu Ray Chaudhuri works as an editor for a publishing house and is a film buff.