The Accidental Gallerist and the Making of Indian Modern Art

Kekoo Gandhy was with the early Bombay progressives and helped them by showcasing their works. In December 1947, six young artists met in Bombay and decided that Indian art now needed to create its own distinct idiom which would neither be inhibited by Indian artistic ‘tradition’ nor blindly ape the west. Theirs would be a unique way, one that would reflect the newly formed nation – international in approach, Indian in sensibility. Thus, they would reject the Company school and academic styles of JJ School of Art, and also the sentimentalism of Bengal. They were dreaming big.

The six artists – M.F. Husain, Sadanand Bakre, F.N. Souza, K.H. Ara, S.H. Raza and H.A. Gade – set out to explore that artistic expression and were soon joined by others, such as Vasudev Gaitonde, Mohan Samant and Krishan Khanna. Nudging them along was Walter Langhammer, an Austrian émigré artist then based in Bombay, and standing right with them, ready to provide them space and an audience, was Kekoo Gandhy, scion of a Parsi merchant family who had just returned from England and got into the framing business.

It was a moment of serendipity in a Bombay that was fashioning itself as a modern, cosmopolitan city that welcomed the new and was not burdened with the past. 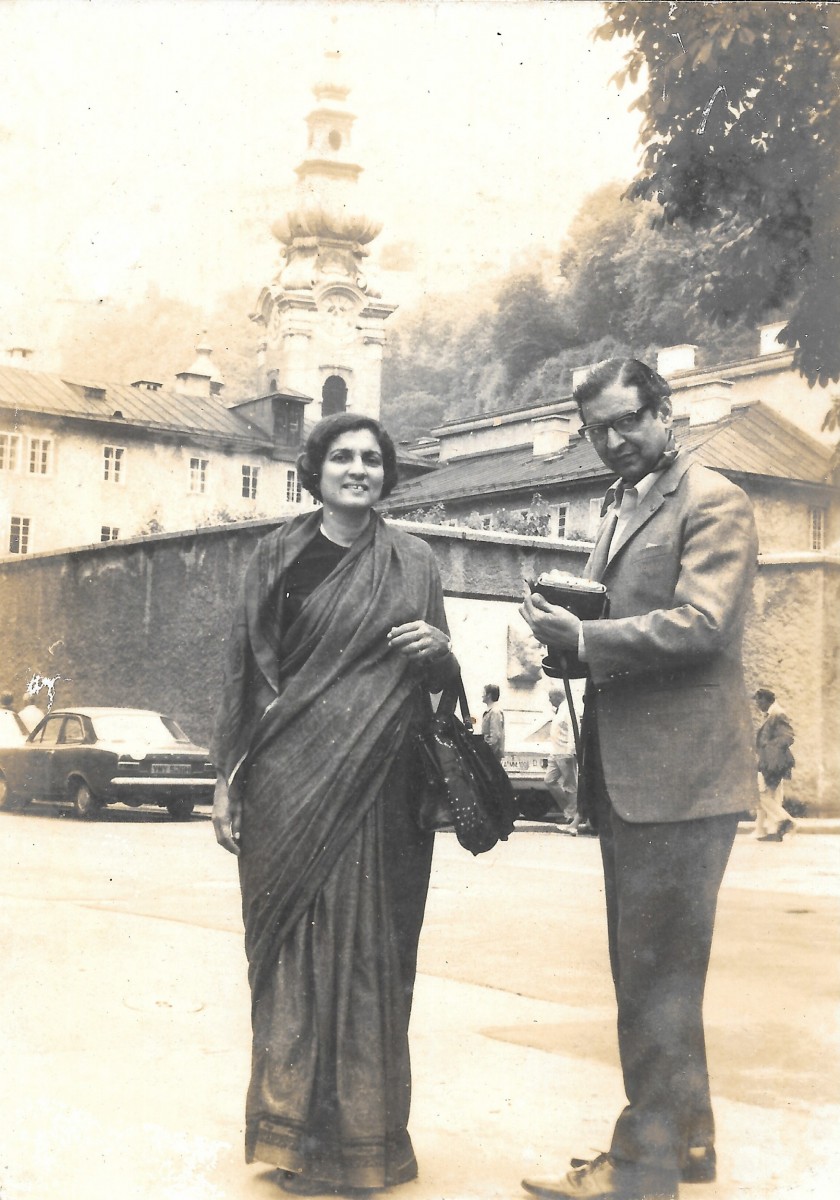 The documentary Kekee Manzil – A House of Art (the name refers to a century-old grand family mansion) tells us the story of Kekoo Gandhy, and through him, of India over 60 years after the hope and optimism of the post-independence phase to the slide into communalism of the 1990s.

Bombay those days was not just a melting pot of communities from all over the country – it was also full of expats, refugees from Nazi Germany and Austria and Italian prisoners of war. A few years later, independence arrived and Bombay, like the rest of India, exploded into joy, though the birth of the new nation had been bloody and violent. The city was alive with possibilities and optimism.

Kekoo’s entry into the world of art was a consequence of a series of fortunate events. “My father was a chancer,” intones his daughter Behroze in the voice over, and it soon becomes clear why.

Back home from Cambridge for holidays, he could not return to university because the war had broken out. It was generally understood that he would join the family business of dealing in tobacco, but one day Kekoo and his brother Dara helped a Belgian whose car was stuck in the sand in Juhu. The Belgian talked about the difficulties his frame moulding business was suffering. One thing led to another and Kekoo, helped by a family loan, set up a factory making frames. Soon after, a shop was opened in south Bombay.

Meanwhile, Kekoo had also run into a few Italian POWs; some of them were artists. They came over to cook for the family, and he displayed their paintings, encouraging his friends to buy them.

Then one day Langhammer walked into Chemould to buy frames for his paintings. He introduced Kekoo to this young group of artists – he also steered the artists towards European art, veering them away from academic styles of drawing and painting. Kekoo offers to showcase their works in his shop, making them more appealing by putting them in frames. The circle is complete.

Also read: What Is Home? A Poet’s Quest for an Answer

The influence of Langhammer is visible in the early works of these artists – the brush strokes are more layered, the themes become more complex. The colours often are Indian, the technique European. “Indian abstraction – what is it?” asks Anish Kapoor; the artists infused it with the “narrative traditions” of this land. The works were not merely mimicking European styles – they were referencing them, while firmly telling Indian stories. Husain’s fluid brushwork (there is some great archival footage of a young Husain painting, shirtless), Souza’s angry strokes, Gaitonde’s enormous subtlety – we can see the beginnings of not just a trend, but art history itself, which would influence painters for generations to come. Not surprising therefore that the works of those masters still sell at multi-million dollar prices.

Gallery Chemould was opened in 1963 on the first floor of Jehangir Art Gallery and from then on, became a fixture on the city’s cultural scene. Tyeb Mehta’s first solo exhibition was held there in 1964, and any number of artists over the decades, such as Atul Dodiya, have made their debuts in that space.

The nearly two-hour long documentary has been produced and co-scripted by Kekoo’s filmmaker daughter Behroze. It has been in the works for 20 years, during which she researched, and interviewed her ageing parents, artists of the period such as Tyeb Mehta and Raza, as well as other international figures such as Anish Kapoor and Salman Rushdie, who had a Kekoo Gandhy-like character in The Moor’s Last Sigh. 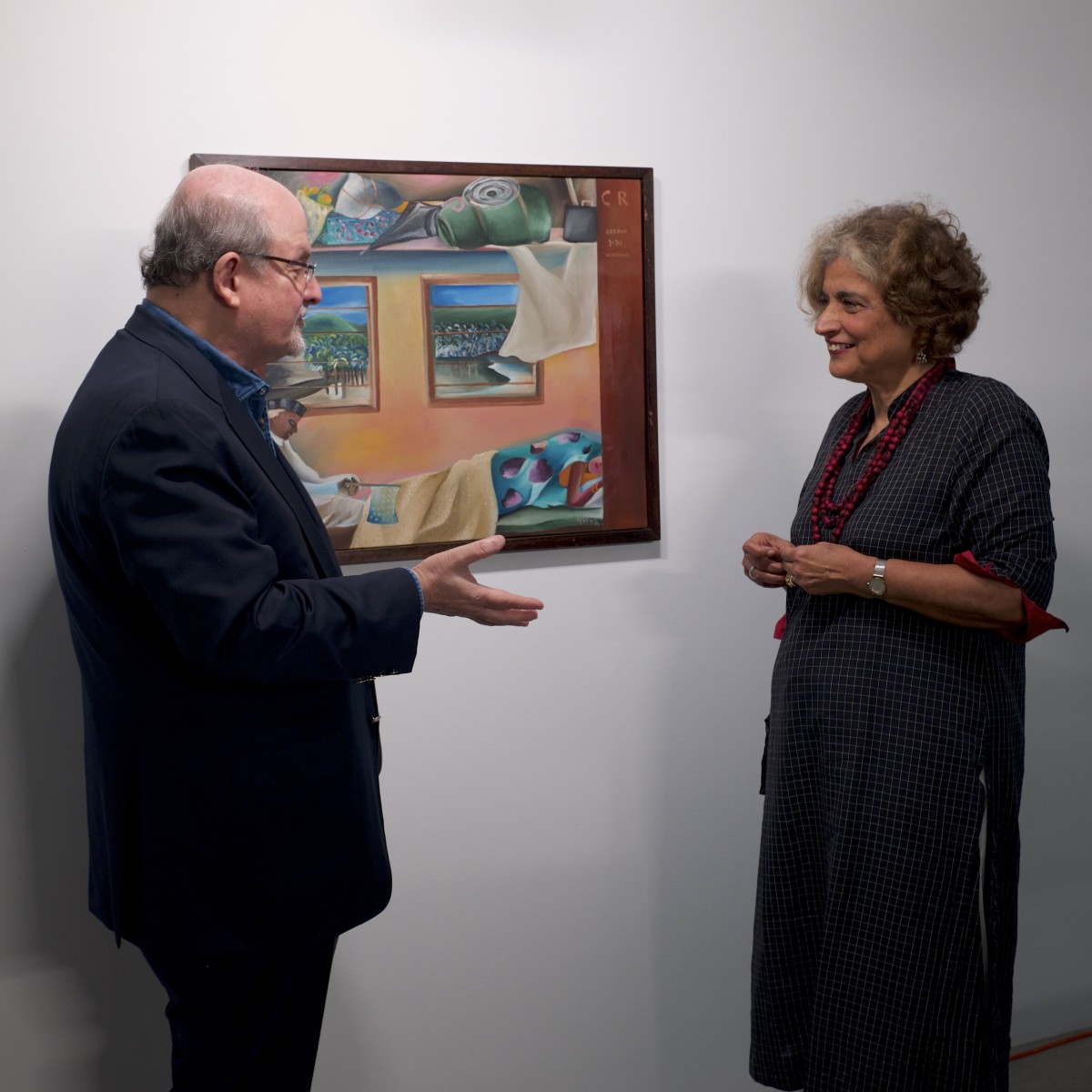 A film about one’s father has the potential to become sentimental, even maudlin. Kekee Manzil has a fond look but Behroze retains a distance, not glossing over his weaknesses and foibles. “Why are you so terribly social – isn’t your family enough?” she admonishes him, recalling that he was rarely at home. He switches to another topic. It stops just short of being bittersweet – the daughter does realise how important their work was, how significant their contribution.

While there is much family nostalgia, heightened by the use of films of childhood and family outings, the backdrop remains in full view – early Bombay, innocent India, and then, a rapidly changing city and country that seems very distant from the founding values of the Republic.

Citizens Kekoo and his wife Khorshed emerge as firm upholders of the country’s liberal, secular and democratic ethos, resisting all the onslaughts on it. The Gandhy home became a refugee for anti-Emergency activists, he even approached Bal Thackeray during the riots (Thackeray denied his ‘boys’ were involved), and tried to muster up support from the artists community for Husain – there was complete silence from the artists’ community to that.

Anyone interested in not just Indian art but post-independence Bombay (which became Mumbai in 1995) and India’s journey over six decades, will find the film engaging and enlightening. The director Dilesh Korya maintains an even pace, keeping the story moving forward; Talvin Singh’s terrific background score heightens the mood at different times.

Surprisingly, there are few, if any, images of the early days of the space, when so many shows were held there. What did the artists and their works look like in the 1970s and ‘80s when shown in Chemould? The evocative posters of all those shows, which could have been like time travel, are also not to be found.

What we do see are some glorious works of art by names that were unknown at the time, but are considered masters today. The group broke up in 1951, as artists went their own way, some leaving the country, others staying on to continue their work in India. Times must have been tough – there were hardly any buyers – but the spirit of adventure, of experimentation and most of all, of a deep commitment to art, remained. Their legacy informs not just the artists of today, but all of us.