The play, directed by Abhishek Majumdar, looks at the "Kashmir issue with compassion and sensitivity" and should not have been cancelled. 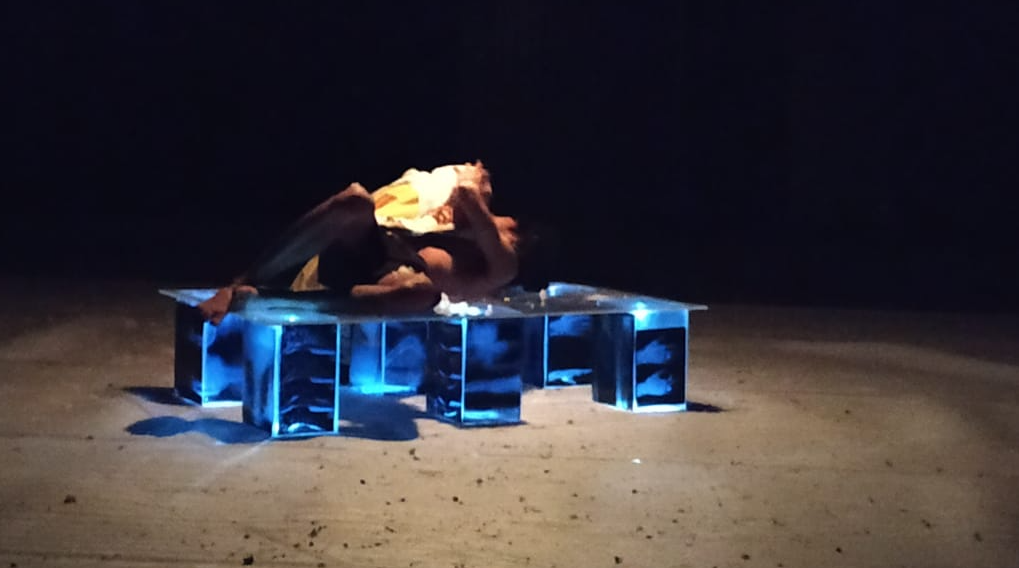 A photograph from a previous performance of the play. Credit: Special arrangement

New Delhi: A play on stone-pelting in Kashmir, scheduled to be performed on Tuesday afternoon, was cancelled after protestors stormed the venue, the Jawahar Kala Kendra in Jaipur.

Abhishek Majumdar has written and directed several critically celebrated plays including An arrangement of shoes, The Djinns of Idgah, Afterlife of Birds, Rizwan and Kaumudi, and has won the Hindu MetroPlus Playwright Award as well as the first-ever Shankar Nag Theatre Award. He founded the theatre group Artistic Ensemble in Bangalore, and also served as its artistic director.

This performance of Eidgah ke Jinnat was part of Jaipur’s Navras Festival. A photograph from a previous performance of the play. Credit: Special arrangement

“In such an atmosphere, the government-run Jawahar Kala Kendra has run a play which shows Kashmiri stone pelters as right,” one protestor said, according to India Today. “Inappropriate and insulting comments have been made about the security forces in the play.” They also demanded that sedition cases be filed against Majumdar and others associated with the play.

The director has responded that the cancellation “is yet another attack on freedom of expression. There was nothing anti-national in the play and its narrative.”

Also read: How Kashmiris, BJP Critics Are Being Targeted in Bengal After Pulwama

Police officials said the play had to be stopped, in consideration of public sentiment  following the February 14 Pulwama terror attack. “We have read in newspapers how this play can incite the sentiments of people and hence we started investigating the matter,” an official was quoted as saying. “However, the play has been cancelled by Jawahar Kala Kendra sensing its after effects.”

Well-known playwrights, authors and others, however, have rejected this attitude, saying the protesters have not seen they play and do not know what it is actually about. In a petition to the Rajasthan government to protect artistic expression, Sudhanva Deshpande, Sunil Shanbag, Darshana Dave and others wrote,

Today, more than ever before there is need for all to consider the Kashmir issue with compassion and sensitivity, not aggression and jingoism. Abhishek’s play does exactly that.

This play has been performed several times across the country in many places over the past few years and received critical acclaim and heartfelt applause from the audience.

Neither Abhishek, nor any of the signatories to this statement, support or condone acts of terrorism and violence. We are united in feeling the grief of the families who lost their dear ones in the recent attack in Pulwama, as indeed with all those innocent victims of the violence that has racked Kashmir for decades.

We also feel pained at the reports of threats and attacks that innocent Kashmiris have faced in other parts of the country over the past few days.

The play’s cancellation follows reports across the country that Kashmiris have faced targeted threats and violence since the Pulwama attack, in which more than 40 CRPF personnel were killed.