'Harmony With A.R. Rahman': A Series in Which Music Is a Visual Experience

The five-part Amazon series is rich in detail, with powerful story-telling and music that instantly draw the viewer in, while treating folk and classical music as equals.

A.R. Rahman in a still from the series. Credit: Special arrangement

“I don’t think, as a musician, you can be very religious. A liberal philosophy is very important for music to thrive,” says Ustad Mohi Baha’uddin Dagar, in the second episode of the five-part series ‘Harmony with A.R. Rahman’, on Amazon Prime. Dagar, whose ancestors converted to Islam seven generations ago, plays Rudra Veena in the Dhrupad tradition. Music is a very visual experience, he tells Rahman, sitting next to him in his gurukul in Navi Mumbai. “When we’re learning, our ustads tell us ‘Look at the swar’.” They did not say, ‘hear the swar’, he points out. Director Sruti Harihara Subramanian has managed to bring this quality into all the episodes: a very visual musical experience. 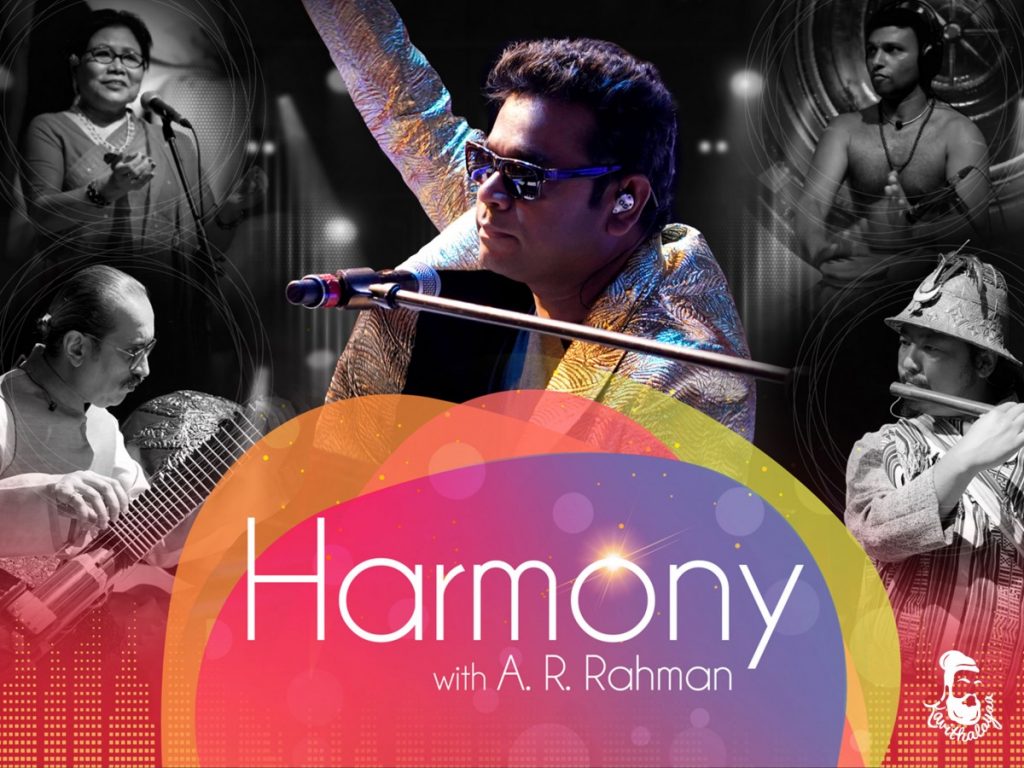 Subramanian’s first film A Far Afternoon, a documentary on Krishen Khanna won two National awards. She was approached by Kavithalayaa Productions to make a documentary on rare musical instruments and rope in Rahman. After months of research, Subramanian and her team identified four artistes: Mickma Tshering Lepcha from Sikkim who plays Pangthong Palith, a bamboo flute; Lourebam Bedabati, from Manipur a champion of Khunung Eshei, a rich and colourful tradition of folk song; Kalamandalam Sajith Vijayan from Kerala, who plays the Mizhavu, a temple drum; and Ustad Mohi Baha’uddin Dagar from Maharashtra. 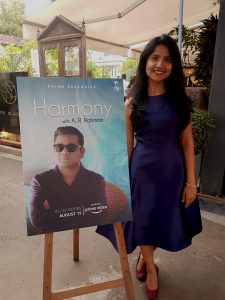 Since she didn’t want to be constrained by the stereotypes often associated with documentaries – heavy on facts and appealing to a niche audience – Subramanian went for the human element. A visual communications graduate, she spent several years in front of the camera as model and actor before she moved behind it. “I worked as an assistant to directors of mainstream, commercial cinema. Because I come from a fiction film background, I wanted to make sure that it finds a larger audience. I focused on human emotions, which is the common point for all of us,” she says. Three other things she was keen on were to include a woman musician, getting a musical balance (vocal, percussion, wind and string instruments) and lastly, geographical diversity.

Her instincts were correct. The episodes are rich in detail, the story-telling powerful and the music, including Rahman’s original score, compelling. They instantly draw the viewer in. The images linger in your mind long afterwards: Sajith drumming over the surface of a river as he swims, a bathing elephant, a scurrying ant, the sun lighting a singer’s face, the sun setting while Baha’uddin plays raga Malkauns.

But it is not just nature that inspires music. In Mumbai, Rahman acknowledges that it’s a ‘gift’ when a musician, despite the ‘dirt and clutter’, can ‘internalise and produce beautiful music’. As if to prove him right, Dagar plays the veena and the single note is so meditative that Rahman sits as if in prayer, his eyes half-closed.

Revealing a different side of Rahman

The episodes are also interesting as they reveal a very different side of Rahman: we see a jovial, relaxed man, cycling, flying a drone, describing Pongal and Upma as “government of India tiffin”. At some level, they seem to work as travelogues too, presenting each state’s heritage. Chennai, where the last episode is shot, is just a cameo, but the temple, the sea, jasmine strings and the old album cover with M.S. Subbulakshmi make it memorable.

The four stories also contain social commentaries – they explore community, tribe, gender, geography and their relationship with music. They do so without romanticising India, particularly the rural. Subramanian says she didn’t set out to do this with a specific agenda. “The research was extremely intense and the narrative arcs emerged from multiple rounds of interviews,” she says.

But with the composer, her work was already done. “I’m a hard-core, obsessed Rahman fan,” she smiles. The rock-star musician is well known, she points out, so she decided to highlight “the human side, the humorous side and the boyish charm. When I met him for the first time, I was blown away by his simplicity”. Rahman is also genuinely interested, she adds. “He wants to learn. In the Rudra Veena episode, he says ‘I’m going to try playing a bit, so don’t laugh at me.’ He’s human like you and me!”

Directing Rahman was ‘surreal’, says Subramanian. When she suggested the title track could begin with a tuning sound, he immediately agreed. Rahman gave 15 days of shooting time, not including the travelling and composing the musical score. Did he listen to her, I ask. “Of course! There was a bit of nervousness, but he made us feel comfortable. He trusted me fully. He is so open to collaboration. When I gave an idea, I would prefix it with ‘I know it sounds stupid…’ but he would jump at it. Even when he said no, it wasn’t a put down. There was a lot of back and forth with the last song. He said he liked my musical sensibilities and to go ahead and edit. When someone like him says it, you jump with joy!”

The final episode features ‘Mann Mauj Mein’ (Heart is in Ecstacy), a 22-minute song composed by Rahman and includes all the four artistes, plus musicians from Rahman’s music school, KM Music Conservatory and others. The indoor set, with spinning colours and shapes, is evocative of the outdoors; and the music is classic Rahman.

The series’ highlight was treating folk and classical as equals, showcasing the travails and beauty in both. To the director’s credit, at no point does pop-culture or a musician of Rahman’s stature eclipse the music or lives of the others. In these polarising times, it is also refreshing to see frank conversations about democratisation of music. As the grandmaster of Mizhavu P.K. Narayanan Nambiar (who brought the instrument out of the temples and made it accessible to all communities) tells Rahman in the first episode: “If we confine something to one place, it will only get ruined. If we free it and make it beneficial for others as well, that art form will exist forever.”

The five episode series, Harmony with A.R. Rahman, is available on Amazon Prime.

Aparna Karthikeyan is an independent multimedia journalist. She documents the vanishing livelihoods of rural Tamil Nadu and volunteers with the People’s Archive of Rural India. You can contact the author here: @AparnaKarthi.