Gerson da Cunha, A Man of Many Talents, Reflected Both Mumbai and a Bombay of Another Time

The ad man, actor, activist and even a hidden poet was devoted to the idea of making the city a better place to live in.

Somewhere in the heavens he will join his friend Alyque Padamsee, where they can decide if it’s a massive stage production that they may want to organise – a sort of Shakesperean Arthur Miller, Othello meets Death of a Salesman type of play or a revival of the musical Jesus Christ Superstar, where they can call upon the late Nandu Bhende, to sing the Judas opener, ‘Heaven on their Minds’. Gerson can don his Pontius Pilate avatar. When Alyque offered him the part in his 1974 production, being a non-singer, Gerson managed to turn his songs into a speak-sing format, his deep baritone doing all the heavy lifting.

Or alternately they have a quick chat about where they think Lintas India is headed. Or where the city of Mumbai is headed, a city they both cared deeply about.

These two men, were two peas from the same pod.

Gerson also joins his close friend Charles Correa, the famed, path-breaking architect. I realise that certain doors are closing – these aren’t just any regular doors, these doors belong to men who were deemed for great things and who put the city before the self. Not always after personal gains, or professional gratification, but with a larger plan, a bigger wider perspective. Every morning, what beckoned was a new way to change their environment, their city, their surroundings, a way of life.

Gerson da Cunha was a man with a plan – a BSc in Microbiology didn’t make a scientist or a biologist of him but it did result in the man, always focusing on the smallest detail, always caring about the tiniest living organism.

Also read: From ‘Othello’ to ‘Antigone’ to ‘Andha Yug’, Ebrahim Alkazi Did Them All

It was watching him growing up that I learnt much, his ability to balance many passions and professions. What got ingrained in me was this – every moment had to be lived, both in the moment, but at many levels. Having the twin professions of advertising and theatre was a given, a taken for granted path to follow for the daCunha family. There was an entire generation of men –  Gerson, Alyque, Kersey Katrak and Sylvester – who lived this double life. 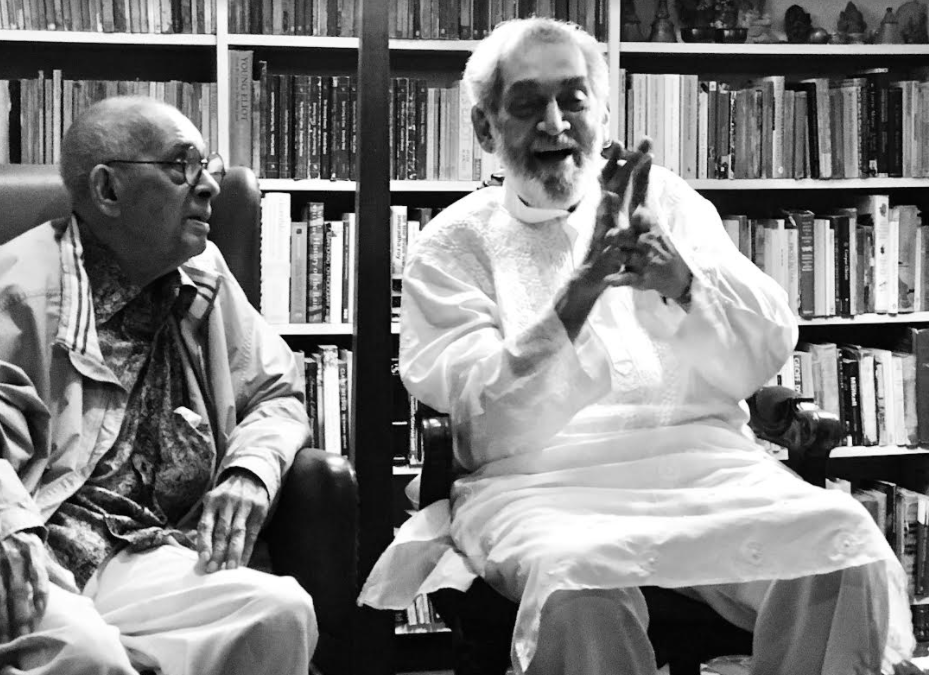 Gerson da Cunha was born and raised in Mazagaon, one of two brothers. The other brother was my father, Sylvester. The boys lost their father early, while still in St Mary’s School, SSC, aged 11 and 12.

It was a gentler Bombay that these two boys grew up in, allowing for them to figure their futures.

It was St Xaviers College that fostered the birth of Theatre Group and Gerson’s passion for the theatre and acting,  After a brief stint in journalism, it was advertising that was his first calling.

Being the first Indian CEO of Lintas he made sure that the agency got its Indian ‘identity’. And it has not looked back since.

People point to my uncle’s ‘larger than life’ personality, his 5’10” frame seeming like 6’2”, such was his ability to fill a room.

And he was ‘big’ in his life, acting on stage, making slide presentations, talking strategy to clients.

But he had an intimate personality – he was a listener par excellence, which is what made him such an intense poet. And he was curious, about people, and places.

It was his desire to help the downtrodden that led him to Brazil in the 70s. And years later, working with UNICEF took him to New York. Back in Bombay, it was the NGO Agni, his passion project, that truly strove for the city to become a better place to live in.

He often spoke nostalgically of the Bombay he grew up in, a city more graceful, more leisurely and definitely more clean.

Gerson was an ad man, an actor, an activist.

Multi-faceted even before the term was coined.

He worried greatly about the country and the city. Truly, an oak tree has fallen

Gerson had a hidden gift – he was a poet too, though often a reluctant one. Here is one of his masterpieces.

Today I am older than my father whose smile
you see caught in the photograph of my uncle
marrying in sepia. Cravats. Woollen trousers
chafing me and a collar no one would loosen

Some forty years were to come, among them
the day they bore him home wrapped in drill
Something tiny but sufficient had lacked in him
Changing everything…what was to be done

Wars were to be lost and won, the moon hit
Birthdays brought no age to me, till this one
Which I bent like a bow to shoot forty years
Into my life and mutter small talk at your feet

Rahul da Cunha is the man behind the Amul ads and a playwright and theatre director.