His gaze is imperialist and his understanding of the locations he visits poor, but his confidence and marketing skills – dazzling. 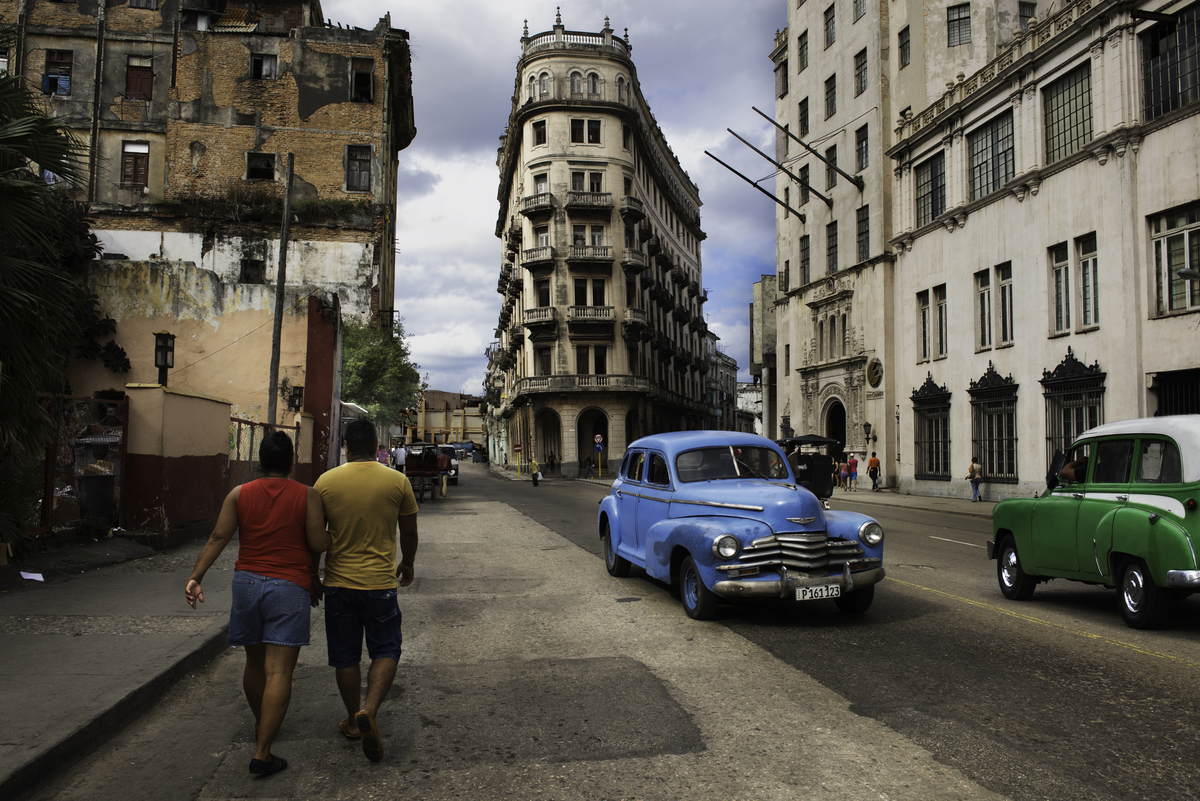 If you like desktop wallpapers, you’ll love Steve McCurry. I don’t mean that with any sarcasm. My generation grew up with the postcard-like Windows wallpaper and McCurry’s work is largely about the same aesthetic. He likes his colours strong, his backgrounds exotic, his audience happy – and that audience is big. These are picturesque, touristy, professional visuals for mass consumption.

It’s obvious to anyone who comes across a McCurry photograph that something about it is out of the ordinary – though not necessarily in the way it should be. This week, when the website PetaPixel revealed a major botch-up in a McCurry print – and unleashed a scandal in the world of photography – it brought to light what that anomaly might be. According to the report, at a McCurry retrospective in Italy, the photographer Paolo Viglione noticed in a photograph of a Cuban street that part of a signpost had been cloned onto a man’s foot. This observation sparked a series of enquiries about McCurry’s post-production processes – and uncovered much worse. Other photographs now revealed their own demons: from excessive additions of vibrancy and colour to handcarts, poles and children being erased from images altogether.

As a young adult in the social communication media program at Sophia Polytechnic in Mumbai over a decade ago, I was exposed to a world of great photographers by our fine educator Jeroo Mulla. While she discussed Henri Cartier-Bresson, Jacques Lartigue and Raghubir Singh with much fervour, she despised McCurry’s work. Though I understood why, it took me longer to fully grasp her critique. I needed to look at more of his work first and form my own opinion.

Over the years, I began to despise his idea of India too. This year, as McCurry was in India promoting a new book, I decided to attend all his talks (at the Jaipur Literature Festival and in Delhi thereafter). While in conversation with Raghu Rai at Bikaner House in central Delhi, McCurry dodged questions about his “outsider gaze and aesthetic” with answers about his early work in conflict zones and how he moved to travelling in India and pitching stories to National Geographic. Everywhere I heard him, he had the same, rehearsed narrative. He never really spoke in detail about an individual photograph, perhaps because he knew he had nothing to say.

McCurry’s questionable ethic draws on subjects who seem happy (perhaps) to be photographed by a foreign tourist who wants to build on a fetish of the underdeveloped world and its supposed charms. Street children, rickshaw pullers, village women in saris – you name it, he had them covered. And not in a manner that expressed any visual interest in their history or ethnography, but more their “value” to the Western world. This value returned to India in the late ’90s, in the form of agency (Reuters, AP, Bloomberg etc.) photography templates. The agencies fed on the fetish, building up a prejudiced and misplaced account of contemporary India. The altered version of the image above. Credit: Steve McCurry. Author’s note: Not only were elements removed, a hand was possibly constructed and added to the child at the right of the frame.

McCurry’s photographs confirm the myth of India’s chaotic, charming “riot” of colour and reduce colour photography to its lowest common denominator. His celebrity is sad, given that we have our own master of colour, Raghubir Singh, to turn to for a more balanced and serious reading of India’s landscape and people.

At an outstanding exhibition, Everything Was Moving: Photography from the 60s and 70s, at the Barbican in late 2012, I saw Singh’s colour photographs in print, on a wall, for the first time. “The fundamental condition of the West is one of guilt, linked to death – from which black is inseparable,” read an introductory quote by Singh. “The fundamental condition of India, however, is the cycle of rebirth, in which colour is… a deep inner source.” This nuanced take on the complexity of colour in a landscape is what makes Singh’s work definitive.

Contrary to Singh’s observational gaze, McCurry was always a tourist, and a shrewd one. He knew what to sell to us, even if it was our own land in a new bottle. In his essay, “A Too-Perfect Picture,” published in The New York Times this year, Teju Cole wrote about the inauthenticity of McCurry’s portrayal of India and his pointed focus on an alternative truth (or fantasy) that edited out present day India’s concerns: “Here’s an old-timer with a dyed beard. Here’s a doe-eyed child in a head scarf. The pictures are staged or shot to look as if they were. They are astonishingly boring,” Cole said.

Not all of McCurry’s work is insignificant. Some of it does venture beyond his tradition of merely visiting, and not understanding, a location. But for those of us who have lived in India and travelled, even just a little, it’s clear that oversaturated images are the result of smart post-production technique. This is nothing to be ashamed of, if that’s the note that accompanies the work. McCurry, though, takes pride in his photographs seeming authentic documents of history and exploration. In fact, his gaze is imperialist and his understanding poor, but his confidence and marketing skills – dazzling.

As a photographer with Magnum, the paragon international agency, you assume no McCurry print goes up on a wall without his personal go-ahead. When he was contacted by PetaPixel about his prints, however, McCurry blamed the production “mistake” on a former lab technician. He said that the change in the Cuba image was one “that I would have never authorised,” and “the lab technician who made the mistake does not work with me anymore.” Further, he said he had been away and unable to supervise the prints himself. Yet there’s no longer any denying that McCurry uses Photoshop generously to determine the elements of composition, which is the real, ethical issue. For a visual narrative that is already so steeped in mediocrity, McCurry’s statement only confirms his artistic vision as one that has been focused on the software, not the subject.