Carnatic music composers have shared, been inspired by and copied ideas, phrases and tunes both entirely and partially, even if they were separated by centuries. Those pointing accusatory fingers should learn from the past. 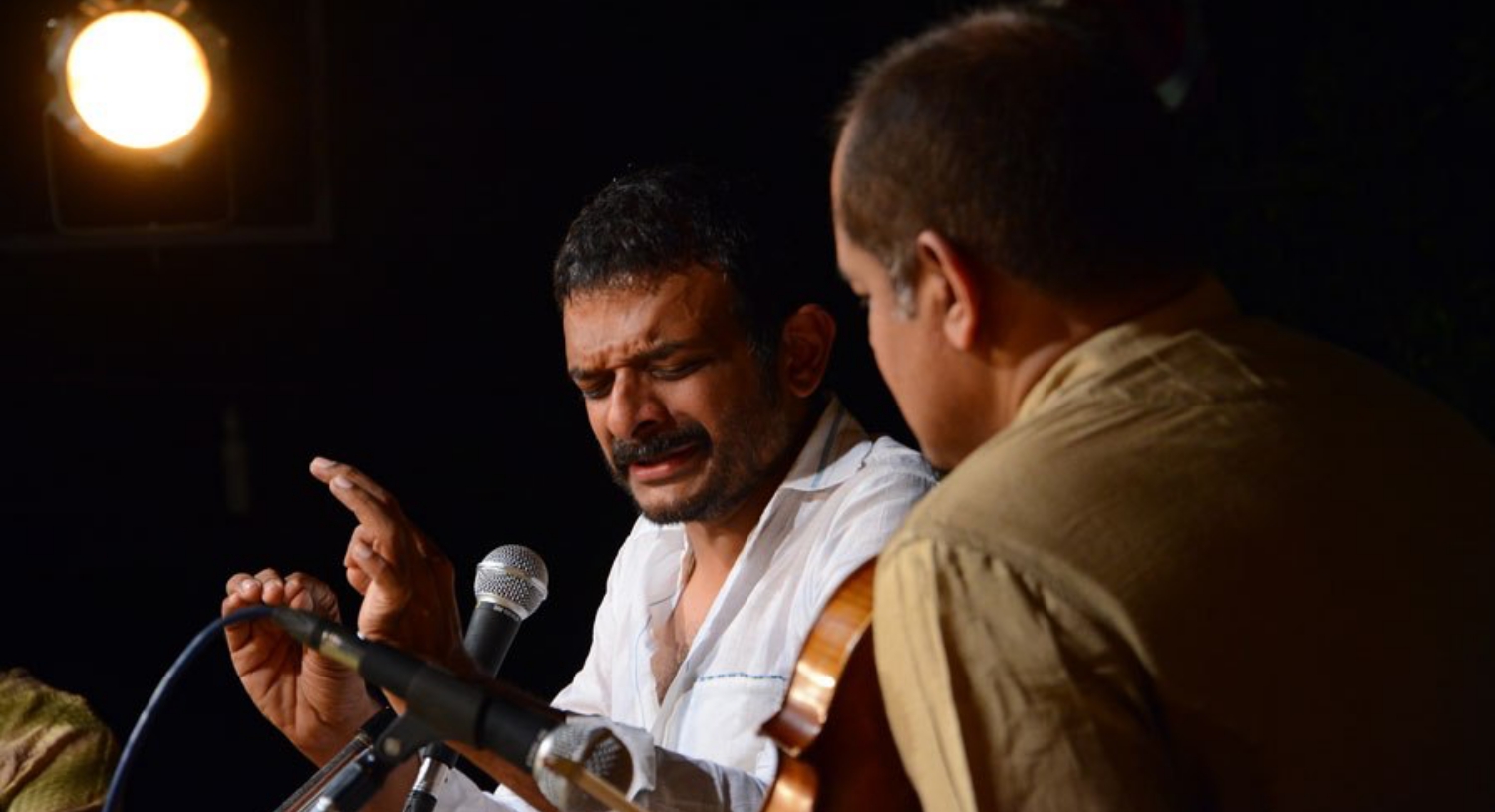 The noise and fury created over the rendition of Christian lyrics in Carnatic mode has swallowed any possibility of a serious or sane conversation. While each angry Hindu has his or her own reasons to take offence, some repeatedly make the point that this is about plagiarism. Let me address this issue.

Before I begin, I want to repeat once again that no Carnatic musician has sung a Tyagaraja kirtana merely replacing the word Rama with Christ. If this had happened, it would have been aesthetic vandalism and I would have joined those asking tough questions. But to the best of my knowledge, this has not occurred.

A cursory glance into Carnatic music’s oral and written history will reveal that accusations of plagiarism of any kind are tricky, a slippery slope. Let us examine its various nuances.

Tyagaraja imbued his compositions with the thoughts of many, including the master theoretician Sarangadeva, the author of the 13th century Sangita Ratnakara, the definitive text on ancient Indian classical music . The opening shloka of the treatise is ‘Brahma granthija…vande nada tanum….. shankaram.’ This is reflected in the pallavi of nada tanum anisham shankaram. Similarly, the definition of nada in the Sangita Ratnakara ‘nakaram prana namanam’ is found in spirit in the kirtana mokshamu galada.

Tyagaraja was also most certainly inspired by Purandara Dasa, one of the most influential Carnatic musicians. Purandara Dasa’s ‘Smarane Onde Salade’ and ‘Hari Katha Shravana Mado’ resonate with Tyagaraja’s ‘Smarane Sukhamu’ and ‘Rama Katha Sudha Rasa’. His contemporary Muttusvami Dikshitar used the words of a few dhyana shlokas to describe the iconography of the deity in compositions such as ‘Hastivadanaya’ and ‘Panchamatanga Mukha;. The kirtana ‘Gauri Girirajakumari’ echoes Adi Shankara’s Saundaryalahari verse ‘Sudha sindhormadhye’.

This does not stop with concepts and philosophical points of view. Phrases and passages in the compositions of Narayana Tirtha are used in near verbatim form by Tyagaraja. The words Girirajasuta tanaya in raga Bangala is almost the same as in Narayana Tirtha’s Shloka on Ganesha, ‘Girirajasuta Sunuh’. Have a look at this phrase ‘yaga yoga tyaga bhoga phalamosange’ in Tyagaraja’s kirtana ‘Raga Sudha Rasa’ and compare it with yaga yoga raga bhoga tyaga found in Narayana Tirtha’s ‘Ramakrishna Govindeti’. Another composer who had a deep impact on Tyagaraja is Bhadrachala Ramadasa. His ‘Kanti Nedu Ma Ramullannu Kanukonti Nenu’ finds new voice in Tyagaraja’s ‘Kanukontini Sri Ramuni Nedu’! In fact, Ramadasa, Annamayya and Tyagaraja have a composition each beginning with the word namoralakimpa.

Are we going to say Ramadasa plagiarised Annamayya and Tyagaraja in turn Ramadasa?

What about the melody in compositions? Let me bluntly state that if we are going to take this path, we would be booking many leading Carnatic composers for plagiarism. The kirtana ‘Gananayakam’ attributed to Muttusvami Dikshitar and ‘Shri Manini’ of Tyagaraja have exactly the same tune. Subbarama Dikshitar himself mentions that the melody for his composition ‘Sri Vallipate’ is that of Tyagaraja’s.

Even today, we find that songs on Ramana Maharishi like ‘ Mata pita ni allavo’ use the tunes of Tyagaraja kirtanas such as ‘Makelara Vicharamu’ in this case.

It is also essential for readers to understand that Carnatic music has a concept called varnamettu. This refers to a standardised compositional tune for a raga. This tune covers the entire composition from start to finish with minor embellishments or accommodations made in view of changed lyrics. This is considered an accepted melody that encapsulates the identity of the raga in compositional form. Hence, one tune in a given raga is used repeatedly by numerous composers and tunesmiths.

When many who have little or no knowledge of Carnatic music are having a field day accusing musicians of plagiarism, it is important to get a perspective from those involved in the art form. Copyright and infringement are extremely complex and difficult to navigate in a tradition such as Carnatic. Composers have shared, been inspired by, borrowed from and copied ideas, words, phrases and tunes both entirely and partially, even if they were separated by generations or centuries. So, we need to take a step back, learn and stop pointing accusatory fingers.

Let me remind you that Muttusvami Dikshitar transformed ‘God save the gracious king/queen’ to ‘santatam pahimam Sangita shyamale’,where God is most definitely Christian and Dikshitar’s Sangita shyamale, the Hindu goddess of the arts. Dikshitar allowed the ‘other’ to find home within his own being, something we should rejoice and learn from.

We speak of India as a country of syncretic traditions. And in this conversation, unwittingly, we privilege the liberal and judge the conservative. Muttusvami Dikshitar was most certainly a conservative Advaitic Brahmin, but within his interior danced the liberal. It did not matter to him whether the song was on Christ, a jolly party jig or a military army march. To him, it was a celebration of sound, rhythm and playfulness, which he imagined as Parvati, Ganapati, Shiva, Vishnu and Subrahmanya. During his times too, people shifted faiths as much as they do today. Yet, he did not see enmity and hate. He remained firm in his belief, deeply centered, enkindled by all that surrounded him.