After all these years, his music is still broadening human consciousness. 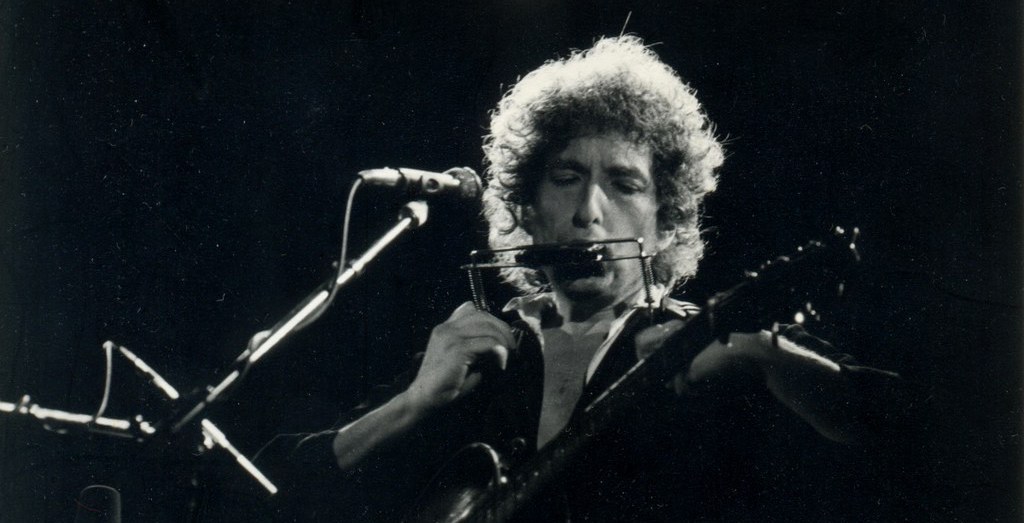 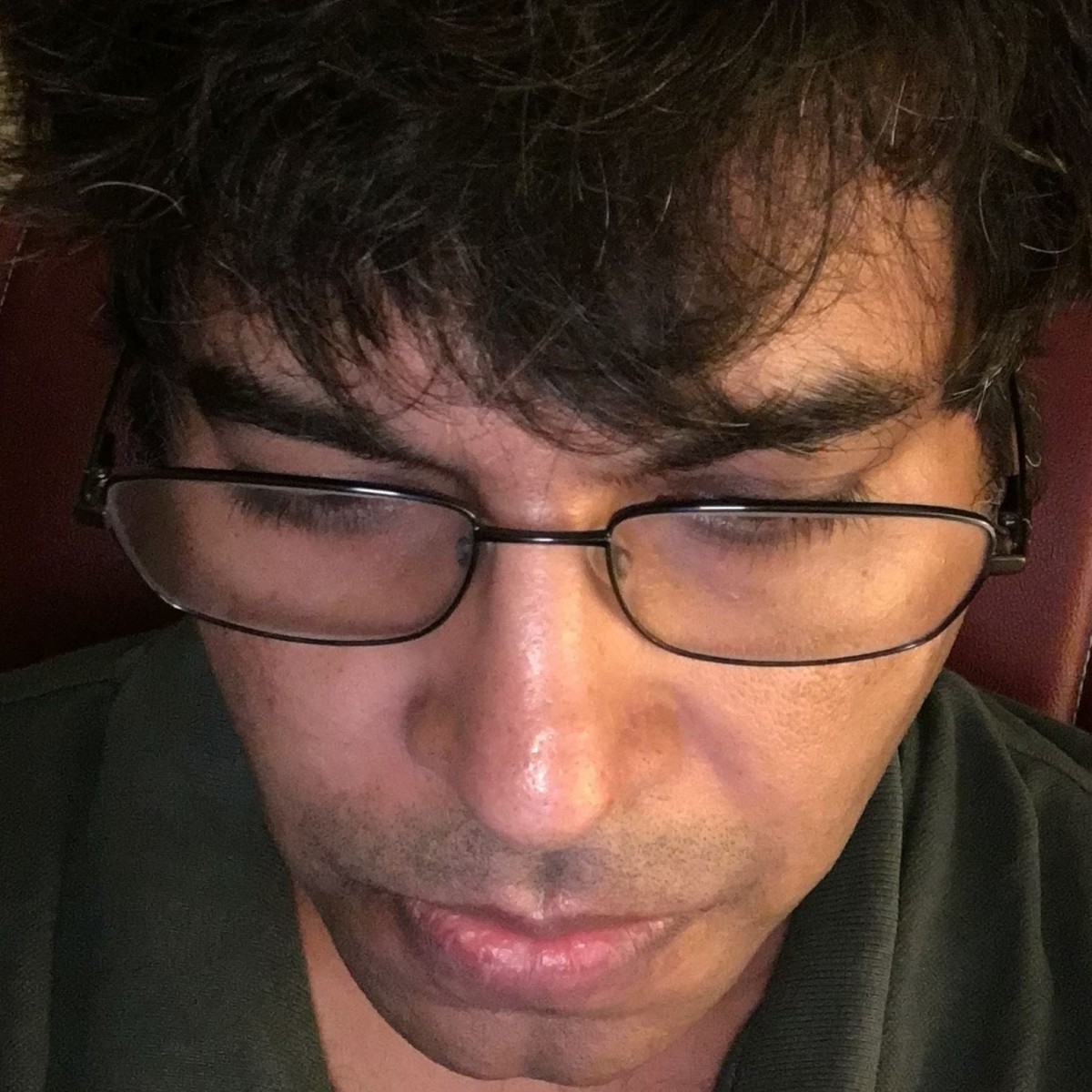 Perhaps the biggest mistake anyone can make with Bob Dylan’s new album is to compare it with his past work, when he was in his prime. It is comparing proverbial apples and oranges. Contrary to received wisdom, Dylan is quite simply not an artist making the most of his diminished powers. In fact, on the evidence of his output this century, he is actually accessing feelings and insights that he did not have when he was younger, and making music that his younger self could not even have comprehended.

In 1997, it was Dylan’s much-feted album “Time Out of Mind” (specifically the song “Not Dark Yet”) that took rock and roll into the hitherto unchartered territory of old age and its attendant preoccupations. It was the establishment of a new genre that only someone of Dylan’s stature and gift would consider reinventing himself for. Also, given the presumed commercial unviability in these youth-focused times, and the danger of losing one’s hard-earned audience, none of Dylan’s peers fully embraced this aesthetic (except Leonard Cohen, who with his perennial old soul needed no reinvention anyway). 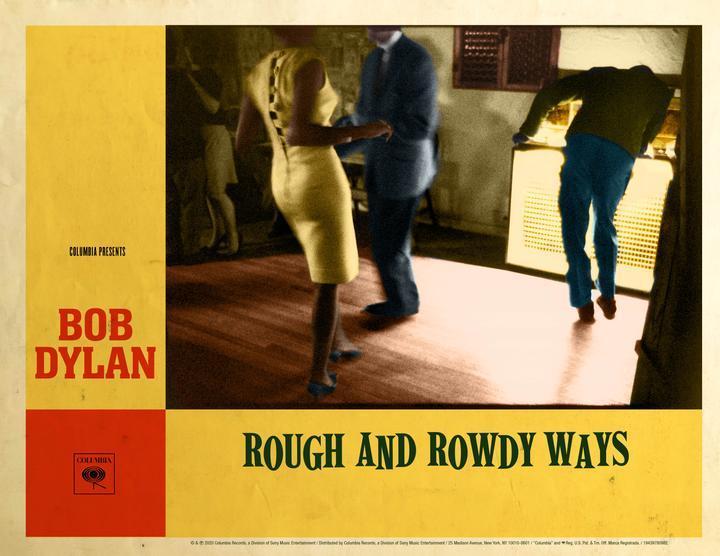 And so, in the first twelve years of the new century, in an era when attention spans dropped dramatically, Dylan actually expanded this genre with four solid albums (three of which are arguably classics, all produced by him, under a pseudonym). All the songs from his sixtieth year (2000/1) onwards sounded unlike anything he had done before. His “sandpaper voice” became growlier, more limited in range, but without losing that legendary charge, straining with an intensity that cannot be faked, thus not losing its fundamental character at all.

But with it came a new playfulness and wistfulness that balanced the palpable weight of living without entirely losing the melancholy. His songs, as always, acted their age, not bothering with the need to be “relevant”. And navigated rock to an unchartered territory – that fragile intersection of mortality, weariness and clarity.

With the fifth instalment in that series of albums, called “Rough and Rowdy Ways”, Dylan touches his apex in this phase, giving it a glorious send-off. With one of the most tightly performed, consistent and best-produced albums of his career, with a rich tapestry of lyrics (referencing the present as an inevitable continuum of history), the album’s sweep, both intellectual and emotional, puts it in a place of its own in music history.

Dylan has one eye on his individual timeline as well in his eightieth year; after all, there was an eight-year gap between his last album of original songs and this one – the longest in his 59-year-old career. So, mortality looms large on this album, climaxing with the 17-minute “Murder Most Foul” – the longest song of his career, something so fresh and unique that it could be the foundation for his next phase, if one dare say that.

Through a stream-of-consciousness reverie in three notes, with just a cascading piano, an aching cello, a wistful violin, and light percussion accompanying him on this march to a mighty emotional charge, “Murder Most Foul” transcends all expectation. It is more than the ostensible “murder ballad” about JFK’s assassination, or its sweep of political decay and cultural markers, or even its tone of deeply felt grief. The song’s real moment of magic comes when a seemingly random name-check begins – of musicians, song titles and cultural taglines, all swirling in slow motion, as if to assuage the political and moral decay that the passing of so much time since November 1963 only confirms. A mysterious healing property in this meditation on grief, decay and great beauty makes this an elegy about national trauma in 1963, but also, universal anguish in 2020. The seemingly impromptu release of this track as a single, at the beginning of the pandemic, was no coincidence (and perhaps played a significant role in this album being embraced to the extent it has been).

This song perhaps also exemplifies without distraction where Dylan’s real power resides as an artist. Just like any of the names/lines/ song-titles in that magical name checking in this song could have been interchanged with something else, so can actually all of Dylan’s famous words, without diminishing the power of the specific songs. Much like a well-cast film, where the actors are its most visible representatives, indistinguishable from it once done, but actually the most replaceable elements, and not where the real soul of the film lies. (Bad casting can, of course, ruin a film, just like inappropriate, or even inferior, lyrics would diminish a song.) 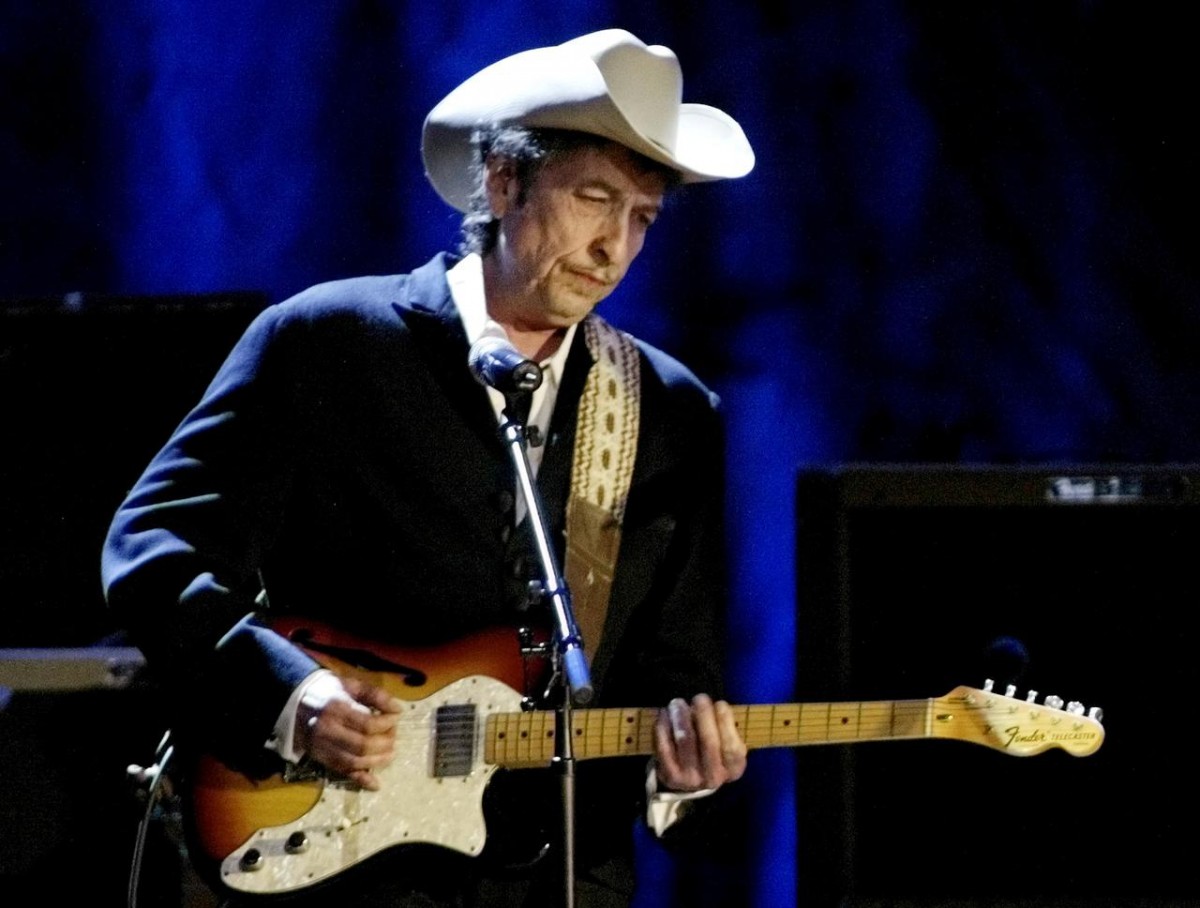 Bob Dylan performs at the Wiltern Theatre in Los Angeles, US, May 5, 2004. Photo: Reuters/Rob Galbraith

Think about it: this is Dylan’s first album of originals after winning the Nobel, and he bookends it with song titles that borrow phrases by Walt Whitman and Shakespeare, and takes the album title straight from Jimmie Rodgers (with one word missing, as in “Tempest”, which is not a coincidence). Given his sparkling literary form in the album and an obvious ambition driving it, how difficult would it have been for him to produce some original phrases there? But that is not the point of his art, something that his Nobel citation actually hints at very strongly and his Nobel lecture pretty much states – “If a song moves you, that’s all that’s important.” This album somehow reveals this better than any in the past.

Even beyond the recurring theme of mortality, the entire album seems designed as a summing up. The opening track “I Contain Multitudes” (that could be from the virus’ point-of-view if it wasn’t too pat for Dylan) is like an overview of something he has often touched upon – that each of us are the multitudes of our forebears, their wisdom and talents, which we add ours to, for the cycle to continue. It’s a much misunderstood aspect of Dylan’s work, where building on existing beauty has lately begun to be called “collagist” or worse, “plagiarism” in some quarters, which is laughable even outside of Dylan’s context. As Dylan said about this track, in his recent interview, “The song is like a painting, you can’t see it all at once if you’re standing too close.” Perhaps those who get into his lyrics in a piecemeal way, its pleasures notwithstanding, are often standing too close?

The ten songs on the album can neatly be divided into three categories: four blues-rock tracks, four quasi-acoustic and two atmospheric reveries, with considerable variety within the categories as well. These seemingly diverse songs end up harmoniously coexisting within a non-linear sense of time, constructing a strangely cohesive album that gets stronger with repeated listens. While the joyous and sharp “Goodbye Jimmy Reed” is perhaps Dylan’s most infectious blues-rock jaunt ever, “Crossing the Rubicon”, with its periodically renewed vigour, invokes mortality with wit. And “False Prophet” demonstrates why this format suits his increasingly raspy vocals. “My Own Version of You” with its wry wit and staccato bluesy lilt is familiar and yet fresh.

“Mother of Muses” is a hymn, pure and simple, with mortality as the central preoccupation, while “Black Rider” a sardonic recitation about confronting death, with a Spanish musical flavour. “Key West (Philosopher Pirate)” – an ambient trance-like song that begins with the assassination of yet another American president (William McKinley) is separated from Daniel Lanois’ classic soundscape (who produced two of Dylan’s greatest later-day albums) with a wall-to-wall accordion. “I’ve Made Up My Mind to Give Myself to You” is a tender ballad, otherworldly, filled with longing, with its origins in Western Classical (that composition, in turn, has its own history) with some of Dylan’s best singing in years.

Again, it is a huge mistake to compare Dylan’s vocals now with his younger self – like looking for Roger Federer or Michael Jordan or Don Bradman on a golf course. Dylan’s three consecutive albums of covers since 2012, prominently from Frank Sinatra’s songbook, was bewildering to most people, but going by the quality of his singing on this album, it appears that they might have been an exercise to take his singing to a specific place, a conscious preparation. 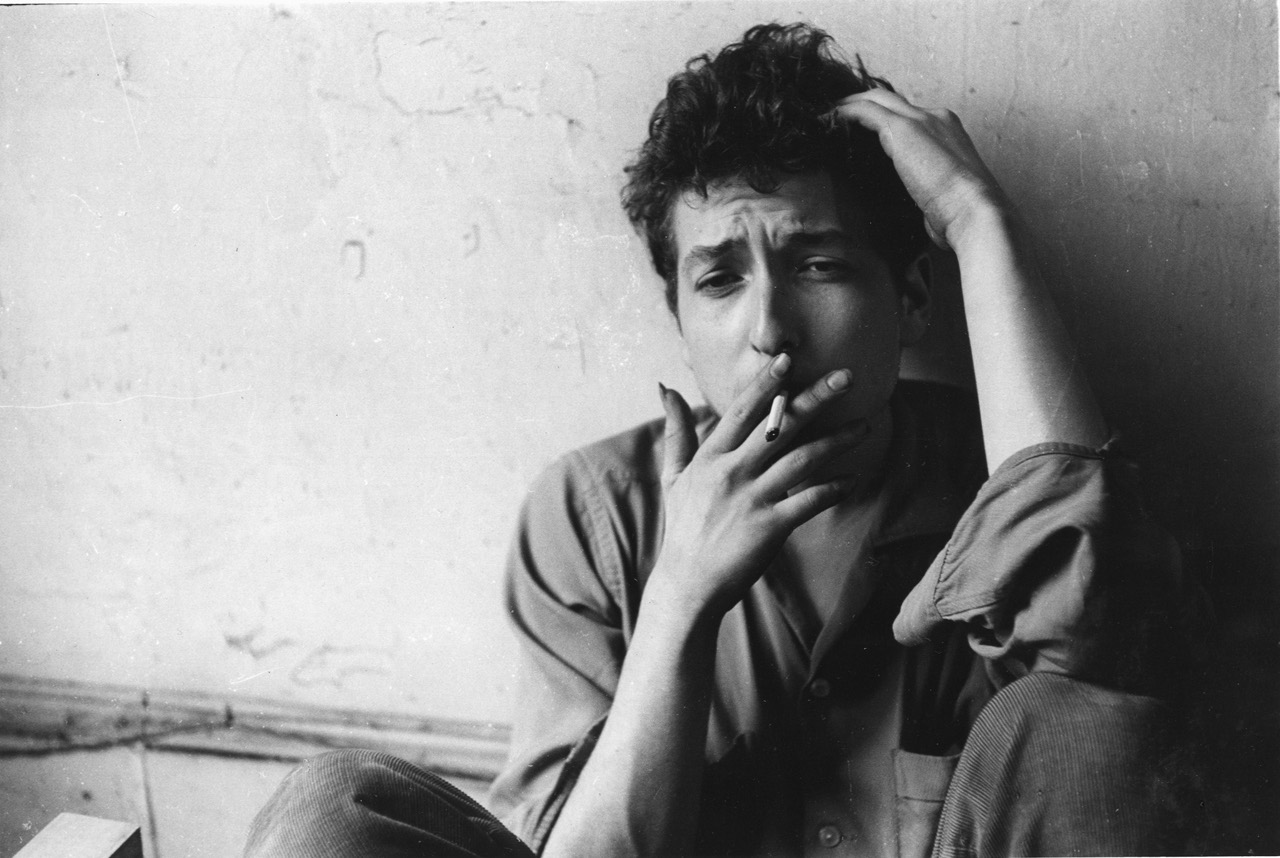 As the artist who perhaps moved the idea of beauty away from the notion of prettiness more than any other in history, in any medium, Dylan is now redefining what can be done with the muse despite every limitation that time affects, without sentimentality or nostalgia. To come up with something as vivid and ambitious as this album in his eightieth year redefines human possibility. It’s a distinct paradigm shift, from someone who has done this before.

After all, between 1963 and 1966, Dylan revolutionised American folk music and then rock and roll, back-to-back. Either of these would have brought someone legendary status; he did it twice, within four years, via six albums. In the mid-1970s, his finest album (“Blood On the Tracks”) established the gold standard for confessional singer-songwriters. Even in his brief Born-Again Christian phase, he did several songs that are considered jewels in the Gospel space till date. And in the late-1980s, he dealt with mid-life crisis and burnout on an album revered to this day (“Oh Mercy”). To affect humanity on this scale is not really human; only Shakespeare and Picasso can be deemed to have had this kind of impact.

Also read: A Songwriter Wins the Nobel, Poetry Must Come Back Into the Streets

That same sensibility, its consciousness palpably expanded, is almost singlehandedly musically defining post-sixty. Immaculately reflecting his age and these times, with searing emotional specificity, with a scarcely believable vitality, and the most surprising quality of all – a sense of wonder. In turn, his music is still broadening human consciousness, whether people are able to tune into it or not. As the best-reviewed of all Dylan’s albums ever, the stage is set for “Rough and Rowdy Ways” winning every major music award. And the Grammy’s are set to win a Dylan next year.

Jaideep Varma is a writer and filmmaker who has never been able to listen to or talk about Bob Dylan casually.