Asha Bhosle at 85: Ten of Her Timeless Gems

For Bhosle, age is just another number and she remains her irrepressible self, still travelling, starting new initiatives and of course, singing. Here are ten songs, some very familiar, others long forgotten, that showcase her versatility. 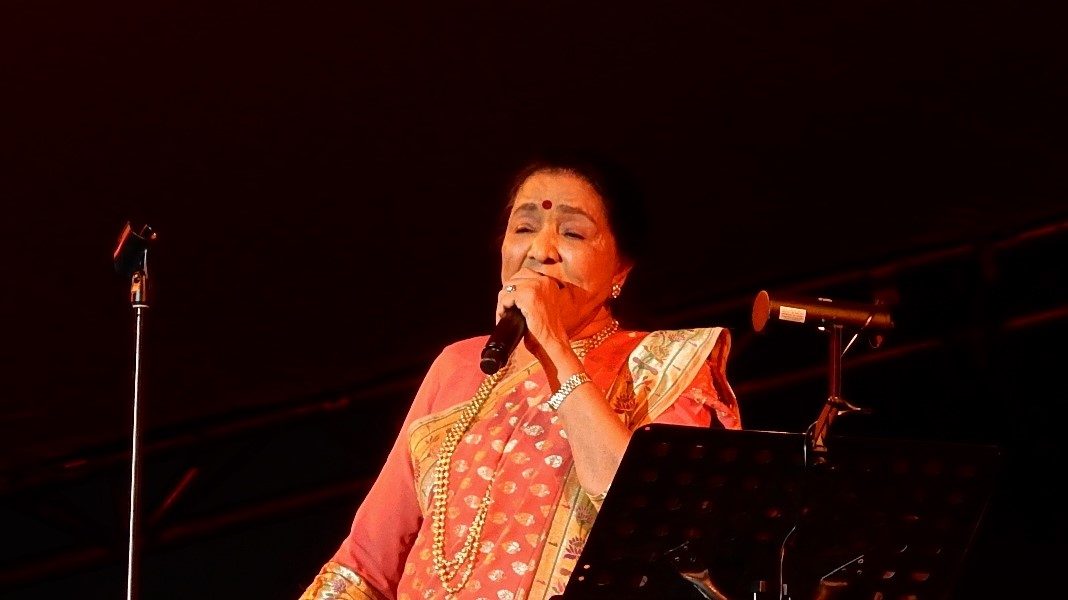 This article has been republished on the occasion of Asha Bhosle’s 86th birthday. It was originally published on September 8, 2018.

The Diva turns 85 today. Asha Bhosle, who even at this age and with seven decades of singing behind her, is still going strong, belting them out with the same joie de vivre as ever. She has sung bhajans, ghazals, club and pop, songs that speak of melancholy, songs that are deeply romantic and especially songs that have more than a touch of naughtiness.

Her repertoire includes songs in several Indian languages and even English, such as her collaborations with Boy George and Code Red. The British Asian band Cornershop paid a tribute to her with their song Brimful of Asha. One estimate says she has sung over 12,000 songs, more than any other Indian singer.

Starting under the shadow of her sister Lata Mangeshkar, who came to dominate the scene completely, Asha Bhosle nonetheless carved out a great space for herself, first occupying the slot vacated by Geeta Dutt and then emerging in her own right as a singer of great style and verve.

In the earlier days, for the heroine, it was only Lata Mangeshkar with her pure, almost virginal voice; Bhosle was often chosen to give voice to the cabaret dancer or the vamp, songs that demanded a certain kind of oomph and spiciness. It was after O.P. Nayyar refused to work with Lata Mangeshkar and she also fell out with S.D. Burman that Bhosle began getting opportunities to do playback for the lead stars which she grabbed with both hands. She never looked back after that.

Later, she came to be known for her collaborations with R.D. Burman and both jointly created magic all through the 1970s. Eventually they got married.

For Bhosle, age is just another number and she remains her irrepressible self, still travelling, starting new initiatives and of course, singing.

Here are ten songs, some very familiar, others long forgotten, that showcase her versatility.

Burman had a tiff with Mangeshkar and brought in Bhosle, composing different kinds of songs for her, each of which she handled with aplomb and flair, from ‘Chhod do Aanchal’ (Paying Guest, 1957) to ‘Aaja panchi akela hai’ (Nau Do Gyarah, 1957), ‘Abke Baras bhej Bhaiya ko’ (Bandini, 1963) but it is this song, a mujra, which shows her tremendous hold over moving into different gears effortlessly.

The Shakti Samanta directed murder mystery was set in Calcutta, with a sinister Chinese villain John Chang, lots of lurking henchmen and the beauteous Madhubala as the Anglo Indian crooner Edna. The song is flirtatious and bold in a manner that many other Indian actresses would not be able to carry off and may not want to sing because it may interfere with their shuddh desi images.

A little known song from an obscure film, this gem by Kaifi Azmi is full of longing and yearning for a lover. No information about the film is available online except that it starred Premnath and Shakila.

Hansa Wadkar plays Chima, a Mahar woman who takes on the might of a cruel landlord Mahadev played by Dada Salvi and takes revenge for the murder of her father many years ago. The song, a lavani picturised on Jayashree, is like lavanis are – dripping with sexual overtones, about a young wife flirting with her young neighbor and how no one should tell her old husband about it.

Yash Chopra’s second film was about how a young man who is a hardcore Hindutva type, and one day makes a shocking discovery about himself. A beautiful song by Sahir Ludhianvi.

Another Yash Chopra film and once again Sahir was the lyricist. A lost and found drama with a big star cast, Waqt was the film that showed Bombay modernity and cosmopolitanism in full colour. Beautiful people wearing beautiful clothes and living in grand mansions with a life style that includes pianos in the drawing room, fast cars and of course, parties with tinkling glasses and bands. This was Chopra’s first foray into the universe he was to create-rich Punjabis and lots of pearls, diamonds and chiffons. A lot actually happens during the song, with parallel stories moving forward. Erica Lal, an American who lived in Delhi, was the perfect on-screen singer.

For S-J, it was Lata all the way and when there was a split, Sharda moved in. Nonetheless, they did use Bhosle off and on and nowhere better than in Teesri Kasam, the Basu Bhattacharya film based on a novel by Phanishwarnath Renu. Though the better known Bhosle song is Paan khaye saiyyan hamaro, it is this one, very rustic and very risqué that truly dazzles.

Waheeda Rehman plays Heerabai, a dancer who goes from village to village, transported by Hiraman (Raj Kapoor) in his bullock cart, where she obviously consorts with the local landlord, much to the simple Hiraman’s dismay. Shailendra, who wrote the lyrics and also produced the film, evokes the sights, sounds and smells of rural Bihar.

Again, not a very well known film, but as always, the Nayyar-Bhosle combination comes up with an unforgettable song with some divine sax playing. Sharmila Tagore in a bouffant and mannerisms and Biswajeet with his po-face add some retro value.

There is no dearth of excellent songs that Bhosle sang for R D Burman, this one captured the emerging hippie culture and set off a wave of similar songs and demonstrated that he had his finger on the pulse of the youth. Bhosle, then in her 30s, got completely into the spirit of the song which is a stoner anthem.

In this story of the poet-courtesan who was betrayed by all the men in her life, the songs were by poet Shahryar. Bhosle worked hard to capture not just the nuances of the language but also the mood of the times. Each song is excellent, but this one, which is towards the end of the film, is sung by Umrao more for herself than for her admirers.

Obviously this is not an exhaustive list. Which is your favourite Asha Bhosle song? Tweet to us with #AshaBhosleHappy85th