Meet Arivu, Who Wants to Take Rap in India Back to Its Political Roots Chennai: Twenty-six-year-old Arivu’s small room on the fourth floor terrace of an apartment in suburban Chennai is as lively as his music. It is in this room that Arivu shot his now iconic rap song ‘Sanda seivom‘, which effortlessly ripped the Citizenship (Amendment) Act and National Register of Citizens apart.

Ambedkar and Buddha are looking over him and an ektara (the instrument) standing tall. “It was a gift from the Tata Institute for Social Sciences when I recently visited them,” Arivu says. “I intend to learn and even use it in my rap.” A single stringed instrument, the ektara might not sit well with his fast-paced rap, but Arivu is used to challenges – right from his childhood in Arakkonam.

“I lived in an urban cheri, so to say. It was also a Muslim neighbourhood, and there was a beef slaughterhouse around. In today’s India, perhaps a hugely controversial place. But life was a celebration there,” he beams. His parents – Kalainesan and Thenmozhi – provided Arivu and his younger sister, now a qualified doctor, an intellectual atmosphere.

“Appa was a professor in government college (he became one only when he was 45) and amma a government school teacher. Both of them were also working with Arivoli Iyakkam (knowledge of light movement – a Left literacy movement). Their’s was an Arivoli marriage. We had no television at home, and we never got to hear the songs from movies.” But there were Arivoli movement songs that shaped Arivu’s imagination and politics. “Even as lullaby, appa or amma would sing only Arivoli songs,” Arivu says, breaking into one.

(My dear, I would never send you to rear cattle,
I would work hard and put you in a school.)”

Conversations at home were generally about meetings that would happen near the Ambedkar statue, barely half a kilometre away. “We had all sorts of meetings there – Dalit cultural nights, leader’s anniversaries and protests. I used to go with appa for everything, basically because there was no other form of entertainment.” 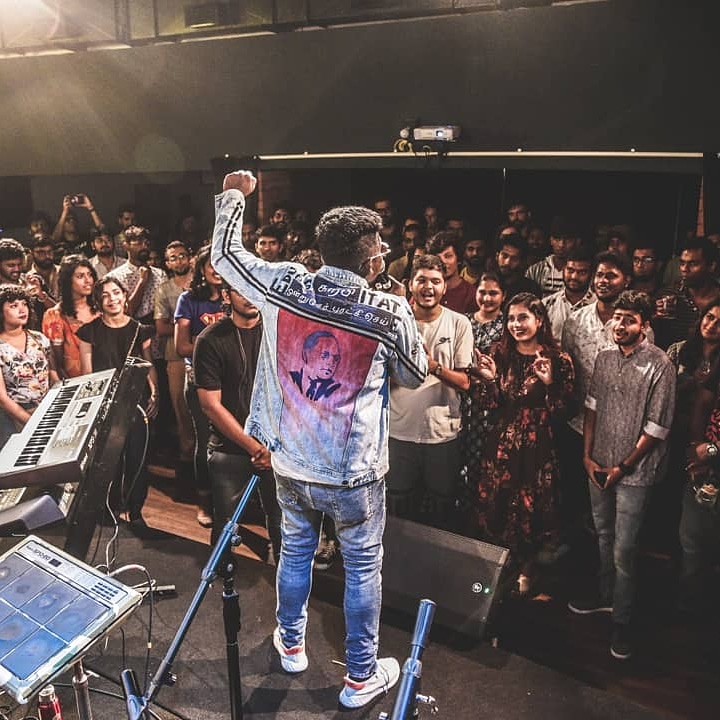 And then there were books – Arivoli Iyakkam’s monthly publications and Dalit Murasu, Kodangi etc. apart from his father’s research papers on Dalit leaders like M.C. Rajah and B. Parameswaran. “Back then, I never realised how important they were but I read them anyway. To me, an incident [of some atrocity] in Dalit Murasu read like a short story. Today I realise its immense value – and its huge influence on me.”

Arivu’s parents always stressed on education but he thinks it was a mistake to have put him an expensive private school. “I learnt nothing there,” he rues. “My parents had this peer pressure, but today I feel if they had saved all the money that they spent on educating us in a private school, we could have got a house of our own. I faced huge discrimination there, but until recently I never realised it was discrimination. There were teachers who abused me by my caste name, students who taunted me for being dark. I remember fighting with my mother for giving birth to me as dark person, and once since I cried so much, she took me to a hospital. The doctors laughed when they were told I am there because I am dark. Everything was painful but normal as a child.”

Arivu learnt more from the music and books at home than at school. Soon enough, he wrote poems. “I wouldn’t call them poems, but my attempts,” he smiles.

When he entered college – Arivu studied engineering at a college in Coimbatore and later did an MBA – he was ready with his first poetry collection. “It was released by IAS officer Sivakami (a writer and vocal Dalit rights activist) and I managed to sell all 1,000 copies to my friends in college.” The publication earned him a reputation in college – he was seen as a ‘writer’ and soon he was in the college band as a lyricist. But he was stopped from performing his own songs, because “he had no formal training”.

Also read: New Hindi Play ‘Kusur’ Is a Provocative Duet Between Guilt and the Guilty

“Since I entered college, I would practice singing at home in front of the mirror. When I was denied the opportunity, the pain was more acute. Because of my age, I was more aware. The song was given to someone much junior and I was told I could do a minute or two long performance in between. I decided I will use it, and put all my thoughts into it and sang in a thick voice. My friends said it sounded like rap – that was the first time I was hearing of it.”

After college, Arivu tried his hands at various things including the civil services, and he spent most of his time “studying”. But occasionally, when he got some money, he would go to Coimbatore to record a song that he had written. He had no idea, though, how to get them across on a public platform.

One day in 2017, he decided to take off from his studies in Chennai to go to Vellore, where director Pa Ranjith was coming for a meeting. “He is a huge inspiration; I would listen to his interviews where he stressed on education for the oppressed. When I was tired of studying, I would listen to him and feel rejuvenated. I did not mind taking a day off to meet him.”

In the train, he came across a person reading the familiar Iyothee Thass Pandithar. It turned out to be Udaya – Ranjith’s associate. Twenty days later, Udaya called Arivu to attend an audition for an independent music group put together by Ranjith, that would later be called Casteless Collective. “Most of them were Gaana singers. I did a rap, a song on Ambedkar and read out a poem titled ‘The grandsons of Ambedkar from Android age’. I told them I want to use my art to pursue equality. Ranjith anna was impressed, and asked me to write lyrics for Casteless Collective.”

Over the next ten days, Arivu was obsessed with the Casteless Collective – writing song after song on reservations, Ambedkar and so on. The performance was a huge hit and people told him he would soon be offered a chance to write lyrics for Ranjith’s movies.

“That was never my idea, though. Ranjith anna always said we should use any form to speak about people’s issues. I believed it. One day when I was in his office, anna played Bob Marley’s ‘One Love’ to me and pointed out how his music was a relief to his people. That is when I realised art should also be celebratory. It was a defining moment in my life.” 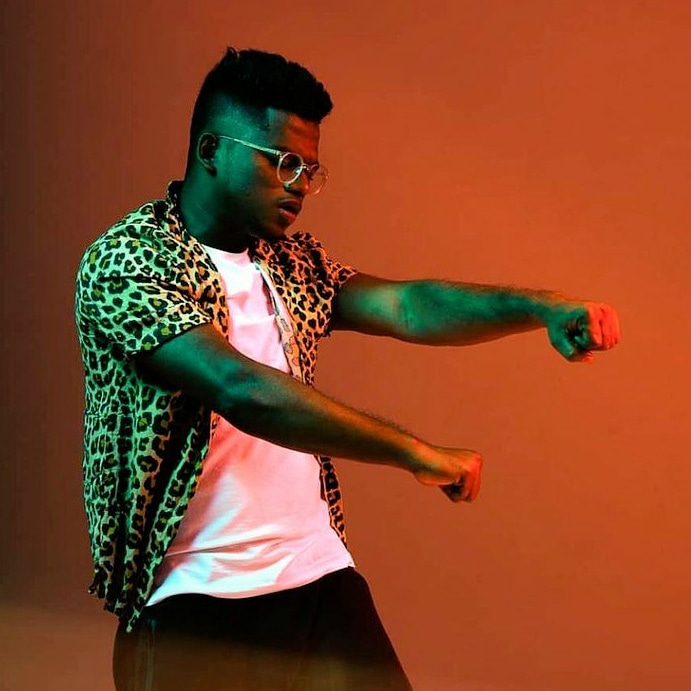 A day after Arivu performed a song on women’s choices at documentary filmmaker Malini Jeevaratnam’s movie on LGBT+ issues, Arivu got a call from Ranjith to do some “small work” in Kaala, starring Rajinikanth. The song – ‘Nilam Engal Urimai (Land, our right)’ – turned out, arguably, to be the most important protest song in a mainstream movie. The song, six minutes long, also features ‘Jai Bhim’ slogans.

(The country belongs to the hands that work
This is not the time for oppression
There are no fences for us
Let us break into protest
There is no fear
Land, our right.)”

After Kaala, Arivu has been getting offers to write in movies, but he has been careful with his choices in mainstream cinema. “Also, I would never quit independent music. That platform – with all its limitations – is dearer.” Arivu’s ‘Anti-Indian‘ independent rap was a sensation, but such songs, surprisingly, never came in the way of his chances in mainstream cinema. “In fact, directors have asked me to write similar songs, but tone it down a bit.” Arivu has lost count but says he has written for some 20 films, including Surya’s upcoming Soorarai Potru.

“Of course, I write love songs too, but I maintain my ethics. I insist on gender equality in such songs, will never do body shaming or have phrases in praise of a skin colour. I celebrate love, but will never allow it to become an excuse for sexism.”

Arivu has no great plans for his future, but there is one thing he knows he should do, either as research project or as music document – work drawing parallels between oppari (the folk genre sung at funerals) and hip-hop. “People say I write well, but I know I cannot hold a candle to the grandmothers singing oppari in my village. See this:

(I planted five trees,
And nurtured a beautiful garden
My garden flourished,
Yet my throat is parched.)

In these four lines, they talk about life. That is our folk art for you.” 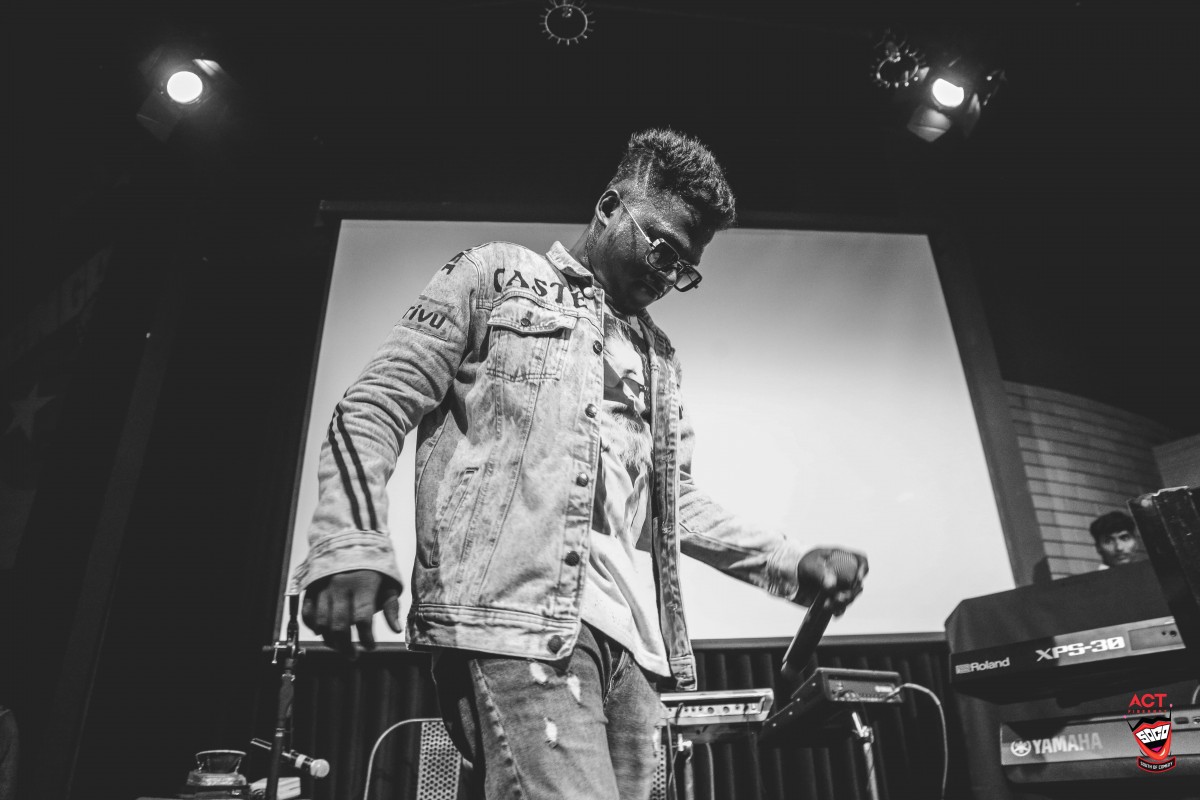 The cultural appropriation of hip-hop in Indian society is something that deeply bothers Arivu. “In Africa, hip-hop was a form of protest. People used it communicate their pain and oppression. When you import it to the Indian context, it should have naturally spoken in an anti-caste voice, because caste is the most important issue in our country today. But instead, hip-hop is used for teasing women, to glorify men. You copy their caps, hoodies and jeans, but leave the politics behind. How can that be right?”

His attempt to draw parallels between oppari and hip-hop is perhaps also a move to restore the art form to its originality. “I firmly believe oppari is our form of hip-hop,” he declares.

His association with Ranjith and Casteless Collective has helped him see his own family in a different light. “I was that ‘chill’ guy who had no respect for his grandfather. But now I realise his importance. My grandfather accepted oppression as a way of life. Even today, he wouldn’t walk straight into a home of a dominant caste person. He would say he doesn’t want to offend them. For my parents, love was the tool – not anger. I realise the generational shift when I go in a car to a street where my grandfather couldn’t have walked in slippers. And that makes me acutely aware of my own responsibility.”

That, perhaps, explains why Arivu is not willing to let go of his independent platform, despite getting a good number of chances in mainstream cinema. He has his own channel now, Therukural (Street Voice), through which he intends to take art to the streets. “There are people who say I should appear comfortable for those in cinema, so I can survive. But that is not my job. I want to be a tough artist speaking some tough truths, but please know this: I can still entertain.”

The full translation of the rap is produced below:

They call me Arivu,
I’m one of you,
Equality is my dream,
Ambedkar and Periyar lives forever,
And my rap is the product of their rationality!

Democracy is the face of a free nation,
Giving respect, should be the duty of the religion,
Conferring equality, that should be the role of law,
And foundations of our constitution too,
Killing secularism is a foolish act,
So, It’s important to tell the truth.

It’s the birth place of Thirukkural and the land of peace,
We lived here as so many tribes,
Then, some people came here on their horses,
They subjugated us from then till now.
They grabbed our lands, exploited our resources,
Generation after generation, they refused to touch us

They segregated us into separate religion and castes,
They getting rich by exploiting our work is what’s history.
We cannot forget that.

Who is minority here?
Working class is the majority all around the world,
But, the reality is that we stay divided!!

Those who came after is after our lives,
While, those who are struggling for us are getting shot.
Who should live here?
Who should rule here?
Who is the citizen?
Who is Indian?
Who is Tamizhan?
Who are you to tell me what I am?
One’s motherland is not in their birth.