Despite being a recluse, Annapurna Devi's legacy as a guru will live on. 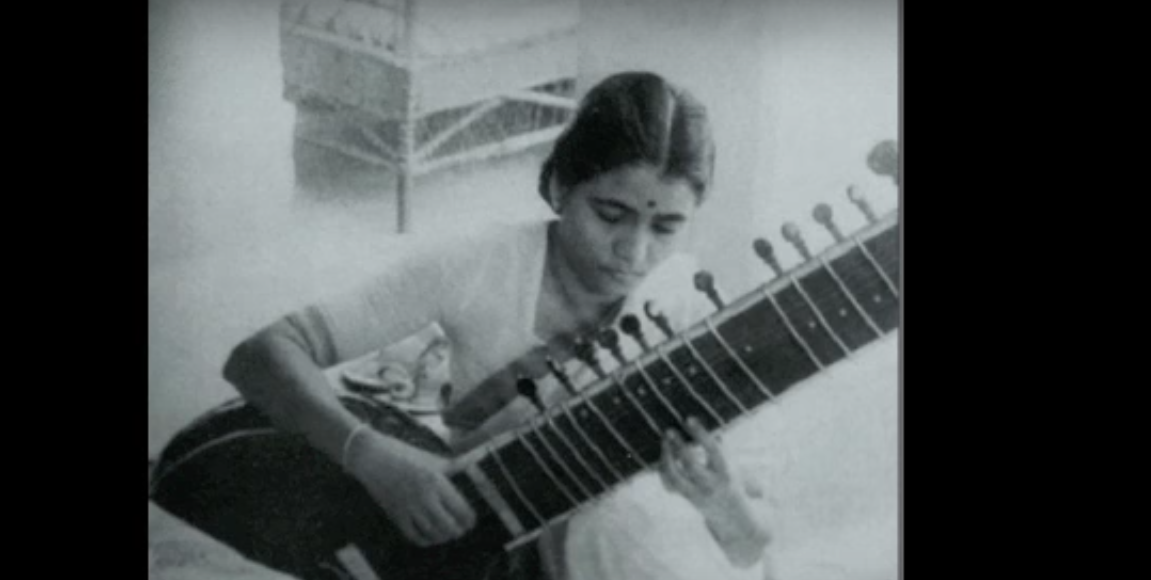 Annapurna Devi, the legendary musician and teacher who passed away a few days ago, was known for being Pandit Ravi Shankar’s first wife, a recluse and the guru of great musicians like Hari Prasad Chaurasia and Nikhil Banerjee among several others. Her personal story – she was considered a more accomplished player of the sitar and surbahar than Ravi Shankar – became the inspiration for the iconic film Abhimaan starring Amitabh Bachchan and Jaya Bhaduri.

Annapurna Devi was representative of the culture established by her father Allauddin Khan. She has left a legacy which manifests the true idiom of being a guru and illustrates what the concept of purity in the journey of music is.

Her life and work represents a complex symbolism. For the last five decades or more, Annapurna Devi lived the life of a recluse. Though she seldom met anyone, she was committed to imparting her knowledge to select students. The door of her apartment in Akash Ganga, Mumbai had a simple message – ring the bell thrice, and if no one answers, leave your message or card. Her marriage to a man who thrived on worldly acclaim and success was in complete contrast to her inner growth of learning under the tutelage of her father which was pure, ethical, giving, stark and demanding. Her brother, renowned sarod player Ali Akbar Khan, said if there was any kind of measurement with which one could assess his father’s legacy between his three star pupils, Annapurna scored the highest, he himself second and Ravi Shankar last.

While Annapurna Devi’s pursuit of music remained pure to the end, her life was painfully defined by the petty behaviour of Ravi Shankar, her separation from him, and the death of their only son. Abandoned by her husband, young Annapurna took to teaching for a few years at the National Centre for Performing Arts, which she left when it moved from her building to Nariman Point. She lived on meagre means, cooking and warming water on a kerosene stove. It was her second husband, management guru Roosikumar Pandya, who came to her rescue. Always laughing and jovial, he organised her investments, which not only left her comfortable until the end but allowed Nitayanand Haldipur –  a retired musician from All India Radio who became her caregiver after Pandya’s death in 2013 – and other students to set up the Annapurna Foundation, a centre for the free learning of music. Haldipur follows Annapurna Devi’s practice of always feeding their students.

The birth of ‘Devi Ma’

Annapurna was addressed as ‘Ma’ by none other than her guru and father Allauddin Khan, the court musician of the maharaja of Maihar, Madhya Pradesh. It was Maharaja Baijnath Singh who gave her a Hindu name. Interestingly, Maihar is a prominent Shaktipeeth of Shardha Devi. It is believed that it here that the devi’s necklace (Mai-har) fell. Annapurna as a metaphoric devi can be viewed as Shardha, whom the Adi Shankaracharya came to call the goddess of learning and knowledge – Saraswati. Annapurna (the devi of nourishment) proved her mettle; her natural comprehension of sound and music motivated her father to teach her what he knew.

Once Khan, in a light moment, said, suppose she performed and the audience reacted by throwing tomatoes. Annapurna replied that if her contemplation was so shallow, she would gladly accept their reprimand even if it were raining eggs. Khan laughed and patted her head.

When Khan formally began to teach her the sitar, he did not permit her to listen to her other two classmates, brother Ali Akbar Khan or Ravi Shankar. She said that her brother and Ravi Shankar played so well that she was often drawn to listen to them, but her guru’s reasoning was that in the learning period, the focus is on internalisation. By listening to others, there was a chance of being influenced by their journey in music.

Also read: Those Who Talk of Plagiarism in Carnatic Music Know Not About the Tradition

Annapurna Devi represents the ideal metaphor of a guru. Most gurus of classical dance and music are also very much part of the performing world. Annapurna’s own tragic journey in the world led her to withdraw and nurture her knowledge through her practice, lifestyle and teaching. Khan’s training of music was a path towards interiority that demanded the devotion and determination of a sadhaka. “Every day, she stood in front of the photograph of her guru with folded hands and prayed that that day be in service to contemplate the path of purity of music,” Haldipur said.

Her father gauged her commitment and allowed her to play the revered surbahar instrument, a slightly varied form of the old instrument called the been. “Baba believed that only she was capable of carrying on the legacy of his revered guru the great Wazir Khan of Rampur. Not that she did not play the sitar. She would often say, that the surbahar is an instrument of intensity, and yet allowed a playground for innovation. That sadhaka is about exploring stillness. That the concept of sadhaks is ‘sa’ – yearning, ‘dha’ – retaining essence, ‘ka’ – pursuit of excellence. Performance, if not meditated, could pull an artist away from that focus. She said that play for the one – the only one and Baba said ‘Ek saadhe sab saadhe’ – aim for one and will find plenty, aim for all and you come away empty,” said Haldipur.

Her life was defined by a single-mindedness; she was a self-respecting pilgrim who stood above others in her silence. “She always washed her own clothes and incorporated a unique link to nature with kindness. Ma taught by singing, yes Shardha resided in her throat, says Haldipur. “Once I was very tired and did not want to come for my lesson but duty compelled me to. In my mind, I prayed that Guru Ma would notice my fatigue and ask me to go back home. But she did nothing of the sort. After I played my flute for five minutes, she remarked that I looked tired, and sitting down taught me the aaroh (ascending) and avroh (descending) musical scale of Raag Maaj Khamaj, a raga invented by her father. Guru Ma made me play for nothing less than two and a half hours, after which she asked how I was feeling. It was unbelievable, but I felt totally rejuvenated and energised. She smiled and shared with me that though the raga was meant for relaxing, it is only when there is purity of intent that the effect comes. Ma fed pigeons and crows. She recognised each bird and described their idiosyncrasies. Towards the end, I took to feeding the crows. Once, she called out and asked, ‘Did you feed that crow less food?’ I responded, ‘Yes, a bit less’. She said, ‘He is outside my window complaining!’”

Annapurna Devi was known to practice the surbahar in the middle of the night for hours, and once she finished her musical meditation it was said that the house was filled with the perfume of roses – such was her fire, purity and commitment towards music. She matured with time, more beautiful and more powerful. In recent months, she became weak and stopped teaching, saying that her music appeared blurred and she might end up teaching something wrong.

Such was the purity of her commitment to the idea of knowledge and essence of a guru, that after her father she respected Ravi Shankar. I suppose she meant not the person, but the disciple whom she assessed was true to the legacy he inherited and to his guru.

Annapurna Devi did not follow Islamic rituals, in fact she was not buried but cremated. When she was a young girl, Khan employed a maulvi to teach her the Quran, but unfortunately, the teacher came wearing stinking clothes which finally led to the end of her lessons. However, according to Haldipur, “A few months ago, when she was bedridden, unexpectedly a couple of sophisticated Muslim women came to visit. Ma surprisingly agreed to meet them. They asked whether she knew the Quran, to which Ma said no. They went onto recite a few verses, but Ma astonishingly recited along with them, later laughingly admitting that she remembered the few lessons she learned in her childhood.”

The material world of performance and glamour raised Ravi Shanker to high platforms. Ironically, it will be the tortured Annapurna Devi, perhaps, who will ultimately be revered.

This article is based on interviews with Nitayanad Haldipur.

Navina Jafa, a kathak artist and scholar, is vice president of the Centre for New Perspectives.