The master had never asked for a separate space in Indian dance history as a performer. It is therefore essential that we remember her teachings. 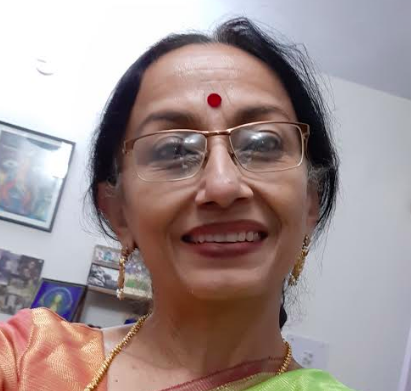 Dance had happened to her early. At the age of 11, she accompanied her father Akshay Nandi to the Colonial Exposition in Paris in 1931, where she met her future husband Uday Shankar. In her little known Bengali book, Sat sagarer pare (‘Beyond Seven Seas’), she wrote about this journey to a war-torn Europe, documenting the extraordinary times spent in performing to applauding audiences in the biggest of theatres in many cities in one of Uday Shankar’s first long European tours.

Amala joined Uday Shankar’s institution, the Uday Shankar India Culture Centre, in Almora, in 1940 and this association culminated in their wedding in 1942.

After the Centre closed down in 1944, Amala accompanied Shankar to Madras for his next venture, the making of the extraordinary film, Kalpana, where she played the lead female role. There exists almost no writing on Amala’s extraordinary contribution in the making of this film which released in 1948.

Eventually, Uday and Amala settled in Calcutta and opened their institution Uday Shankar India Culture Centre (USICC) – where young students were taught from the age of five. Amala, in her interviews, repeatedly mentioned this second version of Uday Shankar’s Almora Centre as her offering to the society and her work in carrying on Shankar’s unfinished legacy.

It is as the founder-director of this Centre that finally closed down due to her ill health in 2015, that Amala had staged her remarkable choreographies, Seeta Swayamvara, Vasavadutta, Chidambara, Yuga Chanda, and Chitrangada, and also restaged or recreated Uday Shankar’s original choreographies, Samanya Kshati and Mahamanav and shorter presentations such as Kartikeya, Astra Puja, Snanam, Village Festival and others. 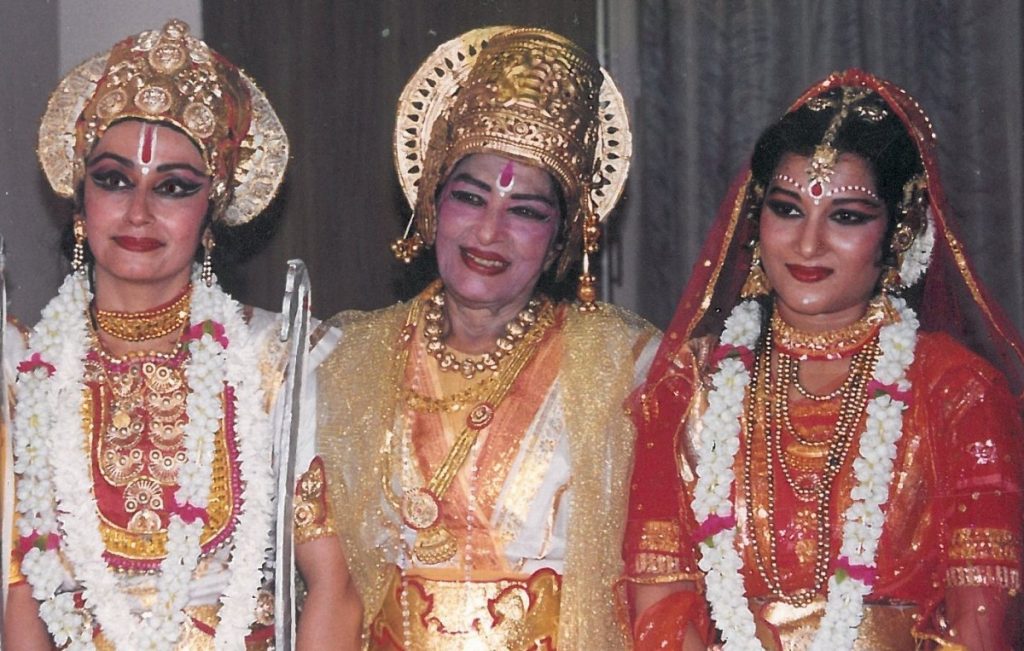 Amala Shankar is in the centre, dressed as King Janak, in Seeta Swayamvara.

She continued her work through her life, all the while existing under the shadows of Uday and Ravi Shankar.

Amala Shankar was a teacher par-excellence. Many of us, now in our early sixties, joined Uday Shankar USICC between 1965 and 1968. We were her first few batches, and with us she experimented on her creative dance process.

She always insisted that a good dancer is a keen observer and the student who does well in dance also achieves excellence in her academics. She trained young bodies and minds for 50 years, including her own daughter Mamata Shankar, and her daughter-in-law Tanushree Shankar, and many others like us, who have kept dance alive in our lives in different ways.

Many of us learnt to look at the world through her eyes, managed to handle forks and spoons at formal dinners under her watchful eyes, and wore our first sarees with her standing and instructing us. She was much more than a dance teacher, she was our world. Let me share a special story that remains etched in my mind.

We travelled to Sikkim in 1974 with Mashima on a small plane. USICC was invited to perform on the occasion of Indian Republic Day in Sikkim. This was the year before Sikkim became an Indian territory. This was my first airplane ride, I was in ninth standard. Mashima asked me to come and sit beside her in the plane. I was on the window seat, and the whole way she kept pointing out the landscape – the river, the mountain range the greenery that was visible from the window. It was the first time I saw a live map unfolding below.

Our last major production, premiered in 1993. Mashima took on the role of Siddhartha in Mahamanav, a restaged shadow choreography based on a work on Buddha’s life story presented earlier by Uday Shankar. She was already in her seventies, but her energy and enthusiasm, had us on our toes all day, every day, while the choreography was being set to music.

Her hand-painted slides were used as the back drops, her innovative costume designs made the shadow characters come to life, and her stern yet patient teachings helped us learn the ways to use shadows to tell the stories. I was Yashodhara, Siddhartha’s young wife, who he left behind when he started on a journey for truth.

I waited in anticipation everyday for that farewell scene, when she as Siddhartha would come and sit behind my sleeping body – bidding a farewell to me by holding my hand close to her cheek, before leaving for the unknown world. Everyday, I would cry, feeling the pain of separation, lying very still, till the music changed and I had to wake up as a part of my act and start searching for him frantically.

Today, I feel that the search has ended in a way, and now she is to be found every day, in all our work, dance related or otherwise.

Amala Shankar’s legacy is her creation and reformulation of Uday Shankar’s idea of creative dance. Her strength was her understanding of the process to empower young dancers to think of dance in everything they were surrounded by.

She helped her students in imagining beautiful movements by joining any line, circle, triangle or square that they saw. Her instructions ring loud and clear while moving to any piece of music – “Feel it, understand the emotion, embody the rhythm”.

Amala Shankar herself never asked for a separate space in Indian dance history as a dancer, choreographer or teacher. It is essential therefore that we remember her legacy and contribution to dance pedagogy and carry forward her teachings.