Padamsee was always important and relevant, but I am sure that the coming decades will see a growing interest in his work. 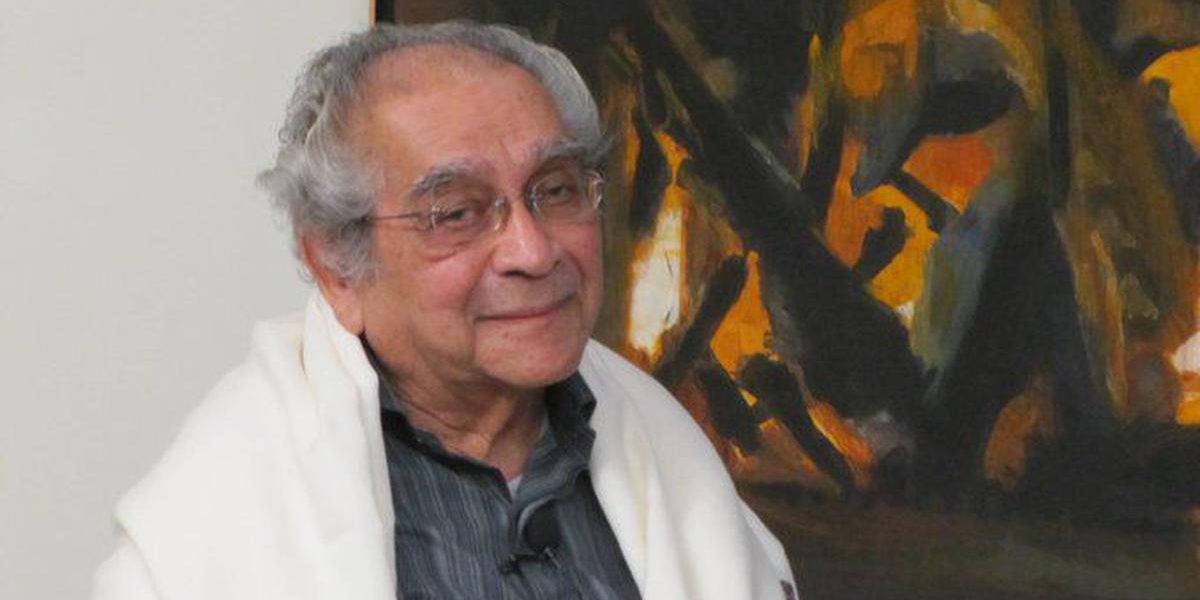 Akbar Padamsee’s death at the ripe old age of 91 is truly the end of an era.

I first met Akbar in the late 1950s or very early ‘60s, when I was 19 years old. I would haunt the Jehangir Art Gallery to see the shows, and to meet artists. Since I was a medical student but a hopeful artist, I always felt uncertain about how I would be received in the ‘art world’.

Akbar’s show at the Jehangir made a huge impression on me. When I sought him out to talk with him, I found him to be open and friendly. Other artists beside myself have had the same experience to report: he delighted in communicating with young people who showed curiosity and a deep interest in art. There was no patronising air; he would speak with you like he was a friend from your college. But whatever he said was clever and sharp, and rich in perception, with a shared feeling for the sacredness of great art. At the same time he could be iconoclastic, even contemptuous, of unthinking piety.

At that time he lived and worked in Paris, and he would visit Bombay once a year. I would shore up a whole year of my paintings to show him during his visit, and to get his comments. His feedback would be generous, but also unsparing. There was a wonderful precision in his criticism. After a dose of that, you were well equipped for one more year of work. Informally, he became my teacher.

His interest in one’s work didn’t stop at just that. At the right moment he told me to approach a gallerist, and to ask for a show. He wanted you to succeed – none of that grabbing and holding on to things for himself. When the gallerist said he needed to see more of my work before coming to a decision, Akbar said: “If he can’t tell by seeing five, he can’t tell by seeing 50.”

Then he advised me to approach another gallerist, who immediately agreed to show my work.

Although I owe him an endless debt for his lifelong interest in my work, soon we also became very good friends. And what a privilege that was too – to see him working on his paintings and drawings at close quarters, to hear him explain the profound concepts behind the work. Also, even as a friend, at the apt moment he was always ready to instruct.

Watch: Artists and Poets on the Importance of Art in Protests

The well-known French thinker Andre Breton once said of Akbar that at the age of 20, he was 20,000 years old. And indeed there were moments when one felt this to be absolutely true: a strange, pregnant statement coming out of the blue, eyes that seemed to be focused on something deeply inward, along with a sudden positively disarming, even cunning statement about how to get on in life.

Akbar belonged to a generation of artists that believed that beside an abiding interest in your own art, you needed to be well acquainted with philosophy and the other arts, in order that your own thinking and your work would become richer. He influenced many artists of my generation to carry on with this tradition. It is no mere coincidence that one of the books that meant a great deal to him was Paul Klee’s The Thinking Eye, a book that gathers in one embrace an investigation into art, philosophy and grammar.

And what can one say about the art itself? Akbar’s exploration of the female nude is well-known for its rich sensuality. But he was wary of this. A few have remarked that there is an accompanying asceticism as well, and this accounts for the enduring tension within each work.

He once said to me about Renoir’s nudes that since they focused so strongly on the physicality of the subject, they would suffer the corruption of the flesh that inevitably awaits the merely physical.

Padamsee was always important and relevant, but I am sure that the coming decades will see a growing interest in his work, and greater exploration into the man himself, and his thinking.

Gieve Patel is a painter, poet and playwright. His works are in public and private collections in India and abroad. His collected poems were published in 2018 (Poetrywalla, Mumbai).