Will the Quad Tangle with the O-RAN Alliance?

Reduced dependency on the Chinese digital infrastructure, its suppliers and the Chinese-influenced technical standards will serve as common ground for Quad collaboration on O-RAN development. 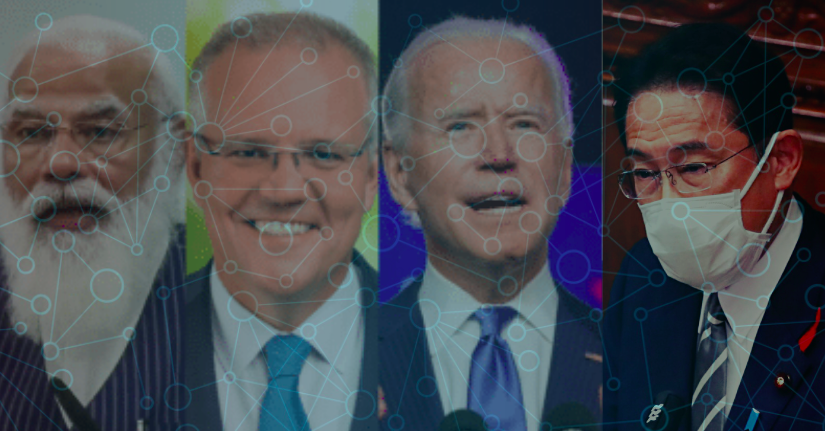 While China and Huawei may have won the 5G race, all is definitely not lost for those looking to reduce their dependencies on the Chinese telecom infrastructure.

When the Quad was reconvened in the 2020, a significant amount of media attention was given to the military capabilities of the individual states. Many believed it to be a purely military coalition to counter China’s aggression in the South China Sea and in the Indo-Pacific region in general. However, the leaders of the alliance have gone on record to clarify that the Quad is open to collaborating on other strategic issues like infrastructure and climate change as well.

Technology was a major area of focus during the first in-person summit held in the United States. The Quad has already created a working group on critical and emerging technologies to facilitate cooperation and innovation between the states. Semiconductors and 5G were the areas of focus in the technology sphere with an idea of using alternative 5G technology to create a global communications standard.

A 5G deployment and diversification effort is already in the works with the “support and the critical role of Quad governments in fostering and promoting a diverse, resilient and secure telecommunications ecosystem,” as mentioned by White House officials.

This is where open radio access networks (O-RAN) and the O-RAN alliance come into the picture.

What is the O-RAN alliance and why did it come about?

O-RAN is a term used for industry-wide standards for radio access network (RAN) interfaces (at radio wave frequencies) that support interoperation between different vendors’ equipment and offer network flexibility at a lower cost. The O-RAN alliance was conceived to create the specifications for interfaces and functions used in the O-RAN architecture. It started off as a German initiative to create a global standard for communications that would allow interoperability between the networking software, hardware and cloud systems of different vendors using a single RAN solution.

The alliance works towards releasing new RAN specifications, open software for a common RAN solution and helps its members in implementing, integrating and testing their networks.

With over 29 members and counting, the O-RAN alliance now has both telecom vendors and network operators like AT&T and China Mobile as part of the group. The alliance also encourages the entry of smaller firms in the sector working on specific interoperable solutions in 5G. This is done with the hope of creating a common RAN platform from mixing and matching solutions found across the globe.

Nokia’s exit can be a game-changer

Nokia, which was one of the founding members of the O-RAN alliance, recently decided to temporarily halt its work on the O-RAN system due to fears of sanctions by the United States government. This was in response to the federal government in the United States blacklisting several Chinese companies which were officially part of the alliance.

Nokia, on the other hand, was explicit in its statement about how these firms hold considerable clout in the industry and cannot be excluded from the organisation. The representatives from Nokia have stressed the need to access and use the 5G technology owned by these Chinese firms to develop the open RAN system. However, with the threat of sanctions looming for working with the Chinese firms, Nokia decided to put its commitment to the O-RAN alliance on hold. 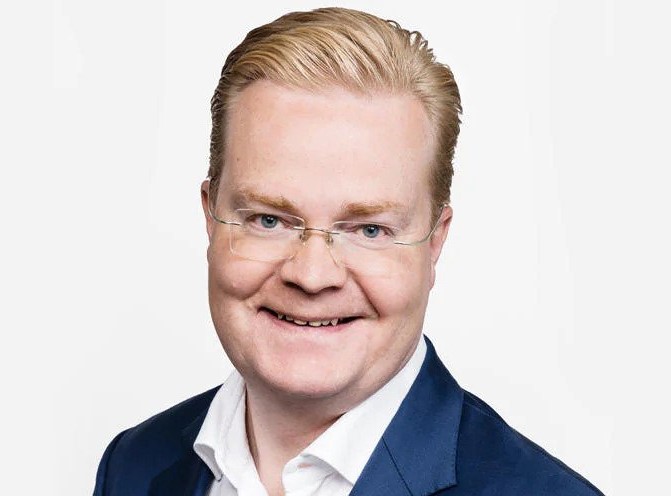 Tommi Uitto, president of mobile networks at Nokia, announced that the company will pause its work on O-RAN in the September 14 statement. Photo: Nokia website.

There is no definitive timeline given by Nokia on the resumption of the O-RAN work. It isn’t clear when the United States government will lift the ban on the Chinese telecom companies either. This creates a dilemma for all other members of the alliance as they heavily relied on Nokia as a potential global vendor. This, in turn, opens the door for better collaboration on O-RAN between the Quad members.

The O-RAN is an expanded system benefitting from the contributions of multiple vendors. This means better innovation, additional services, usage of third-party products and no more propriety equipment related to RAN. With Nokia and other Chinese companies out of the way, there would be more market space that can be occupied by the Quad states’ companies. Network operators from these states now get a chance to become global suppliers and vendors, helping lower their deployment costs and improve network performance.

One of the founding principles of the O-RAN alliance was to break the oligopoly of the telecom market. While India and Japan have already stated that they wished to work together on 5G, the Quad summit’s focus on technology would help provide better opportunities for the firms located in these states in spearheading the creation of a global O-RAN network for improved communications.

For a while now, 5G has remained a field of geopolitical contestation between technically advanced players like the US, Europe and China. With Huawei dominating the market, concerns have been raised on the Chinese state’s influence on the company and how Huawei’s 5G technology could be used by the State for its own purposes.

Citing the threat to national security, the US has already imposed restrictions on major chip companies from selling critical hardware to Huawei that can be used in manufacturing 5G devices, thereby derailing the installation of Huawei tech in the country. The UK, too, followed suit and has set a timeline for the removal of Huawei equipment from its 5G networks.

With China maintaining a stranglehold over 5G patents and technical standards through its companies, other states are looking to diversify their telecom supply chains.

O-RAN offers a particularly enticing method for those looking to navigate the complexities of 5G networks. It is aimed at ensuring interoperability and clearing the problems that might persist with using different companies’ equipment for running 5G networks. This, combined with the strategic importance that 5G holds in the technology domain, will help the Quad and its allies to develop a common global communication system. This, in turn, would allow each state to not rely on a single entity’s technology but to set up networks using their trusted local companies and would provide the opportunity to create a worldwide standard for communication.

Also read: What Are 5G Networks and How Did We Develop Them?

Reduced dependency on the Chinese digital infrastructure, its suppliers and the Chinese-influenced technical standards will serve as common ground for Quad collaboration on O-RAN development.

The creation of a global open RAN system will help in increasing 5G coverage and maintaining the scalability and sustainability of 5G networks. What is going to be interesting is that, with China and Huawei clearly winning the 5G race and thereby setting international technical standards in the field of 5G technology, will an alliance like the Quad push the O-RAN alliance as an official technical standards body with its own influence?

With the Chinese companies in the alliance blacklisted by the United States and Nokia pulling the plug on its O-RAN work, will the alliance take on a new avatar to create an international communication standard to counter China’s influence in the 5G domain?

Arjun Gargeyas works with the Takshashila Institution and specialises on the geopolitics of international emerging tech standards.