The ‘Special Status’ of Kashmir’s Internet Must Go

Orders for online censorship should have to demonstrate both necessity and proportionality before an independent judicial authority. 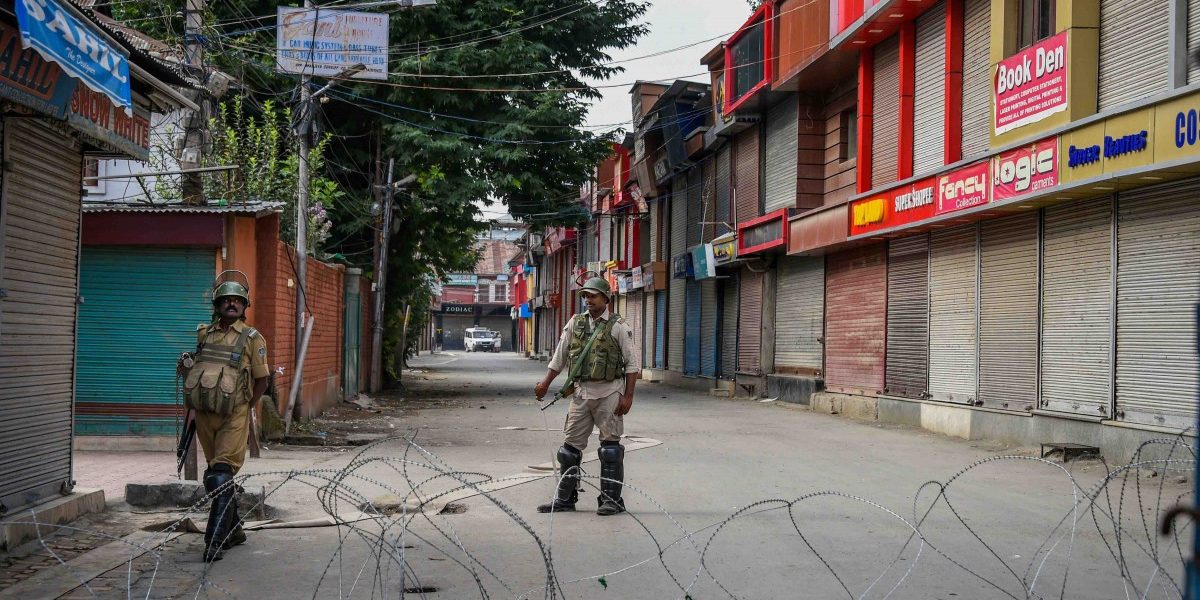 Jammu and Kashmir is currently in the process of witnessing one of the most comprehensive ‘information blackouts’ in India’s modern history.

Of the essential supplies that the Valley has been cut out from, one of the most crucial is the blockage of almost all lines of communication to and from Kashmir, including telephony and one-way broadcasts like cable TV. This is the 51st internet shutdown in Jammu and Kashmir since January 2019, and according to one estimate, the 179th since 2012, accounting for more than half the shutdowns ordered across the country.

Even for Kashmir, the latest sweeping communications blackout is a reason for concern. As noted by David Kaye, special rapporteur for the United Nations, the blockage of even one-way communication sets a worrying precedent for state responses towards censorship. Censorship is not limited to the blackout, either.

On August 12, it was reported that the government issued orders to Twitter to block certain users who were reportedly spreading ‘false information’ about the situation in the Valley, including verified handles. The arbitrary manner in which communication is curtailed in (and about) Kashmir is a microcosm of the administration’s chokehold on freedoms within the Valley, and the implications of such restrictions should worry us all.

The latest communication blockade in Kashmir began on August 5, the day on which the Union government read down Article 370 of the constitution, which granted Jammu and Kashmir special status, via a presidential order – a move which has now been challenged before the Supreme Court.

The communications shutdown, imposed hours before this decision was made, was ostensibly to prevent civil unrest in the Valley in the aftermath of the unexpected decision. The effect, on the other hand, has been the creation of chaos and confusion both within and outside the Valley, with Indian citizens being unable to exercise the most basic fundamental rights of freedom of speech and information, even in the face of one of the most significant political decisions impacting their lives.

A comprehensive study of the impact of internet shutdowns in India indicates to the contrary – arresting communication in times of unrest can fuel uncertainty and panic. It prevents reliable and authentic communication from reaching a population which is already at risk, which can instigate hitherto non-violent protestors from coordinating political activities and thereby resorting to potentially violent tactics.

The absence of authentic sources of information, including reliable local journalism, also provides a fertile breeding ground for propaganda and disinformation outside the blockaded area. This is fatal to any democratic discussion about the immediate effects of the government’s decision – citizens are not only not aware of the sentiment of Kashmir’s residents, but are increasingly being actively misled through propaganda machinery, both internal and from across national borders. How, then, are we to accept the government’s claims of normalcy in the region, particularly when the little information that manages to slip out indicates, contrary to these claims, an atmosphere of fright and unrest?

As noted in a report by the Berkman Klein Centre at Harvard University, broad communication shutdowns could be a response to the government’s inability to control offshore platforms or encrypted messaging platforms which are increasingly responsible for hosting online speech. Yet, online platforms like Facebook have also been complicit in arbitrarily censoring ‘controversial’ (read, dissenting) speech from or about Kashmir.

The New York Times reported last year that Facebook’s content moderators were told to apply greater scrutiny to content which contained the phrase ‘free Kashmir’. Twitter was also recently pulled up for acceding to Indian government requests for censoring content by Kashmiri citizens and journalists without adequate due process or transparency.

As the internet becomes increasingly enmeshed in everyday lives and livelihoods of Kashmiris, necessary for everything from political mobilisation to cross-cultural consumption and commerce, the severely disruptive effect of internet blackouts makes other efforts towards restoring normalcy seem futile and needs to be reckoned with. Our legal framework needs to account for and respond to this other, subtler, abrogation of the constitution that is taking place in Kashmir.

The institutional opacity in Kashmir’s internet shutdowns is so comprehensive that the legal routes resorted to in each instance need to be speculated upon, and even the Right to Information Act has not managed to broach the government’s resistance to transparency.

Some reports indicate the complete lack of due process and failure to follow any procedural norm in the issuance of blocking or censorship orders – with government officials resorting to merely telephoning internet service providers and ordering shutdowns, even prior to an official order.

The lack of transparency and due process is also a failure of the legal regimes under which shutdowns ostensibly take place, which operate concurrently – Section 144 of the Code of Criminal Procedure; Section 69A of the Information Technology Act, and Section 5(2) of the Telegraph Act, and associated rules. Of these, Section 144, which is commonly used, has no statutory procedural guidelines for its application, even though the Supreme Court has stated that its use must be limited to cases where “there is an actual and prominent threat endangering public order and tranquility.”

Even though a modicum of procedural safeguards exist under the rules made under Section 69A and the recently notified Temporary Suspension of Telecom Services Rules under the Telegraph Act, the processes under which these take place, too, are shrouded in secrecy, and their flaws are well documented.

In any event, while these regimes for censorship have been upheld by courts in different instances, the brazen manner in which they are being regularly deployed are unlikely to meet the constitutional standard of necessity and proportionality. This is particularly so in the frequent cases of shutdowns which are taken as ‘precautionary measures’, or censorship before the fact. Such restrictions require the government to demonstrate a significantly higher threshold that there is an imminent danger of public disorder likely to occur. It is unlikely that broad internet shutdowns applicable over vast populations would qualify this threshold.

It is imperative that the laws that have placed Kashmir’s, and indeed India’s, online freedoms in such jeopardy, must be revisited. At the very least, orders for online censorship must be able to demonstrate their necessity and proportionality, including temporal and geographical limitations on their applicability, before an independent judicial authority prior to their application. These laws must also ensure the proactive transparency of any order for censorship. Online platforms, for their part, should ensure that their systems for complying with government censorship requests are transparent and follow due process, including pushing back against arbitrary and overbroad censorship requests.

The demonstration of the government’s authoritarian tendencies towards the internet have been most apparent in its callous approach towards online freedoms in Kashmir, contributing further to its increased isolation. Remedying this situation must be at the forefront not only to preserve the constitutional rights of Indian citizens, but also to continue to hold out hope for the internet as a vibrant, equal and democratic space.