The Risks of India Ignoring the Global Fake News Debate

Doctored videos, false news and WhatsApp hoaxes. India has it all and cannot afford to be silent during a debate on how best to fix fake news. 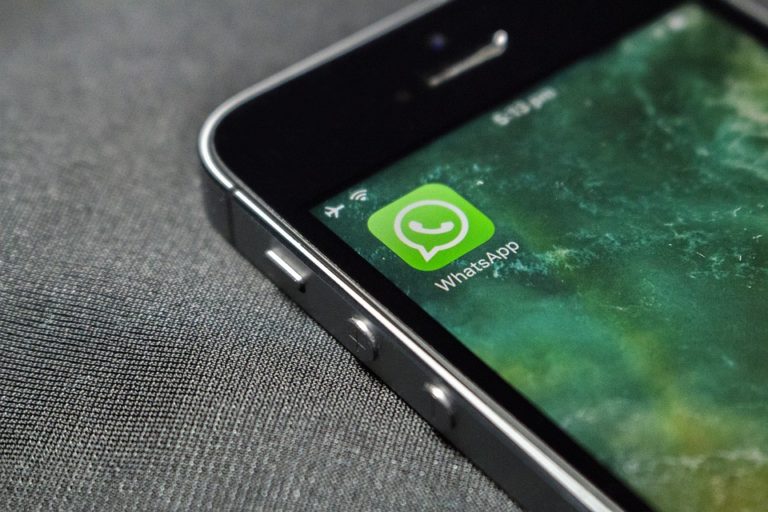 Fake news is India’s problem too. It is widely circulated over WhatsApp and Facebook. Credit: Pixabay

A tectonic shift in the powers of the internet might be underway as you read this. After the shock of Donald Trump’s victory and the following reports of how fake and misleading news played their part in deciding the verdict, the tech and media industries are in an uproar over what they view as a mutilation of freedom of speech. Powered by this outrage – and carrying over similar concerns from the Brexit campaign – there seems to be a global push towards finding solutions to tackle the menace of fake news and by extension restructuring the way people consume news online.

Currently, there are multiple solutions being experimented with, all of which come with their own drawbacks. For a comprehensive view of what’s going on in this domain refer to Eli Pariser’s open Google doc, which has been turned into a global compendium of ideas. Some solutions, such as FiB, which focus on ensuring information is sourced from ‘reliable’ sources are in many ways looking to re-establish the old world order of trust in established/reputed institutions. Though this might work on the face of it, in environments where news outlets are free from government interference, it might help solidify power centres in countries where autonomy is more limited. It will also make it even more difficult for upcoming outlets to get visibility.

Another approach has been to try and create modded communities like what Hypothes.is is trying to achieve in order to promote information sharing and discussion. This approach works well in creating information layers over existing stories but at the end might have limited impact on the general users who just read the basic news story. Modded communities also run the risk of aggravating existing frustrations of the general public as they might be construed as elitist in their exclusivity and as ignoring the vox populi.

Human editors are also an option and it is highly likely that any solution will have to incorporate some form of human input on a regular basis. However, if Facebook’s results with human editors are anything to go by, the results – if implemented improperly – can be catastrophic due to the inherent bias involved.

There is also an effort being made to burst the filter bubbles of readers by showcasing to them news from across their reading spectrum. Projects such as Escape Your Bubble might possibly be the best way to tackle the problem as they focus on enlightening users with more varying information rather than trying to restrict or repudiate their views. However, such systems will also need extensive help from local establishments to guide and train them to recognise differing viewpoints.

The last gasp approach, however, might be to just censor news that is construed to be fake or misleading. This though would be a folly and would go against everything the Internet holds dear – primarily the freedom of speech. However, commercial institutions such as Facebook might find this the easiest way out as evidenced by their previous actions.

However, the concerning aspect for Indians is the almost non-existent reaction from both the powerful Indian news media and the country’s vibrant tech industry. Both seem almost conspicuous through their absence in this global debate. At a time when the Indian populace has been demonstrated time and again to be highly susceptible to misleading and fake news, it is worrying that the arbiters of information in our country are keeping quiet on this rapidly escalating issue.

Take for example when earlier this year a major news studio in the country doctored a video of a protest in JNU to raise doubts on the legitimacy of the educational institute. This video was further propagated by another mainstream news channel on primetime television without verification. This led to a national furore that culminated in a public thrashing of students inside court premises by lawyers and a gaping divide in public sentiment. More recently, hoaxes of GPS chips in the Rs 2,000 note did the rounds after the prime minister’s November 8 demonetisation speech. Spread by both media and WhatsApp messages (the latter being the source of numerous misleading stories in the country), it led to wide scale confusion among recipients of the new note.

As Prabhakar Kumar, from the Indian media research agency, Centre for Media Studies, has been quoted by The Guardian as saying, “Mainstream media in India is more impacted by the phenomena [of fake news] because they broadcast these kinds of stories without verifying…There is no standard policy for TV news and newspapers about the process of researching and publishing stories.” When seen in conjunction with the rat race of TRPs and social media shares, that have become critical factors for survival for news organisations, it isn’t surprising that veracity has been junked in lieu of the continuous frenzy for the next big (read viral) story.

The increasing polarisation of the debate is also playing its’ part in warding off any meaningful collaborations between organisations. The growing divide in public discourse is forcing news organisations to choose (often political) sides and it is becoming increasingly difficult (or even impossible) to find common ground for organisations to agree on. This could also be what is warding off the country’s tech industry, which otherwise has been quick to jump aboard global trends and replicate the same in India.

So what is the risk of keeping quiet?

Almost all the solutions currently being put forward seem to be emanating from the West and primarily the US. While Silicon Valley and its ilk have generally been at the forefront of most technological upheavals in the last decade, the subject of news monitoring and filtering is just too important and delicate to be entrusted to just an elite few. Furthermore, there is also the risk that solutions devised in the West might be ill-suited for other parts of the globe due to socio-cultural differences. For example, solutions devised for balancing discourse in a two-party system such as in the US might struggle with the subtle distinctions in a country hosting close to two thousand parties each catering to the needs of the country’s myriad communities.

Furthermore, the entwinement between industry, media and government runs far deeper in the developing world as compared to much of the West. As it is India ranks 133rd out of 180 countries in the Reporters Without Borders’ Freedom of Information rankings, and has been proven time and again as a dangerous place for reporting the truth. Add to this a nebulous mix between media houses, corporate and political parties, and it is easy to see how an ill-construed mechanism hinged on the credibility of major publications can skew the balance of democratic power in a developing country.

Hence, any solutions that do not take these nuances into account will struggle to succeed at a global level. At best they might have a lesser impact than desired, and at worst they could help dismantle already tenuous forms of information transparency in the developing world.

Standing by on the sidelines, waiting for someone else to solve the problem would be akin to handing over the reins of our entire public discourse, which is today increasingly being shaped by social media, to external entities. Needless to say that the consequences of such inaction could be calamitous. We need to stand up and speak now, or else risk having our entire public discourse directed by algorithms which we had no say in designing.