Now Playing On Your Timeline, the Cult of Elon Musk

What can mortals do when the gods they create use their power to summon a troll army? 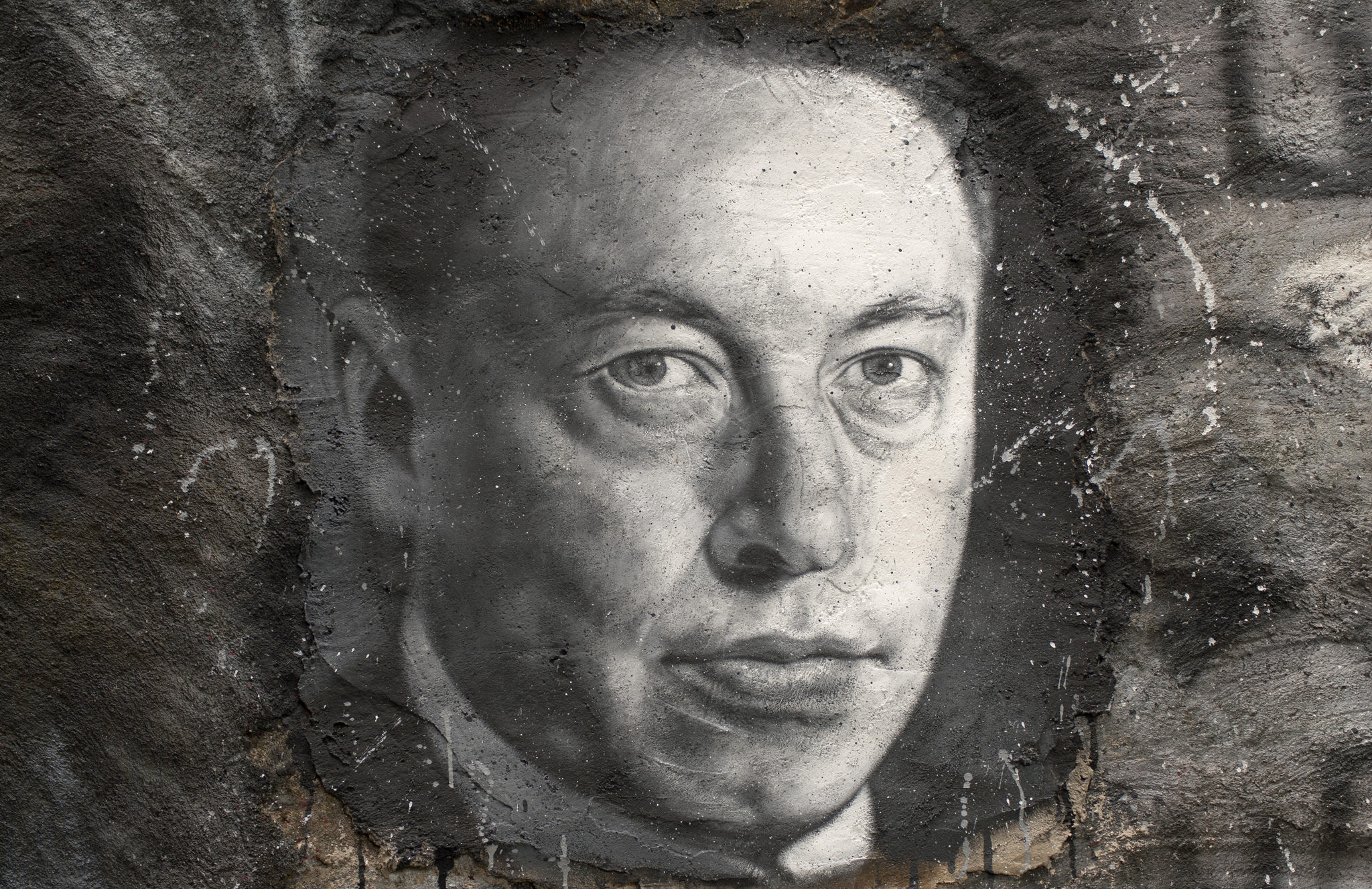 A painted portrait of Elon Musk. Credit: home_of_chaos/Flickr, CC BY 2.0

Jean-Paul Sartre famously refused a Nobel Prize for literature (in 1964) because, he said, he didn’t want to be “institutionalised”. His eagerness to prevent this transformation wasn’t misguided. Perhaps more famously, at least among science journalists, many Nobel laureates in the sciences have turned into institutions after winning the coveted prize. Their presence in a room is typically interpreted as the presence of a Nobel laureate more than anything else.

By this measure, they bring along the weight of their awards and other honours as well as that of the research bodies with which they are affiliated. As a result, they’re often taken more seriously than they ought to be – particularly when they’re commenting on subjects they’re not experts in.

Elon Musk does not have a Nobel but he has already become one such institution. His successes as an entrepreneur (with PayPal, Tesla and SpaceX) have rendered him a techno-financial laureate of sorts among the people. His triumphs in the business sphere have put a halo on his head and the hashtag reads “Midas”. He’s a champion of the masses that speak English, have at least an undergraduate education, live in cities and make enough to dream about spaceflight.

His feats with SpaceX in particular are notable in this context: the CEO appeared to be a demigod willing to take risks towards achieving his outlandish ambition of landing humans on Mars in his lifetime – a sharp departure from his early competitors, the more fuddy-duddy United Launch Alliance, Arianespace, Boeing, etc. Musk was Spaceman Spiff in an arena of Bob the Builders.

Thus, he gave the technophilic middle class hope. And when they hoped, they also had to clear the path for their champion – which they did by raising a troll army and finding ways to rationalise their Supreme Leader’s gaffes. We’ve seen this story unfold thousands of times already. If you haven’t, you’ve surely experienced its strongest after-effect: self-censorship.

You hold back. You don’t tag @elonmusk on Twitter because you don’t want your mentions to explode with expletives. If you’re a woman, you don’t tag @elonmusk on Twitter because you can’t deal with rape threats and threats of physical violence. Mika McKinnon, a science journalist, told Daily Beast, “This is the only person and company I deliberately avoid tagging out of a desire to not get swamped. It makes me sad that engaging in conversation is so painful, and it took me too long to realise it wasn’t worth the cost.”

You’re wary of hundreds of people who will miss your actual point and grind your argument into a fine semantic powder. Mostly, you’ll want to stick to the ‘nicer’ side of things – the parts Musk is getting mostly right – and stay away from anything that could push you into a pit of troll-induced introspection.

Last week, Musk turned his attention to journalism and – ignoring the importance of self-regulation in the enterprise – declared he would set up a Yelp for the fourth estate. His next target was nanoscience, the science of things that are best measured in nanometers. According to Musk, it’s “bs”.

In capitalism, one dollar equals one vote – so Elon Musk has 20 billion votes. And when 20 billion votes call an entire field of study “bullshit”, it’s a stress test like only sudden death can be. That field will now have to justify its own existence; its proponents will have to spend valuable time and resources talking about why they do what they do, and why that’s legitimate – as Upulie Divisekara did. This is how much a billionaire’s ignorance costs.

But the worst is yet to come. This may not be the first time Musk has said something stupid but it’s certainly a flashpoint as his followers and fawns in the press wake up to the possibility that, hey, he can be wrong but he should not have to face the consequent blowback. This is usually the precursor stage of a cult, where powerful systems of self-rationalisation, self-preservation and hero worship insulate men from criticism and safeguard their ability to violate the rights of others (cf. #metoo).

The next stage is for Musk to do something about whatever he thinks is “bs” instead of just tweeting about it, and that day is not far off. His journalism credibility rating platform is doomed to fail, and when it does, who’s to say he won’t pull a Peter Thiel and sink Reveal (whose report about injuries at Tesla invited a federal investigation)?

To be sure, this isn’t a transformation on Musk’s part himself but one of public perception. It has always been in Musk’s nature to rework ideas from scratch, reinvent systems upstream if need be to accommodate his brainchildren and accumulate the necessary capital and weight of policy to do so – all paradigmatic of Republican aspirations. They don’t belong, at least not without more regulation, within areas where the benefits of state control and public expenditure are well-known.

When his SpaceX launched reusable rockets – so penetrating one of the least regulated human territories – and when his Tesla made electric cars and power-storage batteries – so entering a market desperately looking for ‘greener’ alternatives – it was great. Nobody stopped to think about why a man who once released the patents on his cars into the public domain also wanted to ‘clear’ news reports before they were published, or why a billionaire enabled by tax money wants to set up a ‘gated community’ on another planet.

But if he’s going to bring his brand of disruption to one of the pillars of modern democracy, bring his ignorance into the niches of scientific research and channel his trolls into a space for conversations about making the world a better place he appeared to have cleared some years ago – he shouldn’t be allowed to. This isn’t a fight to reduce the number of dollar votes he has but a fight to ensure a man who has done some sensible things brings that sensibility, and sensitivity, to bear on everything else.