The Desires and Fantasies of Digital India

If companies like Facebook, Google and Microsoft stand to earn revenues from Digital India, they should be made to contribute to the Universal Service Obligation fund which, in turn, can be used to advance public interest in specific ways. 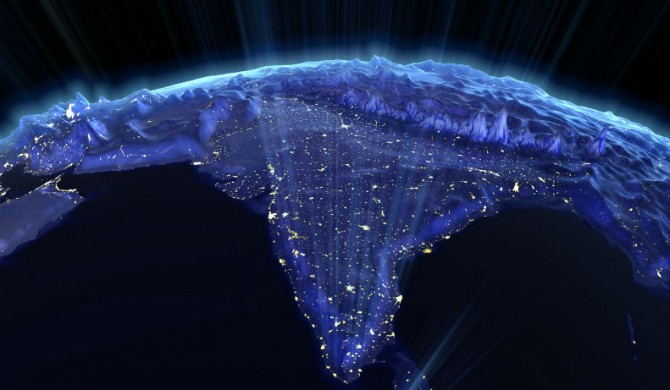 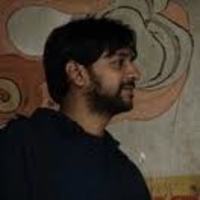 You would be hard pressed to find a single paper or television channel in the last few days that did not sing the praises of the Prime Minister going to Silicon Valley. Our mediascape is awash with pictures of Narendra Modi and Mark Zuckerberg. Correspondents and anchors have taken pains to point out that after Obama, Modi is the only politician to have participated in a Facebook Town Hall event. While there is no denying the fact that Modi has pulled off a coup, a deeper look at the underlying politics of Digital India is necessary to understand what it is that we are celebrating – and whether we should be celebrating at all.

It was the 1999 National Telecom Policy that envisaged the notion of universal service, and by 2003 Parliament converted this vision into a Universal Service Obligation (USO). Thus, by 2002-03, Telecom Service Providers (TSPs) had to pay 5% of their Adjusted Gross Revenue (AGR) and this contribution marked the beginnings of the Universal Service Obligation Fund (USOF). Basically, the idea was to get TSPs to provide 2G and, subsequently, 3G signals in rural, remote and hilly areas of the country. The idea was that even if rural populations wouldn’t have desktop computers, laptops or tablets, most people would possess affordable smart phones that could act as gateways to the information economy. However, TSPs have by and large failed to promote rural connectivity with the same admirable enthusiasm they have displayed in urban areas. Even today, the rural hinterlands have at best 2G connectivity and people are told that 3G or 4G will be provided ‘soon’.

Given this failure to broaden and deepen access to the Internet, it was a reasonably bold move on the part of UPA-II earlier and now the NDA government to invest in an optic fibre network across the country. Even in purely technical terms, this initiative is nothing to sneeze at – it involves digging up roads all across the country and envisaging that more than 200,000 gram panchayats across the country will have optic fibre cables leading up to their offices. There is still not much clarity on how the Internet will reach from the gram panchayat to people’s mobile phones. Digital India, so far, has only committed to providing an empty optical fibre pipe through which the Internet can be provided. We don’t quite know yet who will provide the Internet through the pipes.

The government has created a special purpose vehicle – Bharat Broadband National Limited (BBNL) to manage this massive infrastructural exercise. BBNL plans to deploy the optic fibre network across the country and conduct auctions in the hope that TSPs and/or Internet Service Providers (ISPs) will bid for providing last mile connectivity to rural populations. Given the TSPs’ track record in terms of deepening access, the BBNL agenda sounds more like naïve optimism than realistic policy vision.

India as a prime Internet market

There is no doubt that Modi was received enthusiastically by Internet giants such as Google, Apple and Facebook  because India represents one of the biggest Internet markets in the world. Already, even though India has less than 20% Internet penetration, it has the third largest number of Internet users in the world. Imagine hundreds of millions of rural Indians connected to the Internet in a short span of say 3-5 years – it is a dream opportunity for Internet companies.

The new Indian Internet user who is not likely to be comfortable communicating in anything other than his or her mother tongue will confront an Internet that is dominated by English. This is why Google wants to make its search engine available in 10 Indian languages. The new Indian Internet user will probably dabble in video and, perhaps, to a lesser extent in audio, rather than text. Internet companies will be hoping that these users find ‘relevant’ videos all on a single URL – such as Facebook. With the onset of Internet infrastructure, new possibilities will open up, such as online education for primary schools. Companies like Microsoft have decided to get into the game hoping that millions of young people will grow up using Microsoft Windows and other Microsoft products while still in school.

The introduction of large scale Internet infrastructure, basically a massive virgin market, has the Silicon Valley giants salivating at the very thought of all the possible revenue opportunities in terms of applications and content that they see Indians using. For all the hoopla around Digital India, the actual revenue generated will go to the companies in the US.

This should not be mistaken as a complaint against ‘foreign’ or even American companies. In a globalised world, an Indian company is not very different from an American company. Both entities are capable of routing capital to offshore tax havens in order to avoid paying tax to governments, and maximising profit for their shareholders.

While politicians like to appear on the side of disenfranchised Indians when it comes to multi-brand retail or corporate acquisition of agricultural land, the idea of throwing open our media and communication/information markets does not appear to bother them unduly. This is strange, for the Internet will bring about a paradigmatic shift  since most of our services – from banking to governance – are deeply entrenched in information economies, at the front end or at the back end.

Due to these paradigmatic shifts, existing providers will have to compete with new competitors. Digital India should ensure that regardless of who provides content, services and applications to the millions of new Internet users, the resulting economic benefit (i.e. the primary economic benefit gained from people simply using the Internet) accrues back to taxpayers and does not escape entirely to some offshore haven. A good idea would be to force beneficiary companies like Google, Microsoft and Apple, among others, to contribute to the USO Fund, which, in turn, can be used to advance public interest in specific ways that the “free market” would perhaps not choose to or even want to.

The USO fund could invest substantially in regional language Internet content – news websites, educational and entertainment websites that speak to local issues, needs and cultures. Such small-scale initiatives might not survive a highly competitive free market, but they stand a chance if subsidised effectively by the Internet giants.

Another possibility is for the USO Fund to support community Internet networks, community telecommunication networks, community media initiatives and independent journalism. Right now, Google, Facebook and Apple come off looking good simply by furthering their own business interests and pretending that this business activity is an act of great philanthropy. Internet access is great, but not if it means converting millions of Indians into Facebook, Apple and Google users – millions of people doing labour while a handful of people profit due to this labour. The American academic Ulises Mejias calls this “playbor” – the labour that people willingly contribute while ‘playing’ on the internet – liking Facebook posts and surfing cat videos among others, that directly increases profit for the monopolistic internet market.

The impulse to control

Coming to the content of the Internet, the government has displayed a fairly limited imagination of what high speed broadband can mean to Indians. Even while one can be fairly sure that the internet experience will be monopolised by a few companies – in terms of hardware, carriage and content – there is still considerable uncertainty on how Indians will behave within the confined ‘walled gardens’ of the Internet.

One can imagine a horribly perverse yet fascinating version of the Arab Spring, where majoritarian upper caste movements across the country utilize high speed broadband Internet to wreak absolute havoc on a hapless administration. It would be Digital India’s nightmare coming back to haunt its creators. Today perhaps a simple ban can prevent people from accessing the Internet. This is because most of our Internet access is mediated by a handful of TSPs who, to use the words of L K Advani, crawl when asked to bend. But when it comes to extending last mile for the massive optic fibre network, it is highly doubtful whether there will still be the same few TSPs in the market. Areas where big market players don’t want to enter may see small community-based Wi-Fi mesh networks. In other places, one can imagine local ISPs getting involved upon sensing some business opportunity. It would be much harder to send blanket ban orders in such a diverse market.

In such a scenario, an ill-conceived regulation like the IT Act will simply prove to be a nightmare. The Indian Internet user will find herself or himself in the rare situation of being able to ‘broadcast’ content without needing a license under the Indian Telegraph Act 1885 or other similar draconian legislation that governs most of our media. Our politicians and bureaucrats would do well to anticipate and deal healthily with this situation rather than try and control the Internet. Imagining that the average Indian will use the Internet only for their social-economic development reveals the fantasy of the state rather than a basic understanding of people’s media habits.

Notwithstanding all this, Modi has, it seems, successfully sold the idea of Digital India to aspiring citizens back home and investors abroad. The question now is what is to be done after the sales pitch. While the state imagines a digitally fuelled, slick arrival into modernity, one suspects that it will fall upon us citizens to reflect and possibly prepare for a range of unintended consequences resulting from the digitalisation of our political, economic and social infrastructure.

The writer works with Maraa, an arts and media collective based in Bangalore and Delhi.