Will the WhatsApp exodus be sustainable? And if so, what does it say about Silicon Valley's convenience-at-all-costs strategy?

Signal has been the most downloaded app in many countries since WhatsApp's update. Photo: Twitter/signalapp

The defining feature of 21st-century innovation has been the reduction of friction.

The most successful companies of our times – Google, Facebook, Uber, and so on – follow what economists David S. Evans and Richard Schmalensee call the “Matchmaker” business model.

These companies make their money by making it easier for one group of people to connect with another group of people almost effortlessly. Uber, for instance, makes it easy for cab drivers and cab riders to find each other, a job that has historically caused great frustration, as anyone who has attempted to hail an auto in Bengaluru in the old-fashioned, “wave-your-hands-frantically-as-if-you-are-drowning” way can attest.

In economic terms, this frustration and waste of time are called transaction costs. In the matchmaker economy, innovation is directed towards making processes smoother and more convenient. This mindset has even penetrated sectors where a certain amount of friction is desirable in ensuring security, such as banking. Transactions that are conducted using the online banking services provided by one’s bank are notoriously tedious and time-consuming, as a variety of security measures, including OTPs, PINs and passwords, are built into the infrastructure. Yet, with the advent of the Unified Payments Interface (UPI) in India, transactions have become almost seamless, while continuing to be secure. At this point, one would not be mistaken to assume that this is as clear a template for uber-successful (pardon the pun) business models as any and that a consumer will choose convenience over all else.

Two related developments in the past week though, have challenged these assumptions. The first of these is the update in WhatsApp’s privacy policy, the implications of which are explained here. In short, nothing has been radically changed, with the update only expanding on the ways WhatsApp has been using user data since 2016. 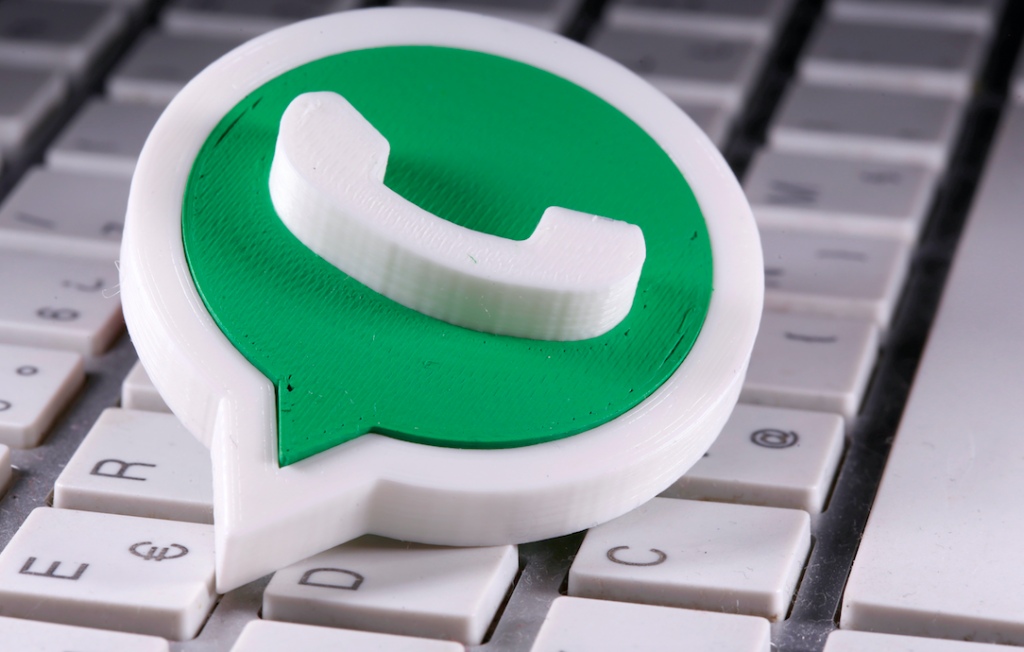 A 3D printed Whatsapp logo is placed on the keyboard in this illustration taken April 12, 2020. Photo: Reuters/Dado Ruvic/Illustration

The second is the astronomical surge in demand for the private messaging app Signal. The app, endorsed by Elon Musk and Edward Snowden, is supposed to be the most secure messaging platform, with complete end-to-end encryption and non-intrusive data collection processes.

It is also not very convenient. Unlike WhatsApp, Signal does not allow cloud backup of chats, and restoring messages from its local backup is a hassle. And if one loses their phone, or changes their number, chats cannot be restored at all. Similarly, shifting from one app to another involves a great many transaction costs. Messages, millions of them, are lost, while one also has to spend considerable time becoming comfortable with the user interface (UI) of the new app and navigate its settings. Despite these considerable inconveniences, so many people have shifted to Signal that WhatsApp on January 13 felt compelled to run a full-page ad in all major Indian dailies, assuring readers that it respects their privacy. This tells us something significant about the change in consumer priorities.

What we are witnessing is a commodification of privacy. We seem to have arrived at a point, at least with regards to messaging apps, where users value their privacy as much as convenience, challenging the very successful template of the convenience-first, matchmaker model. It can then be argued that a new business model that “sells” privacy is likely to emerge and compete with the one that sells convenience.

Of course, that is not to say that privacy and convenience are necessarily at loggerheads at all times. Indeed, like all things, it is perhaps a balancing act that makes for a successful tech product. But thinking of business models along this otherwise simplistic framework allows us to appreciate the various tradeoffs that tech companies have to routinely make in their attempt to grow.

Take, for example, the chat backup feature on WhatsApp. It is extremely useful, allowing one to restore their messages when they change their number, lose or damage their phone beyond repair, making the already tedious process of changing phones ever so slightly easier. Yet, cloud backup depends on allowing third parties, like Google Drive, to access personal chats. While messages on WhatsApp are end-to-end encrypted, chats backed-up on Google Drive are not protected by encryption and are thereby vulnerable to being breached. Yet, almost everyone I know backs up their chats.

The tradeoff between privacy and convenience is thus clear. So far, tech companies have readily made this tradeoff, prioritising growth – which they believe comes from making their products increasingly free of friction – over privacy. Going forward, this might not be such an easy choice.

It is likely that consumers care about their privacy far more in certain domains (like messaging) and a lot less in others (cab-hailing). Yet, it is important that tech companies begin to realise that their “convenience-at-all-costs” strategy might not be sustainable, as it has resulted in convoluted incentives that undermine users’ agency over their data, so much so that even those that would otherwise be indifferent about data privacy have begun to appreciate the immense value of their data – and their agency over it – in the information economy.

While Signal’s success reveals the value of “selling” privacy to consumers exhausted from being treated as dopamine-addicted data sources, Signal itself does not really “sell” anything. It is a nonprofit. This presents an interesting conundrum. While it is clear that there lies great consumer demand for privacy, it is not quite clear how such a demand can be monetised. A nonprofit model, while noble, will not be sustainable if privacy were to become an increasingly important (perhaps even primary) aspect of technology services. As long as business incentives drive tech giants like Facebook and Google to expand by providing “free services” in return for user data, the demand for privacy, no matter how pervasive, will barely be quenched beyond desperate full-page ads. There will always be enough network effects and lock-in costs to convince people to sacrifice their privacy at the altar of inertia.

Currently, there are two ways in which the demand for privacy is being met. In addition to the nonprofit model, there is the Apple model. Apple has “commodified” privacy in the truest sense of the word. Apple has invested heavily in developing a robust, albeit opaque, privacy infrastructure across its services, from its operating system to services like Apple Maps and iMessage. Late last year, iOS announced a privacy update that requires app developers to ask iOS 14 users for permission to collect and track users across apps. While all of this points to the company’s apparent respect for user privacy, Apple continues to be prohibitively expensive, especially in the poorer parts of the world. This model runs the risk of making privacy a luxury reserved solely for those that can afford to buy the whole assortment of premium Apple products. In order to access iMessage, one has to buy an iPhone, and not everyone can do that. Thus the choice in front of a privacy-conscious consumer is limited by the unsustainability of nonprofit business models on one hand, and luxury products on the other. 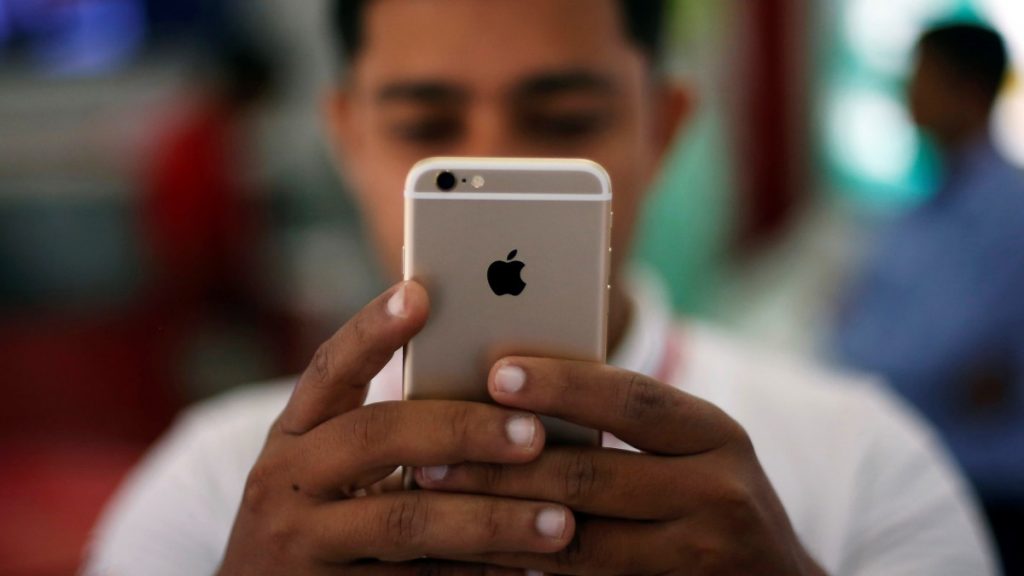 Apple continues to be prohibitively expensive, especially in the poorer parts of the world. Representative image. Photo: Reuters

I have been using Signal since October 2020 and am a huge fan of both its ideals and user experience. While it makes me happy that the app has burst into the limelight, I wish Signal was a paid service. There can be no better indicator of people’s priorities than the money they are willing to spend to realise them. Thus, true market demand can only be assessed when one’s money is on the line.

I have always believed that the many toxicities of the information economy are driven primarily by the pervasiveness of ad revenue. There is a need for a for-profit, (and not free to use) messaging app that makes all its money by respecting its users’ agency over their data and sets an example for a healthier business model that can thrive in the information economy without undermining consumer interests. Such models already exist: Substack has ambitiously attempted to save journalism from the tyranny of “free content” and “invasive advertising”.

Our dependence on “free tech” products is unhealthy, but to assume that the benevolence of the billionaire donors of nonprofit organisations can cure us, is naive. Therefore, although Signal has kickstarted an important conversation on privacy, its success is at best a mixed signal of how important privacy is to the lay individual in the 21st century.