The home minister said the software, which incorporates driver licence and voter ID data, does not distinguish between accused on the basis of religion. 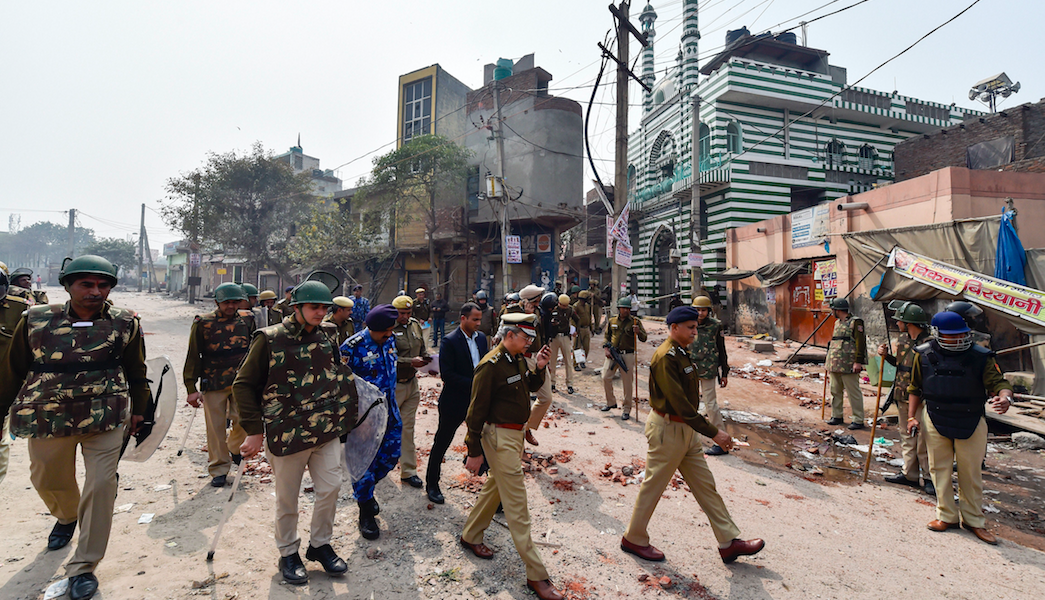 New Delhi: Home minister Amit Shah on Wednesday pointed out how the city police had used technology to identify the perpetrators behind the Delhi riots.

The riots, which killed 53, injured more than 200 and caused immense destruction of property has been one of the worst incidents of violence in the national capital in recent times.

“Police will find those behind them. Social media was used to incite hate,” he said.

Home Minister Amit Shah in Lok Sabha on Delhi violence: Around 60 social media accounts were created on 22md Feb and were closed down on 26th Feb. Police will find those behind them. Social media was used to incite hate. pic.twitter.com/89RdcTpssY

The source of these numbers was not made explicit by home minister. Nor did he elaborate as to whether his ministry or police had known of these accounts when they had first been made, two days before the violence spiraled on February 24.

The role of social media sites, especially WhatsApp, in the riots has been cause for concern thanks to the fatal spread of fake news through these apps that have led to the mobilisation of masses that caused the violence.

Shah also stressed on yet another technological aspect of the investigation into the violence. As quoted by NDTV, he said the government had asked people for video footage of the violence. “We have received thousands of videos. We are using face identification software to find accused. It is a software so it does not differentiate on the basis of religion,” he said.

Amit Shah said that the facial identification technique does not discriminate between communities. “We entered voter ID data and other information available with the government to identify people who were involved in the riots.”

He said as many as 1,100 people had already been identified using the software, and mentioned that 300 of them were from Uttar Pradesh. In his speech, the home minister also noted that the software collated information from different sources — driver licences, voter IDs and other official data — to help identify the alleged rioters.

The Delhi police had recently used automated facial recognition technology (AFRS) to screen crowds at rallies against the Citizenship (Amendment) Act. Lawyers and legal experts have criticised the move, pointing out that that this kind of technology needs legislative backing and proper safeguards.

The city’s police has also used facial recognition software to locate missing children, but hasn’t been particularly successful. In August 2019, the women and child development ministry told the Delhi High Court that the current version of the software was so poor that it sometimes confused boys and girls. The ministry’s submission came after the court sought to know why the number of children matched using FRS was even less than 1%.

Narendra Modi’s Ramlila Maidan event on December 22, 2019, was the first political event where this software was used to screen the crowd.

This was also reportedly the first time the Delhi police used a set of facial images collected through filming protests at various spots in the capital through the years to identify “law and order suspects”. Before this event, the software has only been used thrice – twice at Independence Day parades and once at a Republic Day parade.

The use of the software has also been met with concerns over its legality.

Facial biometrics constitutes biometric information under the Aadhaar Act. It is prohibited from sharing except on a case to case basis under Sec. 33. This provision has still not yet been suitably amended to comply with the Supreme Court judgement requiring judicial oversight.

#FacialRecognition is a tool for exercise of power. Rampant use will reshape personalities and societies in unimagined ways. Broad surveillance exemptions under the #PDPBill make it particularly imp to call this out. An explainer by @DataGovNetwork https://t.co/iIdsv4vUJT