NSO's Employees Sleep Soundly Even as Journalists, Rights Activists Targeted By Pegasus Do Not

Had Hannah Arendt been alive, she would have been intrigued by the banality of the employees of Israeli surveillance companies and government officials whose spyware and export licenses help undermine democracy. 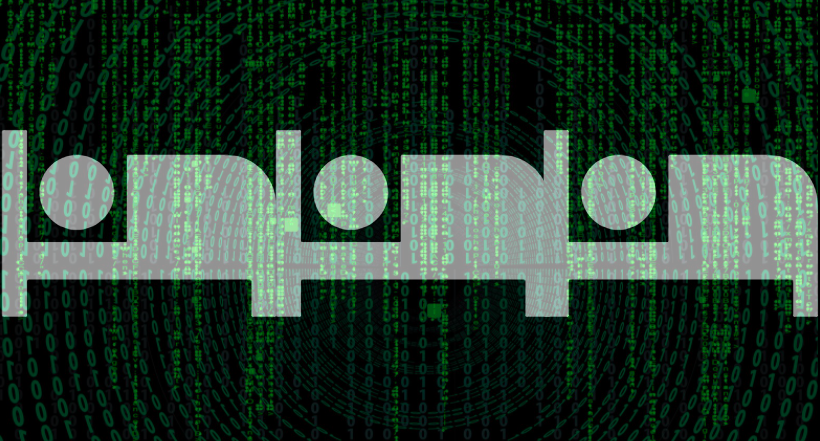 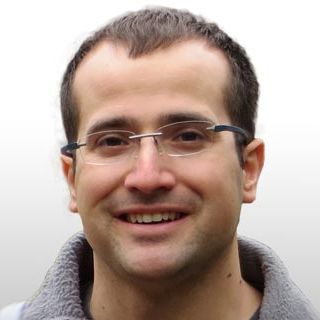 According to the Israeli newspaper Haaretz, NSO Group employees say that they manage to sleep well at night despite recent allegations that the Pegasus spyware they make has been used to target and persecute journalists, politicians and human rights activists.

They claim this is a de-legitimisation campaign, that they are like Spiderman being hunted down, and that all this is a frustrating and unjust situation. They state that after all, even the simplest implements like forks and knives can be misused. They add that all this is heart rending and they find it difficult to explain the bad publicity to their moms. And then they conclude that they were not moved by the critical coverage, that they’d rather be optimistic in life and that they recommend looking at the good rather than just the bad.

According to their interview, the good night’s sleep enjoyed by NSO employees rests on the unholy trinity of the Israeli Ministry of Defence’s oversight mechanism, the oversight mechanism in the company itself and the Israeli version of optimism – “Trust on who you trust!” The reality is of course quite different.

The Defence Export Control Agency (aka DECA) of the Israeli MoD is not the US Food and Drug Administration (FDA). Racheli Chen, who has headed it so far, has during her tenure approved arms sales to the junta in Burma (despite a European and American embargo), to private and murderous military units of dictators in Uganda and Cameroon, and the export of the Cellebrite cell phone hacking system to Putin’s political persecution units in Russia, to Lukashenko’s regime in Belarus (despite a European and American embargo), and the police in Hong Kong. It took public pressure to make Chen understand the problem with neo-Nazi, anti-Semitic militias in the Ukraine carrying Israeli Tavor rifles.

Chen and the agency she heads in the MoD are right in claiming that they are acting in accordance with Israeli law. The problem is that the 2007 Law for Oversight of Defence Exports, which established DECA, set a bar on defence exports only when a UN Security Council embargo is in place, which is extremely rare due to the veto power granted to the global powers.

This means that according to Israeli law, Chen may approve export licenses to almost any country in the world. Israel’s Ministry of Foreign Affairs and MoD have repeatedly thwarted bills that were put forward in the Knesset (the Israeli Parliament) with the intention of adding restrictions on exports to security forces that are recognised as human rights violators. The two ministries claimed that they were voluntarily and informally abiding by human rights principles in the first place.

the guiding principle of Israeli defence export policy since the 1950s is that the State of Israel will not criticise or interfere in the “internal affairs” of other countries, which, in return, will not interfere in Israel’s “internal affairs” – that is, in its conflict with the Palestinians. At a cabinet meeting on June 19, 1966, Prime Minister and Defence Minister Levy Eshkol said that “in the Congo we train paratroopers … Mobutu protects himself more or less”.

Eshkol said, “We were asked by someone from the government if you were not afraid to go there, and we said we decided once and for all not to interfere in internal affairs”. When Interior Minister Shapira remarked that people were being hanged in Congo at the time, Prime Minister Eshkol replied “Here, in Damascus, there were hangings yesterday and I did not see anyone shocked. Even the Soviet Union is not shocked. That’s a normal thing over there”.

In September 2018, the president of the Philippines, Rodrigo Duterte, who is responsible for the executions of some 27,000 people during the “war on drugs”, visited the Israeli president’s residence.

Duterte stated in a news conference there that he had instructed his army to buy only Israeli weapons, because unlike other states, such as Germany, the United States and even China, the State of Israel did not impose conditions and restrictions in arms deals with his government. Similarly, the government of Vietnam decided to replace Soviet and Chinese military equipment from the Cold War with weapons, UAVs and surveillance and hacking systems for cell phones, which are made in Israel. Although the Obama administration lifted the US embargo on the country as early as 2016, the Vietnamese prefer the ever-accommodating Israeli foreign and defence ministries to the embarrassment brought about by the US State Department and its human rights reports.

Undoubtedly, Israel’s foreign and defence ministries had no problem bending even the UN Security Council’s embargo resolutions, to which the State of Israel was committed even before the enactment of the aforementioned oversight law in 2007, when ‘national interests’ was involved. That is what happened in the wars in Bosnia, Rwanda, Ivory Coast, Liberia and South Africa.

In a letter dated August 29, 1984, sent by the then deputy director general of the foreign ministry, Hanan Bar-On, to the director general, Bar-On described his astonishment at the fact that the director of the ministry’s Africa department, Avi Primor, disclosed to US Congressman Steve Solarz the Israeli method of continuing ​​arms sales to the South African apartheid regime, despite the UN Security Council embargo. Primor had told Solarz that “Israel sells to anyone who is interested and can pay.” Solarz was surprised because he believed that Israel had abided by the embargo.

Primor explained, “Like everyone else, sales are not government-to-government and we sell through third parties”. Bar-On complained that “this is the first time that an official Israeli figure has admitted to any American official that Israel was bypassing the embargo on South Africa and selling weapons to it through third parties”, adding that “the Israeli policy which binds every official is that we do not in any way admit this to an Israeli party or to a foreign party, and certainly not to an American Congressman, even if he is considered a friend.”

NSO’s internal supervision also seems unreliable. According to its repeated statements in recent years, including in the “transparency” report it published four weeks ago, the company does not know and does not carry out real-time oversight of the list of targets for use by the Pegasus system, but relies on client-states to abide by the company’s rules.

If the company does not know or monitor the list of targets in real time, it is clear that the Israeli MoD does not do so either. This is in line with the aforementioned guiding principle in defence export policy of non-interference in the internal affairs of other countries. Chen and the DECA staff do not believe it is their job to interfere in the contents of lists of purported terrorist and criminal operatives of states such as Saudi Arabia, the United Arab Emirates, Azerbaijan, Rwanda, Morocco, India or Togo (linked in the media to the Pegasus system), where opposition activity, independent journalistic work and critical thinking are defined as crime and terrorism against the governments.

Also read: Hacking Software Was Used to Spy on Jamal Khashoggi’s Wife Months Before His Murder

According to NSO, although it does not know and does not oversee target lists, it will – if a complaint is registered – review this targeting together with its client-states. Woe betides those who rely on the Saudi investigation unit, considering how the Saudi regime sawed off the body of critical journalist Jamal Khashoggi, dissolved the parts in acid and whitewashed the whole affair.

It is likely that the NSO employees interviewed by Haaretz do not have direct information about the company’s activities in the world, but are simply fed the same PR messages that were sent to the media. According to MoD policy, in every defence company only a few senior employees have a security clearance and appropriate accreditation to access the client list. Without transparency as to this list, both towards the public and towards the employees of NSO, it is impossible to rely on NSO’s transparency report (which is devoid of transparency) or on the PR statements of a company whose objective is making profit.

The question is whether recent exposures in the media about Pegasus and the understanding of the above-mentioned inherent problems of relying on the oversight mechanisms of the MoD and NSO are enough to make the employees of NSO and other Israeli surveillance companies do some soul searching.

Hannah Arendt, the intellectual and political theorist, has researched and analysed totalitarian regimes and the willingness of human beings to participate in the violation of the rights of other human beings.

If Arendt had been alive, she would likely have addressed the technological dystopia that is forming in this world, including the use of various surveillance technologies. Arendt would likely have been intrigued by the employees of these companies, as well as the bureaucratic system of export licenses that help degenerate democracy and strengthen authoritarian regimes.

Of course, NSO is not the only one; other Israeli surveillance companies are assisting regimes that violate human rights and benefit from the MoD’s permissive licensing policy. The programmers and employees of these surveillance companies are no monsters. The vast majority of them do not receive any official information about the list of clients and are not involved in contacts with them or with the staff of the ministries of defence and foreign affairs.

The motives for their actions are probably banal – such as the lucrative salaries and the desire to develop a career in a field they have already mastered during their military service in the Palestinian Occupied Territories. Their opinion on this matter probably stems from a lack of empathy and a difficulty seeing the perspective of those journalists, opposition politicians, and environmental, indigenous, anti-corruption and human rights activists in distant lands.

These persons – even if they were not actually attacked through the Pegasus system – cannot get a good night’s sleep thanks to companies like NSO.

Eitay Mack is a human rights lawyer and activist based in Jerusalem specialising in the issue of Israel’s arms trade. He filed the petitions to revoke the NSO and Cellebrite defense export licenses, petitions to revoke the defence export licenses to the Philippines, Uganda Cameroon, Myanmar, Ukraine and Vietnam, petitions to reveal the Israeli involvement in Rwanda and South Africa, and participated in writing the bill banning the export of defence-related goods or services that could be used to violate human rights mentioned in the article above