Facebook's new currency may have zero impact on macroeconomic variables such as growth, inflation or employment. The danger, however, is if Libra does turn out to be successful. 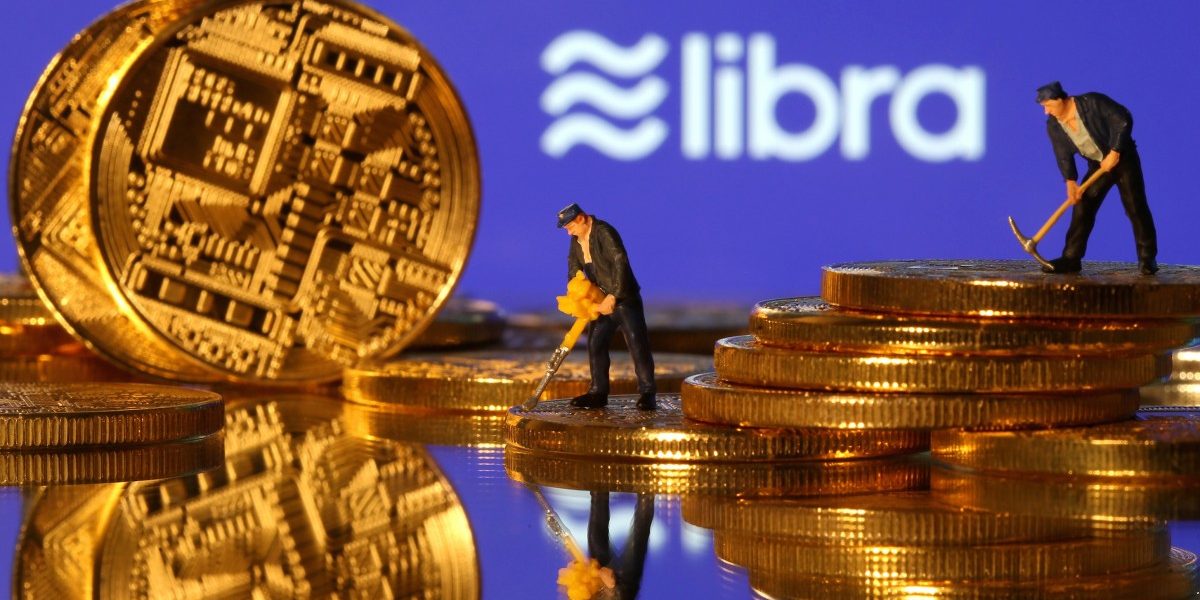 Small toy figures are seen on representations of virtual currency in front of the Libra logo in this illustration picture. Photo: Dado Ruvic/Reuters

The digital behemoth, Facebook, is looking to expand its footprint in the world economy through the introduction of its cryptocurrency, Libra.

In order to access Libra, a user would have to pay an equivalent amount of domestic currency. This would be invested in a reserve of safe assets and government securities – especially of those with “safe and reputable central banks”. Two points emerge from this: one, every issue of Libra would be backed fully by a holding of financial assets, purportedly assigning each Libra unit with a certain inherent – and stable – value. Two, the amount of Libra in the economy would expand and contract according to the demand for it.

For other cryptocurrencies like Bitcoin, there is nothing backing each unit’s value, which is free to be determined by demand and supply. Supply, moreover, gets increasingly limited as the amount of Bitcoin in circulation increases, as it becomes harder and harder to mine additional units of Bitcoin.

Yet Libra is not without its problems. For one, the existence of a fund of assets backing the currency does not automatically imply the stability of its value. Every national currency is backed by an equivalent value of assets held by the country’s Central bank, yet this does not imply that its value remains stable. Inflation can change its value relative to domestically produced goods, and inflows and outflows of capital can drastically change its value relative to other currencies.

Two, the mechanism regarding the issue of Libra does not provide a coherent explanation of what would determine the size of the Libra stock or its rate of growth at any given point of time. Its proponents would claim that this is a strength, for its supply would be determined entirely by demand for it, and not by the actions of overzealous or profligate governments.

In this regard, it is interesting to re-visit certain strands in the history of economic thought. Facebook’s cryptocurrency shares certain similar features with the “Real Bills” doctrine of the 18th century, and an investigation into the debates surrounding it would help throw light on certain problems regarding Libra.

For other cryptocurrencies like Bitcoin, there is nothing backing each unit’s value, which is free to be determined by demand and supply. Photo: REUTERS/Benoit Tessier/File Photo

This is the essence of the “real bills” doctrine: currency can only be introduced into the economy backed by an equivalent value of goods. Banks would be forbidden from introducing currency that would be backed by “speculative” assets. Since the introduction of money can only progress in step with the production of goods, so the theory goes, there would be no threat of inflation. This was a theory of currency issue that even Adam Smith was in favour of.

The problem, as writers such as Henry Thornton pointed out at the time, was that this mechanism did not provide any limit to the expansion or the contraction of currency in the economy. Assume the economy experienced a sudden burst of inflation, increasing the costs of newly produced goods. This would lead to an increase in the value of bills discounted with banks, an increase in currency in circulation and economic activity, which, if it further increased inflation, would lead to a never-ending cycle of currency increase. In the case of recession, when the needs of trade would reduce, the amount of currency would reduce without limit, limiting the ability of economic actors to carry out transactions and further hurting economic activity.

The dynamics of currency supply in such a case is the exact opposite of what the economy requires. When economic activity is leading to increasing inflation, it is imperative for policy to gradually reduce the incentive to spend and invest. Conversely, during a deep recession, it is vital for the Central bank to flood the economy with cash in order to stimulate economic activity, a fact that writers such as Walter Bagehot were familiar with in 1873.

Well-functioning monetary policy operates some control on economic activity through the manipulation of interest rates and money supply. Nowadays, when inflation rises, interest rates are increased to curtail economic activity at the margin. During the recession of 2008, the Federal Reserve of the US “created” money and purchased distressed securities from banks and other financial agents in the economy. This may not have sparked recovery, but, it has been argued, the policy limited the downward slide of the economy. Such options are precluded under a purely demand-determined currency. 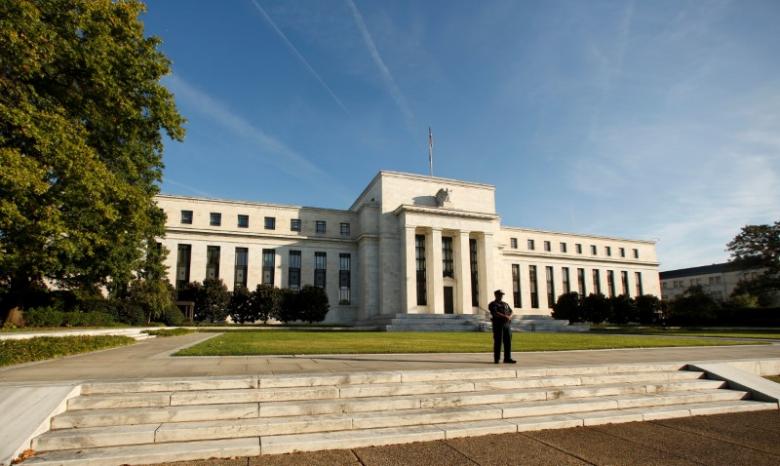 During the recession of 2008, the Federal Reserve of the US “created” money and purchased distressed securities from banks and other financial agents in the economy. Credit: Reuters/Kevin Lamarque/File Photo

To be sure, there does exist some significant differences between Libra and the world of the real bills doctrine. For one, Libra has been designed to circulate alongside other currencies, and not supplant them entirely. Secondly, Libra is issued simply through an exchange of domestic currency, and does not require the submission of “real” bills of exchange. Libra assumes that since its value relative to the domestic currency will always remain constant through the operation of the reserve fund of assets, there would be no speculative gains to be had from holding the currency, and it will only be held for transactionary purposes. Whether they will be successful in doing so is a different matter entirely.

However, the vision of the two forms of currencies is similar, of currencies that are to be issued explicitly for transactionary purposes alone and not speculation, and whose growth rate is determined by the demand for it. As such, the concerns raised against the real bills doctrine is valid for Libra as well.

It might very well be the case that Libra remains a small part of the economy, and would have no significant effects on macroeconomic variables such as growth, inflation or employment. In such a case, the worries outlined here would very well be overblown. The danger, however, is if Libra does turn out to be successful, and if its expansion or contraction results in significant changes in the overall economy.

If the prices of domestic goods in the economy depend on Libra-based transactions, then monetary policy loses traction, and may be unable to regulate economic activity through traditional methods. The changing amounts of Libra relative to domestic currencies over the business cycle – brought about due to changes in the demand for Libra during economic booms and recessions – would present a difficult challenge to monetary policy authorities in their quest to regulate the pace of economic activity.

Governments would do well to limit the introduction and spread of Libra in their economies until the full implications of such a currency can be better understood.