It's been a bumpy, pothole-ridden path since August 2019. 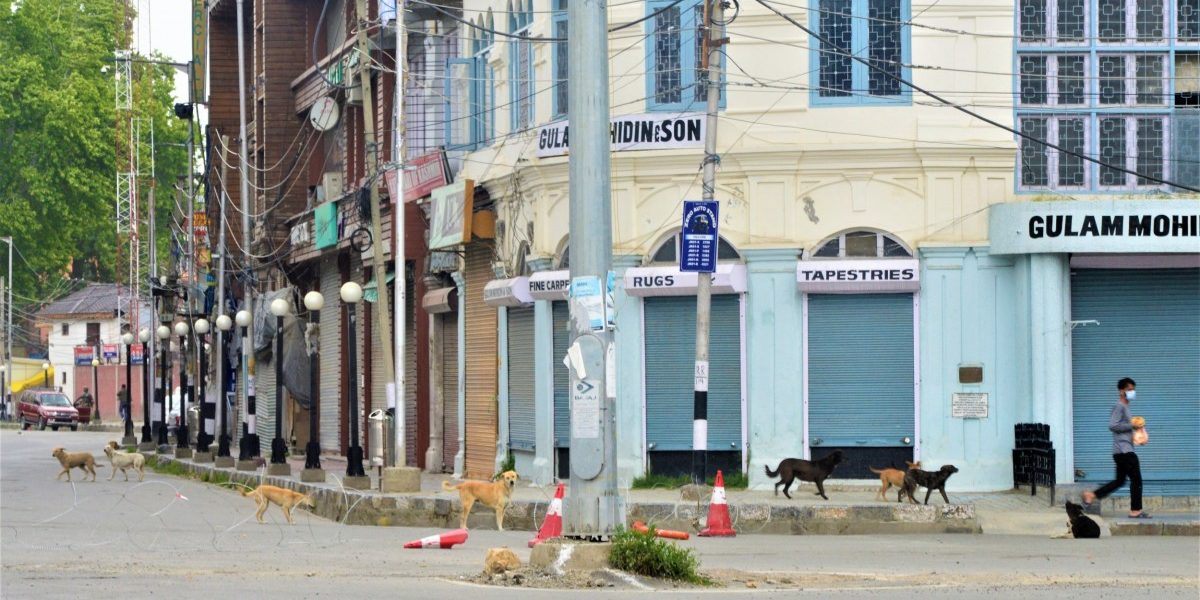 May 30, 2020 will mark 300 days since internet access has been disrupted or adversely affected in the region. Photo: Reuters

The Supreme Court has left the question of whether 4G internet connectivity can be restored in the union territory of Jammu and Kashmir to a special government committee. As this committee deliberates, we should keep in mind that May 30, 2020 will mark 300 days since internet access has been disrupted or adversely affected in the region.

In response to the Anuradha Bhasin judgement on January 10, 2020 the J&K administration issued order Home-03 (TSTS) of 2020 declaring its intention to provide Internet access to a ‘whitelist’ of websites and restrict mobile internet to 2G speeds. The whitelist was subsequently lifted by order Home-17 (TSTS) of 2020 on March 4, 2020. The restrictions on mobile internet speed have remained in place since then.

How much official scrutiny has this been subjected to so far? Well, the Parliamentary Standing Committee for Information and Technology had selected the suspension of telecom services and its impact as a subject of interest. However, with the pandemic, it is unclear how much progress this has made.

Meanwhile, in the Lok Sabha, there appear to have been only two questions – the first can be read here and the second can be accessed here – on the topic of internet restoration in Jammu and Kashmir since August 2019. One of them was raised by a member of the ruling party.

The stated idea behind the initial whitelisting exercise was to provide access to ‘government websites and websites dealing with essential services, e-banking, etc’.

The first batch of 153 whitelisted websites was notified by order Home-04 (TSTS) of 2020, which was later expanded Was this whitelist implemented in a manner that allowed proper access to all approved websites? A usability analysis of the first 330 websites to be whitelisted, conducted by this author and Rohini Lakshané,  revealed that only around one-fifth of the entries on the whitelist were practically usable. Nearly a quarter were only ‘partially usable’ while almost half were not usable in any meaningful way. One-tenth of the entries were duplicates or contained insufficient information and could not be checked.

Also read: Supreme Court Verdict on 4G in Jammu and Kashmir Undermines the Rule of Law

The idea of whitelisted access ignored many basic aspects of how the Internet works and websites are designed. As a result, websites were affected by a range of issues varying from them being unintelligible to various key functions including the ability to log in not being accessible. In other cases, additional functions such as access to support services did not work. Subsequent updates to the whitelist indicated that some of these findings were considered (login and support urls were explicitly listed, a website analytics service was included) but bizarre entries such as duplicates/triplicates, malformed URLs, and even a link to the virtual meeting room belonging to an employee of an IT Services provider continued to find their way into the whitelist. The URL listed for the aforementioned website analytics service was also an incorrect and outdated one. This raised larger questions about the processes in place. Note that this analysis did not factor in the crippling effect of speed restriction.

SFLC’s Internet Shutdown tracker, considered the internet shutdown as having ended on March 4 when the whitelist was suspended and AccessNow termed it a ‘partial restoration’. Both organisations have continued to advocate for full restoration of internet access.

State enforced disruptions to internet access are problematic at all times and in the midst of a global pandemic, such restrictions are unconscionable.

A petition filed in the Supreme Court of India by the Foundation for Media Professionals included an affidavit citing the hardship that citizens including doctors and students were facing due to disrupted internet access. And while the state argued in court that citizens can use fixed line services, a report published by TRAI suggests that these account for less than 1% of the total number of subscribers for service area of Jammu and Kashmir.

A more recent analysis comparing the experience of two students – one in Tamil Nadu and the other in J&K – showed that the latter had to wait up to 50 times longer for the same task. This is in line with a comparison of web performance that this author submitted to the Supreme Court of India.

The question of whether existing restrictions on Internet connectivity in J&K make it qualify as an ‘Internet shutdown’ is mere semantics for someone living with these disruptions.

Disruptions within a disruption.

A quick study of the ‘Order/Circulars’ page on the J&K home department’s website indicates that there have been 47 orders pertaining to internet restrictions since  January 10 (this does not include the recent events in Srinagar).

Twelve of these are ‘directions’ for extension of internet restrictions across the union territory. The remaining ‘confirmations’ are localised restrictions over and above these ‘directions’ – typically implying a complete shutdown of mobile internet services. Or in other words, disruptions within a disruption.

An important aspect about these orders has been that they have been ‘time-bound’ in line with the principles laid down in the Anuradha Bhasin judgement. However, a divergence now appears to be setting in. Orders 44, 46 and 47 did not specify a definite time period. While 44 was worded as ‘on 05.05.2020’ potentially leaving some scope for interpretation. 46 and 47 were quite unambiguously worded as ‘w.e.f’ a certain time without any reference to a time limit or an end date.

What is the cost of this protracted disruption?

There is no shortage of real-life stories about the economic impact this prolonged Internet disruption has had in the union territory. Media reports are replete with such examples.

Given that we are still in the midst of these events, an academic exercise to estimate the economic costs has not been published.

Still, using available numbers regarding internet subscribers (38% from TRAI for the service area of Jammu and Kashmir) and a rough estimate of time connected drawn out from reports on patterns of internet usage by people in India (different sources peg the ‘active consumption’ time between 90 minutes and 150 minutes. Let’s use the higher end of that range. Note that there is no measure of passive consumption impacted), it is possible to arrive at a back-of-the-envelope ‘estimate’ of how many hours of Internet access have potentially been disrupted since August 4, 2019.

Prateek Waghre is a research analyst at The Takshashila Institution.