In the new report “The Amazon Panopticon,” UNI Global Union catalogues the various methods Amazon uses to pile pressure on workers through extreme surveillance and monitoring. 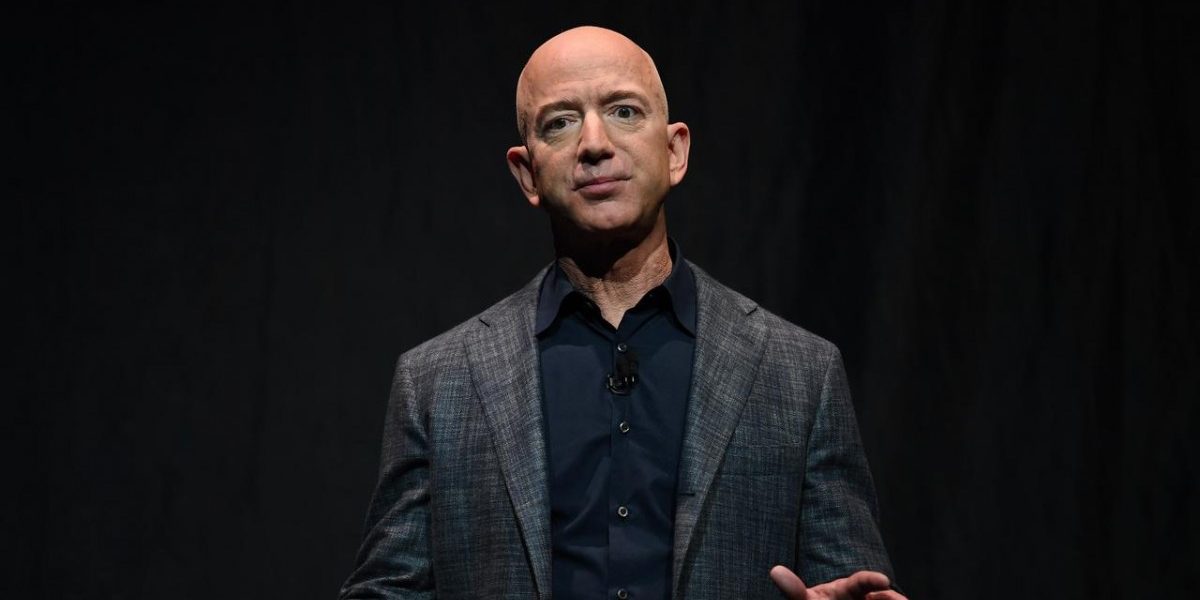 This week, Jeff Bezos, the billionaire who built a corporate empire on the backs of workers, stepped down as CEO of Amazon. In building his expansive conglomerate across e-commerce, logistics, cloud computing, entertainment, grocery, and nearly everything else, Bezos relied on a dystopian vision where employees are relentlessly monitored, evaluated, and subjected to high-pressure and gruelling conditions. This model is so inhumane that as the New York Times recently reported that, “Amazon burns through workers so quickly that executives are worried they’ll run out of people to employ.” Bloomberg News also reported that Amazon drivers have been “fired by the app” for minor mishaps that a real manager would have ignored.

This week, UNI Global Union published “The Amazon Panopticon,” which catalogues the various methods Amazon uses to pile pressure on workers through extreme surveillance and monitoring. Individually, none of these monitoring methods are entirely new, but the culmination of all of Amazon’s workplace technology creates an environment of control unheard of in the recent past.

The company’s invasive tactics are spreading rapidly across fulfillment centres in e-commerce, and to other employers and industries as well, at a pace and scale previously unseen.

For example, in the call centre industry, alongside the rapid introduction of telework, companies are deploying sophisticated monitoring programs into their workers’ homes – essentially taking the panopticon from the warehouse and putting it in employees’ bedrooms, kitchens, and if they are lucky, home offices.

The catch? These workers are also required to be monitored non-stop, some with cameras turned on for the entire working period, which necessarily invades the privacy of their homes.

And the next question is – well, assuming that we don’t want workers to spend 40 hours a week or more turning their bodies over to a minder, or cameras in our bedrooms, what can we do?

Workers are voting with their feet. Turnover is high at both Teleperformance, the largest call centre employer (around 80% annually) and Amazon, 150%. And yet fleeing a job is not a long-term answer as this dehumanising technology increasingly becomes the norm everywhere.

Regulators bemoan that the technology is too complicated to police and that the tech companies will find a work around to every rule. “If workers give consent, it’s OK?” employers ask. But with the unequal bargaining power of a single worker, free choice is not exactly on the menu.

Unions across Europe have called for the EU to regulate the danger of abuses in the use of artificial intelligence at work as part of the upcoming Directives on Digitalization. The policy elite everywhere call for the “ethical” use of AI.

But while we figure out exactly what “ethical” means, there are some tried and true ways to regulate the abusive monitoring associated with algorithmic management in the world of work.

First, unions must be empowered to negotiate the terms of monitoring, including how and how much worker info is collected and the storage of this data. Unions should also influence the design of the algorithms that use this data, and the production targets and disciplinary actions which may result from it.

Unions have traditionally negotiated over the introduction of new technology, and its implications for workers, including the capacity to monitor. In US call centres, CWA has bargained to limit monitoring. Retention of the data or discipline based upon the monitoring is prohibited. Spanish unions have recently won the right to negotiate over the algorithm in the app-based taxi industry.

Second, and especially where there is no collective agreement which limits the practice, regulators should ban cameras and other forms of non-stop monitoring at work.

Coal miners, typically well represented by unions, have long ago accepted cameras in the coal seams as a form of protection—in the event that there is a collapse or some other unforeseen event which affects the safety of everyone down below. And yes, indeed, there is room for cameras if there is a real health and safety concern. But, unless there is such a concern, cameras, listening or observation tools should never be allowed on a non-stop basis in a worksite.

Third, health and safety inspectorates and regulators should recognize the physic and physical impact of this new technology. They should develop tools and rules for ensuring that the workplace remains free from back breaking targets and physic terrorism which degrades workers in body and spirit. All workers should have democratically elected health and safety committees on the job.

And finally, humans must remain in command of the consequences of algorithmic management. Any disciplinary or dismissal decisions must be taken by a human, not an algorithm. Jurisdictions which already forbid unfair dismissals should embed this point into the legal framework. For those without any existing regulation on this issue—now is the time to step up and change course.

There has been much hand-wringing and shock among policymakers who are questioning the Amazon model and asking: is this really the future of work we want? Where workers’ bodies act as the robotic arms for commands delivered by algorithmic management programs through wearables and handheld scanners, which dictate every move, leaving no room for error or discretion. The answer should be a resounding no.

Christy Hoffman is the General Secretary of UNI Global Union.