In India, the competition regulator has left the door open for scrutiny of any future anti-competitive conduct, even as US legislators have proposed sweeping antitrust reform for Big Tech firms. 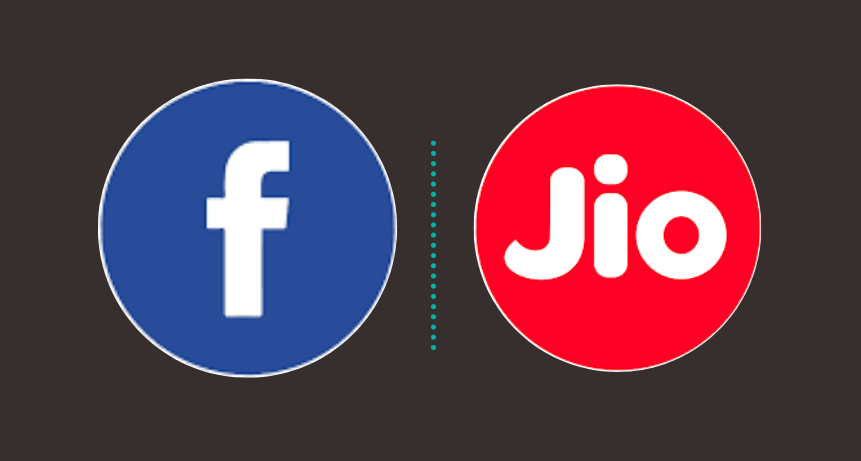 The logos of Facebook and Jio. Illustration: The Wire

Regulators around the world haven’t yet fully woken up to the deleterious impact of Big Data oligopolies who already threaten to dominate and guide consumer behaviour at every level.

These days, a casual e-mail conversation with a friend on your colour and clothing preferences comes back at you in the form of an offer from an online retailer at 30% discount! This is common now.

In India, we are seeing the real possibility of a big telecom giant like Reliance Jio working via strategic partnerships with the likes of Facebook and Google to have near-total control over intimate data on 500-600 million Indian consumers.

A US House of Representatives panel investigated big technology monopolies like Amazon, Apple, Google and Facebook for 15 months on how they abused their monopoly power and the panel has decided to make sweeping changes to anti-trust laws not seen in fifty years.

This is significant because it will directly impact their activities in other parts of the world as tech giants operate seamlessly across geographies.

The implications for India is that it may have to take note of what Google, Facebook and others are doing here. And what has been happening over the last few months? For one, they are lining up to pledge allegiance to an Indian monopoly like Reliance Industries, which made its fortune in oil but has now hungrily set its sights on data, retail and technology.

Many experts reckon that Reliance Jio is trying to emerge as a single gateway for the Indian consumer wallet that may want anything from daily grocery, to media to entertainment to sundry other services. 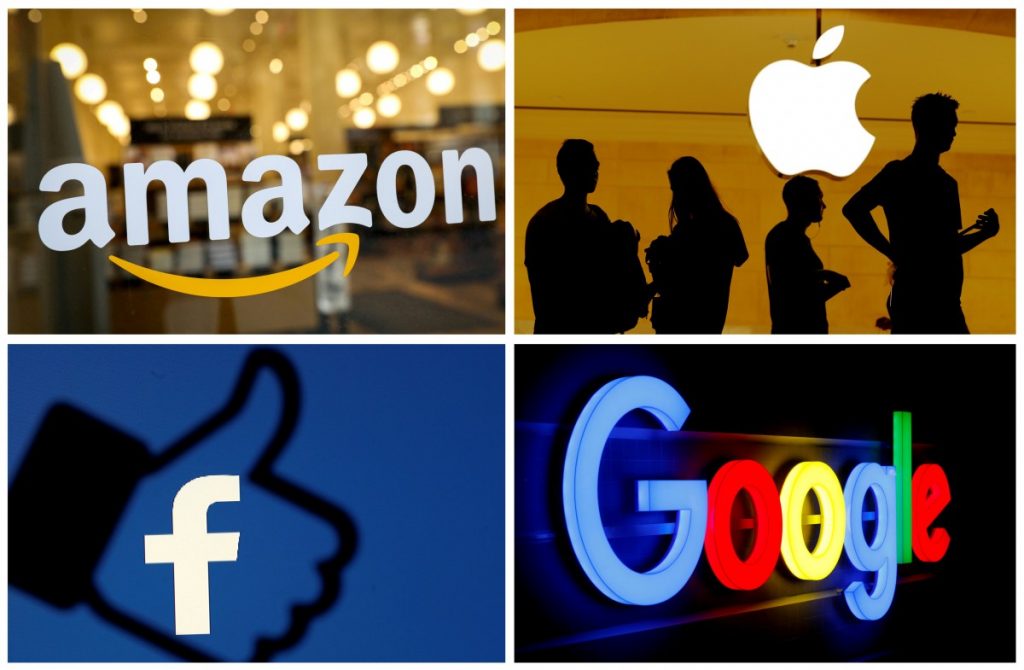 The logos of Amazon, Apple, Facebook and Google in a combination photo from Reuters files.

Jio, through a neatly structured set of transactions, recently received strategic investments from Facebook and Google. Billionaire Mukesh Ambani said the Facebook collaboration will help Reliance Jio, with the largest telecom infrastructure and broadband network, to gain intimate knowledge of 400 million WhatsApp users that Facebook has.

This is nothing but Big Data meeting Bigger Data. Jio has 300 million phone subscribers and WhatsApp has 400 million users. Jio’s aim is to gain intimate knowledge of some 3-5 million retail shop owners who use WhatsApp and then make these grocers soldiers in the Reliance retail army.

Google, on the other hand, will collaborate with Reliance to manufacture and market about 200-300 million cheap smartphones to replace feature phones used by the relatively poor. India is the only country where Facebook and Google have come together to work with one entity.

While approving the Jio-Facebook deal, the Competition Commission of India has for now taken at face value the submissions made by both parties that there will be no acquisition of user information and that any data-swapping (for facilitating e-commerce transactions) will be “limited” and “proportionate”.

Nevertheless, it has still taken note of the possibility of abuse of dominance in the data and digital business space in future.

“The user data possessed by Jio Platforms including RJIO and Facebook Group are complementary to each other given the symbiotic interface between telecommunication business and OTT content/ application users. Thus, any anti-competitive conduct resulting from any data sharing in the future could be taken up by the Commission under Sections 3 and/or 4 of the Act having due regard to the dynamics of the concerned markets and position of the parties therein…,” the regulator said in its detailed order which was made public this week.

The CCI, however, is yet to act or pre-empt any such occurrence. The point is that when it comes to digital monopolies, acting post-facto may be very difficult. 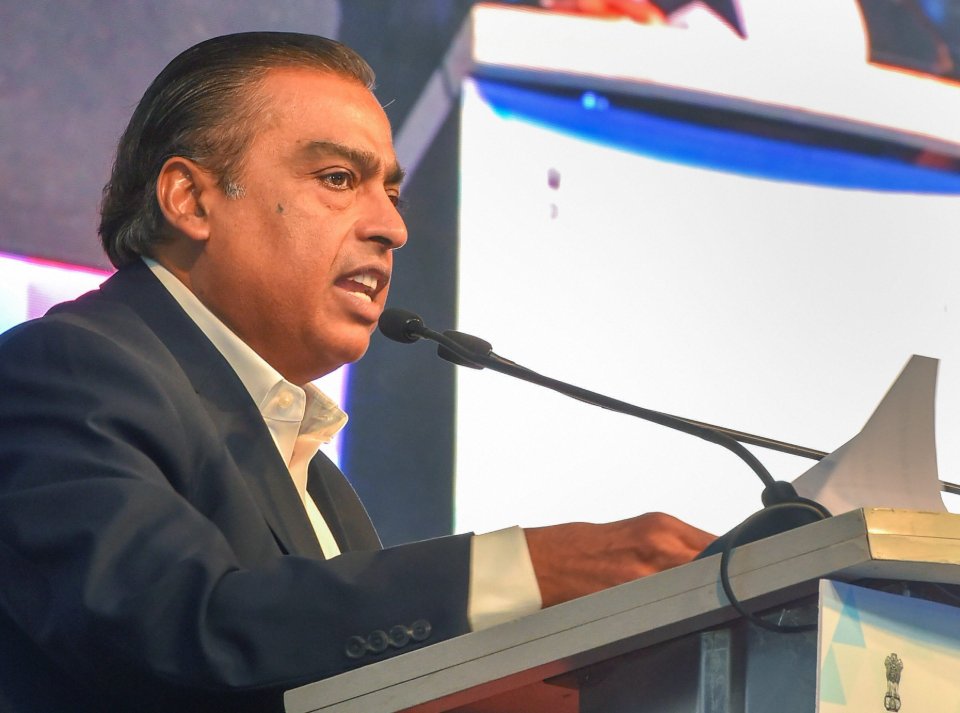 Meanwhile, Reliance Industries is consolidating its dominance in the online and offline retail space aimed at controlling the behaviour of the bulk of the retailers and consumers. It recently acquired Future Retail’s grocery and apparel business, which used to be owned by Kishore Biyani.

No wonder Amazon has sent Reliance a legal notice saying it had invested earlier in the Future Group and one condition was that Future cannot sell off its business to Reliance without giving Amazon the first right of refusal.

Amazon is as big or as global as they come. Reliance Industries knows it cannot trifle with Amazon so easily. Recently, as per news reports, Reliance offered to sell up to a $20 billion stake in its retail business to Amazon.

It is possible that Jeff Bezos will end up cutting a deal with Reliance so they can both control the Indian consumer’s wallet together. There is no crystal ball to help us tell the future.

What is clear is that the regulation of  tech giants who control big data — and consumer markets — will have to flow from a global template. In India, the coming together of Reliance Jio, Reliance Retail, Facebook and Google is a bit like Walmart, AT&T, Facebook and Google collaborating in the US to control offline and online retail trade. Just think about it; would American anti-trust laws ever allow such a thing?

And the sheer influence such big data conglomerates could have on politics, elections and democracy is a whole different debate altogether. Indeed, the elephants have just begun their fight. What remains to be seen is what will happen to the small creatures that inhabit the grass below.