What Indians Lost When The Government Banned TikTok

TikTok’s dominance of Indian social media was a nearly unalloyed good for many of the less well-off people who enjoyed it. 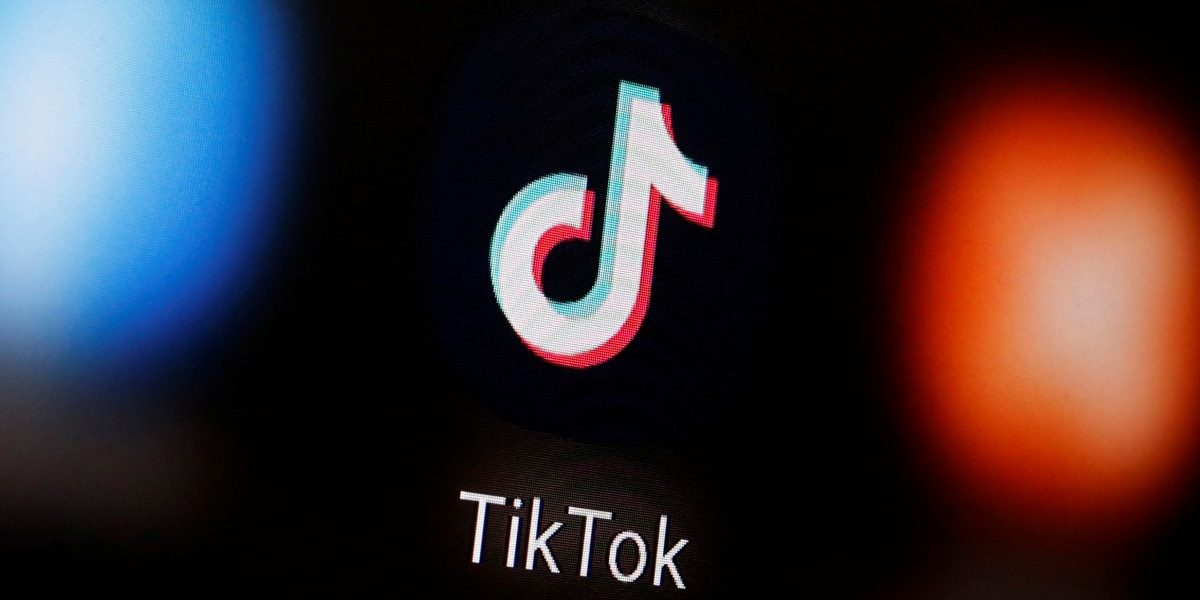 Right now, thanks to President Donald Trump, American TikTok users are facing the real possibility that their favourite app could disappear from their phones in mid-September if the Chinese-owned social network doesn’t sell its US operations to Microsoft or another domestic firm. Indian TikTok users have been living in that reality for more than a month. On June 29, the country’s government officially banned the app. It was the second time this has happened, but unlike the first attempt, which was struck down by a state court after six days, this one has stuck.

It’s not an overstatement to say this has been a tragedy for Indian users. Despite its myriad flaws, TikTok’s dominance of Indian social media was a nearly unalloyed good for many of the less well-off people who enjoyed it. In a highly stratified society, a video app with a notoriously addictive algorithm happened to cut across castes, faiths, and other gulfs, all so Indians could watch one another’s lip-syncs and skits. When the government pulled the plug—the app disappeared from the Apple and Google app stores, and users in the country can no longer access any videos—it deprived users of entertainment, a budding alternative media source, and in many cases income.

While the first prohibition was spurred by officials’ concerns over illicit and exploitative content on the platform (which the app then attempted to moderate by flagging and taking down millions of videos), this one followed India’s mid-June clashes with China stemming from decades long border disputes. In a move that month befitting Prime Minister Narendra Modi’s “Make in India” initiative, the Indian government removed 59 Chinese-made apps, TikTok among them, citing national security concerns. Soon after, 60 more were banned, and still more apps, often variants on the ones originally banned, are being removed (including a knockoff app called TikTok Lite). 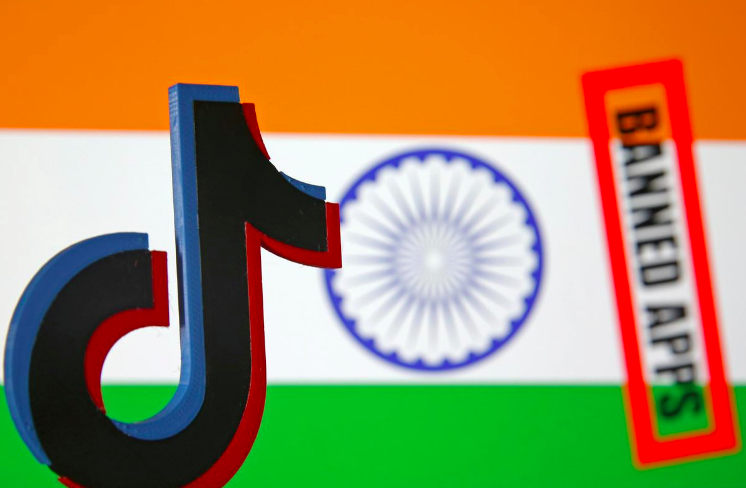 Illustrative image portraying India’s ban of 59 Chinese apps, among the most popular of them being TikTok. Photo: Reuters

In lieu of an actual war between two nuclear powers, India appears to have escalated an economic one—which could have its own consequences. Certainly, though there are potential cybersecurity concerns about TikTok’s owner, ByteDance, the national security justification didn’t quite square: TikTok is now banned, but another popular app owned by ByteDance, Resso, is currently allowed in India. Yet a protectionist argument doesn’t make much sense, either: It’s not like India is keeping out Instagram’s new Reels feature, which is seen as a “TikTok clone” and had one of its first launches in the country. Reels is rapidly gaining fans—no surprise, since Instagram and Facebook are widely used in India. What seems most likely is that India was chiefly concerned not with Chinese competition or even data-hoovering, but the Chinese government’s cultural influence (as seen with recent Indian actions targeting its Confucius Institutes).

TikTok was huge in India, and its removal has left hundreds of millions of Indian users without any sort of comparable platform. As of April, TikTok had had 610 million downloads and 600 million active users within India—about 44% of the population and over a quarter of total worldwide TikTok downloads. Not only did Indians love TikTok, but the app had recently become an effective tool to mobilize for protests and other forms of social education and organization. And like in the US, the joyous, creative content that people shared served as a relief during this period of haphazard economic lockdowns and health risk.

In a country that contains such diverse, sprawling cultures and languages—as well as oppressive systems against those of different ethnicities, religions, castes, abilities, and social classes—TikTok achieved ubiquity, even transcending many of India’s societal divides. You can see why: The short, visual format is welcoming and easy to learn; the app supported 15 different tongues in the country, transcending language and literacy barriers; and it could also be used on cheaper, budget-friendly phones.

The huge scale of the platform, meanwhile allowed TikTok to act as an untraditional media outlet. In this it was similar to YouTube, where people could feel free to express themselves without (as much) worry of the government censorship that has pressured so many other print and TV media outlets. In its way, TikTok was a populist salve in a country where more than half the population lives in poverty and 5 percent lives in extreme poverty, where more than a quarter of people are illiterate, where various classifications beyond your control may disadvantage you throughout life.

No surprise, in this jingoistic, technological skirmish between China and India, the ultimate impact of the TikTok ban falls most heavily on the marginalized. As Kian Vesteinsson notes in the Diplomat, the TikTok ban is right in line with India’s oppressive internet policies, which have historically affected residents of Jammu and Kashmir, dissidents, and anyone else the government doesn’t exactly care for.

In India, structural discrimination has long left the poor, the nonurban, women, Dalits, Muslims, and other religious minorities without an adequate voice. TikTok, however briefly, was able to help change that. Rural women who previously lacked access to any big platform found some measure of fame, fun, and newfound confidence in the face of oppressive societies

Independent musicians, long suffocated by the Bollywood complex’s stranglehold on India’s music industry, found a way to get their creations more curious listeners and sometimes recording deals. Some Indian TikTok influencers even managed to partner with Bollywood studios to promote new movies, a lucrative marketing opportunity that suddenly became available to industrious, phone-wielding Indians who had found a following on the platform.

And much like how TikTok has allowed American workers to show off their jobs and cooks in the Chinese countryside to display their craft, Indians were able to show off their various skills and talents and find large followings as paths out of dour situations, because now they could be sponsored by brands. The app also helped overcome social stigmas: As user Ankush Bahguna told the New York Times: “TikTok is one of the most accepting platforms when it comes to embracing different people. … I’ve never seen a platform celebrate so many male belly dancers or male makeup artists or gay couples.” 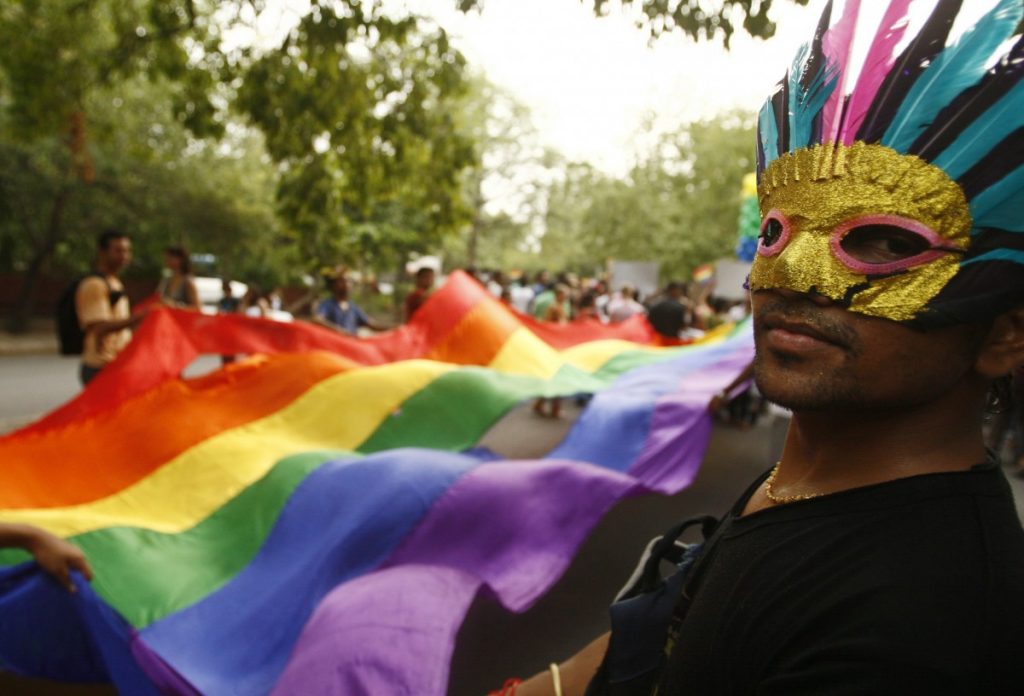 TikTok provided a platform for many marginalised communities. Photo: Reuters

With the ban, much of these gains are lost. Many influencers have completely lost the revenue they earned from partnerships. No wonder the Observer has called this ban “class warfare,” an especially apt description considering Prime Minister Narendra Modi’s billionaire-friendly economic policies. Without TikTok, some users are going back to Instagram and YouTube and asking their followers to reconvene there. Still, it’s not what they had. According to Indian business news publication Mint, “top influencers like Riyaz Aly who had 42.3 million followers on TikTok [now have 9] million followers on Instagram.”

This is not to say that the reasons for banning TikTok are a total smokescreen. Like any social network, TikTok was not a universal good. There were legitimate concerns about sexually exploitative content as well as misinformation, particularly targeted at Muslims and those of lower castes. Some teens posted horrifically violent videos, including suicides and acid attacks (though these were far from the majority of Indian videos on the platform). In India, as in the US and elsewhere, the app has received multiple censorship requests from the government. And considering China and India’s historic enmity, not all fears about surveillance and data collection were rooted in xenophobia (though conspiracy theories rooted in racism have certainly taken root). In the end, no matter how much it complied with the Indian government’s requests and concerns regarding such issues, TikTok’s fixes were no match for a culture and border war.

Other apps are stepping in. Indian technology executives, who mostly celebrated the ban, are either promoting or hurriedly producing their own apps. Some are hoping to capitalise on anti-China sentiment and a nationalist impulse in order to help domestic apps have more of an appeal than TikTok. (Nevertheless, many Indian users are also fine sticking with Chinese-made apps, welcoming them as a way to break US and Western domination of social media.)

here’s Chingari, run by the company InMobi, which is similar in design to TikTok but “homegrown” and hopefully “more responsible,” as CEO Naveen Tewari says. The app is also trying to lure influencers with money, offering cash prizes for those who participate in “talent hunts.” There’s Instagram Reels, which not only has a brand advantage but also lucrative Facebook deals with major Indian music labels—although, as one Indian marketing executive claims, “Brands will not be looking at Reels the way they are looking at TikTok, as the brand story won’t come out in 15 seconds.” (Reels are 15 seconds long, while TikTok videos can be 1 minute.)

There’s Roposo, which launched in 2014 but garnered 75 million downloads right after TikTok was banned; it touts itself as an “ethical” and “clean” platform. There’s Mitron, which has also gained tens of millions of downloads but has gained controversy for its bugs and its alleged ties to Pakistan through its source code. There’s even a native “Tik Tik” app that popped up, which was downloaded en masse but was missing TikTok’s appealing duet feature. And there are fake apps sprouting up as scams.

Most of TikTok’s most popular Indian influencers are now shifting to these apps, losing followers, influence, and revenue. (It’s estimated that India’s top 100 influencers have collectively lost over the equivalent of $15 million since the ban.) Still, what choice do they have? Many are not happy about it, but they’re adjusting, as the return of TikTok becomes less likely. Some less tech-savvy users are having more trouble, as services like YouTube or other competitors don’t have the same ease of use. The ground is moving, but so far no service has captured TikTok’s universal appeal.

Then there’s Mukesh Ambani, India’s richest man and majority owner of the wide-ranging tech company Reliance Industries—which includes dominant mobile network and internet provider Jio—who’s looking into buying TikTok’s Indian operations for use in his own company. Or, as some have speculated, he could also make his own version: “If tomorrow Jio launches a Tiktok-like app, nobody will be able to compete with their monopolistic power,” said Sandeep Mertia, an NYU PhD candidate in media studies, to Technode.

As it is, Ambani is facing competition from Microsoft, which now seems to want to buy India’s and Europe’s TikTok operations in addition to the United States’. Already, influential Indian think tanks have demanded that the Microsoft deal not include Indian user data if it does indeed go through. (Incidentally, data protection is a cause of Ambani’s, and something he has clashed with his erstwhile ally Modi about.)

But all of this misses the point of why TikTok captured so many Indians’ hearts. Despite its many faults, the app seemed to offer a form of liberation to Indian users. Arriving at a time of newfound suppression due to Modi’s oppressive, Hindu nationalist-friendly regime—not to mention the sloppy, inhumane nature of India’s coronavirus response—TikTok promised a world beyond the misery hundreds of millions had become accustomed to. If it did anything, this joyful, easy-to-use app delivered validation to people who had been denied it. There can be a replacement; there can be many. But a post-TikTok India will never be the same. As famous TikTok user Deepak Ghubade told Technode when asked if there would be a sufficient Indian-made substitute for the app, “So far, I haven’t found it!”