The Karnataka government has opened up an interesting Pandora's box on the privacy front. 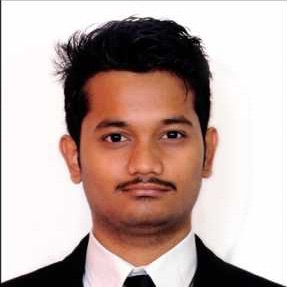 The Karnataka state government has, like many others, been efficient in tackling the COVID-19 pandemic  by framing clear regulation, protecting doctors from being evicted by their landlords and permitting telemedicine consultation during these testing times.

At the same time though, the state government, in a frenzy and without a clear roadmap, seems to have inadvertently opened a Pandora’s box of constitutional infractions by publishing the now controversial list of “District Wise List Of Home Quarantined People”.

The list identifies the residence of the 19,240 ‘suspected persons’ mandated to be under self-quarantine. The government seems to have formulated the list based on the travel history of individuals to countries or areas where COVID-19 has been reported.

Even a cursory glance of the list would make it clear that this is a breach of confidence of what we in the legal world called the data principal (‘suspected COVID-19 patients’) by the data fiduciary (state government). There are also concerns about how this data was processed and published.

The list contains details of ‘port of origin journey’, ‘port of final destination’, and contentious data such as ‘date of arrival’ to India, ‘date until quarantined at home’, and address of an individual.

The information published is ‘personal data’, as defined by the B.N. Srikrishna Committee report. The data published is sufficient to locate the ‘suspected person’ and to identify and narrow down the quarantined individual. This may stigmatise not only the individual concerned but also his household, potentially leading to anti-social activities, including lynching.

This executive fiat seems to be an egregious violation of the fundamental right to privacy. The Supreme Court in K.S. Puttaswamy (I) held that privacy ‘has both positive and negative content.

The negative content restrains the State from committing an intrusion upon the life and personal liberty of a citizen.

Its positive content imposes an obligation on the State to take all necessary measures to protect the privacy of the individual.’

Nevertheless, the right as held in K.S. Puttaswamy (I)  is subject to certain reasonable restrictions, which the state is entitled to impose based on social, moral and compelling public interest in accordance with law and any claim of infringement of this right must be a ‘balancing act that is to be carried out between individual, societal and State interests’, to be carried out under the ‘training and expertise of the judicial mind.’

It may be tempting to conclude that the right to privacy could immediately be restricted in the interest of society by pitting the narrative of conflicting rights, i.e., right of an individual to protect and preserve his privacy and the right to health of the classes of the general public.

In such situations, the court must examine where the larger public interest lies while balancing the two conflicting rights, especially in the context of intra-conflict between two rights, arising out of the same article in the constitution. The court would then uphold the right favouring the paramount collective interest, which would ultimately prevail.

The full bench of Andhra Pradesh high court, on considering the question of an apparent conflict between the right to privacy of a person suspected of HIV, not to submit himself forcibly for medical examination and the power and duty of the State to identify HIV infected persons to stop further transmission, observed that “In the interests of the general public, it is necessary for the State to identify HIV positive cases and any action taken in that regard cannot be termed as unconstitutional as under Article 47 of the Constitution, the State was under an obligation to take all steps for the improvement of the public health. A law designed to achieve this object, if fair and reasonable, in our opinion, will not be in breach of Article 21 of the Constitution of India.”

Undoubtedly, in such circumstances, it may be concluded that the right to health would prevail over the right of an individual to plead privacy. However, before leapfrogging, the state government must satisfy that its action passes the test of proportionality, i.e., whether the executive act of the Government in getting published the details of quarantined, vis-à-vis the restriction of the right to privacy is proportional.

The Supreme Court in Modern Dental College and  K.S. Puttaswamy(II) ( Aadhar Judgement) held that for an act to be proportional must satisfy the following conditions:

Thus, the government must pass the ‘necessity stage’, i.e., fulfil the condition that before publishing, the state government must identify other possible alternatives to the current measure and ensure that the effectiveness of these measures is real and substantial.

It is not disputed that various measures have been taken to contain the spread of the virus, including subjecting returning individuals getting ‘inked’ indicating the quarantine period, mandated “social distancing” and threat of forceful isolation. Against these measures, the act of the state government in publishing the details of individuals quarantined seems to be “not proportionate,” and this seems to be an act exercised bereft of any power, consequently making it illegal.

Any fundamental right, as held by Supreme Court in the case of Maneka Gandhi, may be reasonably restricted, provided there is a valid law, including the procedural safeguards against the invasion of fundamental rights.

Interestingly, a similar question arose before the Allahabad high court, which had decided, ‘whether, without the authority of law, the district magistrate was justified to put up banners with personal details of accused having allegedly involved in vandalism’. The high court held that since there was no law in existence permitting the state to place banners with personal data, the act of the state government was held to be illegal.  Despite the legality of the said judgement, which is currently being ordered by the Supreme Court to be tested by a larger bench, the rationale extended by the Allahabad High Court that privacy cannot be violated in the absence of a reasonable law, seems to be infallible and consistent with the decision K.S. Puttaswamy(I).

When the Supreme Court in case of Malak Singh concerning history sheeters having criminal antecedents, itself has been held that such publication be kept discreet and confidential, not to be shared with the public, it would be unfathomable to comprehend the legality of information, more particularly the residential addresses of the individuals quarantined to be made public especially in the absence of discernible law permitting the exercise of the same.

The act of publishing the data, including the residential address of ‘suspected individuals’, which initially seems innocuous, may have inevitably, albeit inadvertently opened a Pandora’s box.  The lack of comprehensive law regarding data control seems to be the deciding factor in determining the legality of the publication of data at an arduous time. It will not be a surprise if anyone knocks the doors of the Court, calling upon it to determine the validity of this administrative action.

B.S. Sushanth Sharma is a practicing advocate and appears frequently in the Karnataka high court.