Did Shiva Ayyadurai Invent Email? It Isn't Simple and You're Probably Missing the Point

Who really invented e-mail? An American ARPANET engineer who created a fundamental transmission protocol? Or an India-born teenager who came up with a relatively novel user interface? 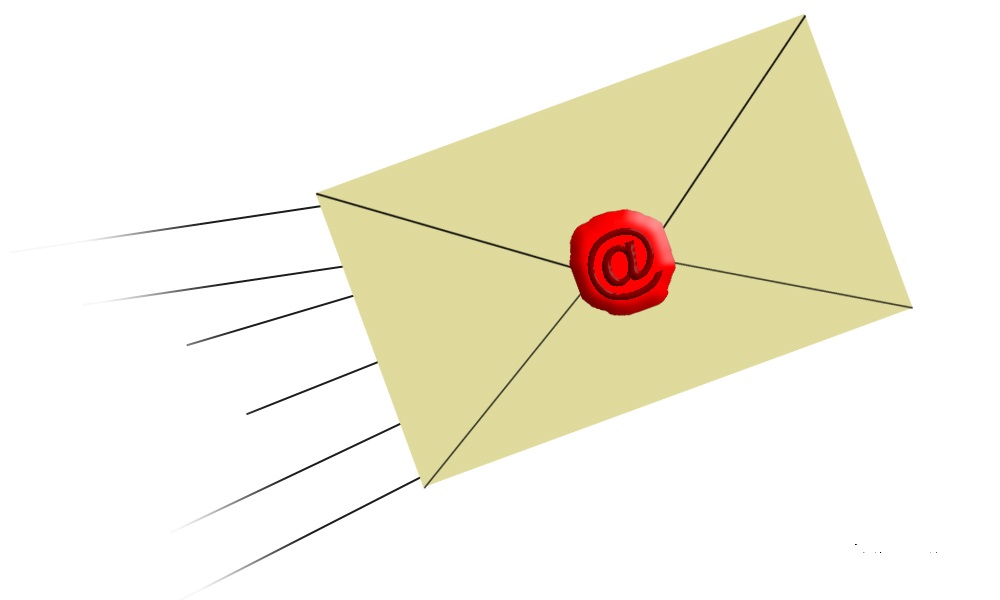 The history of inventions is so rife with feuds and controversies, claims and counterclaims of discovery, that it has its own Wikipedia page. Most major concepts and inventions have some sort of controversy surrounding its birth. Calculus, the incandescent light bulb, the telephone and the radio are just a few examples.

Some of these controversies arise because of independent but concurrent discoveries while others stem from the fact that it’s difficult to clearly state what qualifies as a brand new invention and not a product that is just a few iterations ahead of a predecessor. So, it should be no surprise that the creation of one of the most dominant media of our times, e-mail, is also contested.

On March 6, computer engineer Ray Tomlinson, who worked at Bolt Beranek and Newman (now BBN Technologies), a military contractor that most notably built ARPANET (the predecessor to the Internet), passed away. Tomlinson has been widely credited as the inventor and primary pioneer of e-mail, and his obituaries and tributes reflected that: everybody from The Guardian to The Verge underscore his contributions in this regard.

Nearly half a day later, a number of Indian news publications started circulating the other half of the story, namely noting that Mumbai-born Shiva Ayyadurai’s claim of being the inventor of e-mail was just as strong.

“On Mahashivaratri, email pioneer Shiva Ayyadurai prays for recognition” ran the Times of India headline. The Indian Express, on the other hand, more or less reproduced a letter that Ayyadurai had sent out to a number of journalists a day after Tomlinson passed away.

How do we reconcile these two claims? Deciding who should really get credit, the glory of being the person to invent e-mail, is an icky, populist affair that is rarely bolstered by actual facts. Subsequently, what follows below is a critical look at the work of Tomlinson and Ayyadurai, the environments in which they produced their work, and the legacy of their work.

Tomlinson: Most news stories on Tomlinson get it right, that he invented a method by which people could send ‘person-to-person messages to other computer users on other servers’.

Why does this explanation seem a little complicated? Simply because back in 1970, we could already send electronic messages to users on the same computer or computers on the same server. Once computers were able to talk to other computers, through networking, computer engineers needed to find a way to expand electronic communication. In simple language, we needed a way from leaving ‘electronic post-it notes’ (which could be done with people who shared a computer or server)  to sending ‘electronic letters with addresses displayed on the envelope’.

What Tomlinson did was that he tweaked the SNDMSG software programme (which was developed and used at the University of California, Berkeley, for its internal messaging system) in order to be able to send messages into the mailbox of a user on a different computer and server. In order to replicate the addresses we use on physical letters, Tomlinson decided that the @ (‘at’) key could be used in order to specify the recipient’s computer as well her account name. The standards that he developed for this allowed messages to be sent from different types of computers to other different computers. This standard of inter-compatibility along with the usage of the @ sign has been widely seen as the birth of e-mail.

Ayyadurai: The work that Ayyadurai carried out out in 1978 had very little do with the text messaging standards that Tomlinson created in 1971. It was, as he describes in his book The EMAIL Revolution, an “electronic version of an interoffice physical mail system”. According to the Westinghouse talent award entry on Ayyadurai’s work, the system was a ‘simple electronic mail system running on a HP/1000 timesharing minicomputer’. A 1978 diagram of Ayyadurai’s email system. Credit: The Email Revolution

Inspired by how physical memos would work in offices, his system (created for the University of Medicine and Dentistry, New Jersey) came with a relatively novel user interface that included features such as an ‘inbox’ and ‘outbox’. Users could ‘compose’, ‘forward’ or ‘reply’ to messages through various commands.

The second defining feature of Ayyadurai’s work is that this user interface was decoupled from how the actual message would be sent. The user interface was called the ‘EMAIL’ software program while the transmission methods were carried out by a piece of software called ‘SENDR’ that actually edited, processed and transmitted the message.

Instead of using a new communication protocol for message transmission – which was essentially what Tomlinson created – Ayyadurai’s system was based on using a shared database so that sending a message consisted of essentially inserting or removing records from database tables. These ‘records’ were replicated across all computers that ran that particular database software.

As he describes it in his book, “if the sender and recipient were in different locations and on different servers … we simply pointed to the email data in the remote database server.” In Ayyadurai’s system a ‘Postmaster’ was required to ensure that emails were sent and monitor whether a server was down at any point in time.

In 1982, Ayyadurai later applied for and received a copyright for the term ‘EMAIL’ after his user interface program.

In what context did the invention occur?

Deciding who gets credit for an invention is often a function of what environment the invention occurs within. If a technology-related invention takes place in Silicon Valley, it is more likely that it will get noticed and be placed within a proper historical context when compared to a similar, concurrent invention in a country like India.

Tomlinson’s creation of the standards behind transmitting electronic messages, and his usage of the @ sign, took place in the cradle of software and hardware development – in a company that essentially created the predecessor to the Internet.

Tomlinson’s work therefore has been carefully catalogued in and referenced by extremely influential sources, such as the Internet Hall of Fame. He has been awarded by the American Computer Museum and the International Academy of Digital Arts and Science. In short, Tomlinson’s work took place within a context that allowed it to be properly recognised.

In contrast, Ayyadurai’s work took place when he was 14 years old and was carried out the University of Medicine and Dentistry in New Jersey, a place not exactly known for cutting-edge software and hardware development. His creation has not been assembled as a body of work  properly; The Westinghouse Science Talent Search competition has some of his work up, but the actual process of putting it all together happened in an institutional context only in 2012, when the Smithsonian and American History Museum accepted some of Ayyadurai’s donations to preserve his ‘place in history’.

What influence did their inventions have?

It becomes easier to view Tomlinson as the inventor of e-mail because his work has been published in the RFCs (request for comment) of the Internet Engineering Task Force, the body that creates standards for the Internet and networked communication. In 1973, Tomlinson co-authored the RFC-561 standard, which was the first published standard for Internet email message formats. This RFC also included a few standard email headers such as ‘Date’ and ‘Subject’.

We can then easily trace this work to other RFCs published in 1975 (RFC 680, which describes fields such as ‘cc’ and ‘bcc’) and 1977 (RFC 733, which made it a binding standard). These in turn can be logically traced to the development of the SMTP standard in 1982 – the underlying technology of which is used in services such as Hotmail and Gmail.

Ayyadurai’s work lies in the user interface of the e-mail system and not the transmission protocols. He claims that his system, created in 1978, is what most closely resembles what we use today. His claim is that it was the first “whole system” to offer a particular combination of features, which is why he thinks he is the true inventor of email.

What is unclear, however, is how we can place the user interface of Ayyadurai’s work in the broader history of e-mail development. Put simply, we can’t identify how Ayyadurai’s email system influenced systems that came after his. His technical details, as the SICGIS computer history society notes, were not “published in conference proceedings, journal articles or technical reports”.

Did the New Jersey email interface help in creating Hotmail and Gmail? As Columbia University communications historian Richard John notes somewhat bluntly, “If a bus had hit Shiva two years before he won the Westinghouse Prize, the history of e-mail would not have been changed a bit”.

Another question is whether the strength of Ayyadurai’s legacy should matter at all. Even if his work didn’t influence later computer engineers, it could still be one of the first fully operational proprietary email systems. To this there are two counterarguments.

The first is that there is a lack of reliable data on the many other internal and proprietary email systems in operation around the 1970s and 1980s. We don’t know if Ayyadurai’s user interface was the first of its kind; as Ayyadurai notes, he himself was inspired by the physical office-memo system’s user interface. While he was granted the copyright to ‘EMAIL’ in 1982, there is also some documented evidence that by 1979 (a year after Ayyadurai’s creation), Compuserve started offering ‘time sharing computer access and electronic mail’, which was actually called ‘Email’, to businesses.

The second, as SIGCIS notes, is that Ayyadurai’s electronic transmission work was most “suited for a small local network and would be very hard to scale up for a nationwide email network”. This is in sharp contrast to Tomlinson’s work, which eventually did scale up to a global email system.

So what does it come down to? Is e-mail, as we know it, the underlying transmission protocol of Tomlinson that can be placed in a confirmed, historical context? Or the user interface of Ayyadurai, whose work may have been ground-breaking but cannot be placed in an accurate historical context because of the environment in which it was created?

As with most inventions, it is extremely difficult to point to a clear inventor without it devolving into a crude popularity contest. While Ayyadurai may not seem to be ‘the inventor of e-mail’, it is clear that his work deserves more recognition that it has received so far. A proper historical analysis is clearly necessary. For now, Tomlinson’s work can be shown to have clearly laid the ground-work for electronic communication – while Ayyadurai is a talented scientist who created one of the earliest e-mail systems, with insightful features, at an impressively young age.