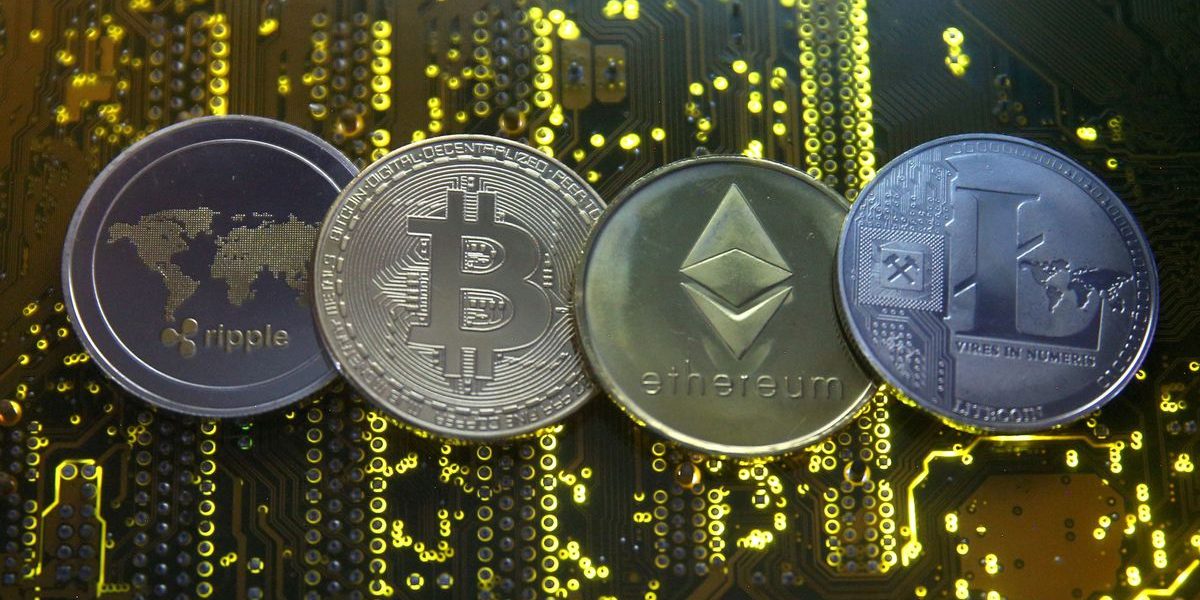 Representations of the Ripple, bitcoin, etherum and Litecoin virtual currencies are seen on a PC motherboard in this illustration picture, February 14, 2018. Photo: Reuters/Dado Ruvic/Illustration

New Delhi: The Union government’s listing of a bill that would ban most private cryptocurrencies ahead of the Winter Session of the parliament, led to their local prices dropping sharply as selling accelerated.

Through the Cryptocurrency and Regulation of Official Digital Currency Bill, 2021, the Union government is looking to regulate virtual currencies and also make a framework for the official digital currency that will be issued by the Reserve Bank of India.

The bill will allow only certain cryptocurrencies to promote the underlying technology and its uses, according to the legislative agenda for the Winter Session that is set to start from November 29.

The bill, according to the Lok Sabha website, seeks to “create a facilitative framework for the creation of the official digital currency to be issued by the Reserve Bank of India. It also seeks to prohibit all private cryptocurrencies in India, however, it allows for certain exceptions to promote the underlying technology of cryptocurrency and its uses”.

In such a scenario, even though the actual provisions of the bill to ban cryptocurrencies is not known yet, BloombergQuint has reported that fear prompted rampant selling across local exchanges, leading to sharper fall in prices in rupee terms compared to overseas markets.

“On WazirX, one of India’s larger exchanges, Bitcoin was down 24% over the last 24 hours. According to CoinDesk, a news site which also collates price information, the token is down just about 1%. Ethereum is down 23% on local exchanges, while it is up nearly 2% overseas. Recently popularised meme coins, too, are selling off,” the report said.

Amidst reports of delays on WazirX prompted by a rush, it tweeted urging people not to panic sell.

For instance, if more people are willing to sell crypto in INR market instead of USDT market, you'll see slightly lower crypto prices in the INR market.

Lastly, we also request all our users to not get afraid and panic sell. 🙏

As people sold in apparent panic, local prices saw about a 15% drop compared to international markets, the head of a local exchange additionally told BloombergQuint. The 15% figure was reported by NDTV as well.

At present, there is no regulation or ban on the use of cryptocurrencies in the country.

Also read: Amid Cryptocurrency Boom – and No Regulation – What’s the Way Forward for India’s Policymakers?

Prime Minister Narendra Modi, earlier this month, held a meeting on cryptocurrencies with senior officials and the Reserve Bank of India has repeatedly reiterated its strong views against cryptocurrencies, claiming they posed serious threats to the macroeconomic and financial stability of the country. It plans to launch its own digital currency, called Central Bank Digital Currency.

However, on March 4, 2021, the Supreme Court had set aside an RBI circular of April 6, 2018, prohibiting banks and entities regulated by it from providing services in relation to virtual currencies.

Bitcoin, the world’s biggest cryptocurrency, is hovering around $60,000, and its price has more than doubled since the start of this year, attracting hordes of local investors.

No official data is available but industry estimates reported by Reuters suggest that there are 15 million to 20 million crypto investors in India, with total crypto holdings of around Rs 400 billion.

Recently, there have been a rising number of advertisements promising easy and high returns on investments in cryptocurrencies.