Why China Has Blocked Wikipedia in All Languages

A man stands in front of a convoy of tanks in the Avenue of Eternal Peace in Beijing, China, June 5, 1989. Credit: Reuters/Arthur Tsang/Files

Reuters and PC Mag noted that the timing of the block seems to coincide with the Tiananmen Square protests, which ended violently on June 4, 1989. When Wikipedia’s official account tweeted that the reasons for the total block were “unknown to us,” a Shanghai-based user responded, “Don’t be daft.”

Censorship of encyclopedias has a long history. In the 18th century, Denis Diderot and other authors of the famous Encyclopédie were denounced as heretics for suggesting that knowledge stems from observation and reason rather than religious tradition or papal authority. In 1752, the French king’s council issued a stop order on its distribution on the basis that the publication was “destroying royal authority and encouraging a spirit of independence and revolt,” a prophetic statement just three decades before the French Revolution.

Blocking a website appears to be the 21st-century equivalent of these encyclopaedic press injunctions, and Wikipedia has dealt with more than its fair share. China first blocked the Chinese-language Wikipedia in June 2004 before the 15th anniversary of the Tiananmen Square protests. Before 2015, countries could even block specific articles because Wikipedia was running on an HTTP protocol. Iran, for example, blocked at least 963 unique articles deemed undesirable for political, religious, or sexual reasons in 2013, including Harry Potter actress Emma Watson’s page.

But since Wikipedia switched over entirely to HTTPS in 2015, a nation’s only censorship option has been to block entire language versions. Turkey went ahead and blocked all of Wikipedia in April 2017, citing a controversial law to ban websites in the name of “national security.” Venezuela temporarily blocked all editions of Wikipedia from January 12-18 of this year after some articles referred to opposition leader Juan Guaidó as president. But Turkey has so far been the only country since the full implementation of HTTPS to institute a long-term block across all languages – at least until the latest developments with China.

As Omer Benjakob reported for the Israeli newspaper Haaretz, Turkish officials reached out to Wikimedia several times in 2017 to request that content be changed in two Wikipedia articles: “State-sponsored terrorism” and “Foreign involvement in the Syrian Civil War.” As a matter of policy, Wikimedia does not interfere with its community-written encyclopedia projects, so Turkish representatives took matters into their own hands. As one Turkish official tweeted, “This content was not allowed to be edited. … Therefore, entire Wikipedia content had to be filtered.”

By contrast, China appears to have blocked the site without forewarning. Wikimedia noted in its statement, “We have not received notice or any indication as to why this current block is occurring and why now.” The silent approach seems to be customary for Chinese officials, who have blocked thousands of websites including the BBC, the New York Times, Quora, Reddit and Amnesty International. Under President Xi Jinping, the Chinese government has increasingly sought to use the Great Firewall to maintain a unified “Chinanet” that reflects the party’s express values rather than diversity of opinions.

China’s banning of certain American, Japanese and European domains has helped domestic companies grow. Nine of the world’s 20 largest internet firms, by market value, are now Chinese, including Baidu and WeChat, which have grown exponentially partly because they have been sheltered from Google, Facebook and Twitter. But it seems unlikely that China is blocking Wikipedia across all languages simply to provide its homegrown company with an advantage.

The Chinese-language internet encyclopaedia Baidu Baike, owned by Baidu, already has millions more articles than Chinese Wikipedia, which has been blocked since 2015. When Wikipedia co-founder Jimmy Wales met with Cyberspace Administration of China chief Lue Wei later that year, Wales said Wikipedia’s blocked status did not come up. But spoken or not, the key difference is openness to censorship. Unlike Wikipedia, Baidu Baike removes content when directed to do so by the Chinese government. 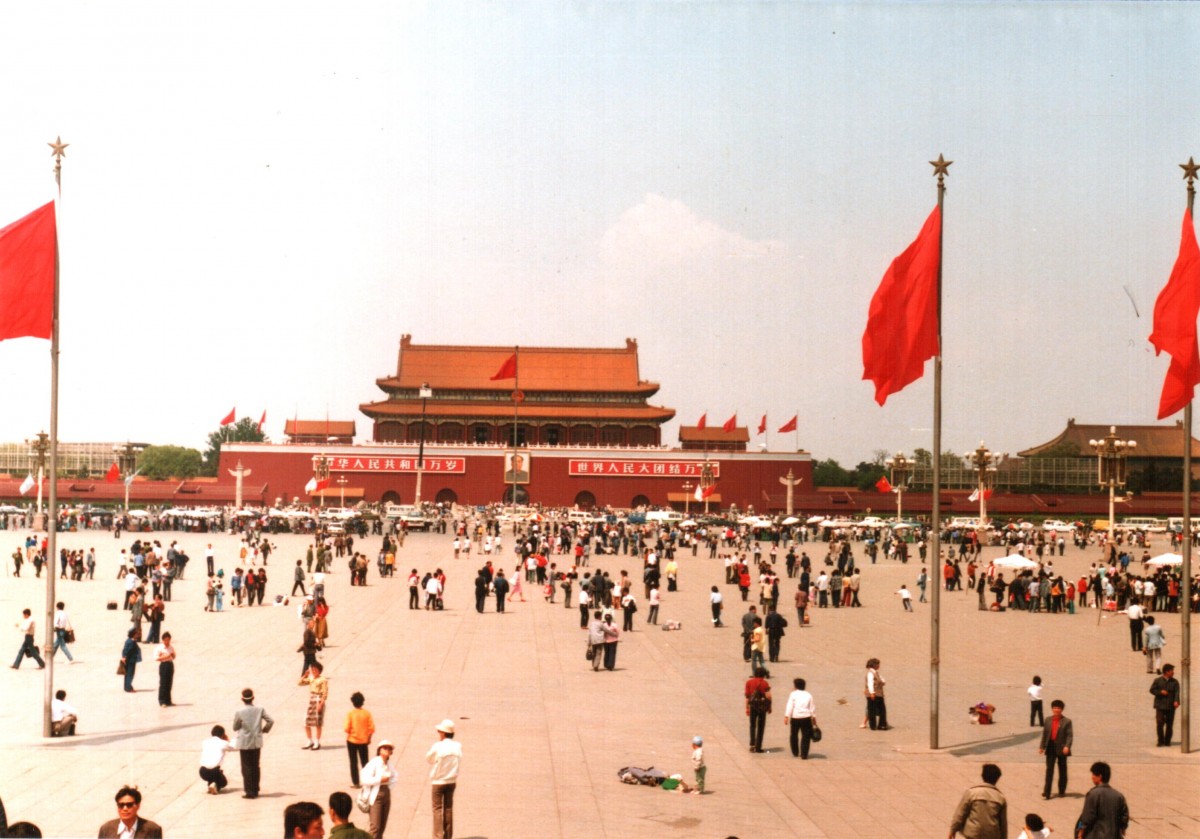 That’s where the circumstantial evidence of the 30th anniversary of the violence in Tiananmen Square becomes too compelling to ignore. Back in 2009, during the 20th anniversary, internet references to the demonstrations were strictly censored. When Chinese internet users searched for “June 4” on the Chinese search engine Baidu, they would receive a message that said, “The search does not comply with laws, regulations and policies.”

With today’s prevalence of online translation tools, it would be much easier for Chinese citizens to read content from other encyclopedia editions. Advances in translation software might explain why the government felt the need to expand what was previously only a block of the Chinese (Mandarin) edition. Since Wikipedia is collaboratively written by a decentralised group of editors, the Chinese government is also unable to control the narrative or the nomenclature. On the English-language edition of Wikipedia, for example, there have been fiery debates between editors about whether the events of 1989 should be referred to as the “Tiananmen Square massacre” or the “Tiananmen Square protests.” The current English Wikipedia article uses the latter title, but devotes substantial space to describing the death toll and “the extent of bloodshed in the Square. … ”

It’s foreseeable that potentially millions of Chinese citizens would have been curious enough to conduct some basic internet research in the months and weeks leading up to the anniversary of the events at Tiananmen Square, and that they would have preferred to use a source that wasn’t censored by the government. Now, by design, many of them will be unable to.

When Turkey blocked all editions of Wikipedia in 2017, there was some expectation that the censorship would be short-lived. The country’s previous blocks were often limited in duration, such as a two-week block of Twitter in 2014. But Turkey’s block of Wikipedia has now lasted more than two years and is a lose-lose situation for humanity at large. The anti-censorship organisation Turkey Blocks recently tweeted, “The block of #Wikipedia in #Turkey is not only annoying, it means Turkish citizens are essentially self-excluded from writing their own history or expressing a Turkish point of view in millions of articles that chronicle our age.”

Wikimedia made a similar point in its recent statement: When one country cannot contribute to the internet’s knowledge ecosystem, “the entire world is poorer.” Already there is a Wikipedia entry describing China’s recent censorship of all Wikipedia. Let’s hope this Wikipedia article is soon updated to describe the block in the past tense, and that the revised version will soon be accessible globally without restriction.

Stephen Harrison is a Slate columnist and lawyer who has also written for the New York Times and the Washington Post.