Both have largely remained shackled by high tax rates, harming the goals that Modi set out for Digital India at the start of his first term. 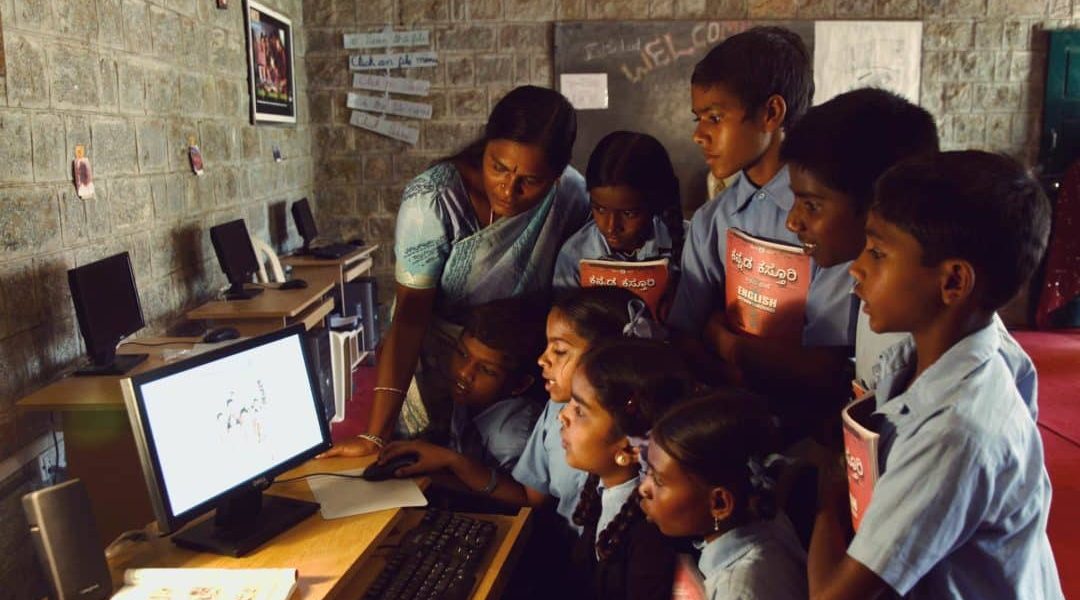 Why should e-books attract 5% GST only if a printed version is also available? Credit: CCDS

If the BJP-led NDA government is serious about creating ‘New India’, there is little doubt that education should be among its top priorities.

In a country of the size and population of India, with varying levels of inequality, most experts agree that it is unlikely that high-quality education can be provided to all segments of society without the use of digital tools.

In his first Independence Day speech, Prime Minister Narendra Modi appeared to set the agenda firmly: “When I talk of Digital India, I don’t speak of the elite, it is for the poor people. You can imagine what a quality education the children in villages will get, if all the villages of India are connected with Broadband Connectivity and if we are able to give long distance education to the schools in every remote corner of the villages.”

And yet, digital learning and e-books have largely remain shackled by high tax rates, harming the goals that Modi set out at the start of his first term.

Currently, digital education attracts a tax of 18%. If the government is serious about expanding the scope of how education can reach India’s masses, it should place it on the no-GST (goods and services tax) list in the Union Budget that will be tabled in Parliament later this week on July 5.

The high taxes impact the field of digital education in two ways.

Firstly, digital learning content and services produced by the private sector fall under the 18% slab. Minal Anand, the founder of Delhi-based education tech start-up GuruQ, believes this is blatantly unfair.

“…Being a part of the Ed-tech platform, which is registered under the Startup India initiative of the government there is one area that has been a slight pain point. The GST rate for all educational services outside of schools and colleges is 18% — the same rate as items such as perfumes or even chocolates or other luxury items. Education and up-skilling are not a luxury and it should not be taxed in the same manner as luxury items. This further creates disparities allowing children from wealthier backgrounds to have access to better teachers,” Anand wrote earlier this month.

Secondly, the manner in which e-books are taxed is also silly. Until 2018, they too were placed on the 18% GST list.

In July 2018, the GST council reduced it to 5% with a caveat — that it would only apply to e-books that had a print version. There is no GST on printed textbooks.

Hatchette India managing director Thomas Abraham called the move “absurd” at the time. “The whole thing is a bit absurd. It would have made more sense if the rather draconian 12% new GST levied on royalties had been abolished, and the 12% GST on printing material was reduced, back to 5%. Both have come as a double whammy that have raised costs for publishers with no respite, as input tax credit is also not available for books, because books are GST- exempt,” Abraham said.

A January 2019 report by NGO Pratham has pointed out how a quarter of India’s students who pass Class VIII can’t even read, while more than a half can’t do basic mathematics. This shows the existing standard of education in the country. The report doesn’t come as a surprise.

What ails India’s education system, especially in rural areas is archaic teaching methods that rely on heavy school bags. In a system that is crumbling due to acute shortage of good teachers and highly disproportionate student-teacher ratio, quality education is the first casualty.

In the absence of modern teaching tools, even creative teachers depend on outdated pedagogy. They have no choice but to follow rote-based learning system. There is no co-relation between what is taught to students and what they observe around them. The old text books, which  are frequently understocked, are not enough to satisfy curiosity of the students.

Some initiatives by the Modi government appear to understand  this — the launch of the Swayam online open course programme is a great step, even if its results have been less than satisfactory. His government’s tax policy-makers however appear to have different views. They think digital learning is a luxury.

There is therefore an immediate need to reduce tax on digital learning. it should be put on no GST list. The government can also consider incentivisng digital education by allowing tax deductions to the parents who encourage online learning for their child to help them buy the required hardware and software. Banks too should provide consumer loans to students for purchase of hardware and software for digital education.

If these steps aren’t taken, digital education will merely remain a buzzword, used as a slogan, with little to show in the way of real impact.