WFI's assistant secretary, Vinod Tomar, had allegedly defended the WFI president at a Gonda tournament, which the government has also cancelled. 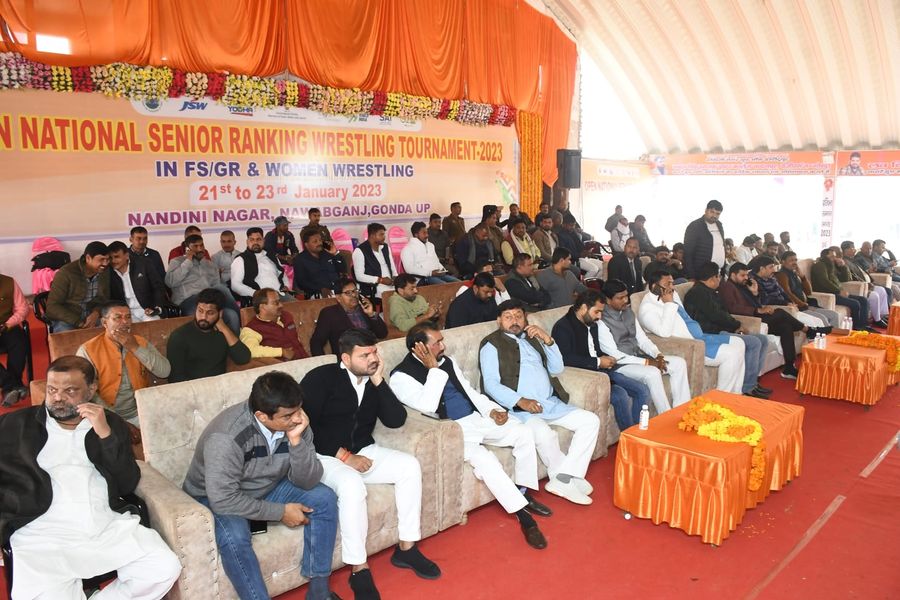 New Delhi: A day after the Union government asked Wrestling Federation of India chief and Bharatiya Janata Party MP Brij Bhushan Sharan Singh to give up his post following serious charges of sexual harassment and mismanagement levelled against him by the country’s top wrestlers, it also suspended the body’s activities and has dismissed the federation’s assistant secretary.

On January 18, top Indian wrestlers Vinesh Phogat, Sakshi Malik, Anshu Malik, Bajrang Punia, among others, accused the BJP MP of sexual harassment and physical abuse. Singh has denied the allegations but has reportedly agreed to step down.

The Union government’s move came after the WFI wrote an ‘explanation’ to the sports ministry dismissing the wrestlers’ charges and claiming that they were the result of motivations and bias, according to Hindustan Times.

A general council meeting of the WFI at Ayodhya, scheduled for today, January 22, has been cancelled.

Times of India has reported that the assistant secretary, Vinod Tomar, was let go because of his remarks defending Singh. A wrestling championship at Gonda which Tomar attended was also cancelled, it reported.

Union sports minister Anurag Thakur told TOI that Tomar had called the charges levelled against Singh “baseless.” In his post at WFI since 2002, Tomar has also been accused of embezzling scholarship funds.

“The Ministry of Sports has communicated to the Wrestling Federation of India on Saturday that in view of the Government’s decision to appoint an Oversight Committee to investigate the various allegations raised by athletes against the Federation, WFI will suspend all ongoing activities with immediate effect, unless the Oversight Committee is formally appointed and takes over the day-to-day functioning of WFI,” said a ministry statement.

The names of members of the oversight committee are supposed to be released today.

The wrestlers had also reached out to the Indian Olympic Association asking that an inquiry committee be formed to probe the allegations of sexual harassment against Singh, following which one was formed with noted athletes Mary Kom, Dola Banerjee, Sahdev Yadav and others.