Why Nobody Wants the Olympics

Given the high cost, environmental degradation and attack on civil liberties it entails, hosting the Olympic Games is no longer the privilege it once was. 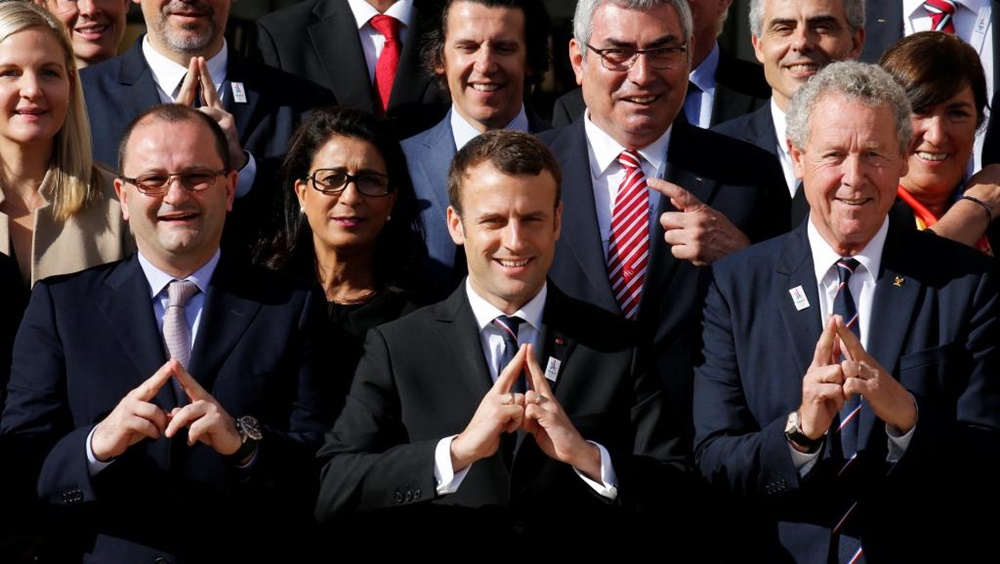 French President Emmanuel Macron, Patrick Baumann, president of the International Olympic Committee Evaluation Commission and member of the IOC Guy Drut at the Elysee Place in Paris on May 16, 2017. Credit: Reuters

French President Emmanuel Macron was not present but his wish was realised. His absence did not matter as the deal had been done days before the announcement – Paris will host the 2024 Olympics, exactly 100 years after it last undertook the responsibility. Los Angeles will follow in its footsteps four years later. For the first time in nearly a century, the hosts of successive summer Olympic Games were announced at once.

This was the result of a historic lack of interest in hosting the Olympic Games. Six cities had expressed their desire to be a part of the bidding process for the 2024 Olympics when it began. In the end, only two submitted a bid and nobody was sure if there would be any suitors for the 2028 Games.

But at the International Olympic Committee (IOC) session in Lima, Peru, everyone tried to add a positive spin to the proceedings. Macron shared his joy from the Guadeloupe island as well, after surveying the wreckage left by Hurricane Irma. “I salute this success and the tremendous opportunity that the Games represent to assist in the transformation of our country, to increase its international attractiveness… and strengthen the role of sport across France,” he said after the decision was announced on September 13.

Back in July, Macron was in thrall of the Olympic movement. His words bear retelling. “We need multilateralism, the structures that provide agreement among nations … and tolerance, which the Olympic movement illustrates well.” He even went on to add that French values were Olympic values and the threat both face makes it imperative for them to be defended.

It is striking that Macron’s worldview was shared by the pioneer of the modern Olympic Games, Baron Pierre de Coubertin. An aristocrat, he looked towards sport to nurture the physical health and competitive spirit of the French youth. But he did not stop there. A sports evangelist, Coubertin believed that the tension between nations could be tempered through the revival of Olympic Games. Macron may claim to bring a new kind of politics, but his views seem to have been cut from the same cloth that comforts the French social elites.

Los Angeles mayor Eric Garcetti has also keenly stressed the continuing relevance of the Olympic Games. Speaking from Lima, he launched an impassioned defence of the world’s biggest sporting spectacle. “Cities need to fit the Olympics to their city, not their city to the Olympics. Almost every city in the world could do the Olympics. Don’t do things which are nothing to do with the Olympics and put them into the budget.”

If an IOC survey from July can be trusted, the Los Angeles bid enjoys 78% public support. Paris’s bid also had a large approval rating, with 63% of the surveyed residents expressing their desire to witness the Olympic Games in the city.

Is it too early to forget that Budapest withdrew its bid for the 2024 Games earlier this year when the Hungarian Olympic Committee officials came to a compromise with the country’s leading political figures, in order to avoid a potentially embarrassing referendum? Rome’s mayor Virginia Raggi also decided to kibosh the city’s bid last year despite fierce opposition from Italian Olympic Committee officials, while a close defeat in a referendum had left Hamburg with no choice but to drop its plan in 2015. Boston’s bid was also withdrawn after a palpable lack of support the same year.

The multiple withdrawals had left the IOC with little choice. It could not possibly risk embarrassment over the 2028 Games if no bidders came forward. So a historic agreement was struck between the IOC, Paris and Los Angeles. The 2028 LA Organising Committee will be the beneficiary of a $1.8 billion grant from the IOC as part of this deal.

Although the crisis has been abated for now, we are no longer confident that hosting the Olympic Games is a privilege. The experience of past Games is alive and raw in public memory. The high cost burden, environmental degradation and attack on civil liberties are major concerns that have been raised for decades now. Raggi’s vehement opposition is a case in point. “We are effectively asking the people of Rome and of Italy to shoulder the debts. We just don’t support it. No to the Olympics of concrete, absolutely not! No to cathedrals in the desert,” she said. 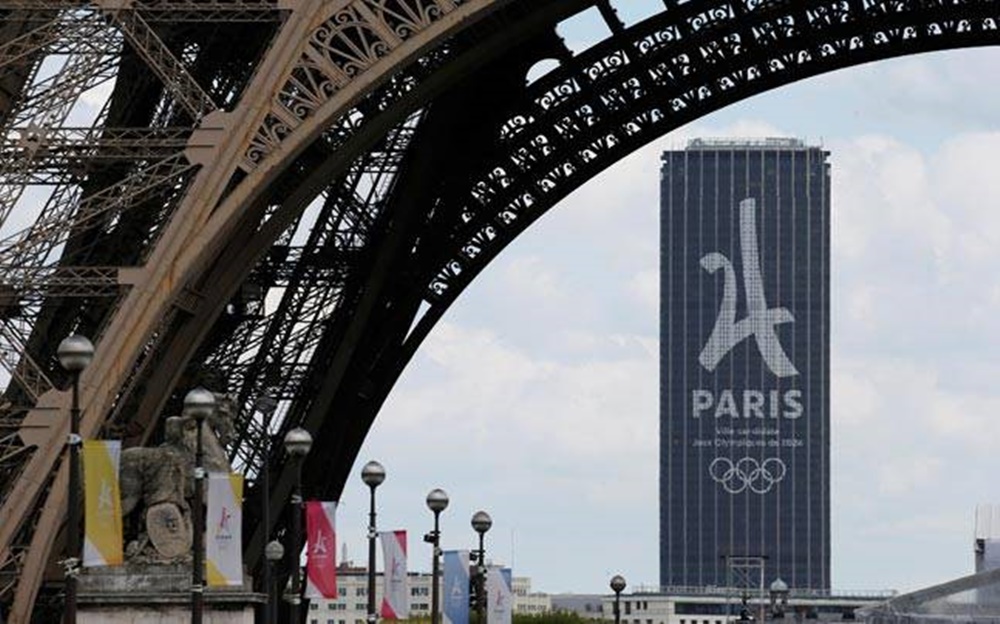 Paris will host the 2024 Olympics – exactly 100 years after it last undertook the responsibility. Credit: Reuters

The financial and social implication is very real. Only last year, the Rio Olympics had become a flashpoint when the poor in the city’s favelas were subjected to dislocation from their homes and strict policing. The Olympic Charter’s Rule 50 demands that no political protests be carried out in or around the Games venues. This leaves governments virtually free to clamp down on any form of dissent.

The sanitisation inflicted by the Olympics has been called ‘imagineering’ by urban anthropologist Charles Rutheiser. Through imagineering, cities try to present themselves as an attractive tourist destination and business hub. From the organisers and politicians to corporates, all are involved in the airbrushing of the host city. Before the Rio Olympics, posters of development projects around the Games had whitewashed the favelas out of existence.

Such stories abound. After 13 labourers died as Greek authorities pushed everything in order to meet the deadline for the 2004 Athens Games, the leader of the construction workers’ union poignantly remarked, “We have paid for the Olympic Games in blood.” In his book Brazil’s Dance with the Devil, Dave Zirin noted that two million people were forced to move by the Chinese authorities before the 2008 Beijing Games. The exaggerated security worries that accompany every Olympics now saw London 2012 organisers carry out “the UK’s biggest mobilisation of military and security forces since the second world war.”

One could go on. But the political pushback against the corruption of values that the Games have come to symbolise has acquired a more strident tone over the years. Anti-globalisation and pro-environment activists have often come together to protest the advance of global capital and its political devices in the name of Olympics. Not in my backyard-ism has been a growing trend, as seen in the public disapproval of the Boston, Hamburg, Rome and Budapest bids.

The political spectrum traversed by these protests is far and wide. Raggi belongs to the Eurosceptic Five Star Movement while, traditionally, anti-Olympic protests have been led by those who identify themselves on the left. A broad sweep of political opinions covers the ‘Olympic-sceptics’.

Speaking in April, IOC president Thomas Bach took a critical stand against anti-Olympic political outfits. He believes domestic agenda identifies Olympic bids as an easy target in the attempt to destabilise incumbent governments. But he’s not entirely blind to the problems which plague the bidding process. “We have to understand that our candidature procedure is giving arguments for this as it is too expensive and too complicated. The good old times are over with regard to candidature procedure. Today hardly any Mayor or political authority can go to their population and say, ‘Let’s try again, and maybe we will win’ after spending millions on an unsuccessful bid,” Bach said.

This admission by the president has lately been reflected in the Olympic movement’s insistence on financial prudence. During an official visit in June, the IOC’s senior vice-president John Coates emphasised further reductions to the 2020 Tokyo Games budget. Coates feared that the proposed budget ceiling of $20 billion may “give a bad impression” to future bidders. The Tokyo Games organisers, however, remain confident that the expenditure will not cross the $13 billion mark, which would be the same as the money spent on Rio Olympics last year – although the initial budget for the 2016 Games was only around $9 billion. 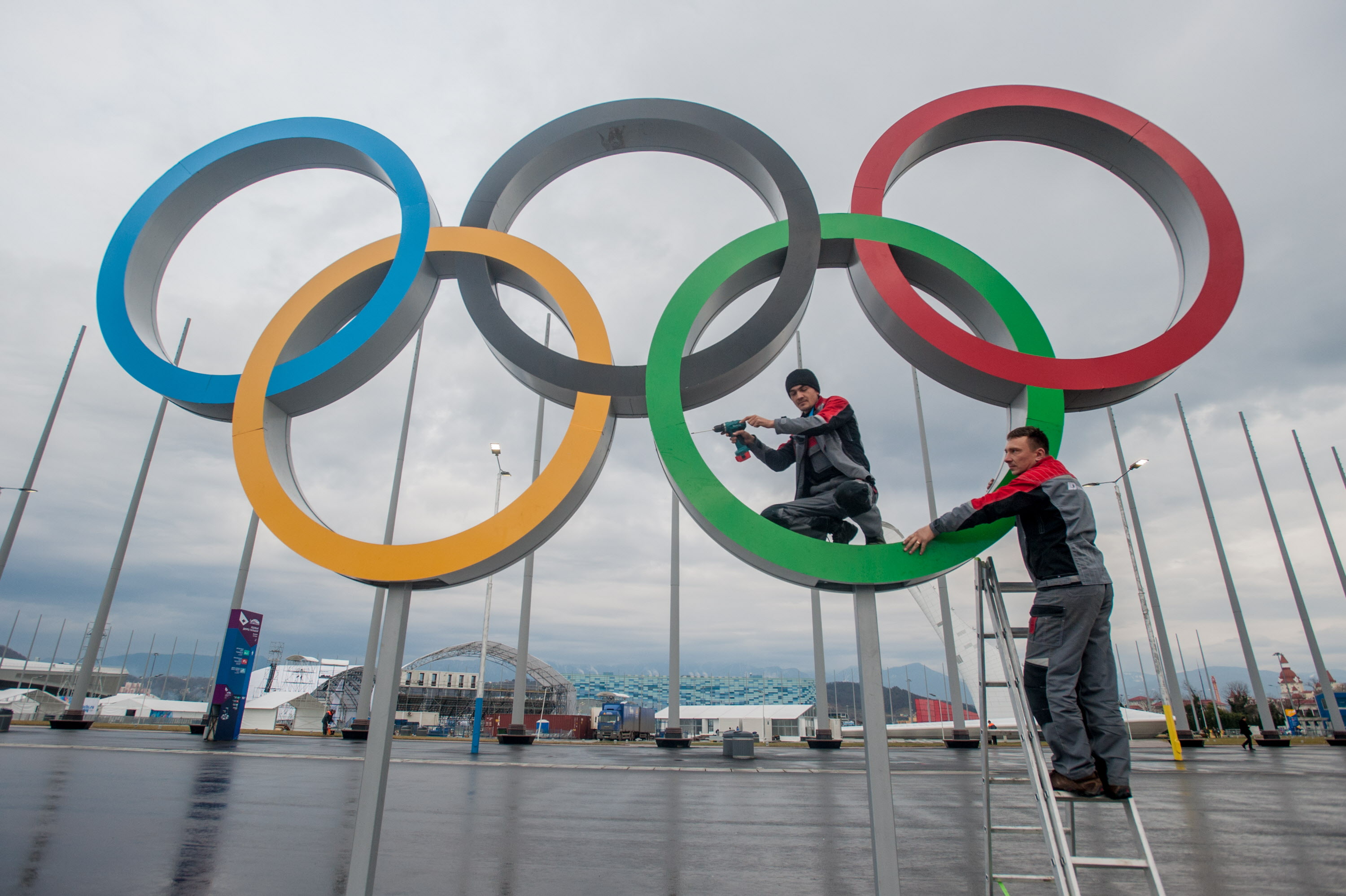 Financial prudence was also one of the major reasons behind Los Angeles and Paris being touted as favourites for the 2024 race, even before the dropouts. Since these cities already have plenty of infrastructure in place, the public and the IOC feel enthusiastic about their readiness. It is worth stating that the LA Olympic bid committee estimates an expenditure of only $5.3 billion, arguing that a profitable Games like the one in 1984 when the city earned over $200 million could be on the cards.

But it is worth noting that in a time of difficulty, the Olympics have returned to two of the major cities of the Western world. The Games have always been Eurocentric, with an emphasis on games that originated or developed in the modern West. Now, after a dalliance with internationalism (if only in name), the Games are back to where they ‘belong’.

It is indeed remarkable that when Rome’s bid fell through, the Italian Olympic Committee saw it as a move by a political outfit “unwilling to accept the challenge of modernisation”. But modernisation in the garb of Olympics remains a hard sell. Once the huge financial implications of hosting the Olympic Games in the 21st century started to become apparent, the IOC shifted the narrative to pro-environment and social legacy. The evidence for that, however, remains thin on the ground too – in fact it has been well-documented that host cities bring destruction to their environment and alienation to the poor.

It is worth recalling that when the IOC sat down to assess the bids for the 1984 Olympic Games, Los Angeles was the sole candidate. Twenty years later, there were 11 bidders. Through shrewd manipulation, the IOC wrested power and branded its spectacle as the greatest show on the earth. Multinational corporations and TV broadcasters increasingly sought a share of the pie. The Games became a safe haven for global capital but vast populations in host nations suffered as a result.

As Bach noted earlier this year, the good old times are over. What next for the Olympics? Who wants to host them? Coubertin had envisaged the formulation of sporting geographies as a consequence of the Olympic Games, boundaries that would go beyond the nation-state. Perhaps, multi-city Olympics are the future. Or maybe, the Games will find a refuge in the megacities of the West alone. For now, the Olympics is going home. Because nobody else wants to host it.