Virat Kohli, the Mythical King, has Embraced His Fate Against a Hostile BCCI

His dry phase, unfortunately for Kohli, coincided with the board firmly establishing its control. 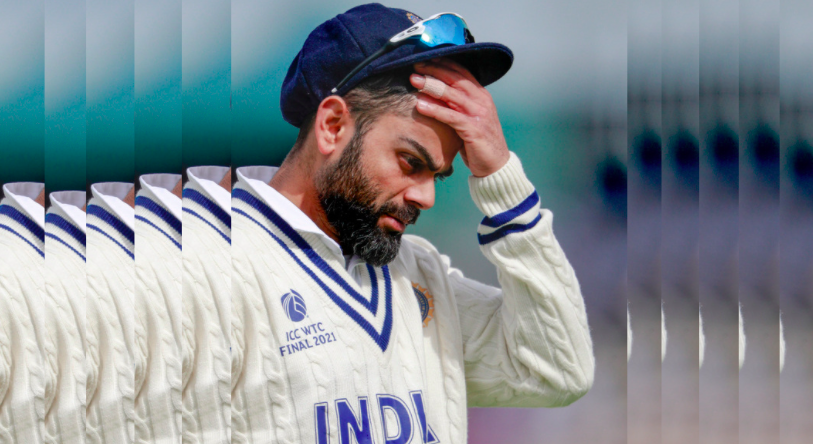 'Kohli still remains India’s most important cricketer and the markets are unlikely to give up on milking his popularity any time soon'. Photo: PTI

At lunch on day 4 of the third and decider Test at Cape Town last week, South Africa needed a meager 41 runs with seven wickets to spare to register a famous series win over India. They weren’t exactly cruising to the target but were in a fairly comfortable position by any account. Stranger things have happened in cricket however and India simply had to deliver that one final punch before succumbing to their fate.

It had reached a point where there was little to tactically deliberate for the Indian captain Virat Kohli. His two lead strike bowlers Jasprit Bumrah and Mohammed Shami would run the show and with some insanely favourable stroke of luck, perhaps the Indians would draw the home team close.

Indian fans would’ve been reminded of the fiery pep-talk Wasim Akram had delivered to his young team during that famous Chennai Test in 1999. Akram is seen charging his players up telling them they could run through the opposition with just one opening even if there remained only about 50 runs to play with. Kohli’s brand of leadership, or at least the elaborate fiction constructed around it would convince all and sundry that he won’t go down without a fight; that he’d ensure South Africa earned each of the 41 runs they needed.

What followed as soon as the play resumed though may forever subvert the popularly accepted narrative on Kohli’s captaincy.

While the fans were gearing up for one final gusto from a sharp Bumrah nip-backer and an away-swinger from Shami making the South Africans dance at the crease, Kohli instead threw the ball to Ravichandran Ashwin and Umesh Yadav. Milking the two weakest links of the Indian attack, South Africa made light work of the target chasing down the remaining runs in just about eight overs.

None of it made sense. This was the series Kohli could not stop talking about. It was his proverbial ‘final frontier’ after what he believes are two back-to-back wins in Australia and England (the England series is yet to complete). He ought to have been hungrier than ever setting up a packed slip-cordon and mouthing expletives every other ball. There was nothing left to save in the tank. This was it. This was the moment.

But his choice of bowlers and the ease with which India allowed the game to drift felt like the team couldn’t wait for this ignominy to end. India had lost under Kohli before, often quite comprehensively so. But they’ve seldom felt so hopelessly dejected. Virat Kohli, the patron-in-chief of Aggressive Leaders’ Society had thrown in the towel. 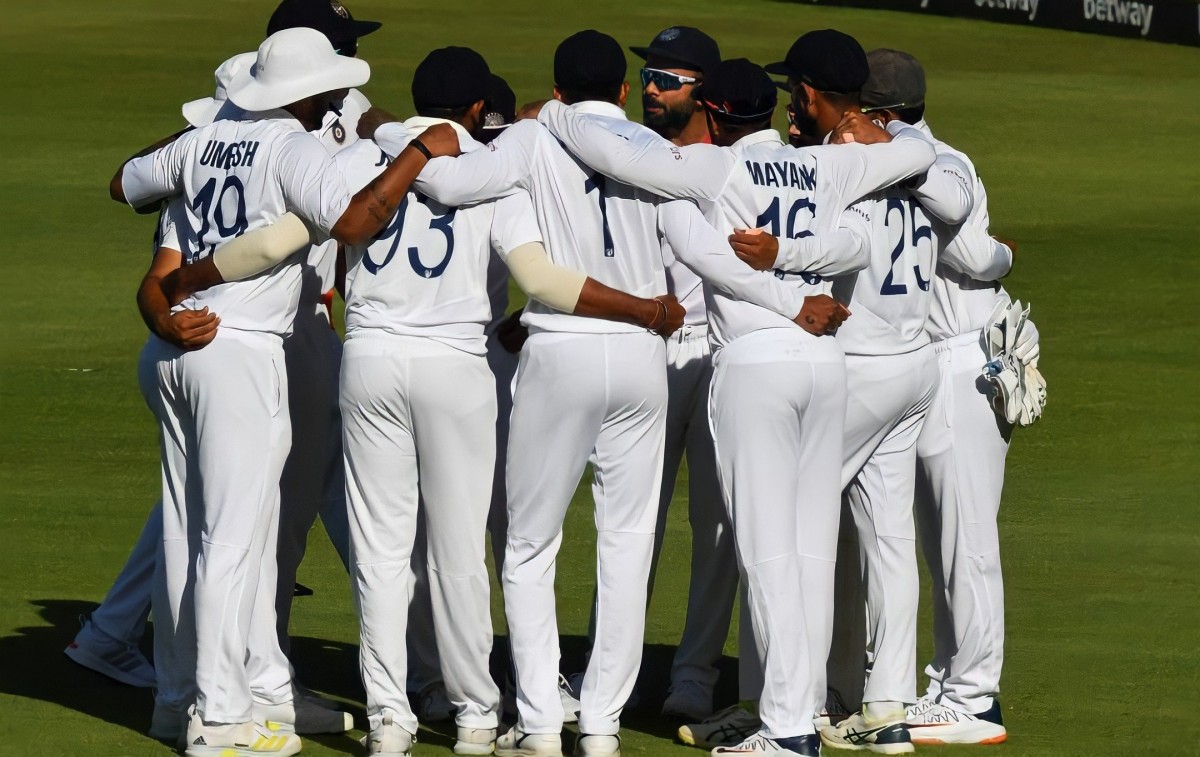 ‘Kohli is the most definite post-Tendulkar superstar Indian cricket has produced’. Photo: Twitter/@imVkohli

A little over 24 hours later, he resigned as captain of the Indian Men’s Test team. And with it, he effectively conceded his place as the premier alpha male of Indian cricket.

The academic worldview has almost compulsively attempted to juxtapose Indian cricket against the socio-cultural makeup of the society at any given point in time. Sachin Tendulkar’s arrival and emergence as the sensational cricketing demigod has often been explained by the country’s changing outlook post the economic reforms. The Indian teams before continue to be lazily dubbed as weaklings who couldn’t stand up for themselves.

Kohli is the most definite post-Tendulkar superstar Indian cricket has produced. Unlike the players he grew up worshipping, Kohli cares little for the middle-class values of restraint and grace. And in his outwardly and boisterous demeanour, exuding of supreme confidence and unapologetic arrogance, has the country’s new obsession with muscular nationalism been desperately traced.

Much of Kohli’s on-field shenanigans is happily presented as reflective of a ‘new India’ – one that no longer remains subservient to the self-proclaimed custodians of the sport but instead dictates the rules. From well-respected media personalities like Harsha Bhogle to the overzealous anchors at Star network that functions as the team’s extended PR, rehashing this belief has become a standard practice that your ears are unlikely to not have developed a chronic trigger for by now.

And this rhetoric has been at the heart of building up the mythical image of Kohli the captain. Fairly basic tenets of leadership such as making players feel belonged, helping them see through a tough period etc. are talked up in a tone that’d suggest these were unheard of in past and that Indian cricket was a vast wasteland before Kohli took over.

In fact, if a legion of contemporary commentators were to be taken at face value, Test cricket continues to thrive against all odds exclusively at the mercy of Kohli. The only reason the traditional format of the game has so far resisted the forces free market economics and isn’t staring into an abyss of despair is the Indian captain isn’t willing to give up on it just yet.

Kohli ‘loves’ Test cricket, we must be reminded every time the camera pans on him which is just about every other second. Unsubstantiated but deeply appealing adjectives like ‘intensity’ and ‘hunger’ have long dominated the sustained exercise of exceptionalising Kohli. His stature and aura have built a parallel industry that a lot of people and a lot of brands have fed off for years.

It is in this context when one examines the fast-changing dynamic between Kohli and the Board of Control for Cricket in India (BCCI), things suddenly start making much more sense. 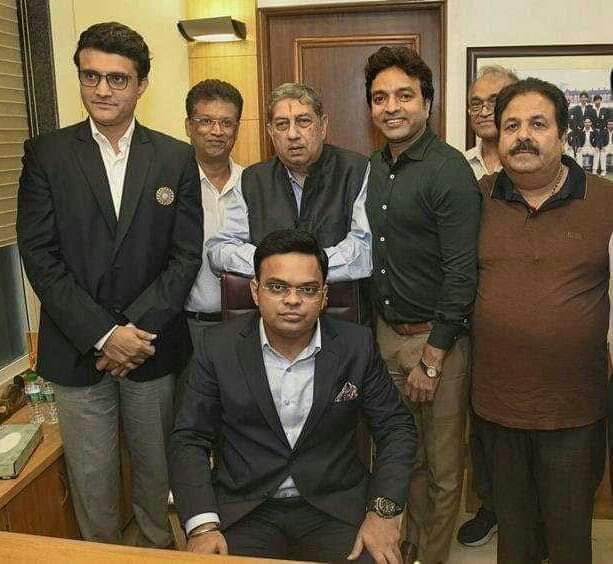 The BCCI at its heart continues to remain a deeply feudal organisation. For all its money churning ability and the heavy coffers, its inner workings reflect a very orthodox culture where a coterie of politically connected strongmen take turns to rule. Sourav Ganguly, the current BCCI president and one of the country’s most loved cricketers was a consensus candidate settled on by the two warring factions. The invisible hand that would run the show however was going to remain of the strong Bharatiya Janata Party’s (BJP) inner circle with home minister Amit Shah’s son Jay Shah being appointed the board secretary.

Also read: BCCI’s Functioning Is But a Mirror to How the Country Is Being Run

The regime change signalled an end of days where the BCCI was a toothless entity run by a Supreme Court appointed Committee of Administrators (CoA). The board was back to being run by professionals who’d make little qualms about thoroughly establishing who’s in charge. The power vacuum in the board during CoA’s tenure meant Kohli managed to nearly monopolise power in ways his predecessors had hardly known.

Regardless of where one stands over Anil Kumble’s merit as India’s coach, the fact that Kohli managed to have one of India’s foremost cricketing names removed within a year of his appointment alludes to the kind of influence he had in matters outside his jurisdiction. Kohli basically overrode a call taken by the Cricket Advisory Committee (CAC) – at the time made of stalwarts like Ganguly, Sachin Tendulkar, and VVS Laxman. Following Kumble’s removal, the board had to extend the deadline for inviting applications of his replacement until Kohli’s preferred candidate Ravi Shastri formally applied for the job. And the CAC’s authority by then was beyond compromised. Shastri presided over other candidates just as the captain wanted.

Now, few would suggest Kohli’s exclusive and unquestioned domination in these matters was unearned. His extraordinarily high output with the bat and his immense commercial potential in the markets meant he became a bigger brand than many thought was possible. An absolute authority over how he wanted to run the show then was the most obvious of outcomes.

But perhaps Kohli somewhat underestimated the impact of power-shift as soon as the board returned in its original form and maybe even failed to account for his own fallibility as a player. His borderline ridiculous numbers were bound to undergo some correction and that dry phase, unfortunately for him, coincided with the board firmly establishing its control.

The team’s failure under Kohli to win any relevant piece of silverware in limited over formats and some baffling selections leading into big tournaments were always points of contention but they never gained currency till his personal stock was soaring. With a dip in form, his decisions as leader too stood to be belatedly appraised and scrutinised more than he’d ever been used to. 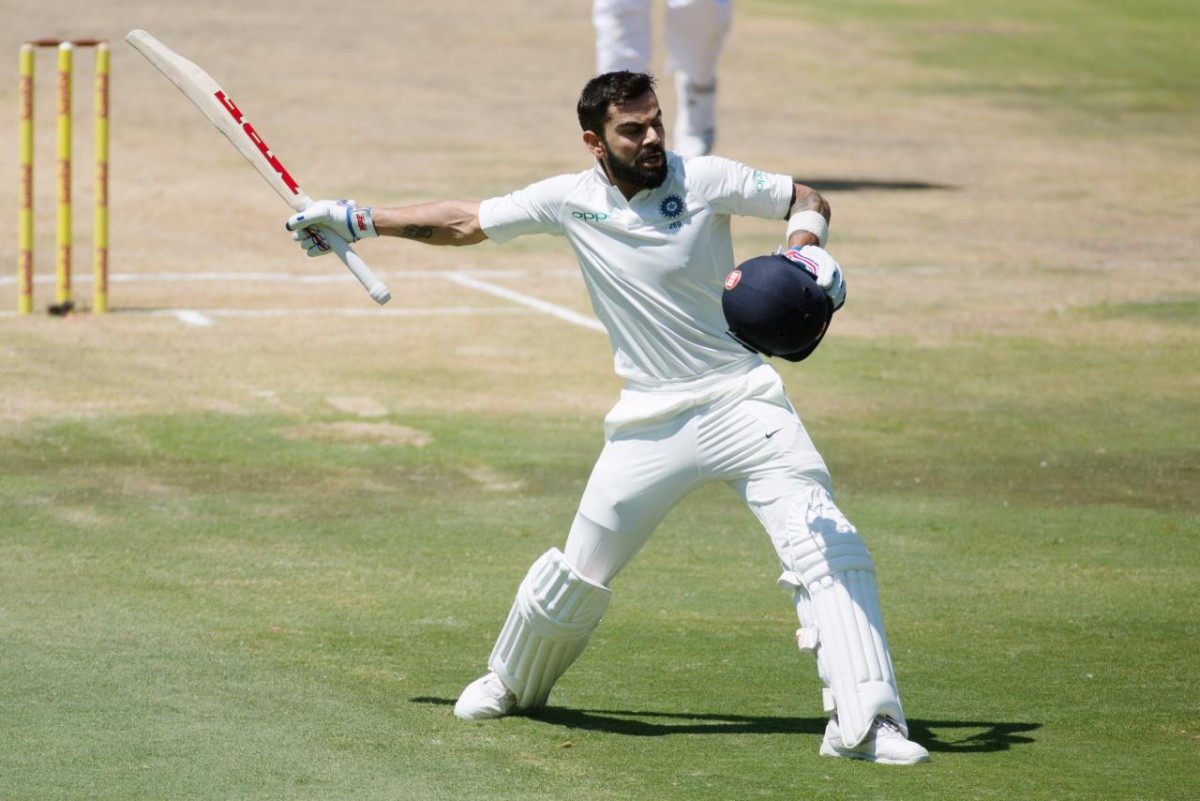 ‘Kohli has pretty willingly remained a poster boy of the regime and has hardly minded his own public image being leveraged for several government initiatives.’ Photo: Reuters

By opting to step down as T20 captain, Kohli provided the board with an opening to considerably size down his giant shadow on Indian cricket. Citing a rather technical explanation of wanting to maintain uniformity in both white-ball formats, Kohli was practically sacked as ODI captain since he’d made it clear he wanted to lead the side into the 2023 World Cup.

When Kohli all but called Ganguly a liar in front of press dismissing the latter’s claim that the board had pursued him into not giving up the T20 captaincy, the writing was on the wall. Chief selector Chetan Sharma has since backed Ganguly’s claim making it two men’s word against one’s so far but the truth mattered far less than the fact that the working relationship between the Indian captain and BCCI president had become pretty much untenable.

It didn’t help that some of the more recent public positions Kohli has taken in recent past – including calling out the communal nature of online abuse faced by his teammate Mohammed Shami – has for obvious reasons not sat too well with the right wing nationalists who are de facto in charge of running Indian cricket today.

But while projecting Kohli as a victim of politics has a certain appeal and effect, facts are rather boring and as usual disrupt the flow of a good story. Kohli has pretty willingly remained a poster boy of the regime and has hardly minded his own public image being leveraged for several government initiatives. He’s endorsed major decisions, participated in coordinated campaigns and kept a close proximity to the Prime Minister himself.

What he’s going through is instead the most natural cycle of power where institutional writ always thrives in the end despite the disproportionate influence of an individual at his peak. And BCCI is one hell of an institution for any player to outsize. None of Sachin Tendulkar, Sunil Gavaskar, or Kapil Dev have proved exceptions to this.

Kohli has already had a bitter taste of this with his unceremonious removal as ODI captain. And he perhaps sensed his Test captaincy too, despite a stellar record, was no longer unquestionable. It made sense to not hedge his bets against a board turning visibly hostile and leave while he could still control the narrative.

Kohli still remains India’s most important cricketer and the markets are unlikely to give up on milking his popularity any time soon. But as he approaches the final phase of his playing career, he’d be forced to let go of things that he’s become too used to. Reduced influence on selections and tactics, fielding in not the most camera-friendly of positions, and perhaps even adjusting to a different batting number some time in future.

It may not be the easiest of transitions and wouldn’t be the worst idea to have a friendly word of advice with the one man who experienced this in a not so distant past – one of the only two men who found a mention in the resignation letter.