The recommendations accepted include a bar on ministers and civil servants from holding any post in the organisation, and an age cap of 70 years for every post. 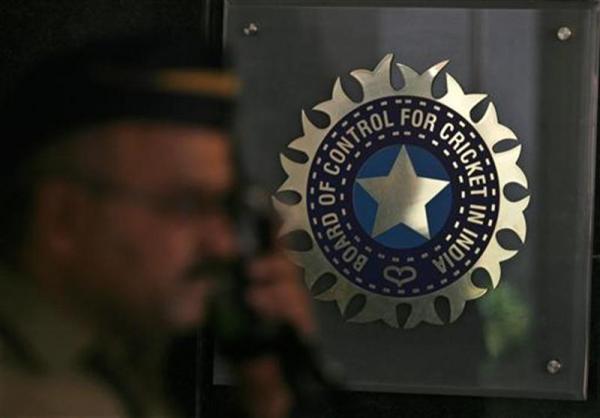 New Delhi: The Supreme Court on Monday accepted the recommendations of the Justice Lodha panel for sweeping reforms in the administration of the Board of Control for Cricket in India (BCCI), including a bar on ministers and civil servants from holding any post in the organisation, and an age cap of 70 years for every post.

Rejecting the BCCI’s opposition to ‘change’, the bench of Chief Justice T.S. Thakur and Ibrahim Kalifulla said the changes suggested by the Lodha panel are necessary to ensure transparency and accountability in the administration. The bench said it needs to be borne in mind that neither the BCCI nor anyone else has assailed the findings recorded by the committee insofar as the deep-rooted malaise that pervades the functioning of the board is concerned.

In its 143-page verdict, the court said “the truth is that resistance to change stems partly from people getting used to status quo and partly because any change is perceived to affect their vested interest in terms of loss of ego, status, power or resources. This is true particularly when the suggested change is structural or organizational which involves some threat, real or perceived, of personal loss to those involved. No wonder, therefore, that the portents of change which the recommendations made by the Lodha Committee appointed by this Court symbolizes are encountering stiff resistance from several quarters interested in continuance of the status quo”.

Referring to ‘change’, it said, “it is famously said is all that is constant in the world. And yet the world hates change, no matter, it is only change that has brought progress for mankind. Statesmen, Scholars and Scientists have spoken for change and eulogised its significance. For instance Charles Darwin has spoken of ‘change’ in the context of his theory of evolution and declared “It is not the strongest of the species that survive, not the most intelligent, but the one most responsive to change.” Benjamin Franklin, put it more pithily when he said “When you’re finished changing, you’re finished”. Albert Einstein spoke of change when he said “The world as we have created is a process of our thinking. It cannot be changed without changing our thinking”.

The chief justice writing the judgment pointed out that the Lodha committee came to the definite conclusion that the BCCI had been suffering from many ills that had become endemic due to the apathy and involvement of those at the helm of the board’s administration.

On the committee’s suggestion to bar ministers and civil servants from holding any post in the board, the bench said, “the argument that since ministerial and bureaucratic support and patronage has helped the BCCI in running its affairs in the past they should be allowed to continue, lest the game suffers, has not impressed us. We do not think that the game flourishes in this country because any minister or civil servant holds office in the State Associations or BCCI”.

The bench noted that the committee recorded a specific finding that the problems faced by the BCCI have been compounded by the involvement and association of many high functionaries in the central and state governments some of whom had remained in charge of the administration of the BCCI for several decades. It also came to the conclusion that many officials of the state associations were holding power without any accountability and transparency by converting the associations into personal fiefdoms.

The bench said, “We also do not find any basis for the argument that unless the ministers and civil servants are allowed to hold office in the State Association or in the BCCI they will refuse to do what is legitimately due to the game for its development and promotion. Nothing which is not due to the game or is not legitimate need be done by any Minister or Civil Servant. But we have no manner of doubt that what is legitimately due to the game will not be denied to the game merely because Ministers or Civil Servants do not happen to be office bearers for ought we know that there may be an overwhelming number of Ministers and Bureaucrats who are passionate about the game and would like to do everything that is legally permissible and reasonably possible within the four corners of the law even without holding any office in the BCCI or the State Associations.”

On the committee’s ‘one state one vote’ suggestion, the bench said, “This is a measure which has been recommended with a view to structurally streamlining the BCCI to make it more responsive and accountable having regard to the aspiration of different regions for an equal opportunity to participate in the growth and promotion of the game in the country”.

It said the only reasonable and rational answer to the problem within the broad principle of the ‘one state one vote’ suggestion would be to allow the full membership of the BCCI to rotate among the three clubs in Gujarat and Maharashtra on an annual basis. During the period one of the associations would exercise rights and privileges of a full member, while the other two associations would act as associate members of the BCCI. This rotational arrangement would give each member a right to vote at its turn without violating the broader principle of a single vote for each state association as recommended by the Lodha committee.

On the upper age limit of 70 years, the bench said, “there is no denying the fact that Cricketers who play competitive cricket generally fall in the age group of 18 to 35 years. This implies that even after retirement from active cricket anyone who has the potential to contribute to the game can do so for over three decades till he attains the age of 70 years. The upper age limit recommended by the Lodha Committee is not, therefore, unreasonable or irrational by any standard. A three year term recommended by the Committee is, in our opinion, reasonable. So also, the prescription of cooling off period between two terms cannot be faulted. Similarly, an optimum period of nine years as a member of the apex council cannot also be termed as unreasonable. Also no member can hold duel post in the state and the BCCI”.

On the opposition to a person nominated by the comptroller and auditor general nominee being part of the administration as the ICC would not accept it, the bench said, “Far from finding fault with presence of a nominee of the Accountant General of the State and C&AG, the ICC would in our opinion appreciate any such step for the same would prevent misgivings about the working of the BCCI especially in relation to management of its funds and bring transparency and objectivity necessary to inspire public confidence in the fairness and the effective management of the affairs of the BCCI and the State Associations”.

The bench accepted the suggestion that players should have an association. It said “An association of cricket players would doubtless give to the cricketing community not only an opportunity to contribute to the promotion of the game but a sense of participation also so very important for the promotion of a game that brings so much joy and feelings of nationalism among our countrymen”.

On the opposition to restrict advertisements only during lunch, tea and other breaks and not in between overs, the bench said although it accepted the suggestion, it would “leave the recommendation as it is for the consideration of the BCCI with the observation that BCCI may keeping in mind the sentiments expressed by the Committee ensure that the viewers get to see an uninterrupted broadcast of the match from the first till the last ball of the over and limiting the commercial advertisement in terms of time and space to an extent that will not deprive the viewers of the pleasure of watching the game in full”.

As a possible first step in the direction in bringing the BCCI under the purview of the Right to Information Act, the bench said it expected “the Law Commission of India to examine the issue and make a suitable recommendation to the Government. So also the recommendation made by the Committee that betting should be legalized by law, involves the enactment of a Law which is a matter that may be examined by the Law Commission and the Government for such action as it may consider necessary in the facts and circumstances of the case”.

The bench asked the Lodha panel to oversee and supervise the implementation of the recommendations in six months.