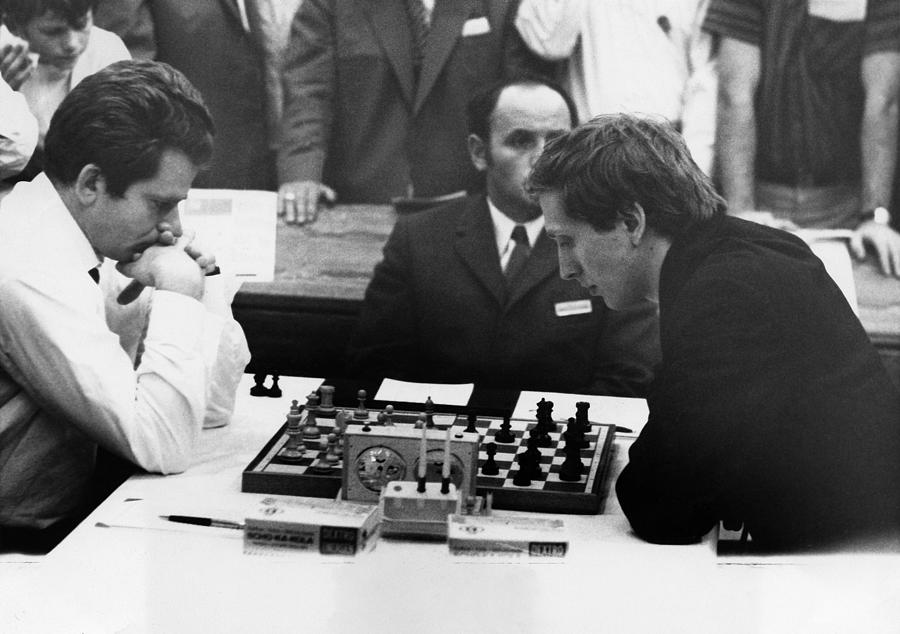 Exactly 60 years ago, a chess match in a local club in New York city between a young player and a US national champion and International Master created a sensation. The veteran, Donald Bryne, was defeated by a 13 year old, who crushed his opponent with a combination of tactics and innovation. The world was to hear a lot of this precocious teen, whose name was Bobby Fischer.

Called the ‘Game of the Century’, the match is still studied with awe by players, who admire not just Fischer’s dazzling skills but also his improvisation that left Byrne with no answers. At the centre of the game was a sensational queen sacrifice by Fischer – playing black — in move 17 that set the stage for the eventual denouement.

The prize of the queen comes at a heavy price-Fischer gains a rook, two bishops and a pawn, but more importantly, his pieces move in tandem towards checkmate in the 41st move.

In retrospect, analysts who studied the game said that Byrne had made some mistakes, such as moving the same piece twice (11.Bg5) and also did not castle, thus leaving his king exposed and vulnerable. On move 17, the white king had to move to f1, thus pushing it into a corner and also blocking the rook at h1, rendering it immobile till the end of the game. Fischer meanwhile found an extraordinary move which began a series of checks and discovered checks. Byrne kept on moving his king but it was clear that it was on the ropes and the end came soon, with two bishops, a knight and a rook all coordinating to force checkmate.

Though Fischer said after the game that he just made the moves he thought were good and he “was lucky”, it became clear that he was an extraordinary talent with not just excellent theoretical knowledge of the game but also the ability to think quick and think far ahead.

By 15, Fischer had become a grandmaster, the youngest ever till then and was also the youngest candidate for the World Championship. Five years later, he became the US champion.

In 1972, the 29-year-old Bobby Fischer played and won the World Championship at Reykjavik, Iceland against the defending champion Boris Spassky of the Soviet Union in a tournament that became a symbolic Cold War battle between the two super powers. The Soviets were proud of their chess prowess and the Americans had placed their faith in the maverick Fischer, who was very critical of his own country. Fischer’s eccentricities, such as his accusations against the Russians, his insistence that a live camera covering the game be removed and his last minute demands for more money were seen by the Soviets as a psychological game to unnerve Spassky.

Fischer eventually won and was hailed as one of the greatest, if not the greatest, ever players of the game. His behavior became more erratic in the coming years, as he railed against the US and moved around all over the world. But his games remain things of beauty and none is more elegant – if brutal – than the ‘Game of the Century’ that he played in New York on October 17, 1956.