Robinson has been suspended from international cricket after his tweets covering casual racism to sexism to Islamophobia, from nine years ago, started doing the rounds on social media. 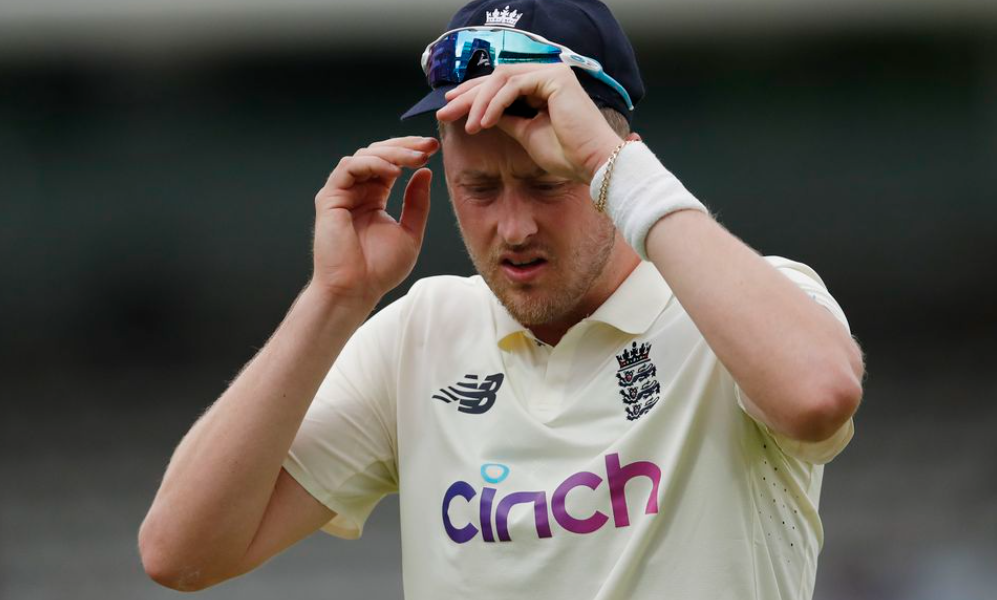 One must certainly be held accountable for the words they said, even if belatedly. But like most things in life, words too do not live on forever. It’s a slippery slope but an important philosophical exercise nonetheless to consider a person may indeed have evolved from the time they had said something inappropriate and that it is futile to hold them to an answer over those words any longer.

The England and Wales Cricket Board (ECB) might have had to grapple with some of these impending questions in the last few days dealing with the Ollie Robinson situation. The Sussex seamer made a fairly impressive England debut last week against New Zealand. Having made a significant contribution with both bat and ball, he would have been confident of retaining his place in the side for what is going to be a long summer. Instead, his career hangs in jeopardy as of now and he has reasons to wonder whether he will find another opportunity to play at the highest level.

Just hours after the end of the first day’s play on his England debut, Robinson’s extremely offensive tweets from nine years ago started doing the rounds on social media. The tweets carried every possible problematic aspect ranging from casual racism and sexism to Islamophobia. Robinson was quick to take ownership of the tweets and issue an unqualified apology. Both the tone and content of his statement were straight out of public relations playbook that organisations fall back on in handling matters of sensitive nature.

The English cricket has only recently made active attempts at creating an environment that is truly reflective of the country’s diverse ethnic composition and where people of all races and ethnicities feel integrated and represented. Only last year, at the start of the summer Tests, the Black Lives Matter movement was publicly acknowledged and the need for raising awareness on everyday racism was greatly highlighted. The legendary Michael Holding spoke his heart out in an extremely evocative monologue and former England cricketer Ebony Rainford-Brent’s words on the subject powerfully resonated across the cricketing community.

Also read: Naomi Osaka Was Right to Stand Up to the Tennis Bosses

England have had multiple Muslim cricketers of South Asian origin play for the national team in recent years. One of the top performers in their 2019 World Cup winning campaign was an immigrant of Caribbean origin. The need to educate and sensitise players on multicultural dynamics of a dressing room became even more pertinent after Azeem Rafiq made public the kind of discrimination he and other players of South Asian origin faced at Yorkshire. Ahead of the start of Robinson’s debut Test in fact, the England players stood donning T-shirts that carried messages to weed out racism, sexism and religious intolerance of the sport. The timing of the Robinson fiasco therefore could not have been worse for the players and the board. Given the growing standardisation of what is acceptable public discourse, it was impossible for the ECB to have swept the matter under the rug. They had to ensure they are at least seen as coming hard on objectionable behaviour, and hence, a suspension until a thorough investigation is conducted is a response pretty much on expected lines. As of now, Robinson has announced he’s taking a short break from all competitive cricket.

The irony however is there isn’t much to investigate here.

Robinson has already owned up the posts and the entire world has seen the contents of these tweets. The only agreement the investigating committee has to reach now is whether it is too harsh for someone to bear consequences of something they had unthinkingly posted on a private account while still in their teens. It is frankly ridiculous to expect a cricketer to have been attuned with the code of public decency while still growing through the ranks.

But even more important than Robinson’s age, it is the time that merits due consideration in evaluating this incident. Things were considerably different in 2012 than they are today. Casually sexist, racist or otherwise problematic statements passed off as non-serious jest and drew little public attention. By that trend, Robinson might as well have been much older and still cracked the same jokes fearing little about the potential consequences. In fact, a tweet by James Anderson from 2010 has since been unearthed where he lightly uses a homophobic slur.

Anderson at the time was already a seasoned international and his choice of words can hardly be put down to age. But these liberties were far more commonly taken in public by celebrities when their social media feeds were not subjected to the current levels of scrutiny. This degree of nuance is largely lost on people while debating the prospects of a person’s problematic conduct from past.

Among the cricketers in India and Pakistan on the other hand, the case for introducing gender, race and caste sensitisation programmes is an even stronger one. Senior Indian cricketers are routinely seen indulging in these indiscretions.

Be it Yuvraj Singh making casually casteist remarks, Ravindra Jadeja invoking ethnic pride on field, or Hardik Pandya and KL Rahul having had been reprimanded for speaking indecently of women on a talk show.

Former Pakistan captain Sarfaraz Ahmed has had to be penalised for using extremely insensitive racial slurs against South Africa’s Andile Phehlukwayo. Another former Pakistan captain Shoaib Malik had a few years back publicly mocked West Indies’ Darren Sammy when the latter was leading a Peshawar-based franchise suggesting Sammy didn’t look anything like an ethnic Pashtun should. The entire media laughed while Malik made this remark holding a wry smile.

Around this time last year, Sammy had revealed how he had been called racist names by his Indian teammates during his stint in the Indian Premier League. Neither the officials nor any of the active players felt morally compelled to publicly acknowledge a fellow cricketer’s ordeal. And the incident failed to generate any significant public outcry. And when the board in its official capacity fails to even address a matter as pressing as this, it’s highly unlikely for them to sense any urgency in educating players on these aspects of public life.

The ECB’s stance in dealing with Robinson therefore may seem reactionary to some and with good reason. But it is still a giant leap for a cricket board to even officially address the issue given how primitive the discourse still is in other parts of the cricketing world. Robinson in all likelihood will be let off with the investigation recommending a formal dressing down of players.

The gesture will largely be performative and unlikely to root out the deeper cultural concerns. But if it at least triggers a change in mindset where these casual transgressions no longer pass off as private affairs, it will have done its part.