Novy Kapadia, the Everlasting Voice of Football in India

More than his vast knowledge and keen insights into the sport, it was Kapadia's humility and generosity that made him the ultimate chronicler of football in India. 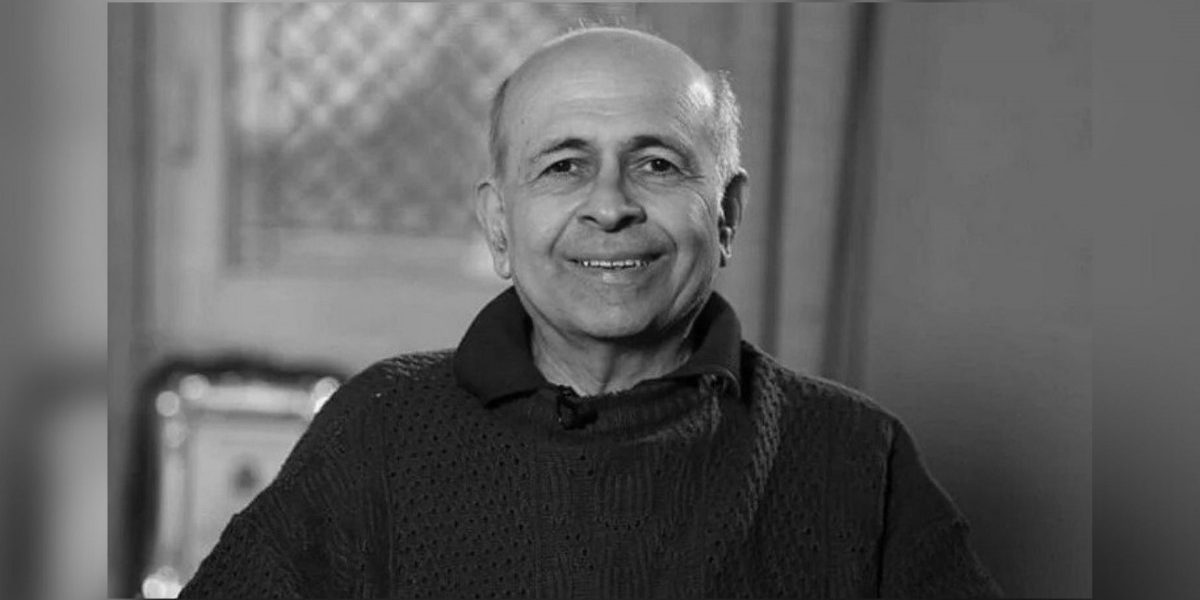 Ever-present in the many pasts of Indian football, Novy Kapadia was everywhere. On any given day, he could tell you an anecdote about a certain referee, share insights from a historical moment in Indian football in the 1970s, or his thoughts on the big game in Europe that preceding week. Kapadia would always be ready to engage with his most delicious insights. But sadly, the ultimate chronicler of football in India is not with us anymore.

After his untimely demise at the age of 68 in New Delhi on Thursday, a serious reckoning must be undertaken by anyone who has chosen to care about the sport. After all, Kapadia was synonymous with football in the country. Now that he is gone, where does Indian football go?

A professor of literature, Kapadia was adept at recounting the fictionalised truths and colourful stories that lie at the heart of the sport. His genius lay in magnifying the richness of Indian football; never would he denude the sport of its significance. In his writings and interviews, Kapadia remained convinced that Indian football had seen better times and that its history was worth remembering. But he invoked the past with admirable objectivity, maintaining a reasonable understanding of India’s place in the world of football.

Such balance became a necessary imperative in a football landscape wrought with monopolisation and administrative corruption. Popular competitions like the Durand Cup fell on hard times, historic clubs ceased to exist, with only a few observers around to remember them. Amidst the chaos of Indian football, it was Kapadia’s interventions that reminded us that things had not always been this bad and that they did not have to be.

It was Kapadia’s unique set of experiences that made fans, players and journalists seek his opinions about the past and the future directions of Indian football. He never missed the pulse of the sport; he rarely missed an important football match in the last five decades either. Sadly, now we are left with a throbbing void. Many of us will miss how his voice would slowly fill spaces.

No tribute to Novy Kapadia would be complete without understanding what made him the ‘voice of Indian football’. It was not just the fact that he could speak with balance, but also the way he uttered those words. It was as if his voice was always in tune with the moment, never a pitch too high or too low. The equanimity with which he would offer his analysis suggested a calm erudition.

It was this voice that brought international football’s delightful anecdotes and stories to Indian viewers, every four years during the men’s FIFA World Cup, starting from 1986. In the pre-internet era, Kapadia was a window into a world that seemed imperceptible. With none of the European leagues regularly available on television, those who tuned into Kapadia’s analysis on public broadcaster Doordarshan or on any sports network were fortunate enough to find the building blocks of an understanding of the sport.

It was a measure of his expertise that Kapadia’s commentary retained its colour even when information on the sport became more readily available. His restless energy made sure that no football trend passed him by. Kapadia managed this never-ending task by simplifying matters; by turning the arcane into the familiar.

Kapadia’s expertise extended to Indian sport at large. He worked as a commentator on mega-events like the Olympics and Asian Games, while also retaining a keen interest in cricket. But it was Kapadia’s generosity that made him stand out most of all. As someone who was privileged enough to spend time with him privately, I was often struck by his magnanimity towards anyone who was keen to have a word with him on matters of sport. The range of tributes that emerged on Thursday evening gave us a sense of the countless lives Kapadia had touched, not just within football. Also read: Pakistan Cricket and the Inevitable Tryst With Heartbreaks

Importantly, stories of Kapadia’s kindness are not just a natural consequence of his passing. You would hear them every now and then, even from those who had come to know him only briefly. In the countless hours I spent at the Ambedkar Stadium, Kapadia’s name was a popular ice breaker for strangers. The mere mention of his name would bring forth accounts from former players and casual fans, their recollections of him always defined by kindness.

On the days that he was around, it would not be unusual to see his students making their way to the stadium. Kapadia’s enthusiasm would ensure that they had a good time, even as he kept a sharp eye on the proceedings on the pitch.

It was humility and grace, after all, that made Kapadia stand out as a commentator as well. As the various tributes by Indian footballers show, the commentator had earned their respect by helping them better understand the game that they played. Due to his appreciation of the historical context of football, Kapadia would often venture beyond the pitch to attach context to his analysis, while still appreciating the sport on its own terms.

This double movement in his writings and commentary remained fluid, making sure that one perspective never shaded the other. Unlike cricket, Indian football is not yet saturated with ex-players as pundits. Even so, Kapadia remained a rare figure.

Over the past couple of years, we heard less and less of Kapadia’s firm voice. His health had steadily deteriorated as he experienced the severe consequences of motor neurone disease. Despite having worked at the University of Delhi as a professor and in various administrative capacities all of his professional life, Kapadia was denied his pension by the university over the past couple of years. Only an ad-hoc intervention by the Ministry of Youth Affairs and Sport earlier this year provided him with temporary relief. Now he is gone forever. But for those who care about Indian football and sport at large, Novy Kapadia is still everywhere.

Priyansh is a doctoral student at the University of Toronto, researching physical culture and Hindu nationalism. He tweets @Privaricate.