New Zealand Are An Extraordinary Test Team. Them Being ‘Nice Guys’ Is Insignificant

Sure, New Zealand are perhaps a better-behaved team than some others in the popular sense of the word. But the moment these narratives begin to cloud the actual cricketing discourse, it leads to distorted perceptions about the very nature of elite sport. 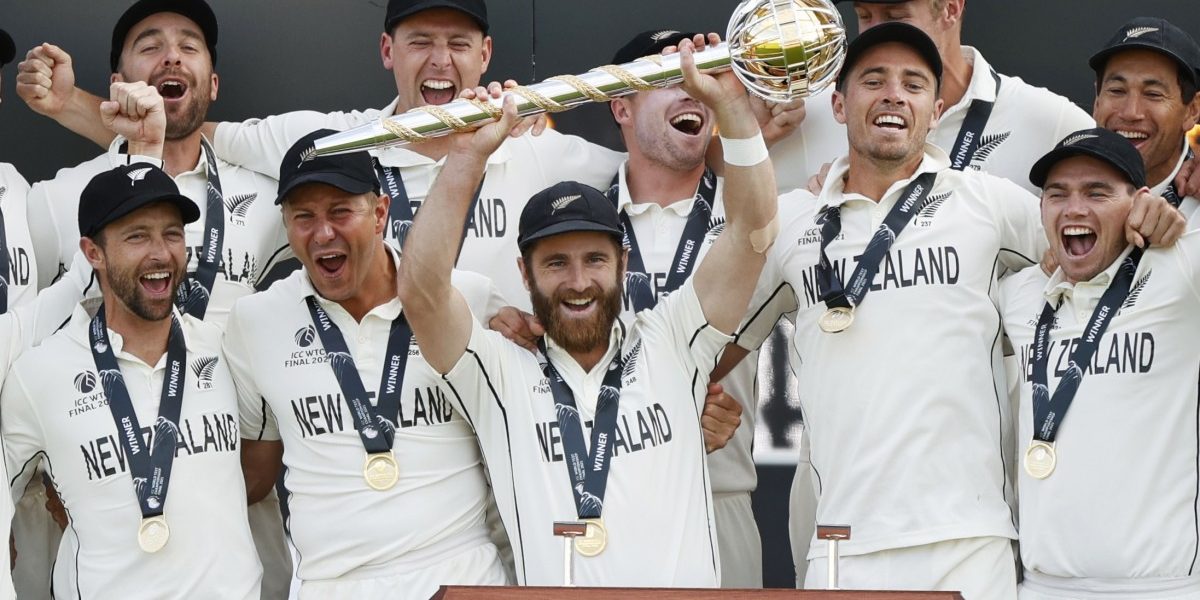 Ravichandran Ashwin is one of the greatest spinners in the history of Test cricket; perhaps the greatest ever finger spinner. Nobody in contemporary cricket can claim to have cracked the code to deal with Ashwin’s deceptive guile and subtle variations.

A section of cricket media has somewhat unfairly labelled Ashwin as someone who exploits the natural advantage on spinning pitches in Asia but falls short on truer wickets outside the subcontinent. It’s true that Ashwin’s numbers in these countries have so far not read very flatteringly. But nobody having watched him bowl on India’s overseas assignments these last couple of years can cast doubts over his pedigree in any seriousness.

Defending a meagre 138 in the fourth innings of the World Test Championship final on Wednesday, Virat Kohli brought Ashwin in as early as tenth over. The Indian seaming triumvirate hadn’t quite looked incisive in their respective first spells and the prospect of the best off-spinner in the world having a go at two left-handers was too tempting to pass.

It took Ashwin only four overs to account for both the openers. While Tom Latham got deceived into flight at one dipping onto him, Devon Conway couldn’t cover his pads against the inward drifting slider. Ashwin was putting on a show now. In captain Kane Williamson and Ross Taylor, New Zealand had their two best batsmen out in the middle. Having to bowl at two right-handers now and the two supremely accomplished ones at that meant the odds weren’t as much in favour of Ashwin anymore.

Over the next six overs, Ashwin and Mohammad Shami from the other end managed to bog down both Williamson and Taylor. Runs were practically impossible to come by and survival didn’t look the easiest either. New Zealand still needed 90-odd runs and India looked adamant at making them earn every single one of those. Ashwin now changed his line to outside off-stump and aimed to induce a false drive bringing the batsman’s outside edge into play. He wasn’t getting any significant amount of turn but the odd one still sneaked through the gate. He even got a decision in his favour when Williamson attempted an ambitious sweep off a ball too full to do that but to India’s disdain, the call got overturned on review.

Shami kept pitching it full and allowed the ball to skid with the odd one rising. Williamson got beaten on both edges more than once but never came close to getting dismissed. Eventually both the bowlers ran out of steam and ended up delivering looseners. Both the batsmen had seen off the hard part and were too good and too set to miss out when the bowlers dropped their guard. This particular mini-session of play, where two high-class bowlers kept coming at two high-class batsmen was a sight to behold. The bowlers weren’t giving in an inch but the batsmen had the perfect counter-plan.

In what became a fairly one-sided, mundane affair since, this bit of resolve and discipline displayed by New Zealand’s two most experienced batsmen eventually tilted things in their favour. But the reason this piece of action deserves to be written about as elaborately as above is this marvellous bit of cricketing excellence is hardly finding any mention with the narrative overwhelmingly focusing on how likeable and endearing the New Zealand players are.

Right from the start, this one-off final at the end of the two-year Test championship cycle was being sold in the name of the friendly rivalry India and New Zealand, and more importantly, the two captains Virat Kohli and Kane Williamson share. Unlike the hostility that’s reserved for the Australias and the Englands of the world, New Zealand is one team Indian fans have for the longest time viewed with a kinder lens. This gaze often veers into the territory that some may find uncomfortably patronising but the narrative that props up this image of New Zealand is too strongly rooted and repeated often enough by the media and commentariat.

The moment Ross Taylor hit the winning runs, the first reaction from Simon Doull behind the microphone was – ‘Sometimes, just sometimes, nice guys do finish first’. He then went on to repeat the tired and shallow attempt of selling this Test as a battle between David and Goliath as if it was a contest of unequals of some sort. Doull on most days is a refreshing exception in the cricket commentary space, which is largely a coterie of former players repeating some rhetorical tropes. And yet, in his country’s first cricketing feat of any relevance in more than twenty years, Doull allowed a likeable narrative to become the defining memory of a Test match of absolute highest quality.

According to Sports Analytics company CricViz, at the end of the first two innings of this Test, the average of potentially wicket-taking deliveries bowled was the sixth highest of all recorded Tests since 2006. And yet, on a pitch assisting seam movement and conditions allowing prodigious swing neither team registered what would qualify as a batting collapse. This reflects on an unusually high-quality contest despite very few nail-biting moments of note.

Kohli and Ajinkya Rahane’s runs in the first innings came when the team risked being folded out for a fairly cheap total. Kohli in particular was guarded in his approach, precise in his footwork, and extremely watchful with the shots he chose not to play. Williamson put on a very similar show with the bat. And unlike Kohli, he managed to do it twice. There is so much to observe and write about the innings played by two of the greatest batsmen of the modern era but instead, their post-match amicable exchange is grabbing disproportionate coverage in the media.

New Zealand’s Kyle Jamieson, who grabbed the player of the match award, is still very young into his Test career. But on the highest stage here, he bowled a dream spell in each innings accounting for India’s premier batsmen. Ever since his debut, Jamieson with his height and ability to extract steep bounce has added a crucial dimension to this bowling unit, which is now easily the best in the world when conditions suit seamers. In Trent Boult and Tim Southee, they have two of the finest exponents of swing. Neil Wagner with his relentless accuracy to bowl well-directed bouncers has time and again delivered when the pitch looks like offering nothing. New Zealand’s fifth best bowler is someone as skillful as Colin de Grandhomme. There is no breathing space here for the opposition and absolutely no easy runs.

It is precisely this greater depth in seam-bowling quality that has lent New Zealand an edge in these conditions and on occasions they have even rolled over teams. Kohli’s men themselves wouldn’t have forgotten the kind of humbling they received in New Zealand in the early days of 2020 when the world was still a normal place. However, they aren’t a team without flaws. Dealing with extra pace and bounce still remains a problem for their batting as was amply evident in their last visit to Australia. In fact, New Zealand might not have even been in the final here had Australia maintained the required over rate in their Boxing Day encounter at Melbourne last year against India.

Also read: In Shahenshah and Shah’s Cricket Sultanate, Ahmedabad is the Only Place that Really Counts Anymore

But despite these flaws, they are one terrific team and most certainly the greatest in their country’s long cricketing history. And their recent success is strictly a functional of how good they are in terms of skill and depth. A lot is made out of how they ‘decided to turn things around’ post their 2013 humiliation in Cape Town where the team got bundled out for 45. There is so much emphasis on Brendon McCullum’s fiery leadership that ‘changed the team’s mindset’ and allowed them to punch above their weight.

Such lazy psychobabble sadly has many takers both in popular media and general public despite a complete lack of scientific reasoning. McCullum’s farewell series in fact was a crushing 2-0 home defeat to Australia. The team further lost one more home series the following year to South Africa. The current team has become indomitable in a certain set of conditions owing entirely to the kind of bowling lineup they have assembled and to the prolific returns Williamson has delivered with the bat.

Sure, New Zealand are perhaps a better-behaved team than some others in the popular sense of the word. Williamson maintains a more sedate persona than someone like Kohli would who is animated in his celebration almost the point of coming across as boisterous. The contrast in their personalities therefore makes for a perfectly saleable story when their teams lock horns. But the moment these narratives begin to cloud the actual cricketing discourse, it leads to distorted perceptions about the very nature of elite sport.

New Zealand are now crowned winner of the Test championship in the currently designed format. Whether they are the best team in the world is still a matter of opinion. Perhaps the format too requires some fixes. But intellectually addressing these real sporting aspects as opposed to letting the discourse be exclusively dominated by feel-good stories of niceties won’t be the worst idea for the cricket media.