Mahendra Singh Dhoni – The Last Superstar of His Kind

An above average wicketkeeper who broke into the team for his power-hitting ability, landed captaincy and ended up winning everything that came his way. This is not an everyday story. 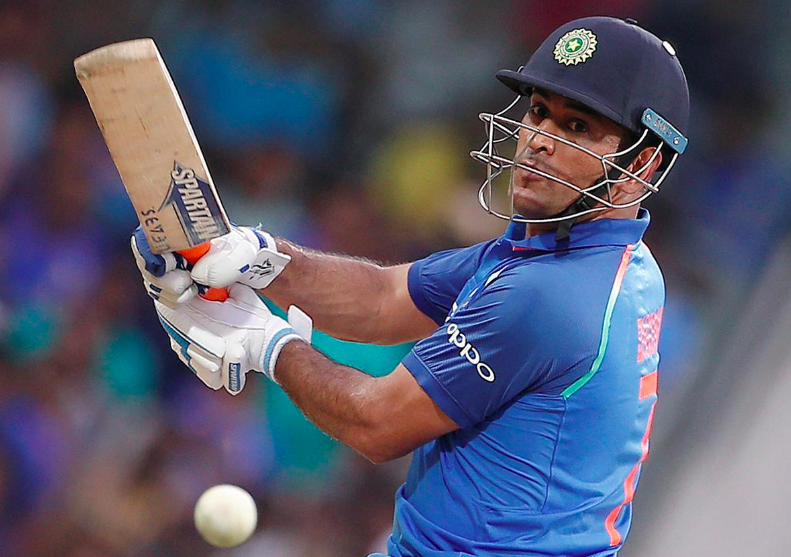 The narrative around Dhoni's captaincy has kept changing depending on the results. Photo: Reuters

After keeping everyone guessing for more than a year, Mahendra Singh Dhoni chose to call it a day.

And all he chose to come up with was a montage of stills capturing his journey in international cricket over 15 years; a quite primitively edited one at that, presumably by people close to him and not by social media professionals. The slideshow is accompanied by modest words expressing gratitude with Sahir Ludhianvi’s Main pal do pal ka shayar hoon playing in the background.

Thanks a lot for ur love and support throughout.from 1929 hrs consider me as Retired

The choice of soundtrack is a particularly interesting one since it highlights the ephemeral nature of one’s journey emphasising how inconsequential one is in the larger scheme of things – a philosophy Dhoni had embraced from the early years. Even in his intensity there always lay an element of indifference, which allowed him not to treat his cricket as a matter of life and death. It is perhaps where his highly revered fearlessness stemmed from.

But while the minimalistic nature of his farewell post perfectly describes Dhoni of the latter years, things did not really start this way. In fact, when he broke into the international scene, Dhoni rose to instant fame for his flamboyance and flair. He was almost a square peg in a round hole of Indian cricket where players only groomed and looked a certain way.

An exuberant wicketkeeper, wearing flashy gloves and twirling his long locks who could hit the ball like few before him wasn’t quite a sight Indian fans were used to. But not like they were complaining. In fact, elitist snobbery never came in the way for Dhoni finding popular acceptance for who he was.

He was anything but the perfect batsman. He had nothing to do with the Bombay school of batsmanship that put great emphasis technique. Dhoni saw the ball. Dhoni hit the ball.

And before anyone could raise any technical objections over his style, he played two swashbuckling knocks against Pakistan and Sri Lanka in the space of a year and a half putting any concern over his technique to rest.

The early years of Dhoni were entirely characterised by his breathtaking strokeplay, his uncanny ability to hit the ball long, and his neat presence behind the stumps. After yearning for it to no end, India’s prayers had finally been answered. India now had its own Adam Gilchrist. A reluctant Rahul Dravid could finally give up the gloves in white ball cricket without worrying about team balance. In Dhoni, India had discovered a gem that would help them reimagine limited overs cricket and take it to unprecedented heights. 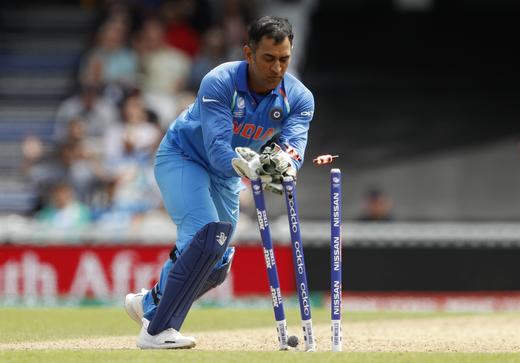 Just as Dhoni’s stock was on the rise, India’s then coach Greg Chappell did away with long time captain Sourav Ganguly. Dravid took over the reins and along with Chappell, led a metamorphosis of the white ball game in India. The team played bold combinations, mastered the art of chasing, and above all started matching the athletic standards of world cricket. Dhoni and Yuvraj Singh were two cricketers who benefitted the most out of these changes and the partnership the two formed lower down the order in those years still remains a stuff of urban legends.

Sadly, India’s disastrous campaign at the 2007 World Cup entirely clouds people’s judgement of the Dravid-Chappell era. But the two deserve massive credit in shaping up the players Dhoni and Yuvraj became and in effect, laying foundation of the team that went on to lift the World Cup in 2011 – a credit often conveniently afforded to Ganguly.

India’s win in the inaugural edition of World T20 in 2007 was almost a lottery that fell into Dhoni’s hands. He was made captain after the senior players opted out of playing a format many in India still considered a non-serious one. The world too hadn’t yet fully woken up to the money-spinning beast that T20 promised to be. The format was still in a pretty nascent form and India’s run to the title involved one happenstance too many. But the victory began carving a legend of Dhoni that would assume the form of a cult second only to Sachin Tendulkar’s.

Dhoni soon took charge of the team in both white ball formats and the highly coveted Test captaincy was not afar. It took only about a year for Dhoni to be anointed by the media as the premier alpha-male of Indian cricket. Dhoni smartly remodelled himself from this vibrant, energetic small-town boy to the dignified, senior statesman. An image of a calm and composed leader who was a deep thinker of the game was very successfully sold in no time. 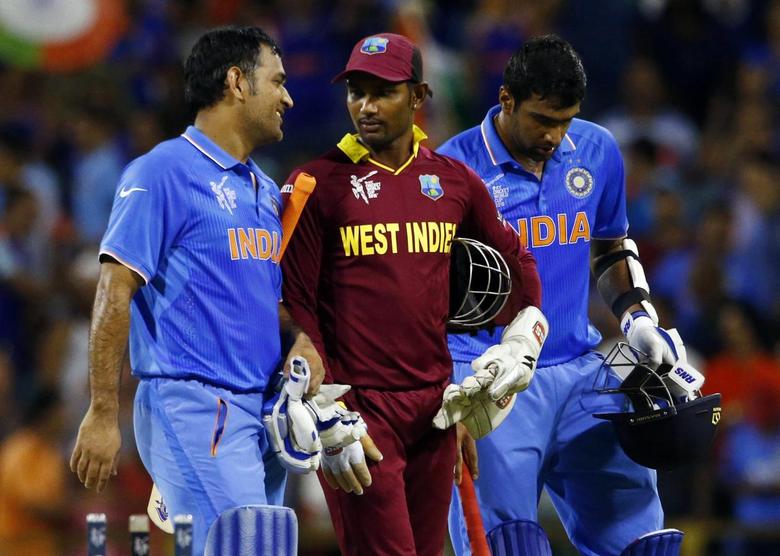 Being the wicketkeeper offered Dhoni far greater visibility on camera and his chatters with the bowlers and fielders were more accessible to the television audience thanks to stump microphone. The visuals of Dhoni delivering the powerful pep talks in a team huddle, constantly manoeuvring the fields like an alert general, and usually being in the middle at the end of a chase thanks to his batting position helped perpetuate this image of an erudite captain. The brands milked it to no end and that only lent more strength to the narrative.

Of course none of it would have lasted the test of time if not for Dhoni delivering the goods with his bat. In the period, he remained one of the most consistent batsmen and emerged as hands down the finest finisher in the world. But the currency of Dhoni’s personality reached its zenith at Wankhede Stadium in Mumbai on April 2, 2011. On arguably the biggest night of India’s cricket history, Dhoni stood up and played an innings of a lifetime chasing down a reasonably big total and allowing a whole new generation of Indians to experience the glory they had only learned to envy the Australians for. 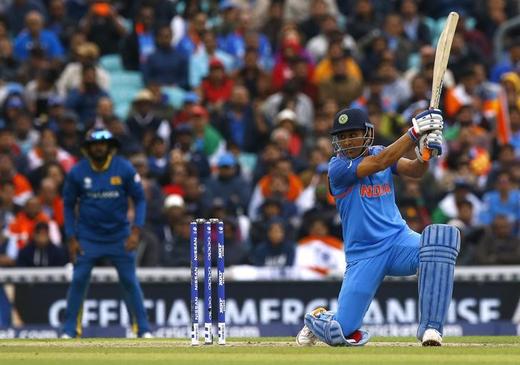 Dhoni, launching the ball into the stands, in the 2017 ICC Champions Trophy. Photo: Reuters

The image of Dhoni launching the ball into the stands to end a 28-year-long wait is forever etched into the collective memory of Indians. Dhoni became bigger than the game that day. That one innings allowed the cult of Dhoni to grow so big, he ended up playing three years too many towards the fag end of his career. The World Cup win came at a cost though. Barring the youngest of the roster, every player in the squad gave in so much into it, they were exhausted of all their reserves and were seldom the same players again.

Dhoni was a little too late in recognising this and perhaps a tad too complacent in the hangover of his greatest feat. Within eight months of the famous night at Mumbai, India were blanked in England and Australia and suffered two back to back whitewashes in Test matches away from home. This should have triggered an overhaul both in captaincy and in team personnel but Dhoni had become too big to take on, as Mohinder Amarnath, one of the selectors at the time, complained.

A couple of years later, Dhoni retired from Tests rather abruptly and on a losing note. The unpleasant memories of some of the most crushing defeats that came in his latter years have unfortunately reduced Dhoni’s Test career as an unsuccessful one in popular memory. 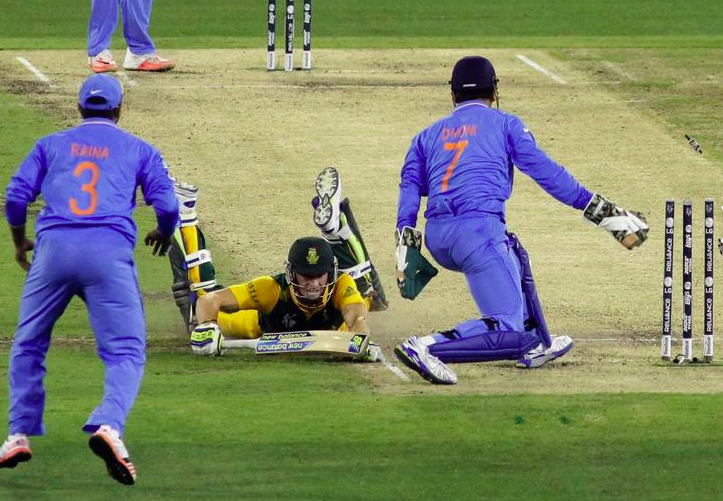 Dhoni and Raina are seen as South Africa’s David Miller attempts to avoid a run out. Photo: Reuters

The evidence points pretty much to the contrary. Under Dhoni, not only did India reach the pinnacle of Test rankings but secured away wins in New Zealand and West Indies in addition to hard-fought draws in Sri Lanka and South Africa. Even individually, Dhoni has had a reasonably good playing career averaging 38 over 90 Tests. And while he never matched Gilchrist in the longer format, he still was one of the best in his era and comfortably merits a place among the likes of Matt Prior, Mark Boucher, and B.J. Watling.

It is fascinating how the narrative around Dhoni’s captaincy – heavily loaded with rhetoric from the beginning – kept changing depending on the results. The success in ODIs was attributed to his innovative brand of leadership whereas the Test failures were lazily reduced to the lack of aggression and imagination in his captaincy. A lot will be written in favour of both the narratives in the many eulogies following his retirement but perhaps Dhoni makes a very good case for redefining the way captaincy has been perceived in popular cricket commentariat.

Also read: The M.S. Dhoni Problem and India’s Refusal to Address It

One exception Dhoni deserves heaps of praise for as a captain but seldom does is his handling of Rohit Sharma. Despite all the hype, Sharma barely produced the output that matched his reputation. For the first 100 games, his returns in the ODIs were fairly sub par. Dhoni lent more faith and transformed Sharma into an opener in 2013. Seven years later, Sharma has emerged as the second greatest ODI batsman of his generation and has produced numbers that beggar belief. 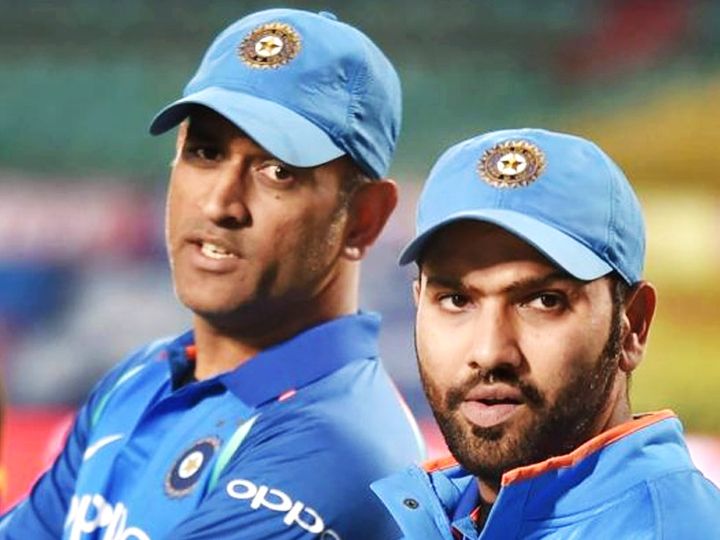 Dhoni’s cult however, can never be done justice to without factoring in his status as arguably the greatest sporting icon of Chennai despite having nothing to do with the city. As an icon player of the Chennai Super Kings, Dhoni had absolutely no business finding that kind of love in a place brimming with linguistic pride and ethnic sub-nationalism. He does not speak the language. He has no cultural connections. He isn’t one of them and yet is adulated like few have been.

It will not be an exaggeration to suggest he’s in fact attained a greater cultural fandom than many of the natives too. It is only fair he has decided to continue representing the franchise for one more season at least and that his final playing memory will be in the cherished yellow.

It hasn’t been the smoothest of rides though. No critical appraisal of Dhoni can be complete without highlighting the ambivalent stance he took in front of the committee investigating the 2013 IPL spot fixing scandal. Dhoni has completely escaped public scrutiny a player of only slightly lesser stature is unlikely to have.

Also, keeping up with the tradition set by his more iconic predecessors, Dhoni too failed to hang his boots in time and as a result, ended up stunting the progress of a natural successor. On the latter though, the Indian team management and captain Virat Kohli too deserve equal share of blame for failing to act decisively in time.

Over a year of speculation, then an announcement out of the blue.

From his last match at the 2019 World Cup, this is how the MS Dhoni retirement saga panned out. pic.twitter.com/ZJdRfwcJDL

Dhoni has long been replaced in India’s strongest XI. His retirement, despite the popular media’s deferential coverage, is not going to affect the team’s fortunes one bit.

But Dhoni’s place as a cultural phenomenon is unlikely to be filled again.

India has always smoothly transitioned from one batting superstar to the next. But Dhoni’s is an exceptional tale – an above average wicketkeeper who broke into the team primarily for his power-hitting ability, landed captaincy out of nowhere and ended up winning everything that came his way. This is not an everyday story.

Dhoni is the first superstar of his kind that India has known. And but for something remarkably outstanding, he is the last one too.