Lionel Messi Finally Has a Major International Title. Everybody Can Relax Now.

With Argentina's win at the 2021 Copa America final, Messi has ensured his legacy does not remain subject to people’s twisted interpretation of success. 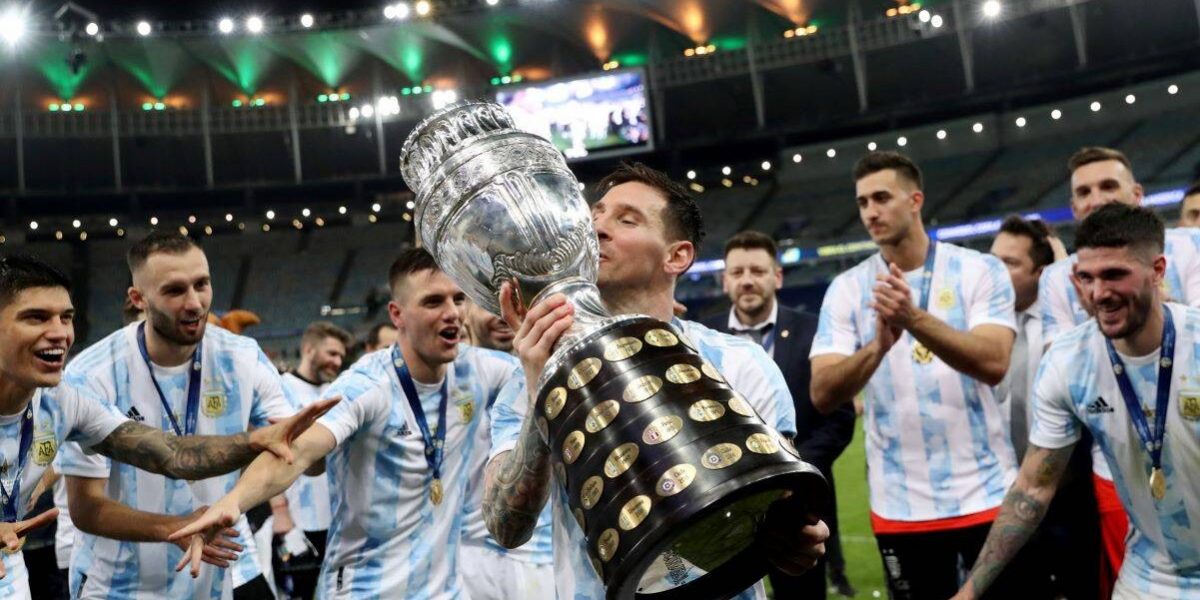 Among Test cricket purists and romantics in general, there is a growing concern over international cricket’s primacy being compromised amidst the increasing popularity of franchise-based T20 leagues globally. As a sport, cricket is yet to come to terms with the changing landscape of new markets but it will hardly be preposterous to assume the day is not far where more and more cricketers prefer a career playing T20s around the world as opposed to pledging their loyalty to the national side unconditionally.

But when the time comes and franchise cricket indeed does claim primacy, the real struggle among the traditionalists will be to afford adequate respect to the feats achieved outside the international arena. To accept that the titles won and milestones surpassed in a T20 league are of as much relevance as the World Cups won and the Ashes retained won’t be the easiest to handle. Or perhaps the T20 leagues will find a more amicable way to co-exist with the international calendar and people will be more welcoming of the change than many imagine. One way or the other, we will find out because the day isn’t too far.

Football however, one would imagine, has long settled the debate on this battle for primacy. For large parts of the active season, football is mainly played at club level and the international fixtures are spaced in occasionally. Club football has continuity, context and a reasonably stronger financial pull. International matches are sporadic and require being made room for in a very cramped up calendar. But the quadrennial tournaments still hold a special place in the popular discourse and the titles won and lost on that stage continue to cast a large shadow in defining a player’s ultimate legacy.

Until last week, Lionel Messi – most likely the greatest player ever – had been carrying this entirely avoidable burden of an incomplete legacy. Few players in the history of football can claim to have had Messi’s ability, fewer still his output, and absolutely no one his consistency and longevity. Messi has won everything coming his way for Barcelona and the statistical scale of his achievement is simply ridiculous. The one straw man that was still held against him was lack of any tangible silverware for his country Argentina.

Messi has represented Argentina in ten major international tournaments and is the country’s highest capped player with the most number of goals. With him at the forefront, Argentina reached three back-to-back finals in as many years between 2014 and 2016, including one at the World Cup, but never quite crossed the final hurdle. After their exit from the first knockout round in the 2018 World Cup, it was widely believed Messi’s best years in international football were behind him and that the proverbial final frontier shall remain unconquered.

Argentina’s win therefore in the 2021 Copa America final on Saturday was extremely special for a number of reasons. It was the country’s first major title in 28 years. It came against arch rivals Brazil in their own den. It came at the same venue where they came agonisingly close to winning the World Cup in 2014 but fell short. But more than any of it, Argentina’s win has saved history from being documented in a very disingenuous way. It has saved a legacy from undergoing a potentially cruel revisionism. Objectively, there was very little to question Messi’s career with Argentina even if he had gone on to lose another final this time. But with the win, and in the process emerging as the best player of the tournament with most goals, Messi has ensured his legacy does not remain subject to people’s twisted interpretation of success.

The conversation around Messi’s lack of success for Argentina has mainly revolved around juxtaposing his international career against that of Diego Maradona. And the problem fundamentally lies in the nature of that comparison. Maradona meant much more than football to an entire generation. His outlandish lifestyle, his politics, his indiscretions, his associations have all been the defining blocks of his legacy as much as the artistry with the ball at his feet. Messi is none of it. He has never been any of it. He cuts a fairly uninteresting person in comparison and there’s very little to write about his life off the pitch.

As a result, Messi’s success has always been harder to package as easily excitable. He has been performing at nearly the same levels since as long as most may remember and his success has most certainly started to feel repetitive and mechanical for its sheer volume. There has never been any significant dip in his output and he’s seldom been embroiled in anything majorly controversial. It is very difficult to find an arc in Messi’s life one could weave an emotionally moving story around. And legacies, sadly, are carved by effective storytelling and selective memories more than they are by actual data and numbers. 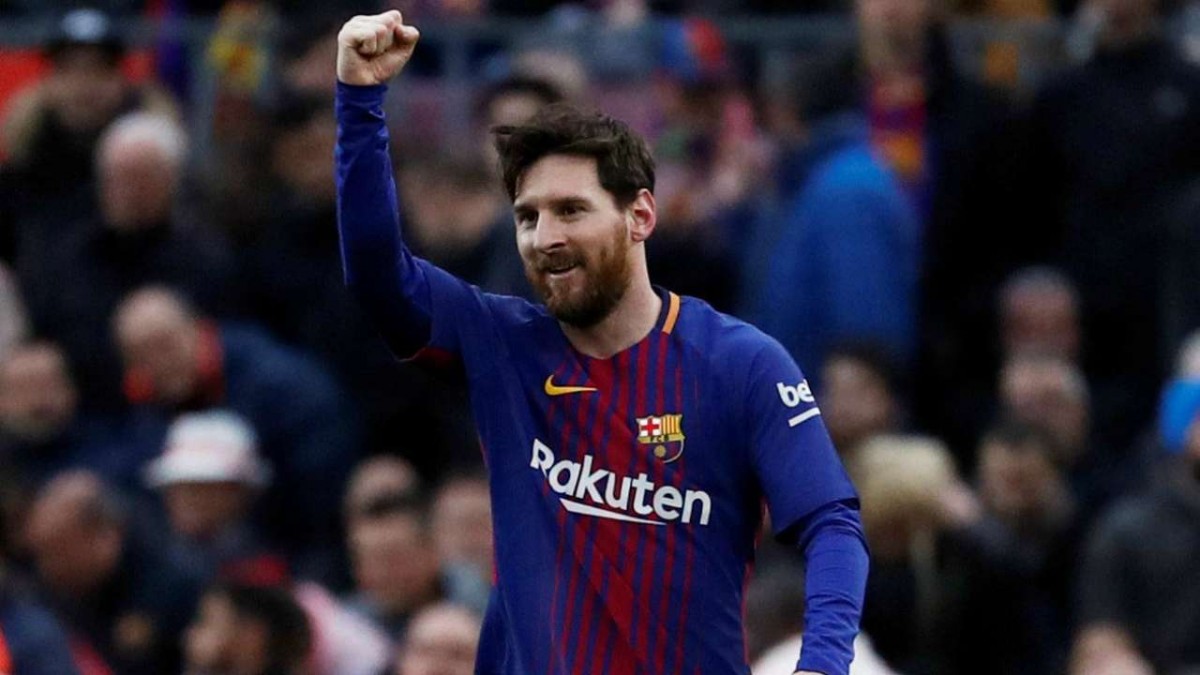 The win on Saturday, though, has allowed Messi a shot at forging a moment that’s ideal for mass consumption and to stick in people’s minds for years to come. The images of dejection and despair from the three successive final defeats were perfect fodder for this win to land and seal its place as a truly special one. An exalted and more importantly a relieved Messi sharing the moment over a video call with his wife and sons is extremely powerful imagery for those who are unlikely to follow his career trajectory outside these big moments.

Some may still argue the Copa America doesn’t quite hold the same cultural significance as the World Cup and hence Messi’s achievement still fails to match the scale of Maradona’s. The argument may have perhaps been more convincing though had Argentina’s opponent in the final been anyone but Brazil. The South American tournament is devoid of the glamour that its much better marketed European counterpart would boast of and outside the two traditional giants, it doesn’t have too many teams with any serious following among the global audience.

But thankfully in Messi’s case, it was Brazil he was up against. Brazil vs Argentina is the single most definitive footballing rivalry with an enormous cultural footprint. It is the ultimate theatre of football. The fixture’s impact transcends borders and continents. The teams have sworn loyalists in places like India and Bangladesh. The level of fandom ceases to make sense beyond a point. The final, therefore, has had a far greater reach than a regular Copa America final would have had and Messi’s triumph too shall resonate significantly more than a garden-variety continental title would.

In the 88th minute of the game, as Brazil were throwing everything to find that elusive equaliser, Messi made a run on the counter and lobbed a pass across to Rodrigo De Paul running in from the opposite flank. De Paul in turn made a clever pass across and found Messi in a position you’d expect him to score from. Messi, however, lost his footing and failed to even take a shot and instead let the ball slip into the Brazilian goalkeeper Ederson’s hands. The goal would’ve doubled Argentina’s lead and secured them the title beyond the scope of any doubt.

Also read: The Billionaire, Bollywood and the Future of Indian Soccer

The miss, however, must have momentarily brought back for Messi the excruciatingly painful memories of all those finals. Had Brazil found their goal and gone on to win the game from that point, it would have very likely been his final piece of action in the Argentina colours, and even the most ardent of his supporters would have found it tough to redeem his legacy in international football. That of course didn’t happen and Argentina managed to hold on to both their one-goal lead and their greatest player’s ultimate dream.

Messi went on to top the chart of every relevant statistical metric in this tournament. And yet, the lack of visibility of the games prior to the final means his output is unlikely to register in popular memory as one of the greatest performances in a major tournament. It won’t quite be in the same league with the Zinedine Zidane’s 1998, Ronaldo’s 2002, or Maradona’s 1986. And yet, a trophy that has long eluded him shall go a long way in correcting many of the badly founded perceptions of his career.

No objective assessment of Messi’s career shall hinge on success in a periodical month-long tournament. Players can be judged much better and under much more unforgiving standards on their season-by-season output, but the human mind isn’t naturally trained to reason. Memories and myths mostly shape our popular opinions. And if not for this one Saturday night in Maracana, the generations to come could have read an extremely misleading account of quite possibly the greatest ever footballer’s long career. For that alone – if nothing else – Messi shall sleep a slightly more relaxed man every night for the rest of his life.