Of Sexism, Negligence, and Hope – the Women of IPL

The IPL has tried to shed its sexist presentation since broadcasting rights were acquired by Star Sports. But the BCCI remains sluggish to open the field for women cricketers.

A thrilling last-ball finish on Sunday concluded the Indian Premier League (IPL) with Mumbai Indians bagging a record fourth title. For Chennai Super Kings, it was a fifth final defeat; perhaps the closest one. However, this was not the only nail-biting last ball thriller of the weekend. On Saturday, the Indian women’s T20 captain Harmanpreet Kaur-led Supernovas beat Mithali Raj’s Velocity, with the winning runs scored off the last ball in the finals of India’s first ever women’s T20 league tournament.

After a one-off exhibition match in 2018, a more structured three-team tournament followed this year. The matches were played under lights in the primetime television slot, allowing greater exposure to audience. Despite the low-key buildup and the matches mainly filling the empty slots between the men’s IPL playoffs, the tournament was well received.

But this was long overdue. Despite being the most cash-rich and powerful board in world cricket, the BCCI never quite showed urgency to extend the IPL platform to women’s cricket.

In comparison, fully functional women’s leagues with multiple teams have been running in Australia and England for four seasons now. These tournaments are a month-long affair unlike the token four games wrapped inside a week by the BCCI. The Caribbean Premier League, too, has pledged its commitment to introduce the women’s leg very soon.

Women’s games are taking all steps in the right direction to break the glass ceiling. The two ICC tournaments in the last couple of years have been a resounding success. And given the rising popularity of new age Indian superstars like Harmanpreet and Smriti Mandhana, the BCCI’s lackadaisical attitude towards opening up the field so far has been quite puzzling.

The IPL over the last decade has unquestionably been the golden goose of the BCCI. It will not be unfair to suggest that it has changed the world cricket economy to the point that it is no longer inconceivable to see the world’s top players prefer franchise cricket to full-time international duties. But at its heart, the IPL – like the Indian cricketing community at large – remains a boys’ club that sees little role for women beyond lending the product some much-needed glamour quotient.

The deep pervasive sexism of IPL

From its very inception, the IPL was conceived as a product of immense commercial value. In order to expand its reach beyond the regular cricket loyalists, it made targeted attempts at finding a new audience in women and children. The strategy involved the ‘dumbing down’ of discourse. The jargon loaded and analytics heavy studio discussions weren’t deemed fittest for a product aimed to appeal to the masses. 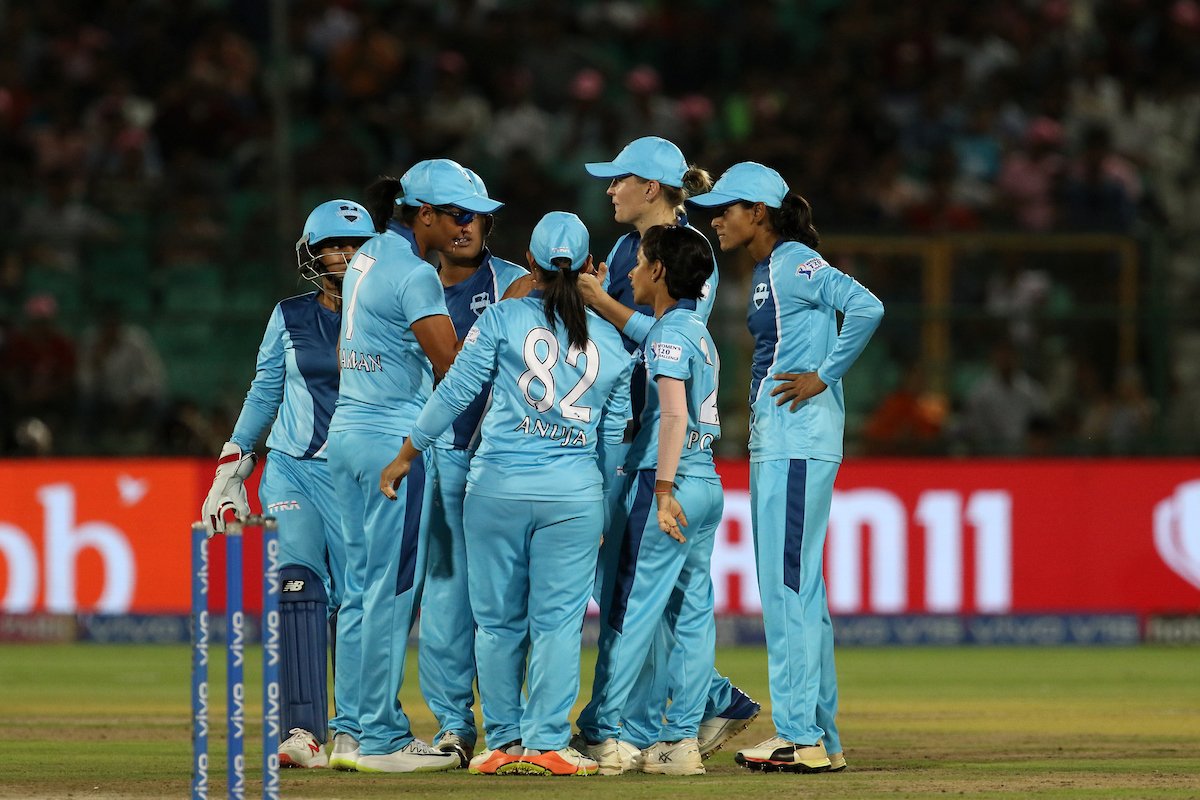 Thus, in came the disproportionately large coverage of the rich and famous franchise owners, the glamorous after parties, and of course, Bollywood. And it worked. The new markets were successfully tapped into and in no time, the IPL became the most anticipated annual cricketing event.

But, in the existing scheme of things, women were little more than props that attracted more eyeballs. Be it the scantily clad cheerleaders, the beguiling television presenters, or even a former test cricketer. Women having to deal with casually sexist remarks and inappropriate behaviour from middle-aged men has been a sight too common.

The IPL, for the first ten years, was presented and televised by Sony Network. Extra Innings, the channel’s flagship pre- and post-match show, was a platform for well-respected ex-cricketers to display their deeply problematic behaviour. Nothing illustrates this more than the antics of Danny Morrison and Rameez Raja here. And this hasn’t stopped outside the playing field.

Let us rewind the clocks to May 3, 2017, when the Kolkata Knight Riders hosted the now-defunct Rising Pune Supergiant at the iconic Eden Gardens. As the umpire K.N. Ananthapadnabhan walked out to start the proceedings, a young woman stopped him in his way. Elegantly dressed, she made a few suggestive gestures at him offering him apples from a basket placed next to her. Staying true to the script, he kept politely refusing until she picked the white ball hidden among the apples. The umpire indulged this to its very end, accepted the ball with a smile on his face, and continued walking.

The incident, which first felt like a product placement for a condom brand gone terribly wrong, did not really generate the kind of outrage that it should have in the media circles. Perhaps because it didn’t feel out of the ordinary in an environment where casual sexism has been greatly normalised over the years. Even the token representation of a few former women cricketers in the commentary panels did little to sensitise the discourse.

In fact, former England international Isa Guha was forced to sit through Rameez Raja flirtatiously reviewing her “fashion game”. Guha tried to play it down with a smile on her face. The other women anchors who worked on the show – mainly models and part-time actors – may not have a very different account to offer of their experiences.

But, the broadcast rights for the IPL changed hands in 2018. Star Sports, India’s premier sports broadcasting brand, acquired the rights and called for a brand overhaul. Extra Innings was scrapped and replaced with Dugout – a show fully run by cricket experts elucidating the finer technical aspects of the game. Star made an attempt to reverse the IPL’s brand positioning and if numbers are anything to go by, they haven’t been unsuccessful so far.

The pre and post-match shows at Star are often hosted by popular anchor Mayanti Langer and unlike the female hosts at Sony, she is afforded adequate respect as an equal without the men around her acting with a sense of entitlement. This is a very conscious attempt made by Star to change the perception of IPL from a daily prime time entertainer to a serious sporting product to be rated at par with globally popular leagues in other sports.

This positioning requires the IPL to be seen as a brand that opens the sport up across genders and with the broadcaster pushing the case for women’s game, the board is more than likely to reciprocate. Star also holds the rights for major ICC events including the Women’s World Cup and therefore an extended presence of women’s cricket on television directly benefits the network.

The success of the WBBL in Australia and the KSL in the UK should help build a stronger case for a women’s leg of the IPL to become a full-fledged annual feature. A number of Indian players have played in these two tournaments and Mandhana, in particular, has only added to her fame through these stints.

Although there has been no official word yet from the BCCI on building on this year’s success and introducing an extended IPL variant for women any time soon, the case for one is stronger than it has ever been. The talent pool is ripe and the audience interest is steadily rising.

There is a proposed mixed-gender exhibition match in store, but it is more of a branding exercise and is neither a realistic nor a sustainable idea for the long-term future of the women’s game. What it needs is for the board to take the plunge and make up for lost time. A few prominent names from Indian cricket’s famous boys’ club advocating the cause won’t hurt.