Will Having the IPL in UAE Dispel or Reignite the Spectre of Match Fixing?

With the ICC anti-corruption partnership ditched last year, the BCCI's own unit, and a partnership it has inked with Sportsradar, will be on the job this time. 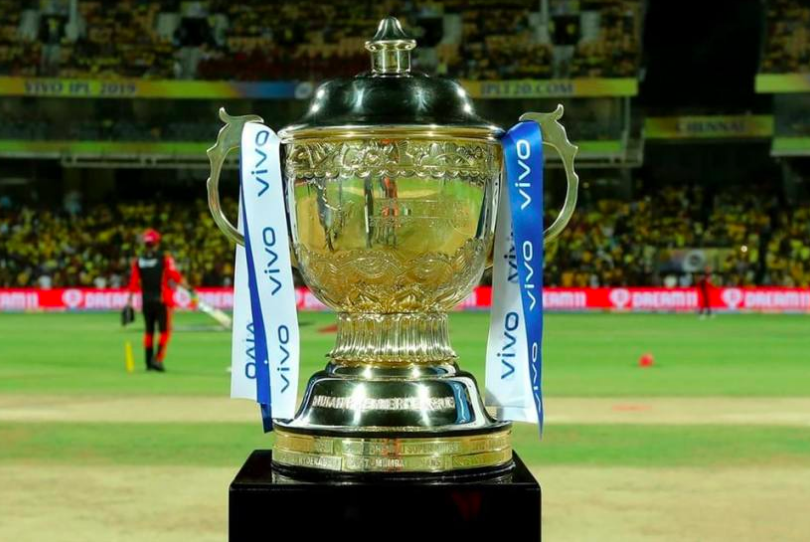 The IPL trophy with ribbons with the 'Vivo' logo.

In April 2018, Bangladesh’s star all-rounder cricketer Shakib Al Hasan was playing for the Sunrisers Hyderabad team in its Indian Premier League (IPL) match against Kings XI Punjab when Deepak Aggarwal, the Dubai-based owner of a T10 Cricket League franchise, sent a WhatsApp text to him before the game.

Amid some chit-chat about bitcoins and dollar accounts, Aggarwal asked Shakib whether a particular player was going to be playing in the game that day, a move clearly aimed at gaining insider information.

Later, the International Cricket Council (ICC) banned Shakib for two years, one of those years suspended, for not reporting such dodgy approaches in other international and private league matches also.

This is how simply and smoothly fixers and bookies operate to make it big in the IPL. When it comes to the UAE, a known epicentre for match-fixing and other corrupt practices, buying a cricketer and his soul is a cakewalk for bookies.

The Indian government used to consider the once-banned United Arab Emirates (UAE) an unholy place for cricket and was averse to its national team featuring in any events there, although this has thawed slightly in recent times.

This time around, no objections were raised when the BCCI, under former cricket captain Sourav Ganguly and secretary Jay Shah, decided to take the Indian Premier League to the UAE, which was viewed as the best venue to host the multi-million dollar event during the ongoing pandemic.

Over the last 10 months, the ICC has banned six UAE international cricketers for their involvement in match-fixing. In this month alone, the international cricketing body has punished two UAE players – Ashfaq Ahmed and Aamir Hayat – for accepting large cash and expensive gifts from fixers.

According to an ICC investigation report, Ashfaq and Hayat had UAE Dirhams 15,000 (about Rs 3,00,623) each from a known corrupter in exchange for fixing aspects of an international match.

So, when the IPL commences in the UAE from Saturday, a big question is whether the shadow of corruption and match-fixing allegations will be dispelled by once and for all.

Interestingly, the BCCI will not be availing the services of the ICC’s anti-corruption and security unit for this IPL – the partnership was dissolved last year reportedly over cost concerns.

At the time, ESPN Cricinfo reported that the board’s position “raised a few eyebrows” over what many saw as effectively putting a price tag on the fight against corruption and ensuring the integrity of the sport.

“There are nearly 80 foreign players involved from across the world along with Bollywood stars, their staff and supporters. No one is saying that there is corruption in the IPL; we are confident that there isn’t. But are they doing enough to keep it that way?” the media report noted, quoting an anonymous state cricketing association official.

Instead, this time around, the BCCI’s own anti-corruption and security unit, headed by Ajit Singh, will be on the job. As international mafia and betting syndicates reportedly have a huge presence in the UAE, it may be a tough task for the board to keep their glamorous tournament corruption-free.

Instead of hiring ICC anti-corruption investigators, the BCCI has also inked an agreement with Sportradar, a sports integrity solutions and sports data products providers, to support the board’s anti-corruption unit in monitoring and checking the integrity of matches during the IPL this season.

However, industry insiders say that the involvement of Sportradar, is a potential case of conflict interest as the entity and its parent company, Betradar, provides services to bookmakers across the world.

The chargesheet by the Delhi Police in the 2013 IPL spot-fixing case had concluded that all the accused were part of a ‘larger betting syndicate’ controlled by underworld don Dawood Ibrahim and his aid Chhota Shakeel.

As per the Indian government records, the BCCI is not a recognised national body.

However, the sports ministry informed parliament some time back  that, “Although the BCCI has not been officially recognised by the ministry, since the ICC recognises the BCCI as the apex body for the promotion of cricket in India, the Ministry of Youth Affairs & Sports provides only clearance from the sports angle for organising international cricket matches in India by BCCI and participation of the national team in international events abroad at no cost to the government subject to clearances from Ministry of Home Affairs and Ministry of External Affairs.”

But an RTI filed by one Mohan Babu Aggarwal has revealed that the BCCI had sent a letter to the sports ministry on July 16 for granting permission to organise the IPL in the UAE.

The ministry informed the applicant that permission of the ministry was not required, but BCCI might approach the Ministry of External Affairs and Ministry of Home Affairs.

The home ministry has said that it has no information about it and the MEA is the right authority. With the IPL set to start from September 19, it appears that the latter also signed off.