500 Test Matches… and a Heap of Mediocrity

A stroll through the statistics of India’s performances over history. 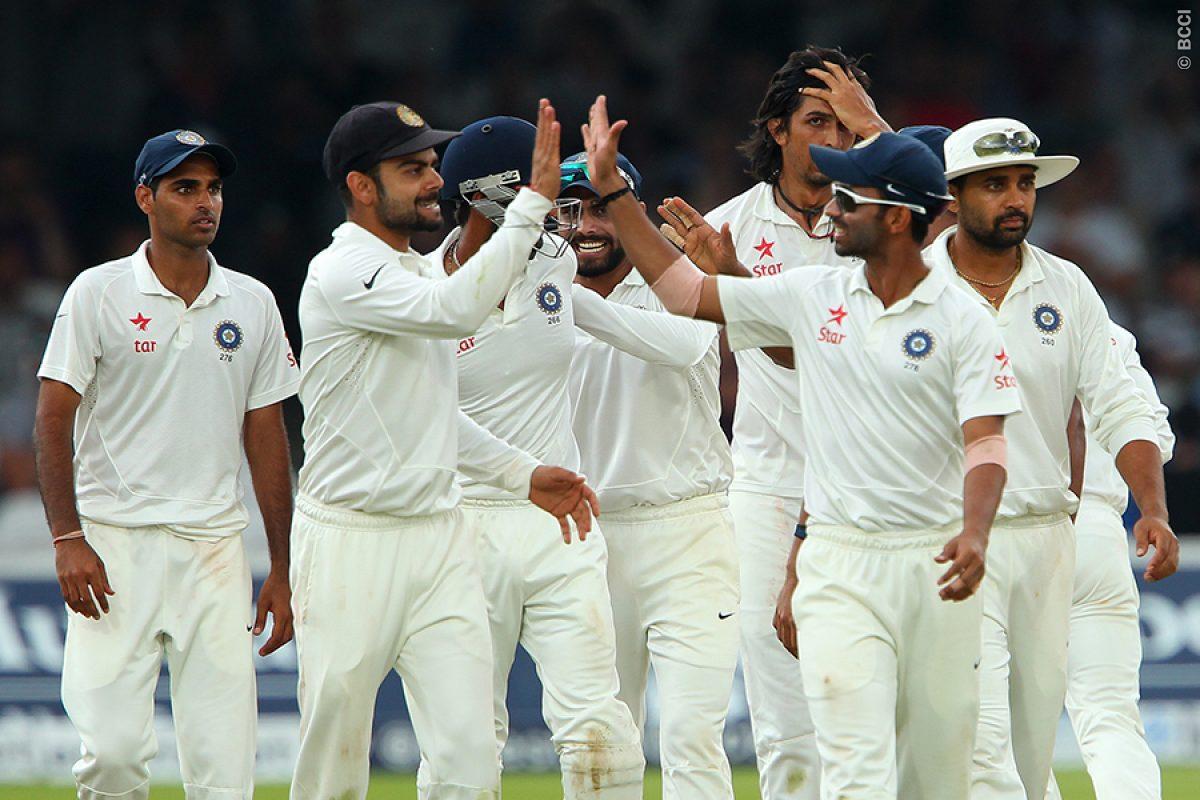 India goes into its 500th Test match tomorrow against a combative but not frightening New Zealand XI. The national expectation is that Virat Kohli and his lads will win, making it India’s 130th Test victory. A cooperative pitch is expected to play its part: it’s not called “home advantage” for nothing. In Indian cricket at least, ‘atithi devo bhavah‘ – the Upanishadic principle that says the guest is God – is blithely ignored. It’s more like ‘Ashwin devo bhavah’, in homage to India’s sharpest spin bowler.

India’s being at number one in the International Cricket Council’s Test rankings from November 2009 to August 2011 has led the younger generation of fans to be starry-eyed about their team in Tests. The team was briefly number one again in January, February and August of this year; and but for last month’s foul weather in Port of Spain – and the fouler drainage at the ground – it would still be at the top. India currently sits in second place, a point behind Pakistan, and would return to pole position if it beats New Zealand in the forthcoming series.

Recent Test performances should not blind us to the truth that India has historically been a mediocre, and often poor, Test side. It has a better head-to-head record against only four out of the nine other Test-playing countries. Two of those are Bangladesh and Zimbabwe, teams largely undeserving of their Test status. Sri Lanka and New Zealand are the other sides against which India has prevailed more often than it has lost; but of those two, the Kiwis have the worst overall win percentage – 20.68%  – of any major Test team, so they don’t provide a basis for a boast. And Sri Lanka’s total win percentage against all sides is actually better than that of India. So while India is superior head-to-head, the islanders fare better on average, against everyone else, than India does.

The point of this short piece, therefore, is an appeal for modesty. Let us not thump our chests in the modern Indian manner, but remember that for long stretches of its Test history, India has been a soft opponent. Its overall percentage of victories is a mere 25.95%, the second-worst among the major Test nations (comprising England, Australia, South Africa, West Indies, New Zealand, India, Pakistan and Sri Lanka). Only New Zealand has a poorer record. Australia has won a dazzling 47.20% (or nearly half) of its Tests and every other team has won a third, or thereabouts. India wins only one match in four.

We need a word, here, about the West Indies, and the manner in which its recent decline has inflated India’s Test record. The two have played each other in 94 Tests since 1948, of which the West Indies has won 30 and India 18 (with the rest drawn). But a whopping 11 of those Indian wins have come after 2002, the last time the West Indies won a Test series against India. Put aside the single Test India won in that 2002 series and one confronts the sobering fact that India beat the West Indies in only six of the 70 preceding Tests. One of those wins came at home against a West Indies team ruthlessly depleted by Kerry Packer, when India scraped home by three wickets at Chepauk. In other words, India’s win percentage against the pre-decline West Indies was 8.57%. (Without Sunil Gavaskar, it would have been closer to half that.)

Where the Indians are top dogs – or ‘dull dogs’, a phrase once used to describe Indian sides of old – is in the matter of draws. India has drawn a depressing 42.48% of all its Test matches, a higher rate of inconclusiveness and stalemate than any other Test side. Pakistan is second, with 39.79%, but statistics will show that the bulk of its tedious cricket was played in the years before Imran Khan became captain. (Many of those Pakistani draws came, in fact, against India.)

The high percentage of drawn games does, it is true, depress India’s losses to 31.56% of all its Tests played. Only Australia (26.39%), Pakistan (27.95%) and England (29.02%) have a smaller percentage of defeats overall. India’s draw numbers tell an important psychological story, which is that the avoidance of defeat – rather than the pursuit of victory – was the main aim of previous generations of Indian Test captains, who invariably believed that their men lacked the technical ability to win against the ‘older’ teams, especially overseas.

This defensiveness reigned at least until Kapil Dev came along as skipper of the Test side in the mid-1980s. Even so, India’s record away from home shows that loss-avoidance was not often a successful approach: of its 251 Tests played outside India, India has lost 106, or 42.23%. And just as its losses soar abroad, India’s win-percentage dips when playing away to a paltry 16.73%.

So there we have it. India hasn’t been a world-beater in Test cricket. The modern successes are most cheering, and indicate a new physical and mental toughness, skill, versatility, open-mindedness and audacity. India has, however, yet to win a Test series in Australia and South Africa. It has only ever won a single series in Pakistan. It hasn’t won a series in England since 2007. It has lost more Tests in New Zealand and Sri Lanka than it has won. The only place where it can be said to win abroad reliably is the West Indies, which is currently at its lowest ebb, and hasn’t beaten India since May 2002.