India emerged victorious against Singapore with a 21-19 score. This was only the third time the team played an international match after having been formed a year ago.

The Indian women's 15s rugby side after its victory against Singapore on June 22. Photo: Twitter/@RugbyIndia

New Delhi: Riding on the shoulders of a team formed barely a year ago, India, with its 15-member women’s rugby team, registered its first international victory.

In a hotly-contested match versus higher-ranked Singapore in the Asia Women’s Division 1 Rugby XVs Championship fixture at Manila on June 22, India emerged victorious with a 21-19 score, thanks to a sublime final penalty converted by the team’s 19-year-old scrum-half Sumitra Nayak.

Amidst scenes of tears and joy that followed, the fact that this was only the Indian women’s third international match was not lost on anyone. ESPN reported that the Indian coach, South African rugby legend Naas Botha, asked the support staff after the 80th minute whistle if it was indeed “our first ever victory.” In the minutes that followed, Botha’s question was answered by the sheer weight of emotions displayed on the field.

A video of a member of the staff congratulating (and consoling) a player who had dissolved into happy tears has now gone viral.

The power of rugby! This is worth seeing again @rugbyindia women have recorded their first 15s victory at international level @brettgosper @rahulbose1 pic.twitter.com/Amw70O7oVk

India’s victory comes after a narrow defeat of 32-27 in the hands of the Philippines last week. The Asia Women’s tournament acts as one of the qualifying rounds for the 2021 Women’s Rugby World Cup in 2021, reported Asiaville.

The win ensures a bronze for India. China won gold with an incredible 68-0 victory over hosts Philippines in what could only be called a one-sided final. 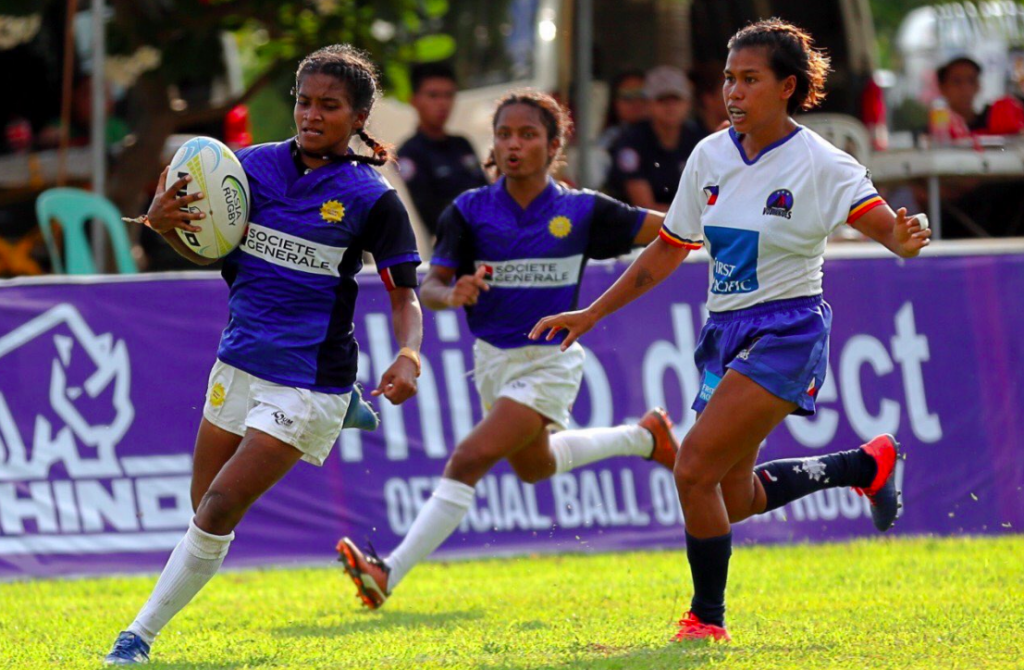 A moment from India’s first match of the tournament against hosts, the Philippines. Photo: Twitter/@RugbyIndia

A mark of how far the Indian team has come is the fact that it had lost 30-5 to the same Singapore side in their first international match just a year ago.

The PTI match report noted Bihar player Sweety Kumari’s fine form in the tournament. Kumari, who did not even know that the sport existed five years ago, scored two first-half tries to set the team on its way to victory.

Also read: Like the IPL, Indian Sports Journalism Is a Boys’ Club With a Sexism Problem

India captain, Pune’s Vahbiz Bharucha, then opted for a penalty which was successfully converted by Odisha’s Nayak before Annabel Woo Xui Ni scored her second try of the match to give Singapore the lead for the first time.

Bharucha was quoted by ESPN as having noted the dramatic reversal of India’s fortunes in the last 15 minutes. “We’d suddenly flipped a match we were losing by a point to one that we were now winning by two. Emotions were at the surface,” she said. 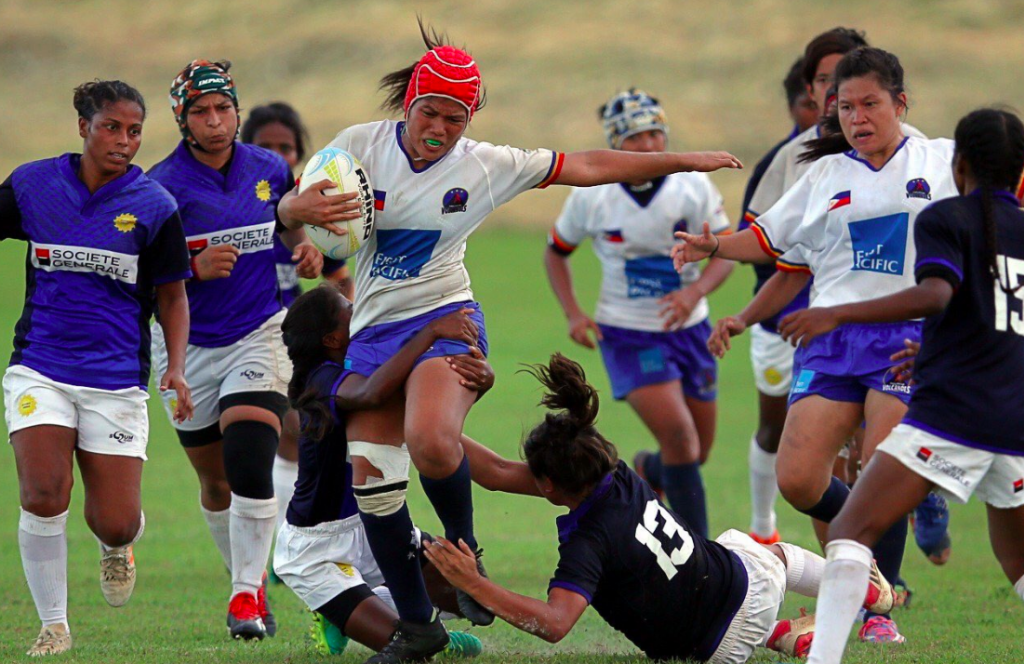 With a loss against Philippines and a win against Singapore, India now win a bronze in the tournament. Photo: Twitter/@RugbyIndia

Singapore hit back with two tries of its own, but a third from India left the scores at 15-12. However, with another penalty, Nayak confidently stepped up to kick her second successful effort of the day – which proved decisive in the win.

Nayak, who was profiled by Sportstar last year, is at once an inspiration to future players and an example of the odds a sportswoman in India has to conquer to even take to the field. Battling abject poverty and an abusive father, Nayak ran away with her mother and siblings to Bhubaneswar when she was only four years old. Nayak hails, incidentally, from Jajpur, the district that doubles as the birthplace of ace sprinter Dutee Chand.

Indeed, seven of the 15-player team are from Odisha. Reports have highlighted how rugby has gone a long way in reducing a range of of gender and economic inequalities in the state.

.@RugbyIndia women won their first-ever test match and a bronze medal in the Asian C’ship, thanks to 2 penalty convertions by Odisha player Sumitra Nayak against Singapore. Proud of you Sumitra ! @asiarugby