Among the four defending champions in the last five editions who have faltered at the first hurdle after winning the World Cup, Italy was the only one whose embarrassing defeat was explicitly linked to structural inefficiencies. 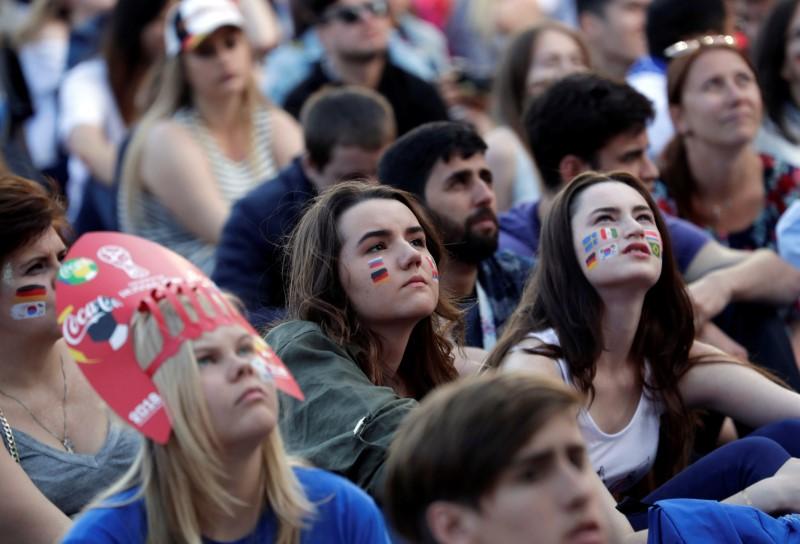 Moscow: Since November last year, two certainties of the World Cup have turned into a cloud of dust. All these years, in the days leading up to football’s grandest celebration, you were always told to pay heed to Italy and Germany. No matter how weak they were perceived to be, nobody ever wrote either of those teams off.

But the veneer of infallibility is wearing off. First Italy and then Germany – both have been forced to face reality in harsh ways. Italy had qualified for every World Cup since 1958 until it failed to make it to Russia. Germany had not left the World Cup in the first round since 1938, until Thursday. There is a time for everything.

The pre-tournament talk of crisis in the German camp was merely supposed to be an ode to a biennial tradition. Every time a major tournament swings by, imagined problems seem to acquire a life of their own around Germany. It is a defence mechanism that has served the team well as it ensures players do not acquire a false sense of security.

But it is a trope that no longer feels new. Everyone is aware of it, and the pre-tournament chatter coming out of the German camp is taken with a pinch of salt. But now that the crisis has actually arrived, will post-facto analysis illuminate our understanding of this shock result?

Perhaps the Germans were not underplaying their chances. But we cannot discount the exceptional nature of this failure. Since the 2006 tournament at home, Germany has reached at least the semifinals of every World Cup or European Championship. Never before has German football had it so good.

Further, despite fears that youth development is not attaining desired levels of achievement, it is useful to remember that Germany won the Confederations Cup last summer with a largely second-string side full of the best young talent in Germany. The success in Russia 12 months ago only embellished the credentials of Die Mannschaft, with coach Joachim Löw’s ability to refresh the team despite having spent over a decade in this job lauded widely.

Yet all the hard work crumbled in the space of 10 days. Even though there might be a desire to seek deeper fissures in the German football ecosystem to explain this failure, it is a shock more like the one Spain suffered four years ago in Brazil. It was a hard fall but it did not leave a mangled body. France’s group stage exit in 2002 is another case in point.

Among the four defending champions in the last five editions who have faltered at the first hurdle after winning the World Cup, Italy was the only one whose embarrassing defeat was explicitly linked to structural inefficiencies. After assuming the title of world champions in 2006, the Azzuri failed to move past the group stage in the following two tournaments before suffering the ignominy of missing out entirely.

Germany’s problems lie in the immediate. A lethargic squad was weakened by the fitness issues of its key players. Goalkeeper Manuel Neuer and defender Jérôme Boateng never looked like regaining their sharpness while Sami Khedira and Mats Hummels remained in favour even though they are not the players they were four years ago.

The exclusion of in-form Leroy Sane from the squad was explained away by his apparent unsuitability for the tactics employed by Löw. But he is the kind of individual talent undermined by the insistence on structure in Löw’s setup. In a squad built to play modern, quick-passing football with an ever-changing, ever-shifting spatial understanding, never did an individual arise in the mould of Lionel Messi, Cristiano Ronaldo or Neymar. This was not necessarily a weakness but when Germany lost its tactical discipline, star individuals were required to carry the team. Toni Kroos proved to be the one against Sweden but nobody put his hand up against South Korea on Wednesday.

However, this collapse is not like 2004, when successive group stage exits from the European championship forced an overhaul in German football whose fruits are still ripe. But the hand-wringing and teeth-gnashing could lead to another set of problems that are already making their presence felt within the country’s football circles.

Last month, a picture of Mesut Özil and İlkay Gündoğan, two key members of the German squad, with Turkish President Recep Tayyip Erdoğan gave rise to a public feeling of disapproval in light of the testy relationship between the two countries. What made matters worse was that the players in question presented their club shirts to Erdoğan, with Gündoğan’s gift carrying the message, “To my president, with my respects.”

The photo caused much consternation in Germany, with members of the far-right party Alternative für Deutschland (AfD) offering public criticism. “These footballers are refusing to publicly sing the national anthem of Germany with the rest of the team. If you think that Erdogan is your president, then maybe you should play for Turkey?” AfD leader Albert Breininger suggested in May.

The mistrust persists. After Germany lost the opening game to Mexico here on July 17, more criticism came the way of Özil and Gündoğan, with one AfD member calling for their removal in favour of “more motivated players” as the two “are unable to do their best while playing for a country that is foreign to them.”

After AfD’s breakthrough performance in last year’s federal elections, which made the party the third-largest force in the Bundestag, it enjoys increasing influence in public life. The early exit from the World Cup will present another opportunity to set the political agenda – especially for those within, and even those outside, the party who fear that the football team is not “German enough.” Despite its internal tussles, the AfD continues to be a reliable political residence for the hyper-nationalist and the Christian cultural supremacist. A team possessing the likes of Özil, Gündoğan (both of Turkish origin), Boateng (half-Ghanaian) and Khedira (half-Tunisian) is a prime target for those motivated by AfD’s politico-cultural mission.

Even as Germany readies itself to investigate what went wrong, it must seek to preserve the overriding legacy of the overhaul started in 2004: the multicultural identity of its football team. Moreover, there is little to suggest that German football will come off the rails following this accident. An alarm must be raised – but hysteria has the potential to damage the many achievements of the past decade and half.

The shock, however, will register deeply. The German journalist Ulrich Hesse spoke to The Guardian for an interview before the World Cup, where he said: “We (11 Freunde, the magazine Hesse edits) have public screenings in various locations. Every World Cup we work hard to set this up and somebody says: ‘Hey, what if we go out in the group stage? It will be a drama.’ Everybody then looks at each other. We think about Germany going out early in the World Cup and we kind of laugh and say: ‘No, that won’t happen. We’re going to have a pretty good World Cup again.’”

Well, the old power structure has been given a good old shake.