The cricketers have from time to time demonstrated behaviour that makes a case for an urgent crash course on race, gender and caste sensitisation.

In a startling revelation, former West Indies cricket captain Darren Sammy recently expressed his deep disappointment at having been subjected to racial slurs during his time at the Indian Premier League franchise SunRisers Hyderabad. In an emotionally articulated Instagram post, Sammy talked about only recently discovering the racial connotation of a label he thought his teammates affectionately called him by.

While Sammy sought a personal clarification from the said teammates rather than revealing their names in a public post, the internet conjecture hints at a current leading Indian fast bowler and a former legendary test batsman as the possible names he could have been referring to. An old Instagram post by the fast bowler from the corresponding time has come into light where the problematic racial slur has been used to identify Sammy. Another old tweet addressed to the celebrated test batsman has been doing rounds in which Sammy refers to himself with the same slur, unaware of its racial nature, raising speculation that the batsman in question may have used the label rather leniently. Neither player has offered any public clarification so far.

The IPL governing body or even the franchise Sammy was playing for at the time has not drafted even a token response addressing the matter. And all leading Indian cricketers – past and present – have, to very little surprise, maintained complete silence.

But a couple of days after the controversy made the headlines, Sammy posted another tweet saying he has had a private conversation with one of the players on the matter. The said player has apparently assured Sammy that no racial malice was intended and that the label was used in good fun. Sammy also added he is convinced with this line of explanation.

This particular argument, however, is often how Indians tend to explain away the inherently racist and casteist vocabulary that has made its way to the society’s common parlance. One might recall the recent social media interaction between cricketers Rohit Sharma and Yuvraj Singh, where the latter addressed a teammate with a deeply problematic casteist slur. When called out, Yuvraj issued a classic PR speak in the name of an apology saying he was ‘misunderstood’ while having a private conversation with friends. 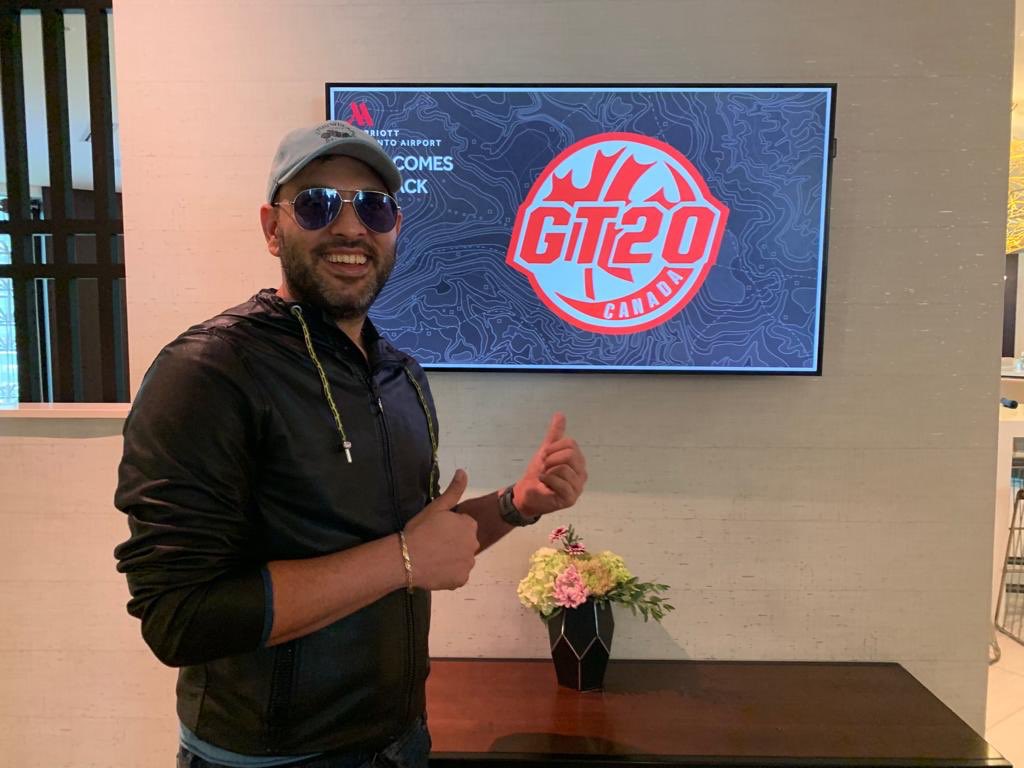 It is a widely accepted notion that things said within private confines between friends somehow should not qualify as objectionable; Donald Trump’s ‘locker-room talk’ defence for his indiscretions back in 2016 was on similar grounds.

Indian cricketers, in particular, have from time to time demonstrated behaviour that makes a case for an urgent crash course on race, gender and caste sensitisation. In 2019, Hardik Pandya and KL Rahul spoke extremely inappropriately of women on a television show and the board was forced to issue a reprimand following strong reactions on social media. But other than this one isolated incident, players rarely face even media scrutiny for their conduct.

It is fairly common for the current lot of Indian cricketers to invoke caste pride. Star opening batsman Shikhar Dhawan is fondly called ‘Jatt Ji’ by many of his teammates. All-rounder Ravindra Jadeja is routinely seen making a pompous celebration of his Rajput identity, both on and off the field. The players may not find any of it even remotely offensive and for no fault of theirs. It is unfair to expect professional athletes to be well versed in socially sensitive issues. But the media’s amplification of these gestures through their celebratory coverage and the board’s blatant refusal to institute formal dressing down of players is quite troubling, given the frequency with which these issues keep surfacing.

Racism in Indian cricket, much like Indian society, has its roots in colourism. The most interesting part of Sammy’s revelation was that along with him, the racist slur was also directed at Sri Lankan all-rounder Thisara Perera. This highlights that the derision among Indians for darker skin complexion is actually race independent. In fact, according to former all-rounder Irfan Pathan, many cricketers from down south have faced this discrimination from both players and fans up north.

In 2017, Tamil Nadu batsman Abhinav Mukund, who has also won a handful of India caps, had very articulately expressed his chagrin at having faced comments on his skin colour. Since Mukund’s post was mainly directed at nameless ‘people’ and faceless social media trolls, it instantly garnered solidarity from many an Indian cricketer, including captain Virat Kohli. Sammy’s ordeal unfortunately has failed to generate the same empathy since it involves possibly high-profile Indian players.

A host of Indian cricketers recently expressed their dismay at the tragic death of a female elephant in Kerala. Many make themselves readily available to the media at ‘giving back’ to a Pakistani cricketer having made outlandish political remarks. Such low-risk, performative activism has many takers in India. But addressing the societal rot of casual racism is a bridge too far for most and cricket thus remains plagued by it.

Indian cricket though had a golden opportunity it missed at drawing a line in the sand in dealing with racism a little more than a decade ago. On the 2007-08 tour of Australia, off-spinner spinner Harbhajan Singh was accused of having thrown racial expletives at Australian all-rounder Andrew Symonds. When Harbhajan was sentenced with a suspension, the Indian team, rather than expressing remorse, went on the offensive and threatened to walk out of the tour. Even the mighty Sachin Tendulkar – arguably the most revered Indian ever – remained carefully ambivalent on the matter during the official hearing. The sentence was subsequently reduced on appeal and the ban was overturned. It is interesting to note, the current Indian fast bowler believed to be the one Sammy was referring to in his post, was only 19 at the time of this incident and on his first major tour. He saw the series of events unfold in front of his eyes. Had an example been made out of a popular, senior cricketer like Harbhajan, he may have learned a very different lesson at a young age. Instead, he saw how wielding institutional power worked your way out of trouble while your country’s media played the jingoism card.

To this day, this episode – infamously called Monkeygate – is often recounted in the Indian media and narrated as a tragic tale of Indian victimhood. An entire generation of impressionable youngsters, who mostly constitute the Indian team today, was never adequately told about the magnitude of offence caused by a player they held in high regard. And to no surprise, the same set of players today are finding little cause to outrage over a black cricketer’s tormenting experience in India.