FIFA World Cup: Croatia Team Represents the Rot in Its Society as Much as Football Excellence

If Croatia wins the World Cup, this pungent reality will probably dig its heels in further, and it might just be the national team’s long-term legacy. 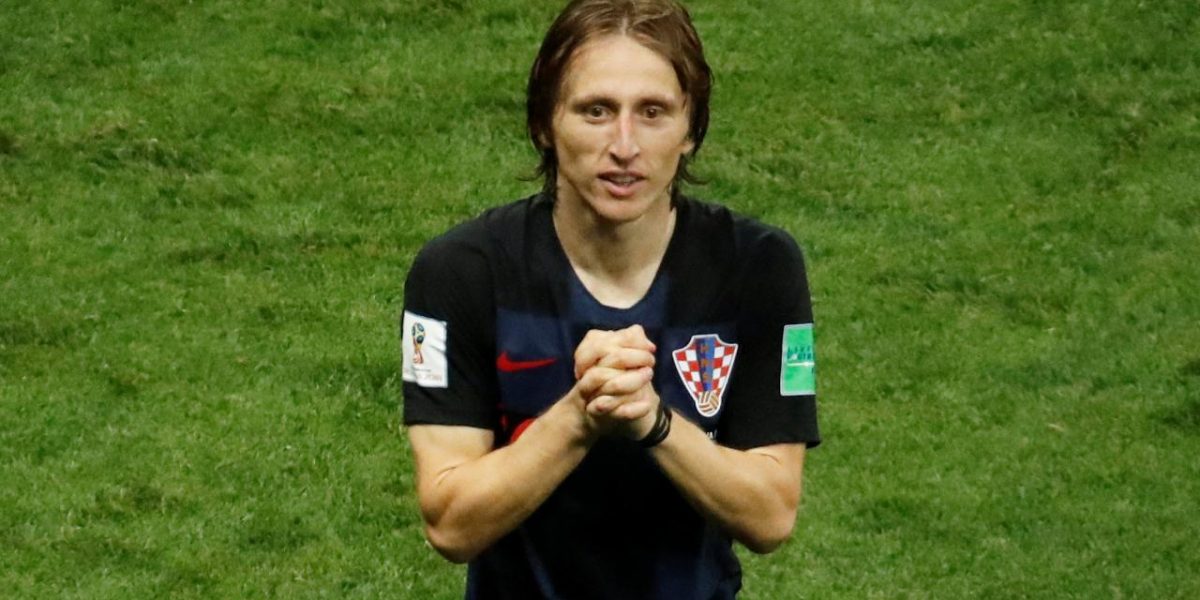 This article is part of a series from Russia that analyses the sociopolitical issues surrounding the World Cup. With a combination of perspectives and reporting from the ground, overlooked and underplayed themes in football will be carried to the surface on The Wire.

Moscow: “We still talk about that game.” Coach Zlatko Dalić spoke for a lot of Croatians on Wednesday after confirming his country’s spot in the final against France here. Twenty years ago, Dalic was away training with his club but his mind was fixed on the proceedings in a suburb of Paris, Saint-Denis.

Just seven years after formal independence, Croatia had stunned the world by reaching its first-ever World Cup semifinal. The shock only grew in magnitude when the Vatreni took the lead against France in the last-four clash. The host, led by current manager Didier Deschamps, did recover eventually to script its own history but the Croatian upsurge would not be forgotten.

Now, as the two countries meet again in a contest of even greater significance, it is time for upending of past narratives even as new designs appear. For Croatia, football is an ever-present palimpsest. As the country’s first president, Franjo Tuđman, said, “Football victories shape a nation’s identity as much as wars do.” His oft-quoted words carried a more hopeful resonance when the Croatian War of Independence was fresh in public memory. Two decades on, the questions of football are still politically vexed but less sanguine.

The shadow of Croatian politics has been acutely felt while the national team has broken new ground in Russia. Earlier this year, skipper Luka Modrić was charged with perjury for his role in protecting Zdravko Mamić, arguably the most influential figure in the country’s football circles. Defender Dejan Lovren has been accused of the same. The dark clouds appeared in full view when, 10 days before Croatia started its World Cup campaign, Mamić was handed a six-and-half year prison sentence for illegally profiting from players’ transfers.

If the case was not complicated enough, Mamić’s close relationship with the Croatian president Kolinda Grabar-Kitarović muddied the waters. The football administrator funded Grabar-Kitarović’s campaign for the 2015 presidential elections, and their public association continued following her victory. To her chagrin, the president later learnt that their private meetings were not secret as the investigation into Mamić’s corruption had put him under state surveillance.

Grabar-Kitarovic has had a better time in Russia, attending Croatia’s games in the team’s chequered red and white jersey. She is keen to make the most of this opportunity. After Croatia edged past Russia on penalties in the quarterfinals, the president turned up in the dressing room to celebrate with the players.

The celebrations, however, got out of hand as defender Domagoj Vida and assistant coach Ognjen Vukojević shot an Instagram video with chants of “Glory to Ukraine!” That obviously did not go down very well in Russia. Croatia moved in haste to sack Vukojević but Vida escaped censure. This was not the first time, though, that a chant had landed Croatia in trouble at this World Cup.

After their group stage win over Argentina in Nizhny Novgorod, Croat footballers were the subject of public disapproval for bellowing a song with the words “Za dom – spremni ” (“ready for home”). The phrase carries an indelible association with the fascist Ustaše movement, which had shared close links with the Nazis. It was banned in erstwhile Yugoslavia but the salute has experienced a slow resurgence since Croatia’s independence. It is not uncommon to hear the phrase at the national team’s football matches now.

The salute’s renewed popularity owes much to the rise of right-wing forces in Croatian society, but the use of fascist symbols in public life is not new. As historian Florian Bieber wrote a few years ago, it was the Tuđman regime that “began the ambiguous use of fascist symbols and references that brought it to the mainstream.”

But the motivations behind their usage can’t be painted with the same brush. The reappearance of such symbols is a result of changes in 21st century Croatian society. In 1998, with Croatia still taking baby steps as a nation, there was much optimism for the country’s future. The exploits of the football team at that summer’s World Cup were symptomatic of the bounteous hope and the achievement only fed the feel-good factor.

But in the two decades since, much of that goodwill has been spent as economic and political concerns have become more apparent. The national football team’s success is now seen by many commentators as a distraction from the problems that beset life in Croatia. Citizens who feel neglected by the state have used chants and symbols of the Ustaše to attract attention, even though it remains a misguided endeavour.

The upsurge of extreme right voices and symbols in public life has a resonance with football, too. The Croatian national side’s popularity has often been used to play the politics of patriotism. Grabar-Kitarović’s public association with the World Cup squad is a function of this impulse. But this agenda also seeks to paint critical voices as unpatriotic.

Croatian football’s overt link with right-wing politics, however, has caused plenty of problems for the national team over the last decade or so. From a point deduction for the ‘human swastika’ in Livorno to a stadium ban for violence in the stands of Milan, to the 10-game suspension for Josip Šimunić after he chanted “Za dom – spremni” in Zagreb following Croatia’s qualification to the 2014 World Cup – politics has exacted a heavy cost on the football pitch.

These incidents, along with the scandals of privatised interests in Croatian football, are not forgotten. In fact, they still feed resentment and the historic success of the national side has not swept away polarising opinions. Interestingly, this World Cup has seen the coming together of fans who proactively despise the Vatreni and its icons and those who swear by them. The team itself reflects the ills of Croatian football as it is full of Mamić loyalists and also a player, Andrej Kramarić, whose career somehow survived the machinations of the convicted administrator.

As Croatia prepares to play France in an era-defining World Cup match again, the political tussle will be shaded into the background for once. But if Zlatko Dalić and his players lift the hallowed trophy at the Luzhniki Stadium here on Sunday, they will not just shake up the world of football. Croatian politics and society will feel its aftershocks as well.

Just like 20 years ago, Croatia’s run to the final has already given an impetus to a nationalist drive in public discourse. There might be temptations to say that not much has changed in this time. Croatia, after all, is still an underdog and that is why its success is being celebrated with gusto.

But the frames through which the national team is seen have undergone a sea change. Now, the Croatian side represents the rot in its society as much as it stands for football excellence. The former thrives in the company of the latter. If Croatia wins the World Cup, this pungent reality will probably dig its heels further. And that might just be the national team’s long-term legacy.