Chart | So Much for a Boycott: Almost 3 Million Tickets Sold for World Cup in Qatar

This year’s FIFA World Cup has been overshadowed by questions of human rights abuses but the tournament is selling out at a similar rate to those of the past two decades.

The tournament's official logo for the 2022 Qatar World Cup is seen on the wall of an amphitheater, in Doha, Qatar, September 3, 2019. Photo: Reuters/Naseem Zeitoun

The first ever FIFA World Cup to be held in the northern hemisphere’s winter will kick off in the Gulf nation of Qatar on November 20.

This year’s World Cup has been overshadowed by questions of human rights abuses, with reports that thousands of guest workers have died in the country since it won the right to host the World Cup ten years ago, as well as criticism over the country’s attitudes to gay people. Despite this, the tournament is selling out at a similar rate to those of the past two decades, with nearly 2.9 million tickets having been sold as of mid-October, according to a statement by FIFA president Gianni Infantino.

Demand for tickets has been highest in Qatar, the United States, Saudi Arabia, England, Mexico, the United Arab Emirates, Argentina, France, Brazil, and Germany. According to a Statista survey conducted last year, only a third of respondents worldwide thought that the tournament should not be held in Qatar because of human rights violations.

In the UK, opposition leader Keir Starmer has announced he is boycotting the games. A survey conducted by Public First for More in Common, between November 1 and 3, found that of the 2,030 UK respondents, 69% supported his decision, while 12% disagreed. 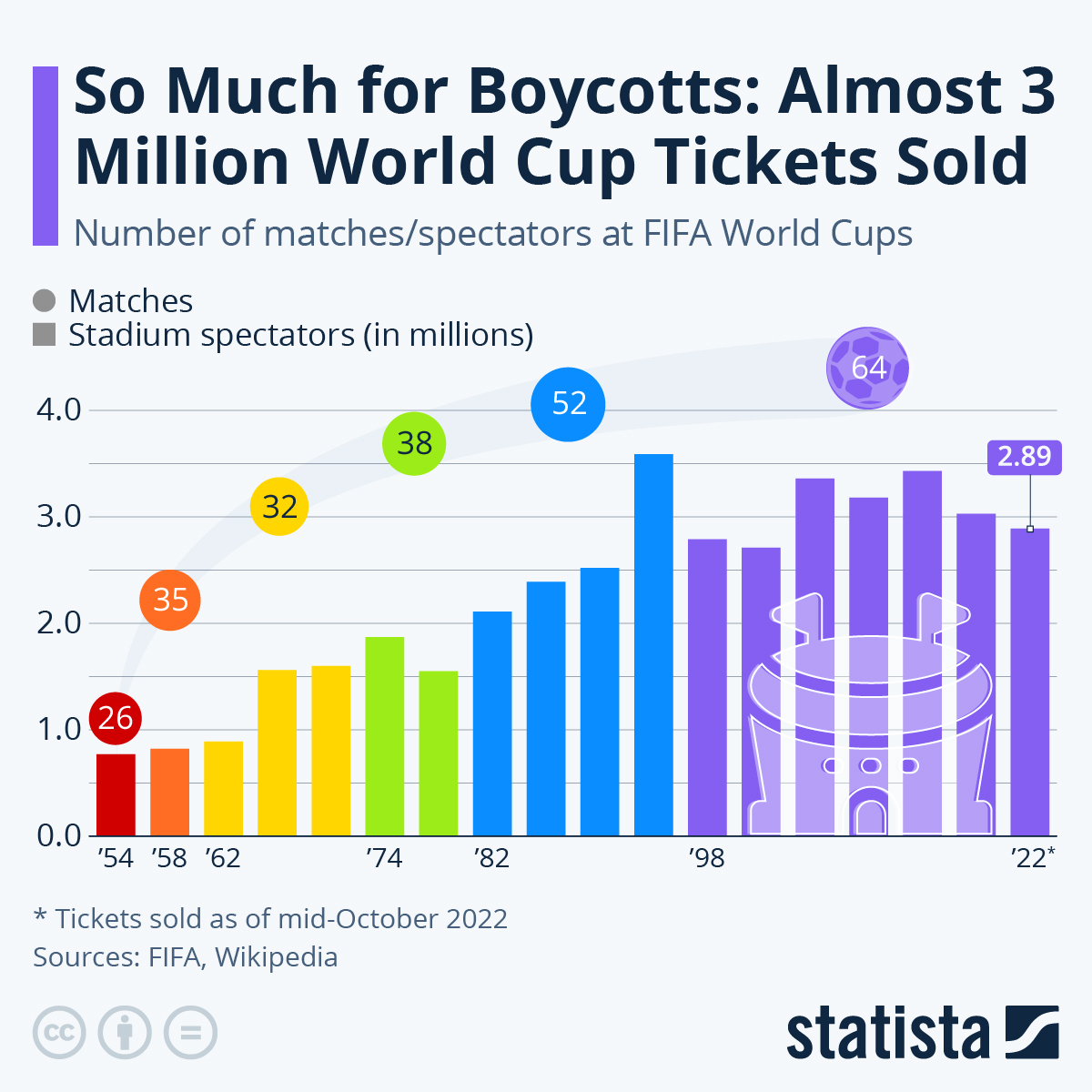