Athletes have described the new regulations as discriminatory and invasive, arguing that “no woman should be required to change her body to compete in women’s sport".

The first time she made headlines, after winning the 800 meters race at the Berlin World Athletics in 2009, South African athlete Caster Semenya was suspected of being a man.

Semenya has been fighting accusations of “gender fraud” for most of her career since then. In the latest, in protest against a new rule the International Association of Athletic Federations (IAAF) has proposed that aims to restrict the levels of testosterone in female runners, BBC reported, the athlete has moved court.

The case is set to be heard next week at the Court of Arbitration for Sport (CAS) in Switzerland.

The Times had initially reported that IAAF lawyers would tell the court that Semenya is a “biological male” classified as female, a charge the IAAF has refuted. The Times article has been pulled down.

The IAAF has claimed that it is “not classifying” any athlete with “differences of sexual development” (DSD) – of whom South African Semenya is the most notable – as male.

“To the contrary, we accept their legal sex without question, and permit them to compete in the female category,” it said in a statement on Wednesday.

However, the IAAF added that it wants athletes such as Semenya, who was born with internal testes, to reduce their testosterone levels before they compete internationally. Athletes have described the new regulations as discriminatory and invasive, arguing that “no woman should be required to change her body to compete in women’s sport”.

“If a DSD athlete has testes and male levels of testosterone, they get the same increases in bone and muscle size and strength and increases in haemoglobin that a male gets when they go through puberty, which is what gives men such a performance advantage over women,” it continued.

“Therefore, to preserve fair competition in the female category, it is necessary to require DSD athletes to reduce their testosterone down to female levels before they compete at international level.”

But in a study released just this month, researchers at the University of Colorado Boulder (CU) found that the the regulations requiring certain female athletes to lower their tester one levels are based on “fatally flawed” data from a study published last year in the British Journal of Sports Medicine.

The paper, published this month in the International Sports Law Journal, asks for the original research to be binned.

“In almost any other setting of science, errors of this magnitude would lead to a paper being retracted,” said lead author Roger Pielke Jr., director of the Centre for Sports Governance at CU. “And it certainly would not be the basis for broad regulations that have a profound impact on people’s lives.”

“Any agency, in sport or beyond, should be expected to produce science that can withstand scrutiny and which actually supports the justification for proposed regulations. That simply did not happen here,” he told Science Daily.

The new rules were initially meant to be implemented on November 1, 2018, but with Semenya throwing up a challenge, the launch has been pushed to March 26. The delay means DSD athletes with high testosterone will not be allowed to run for six months from the date any rule change comes in. This in turn means such athletes will miss out on most of 2019’s sporting events.

The 28-year-old athlete has called the rule “medically unnecessary, discriminatory, irrational, unjustifiable” and a “violation of the rules of sport and universally-recognised human rights”.

The pending rules would affect women with testosterone levels of five nanomoles per litre and above.

In fact, it was after the very shameful public debate in 2009 after Semenya’s win in Berlin that led to the IAAF first attempt to set a limit for testosterone and its hyperandrogenism rule was in place, until Indian sprinter Dutee Chand took it to CAS in 2015.

In July 2015, the CAS determined that the IAAF:

“was unable to conclude that hyperandrogenic female athletes may benefit from such a significant performance advantage that it is necessary to exclude them from competing in the female category.”

The IAAF was given two years to produce enough evidence to justify its policy and the organisation was told to suspend its hormone test. 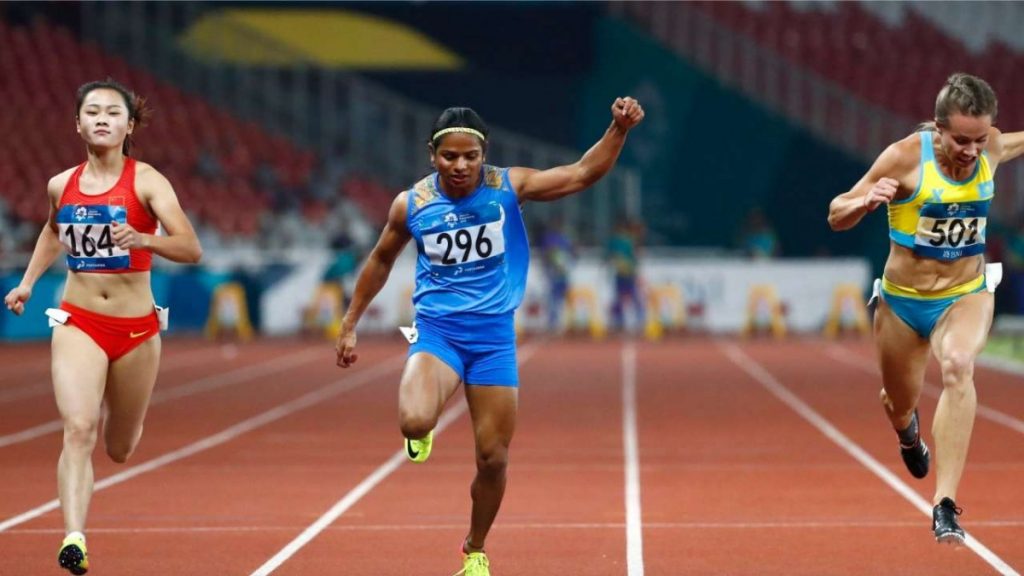 Both Chand’s and Semenya’s cases aren’t new in the world of sport. There is a long history of sex-testing female athletes – from a simple submission of medical certificates, to forced gynaecological exams and even a humiliating “nude parade” held at the European Athletics Championship in 1966, where female competitors were forced to march past three gynaecologists.

As Life magazine reported, this was because “there had been persistent speculation through the years about women who turn in manly performances”.

Also read: Why India Should Criminalise Doping in Sports

Finally, in 1967, the IAAF adopted a laboratory-based chromosome assessment. Anything other than an ‘XX result’ meant the female athlete could kiss her career goodbye. Polish sprinter Ewa Klobukowska, who was banned in 1967 at the age of 21, had said: “It’s a dirty and stupid thing to do to me. I know what I am and how I feel.”

According to estimates, one in 504 elite athletes were disqualified between 1972 and 1990.

After the protests against such testing reached a fever pitch in the early ’90s, the IAAF announced an end to systematic chromosomal testing. The IOC followed suit in 1999. Sporting bodies then initiated the hormone test “to protect the health of the athlete.”